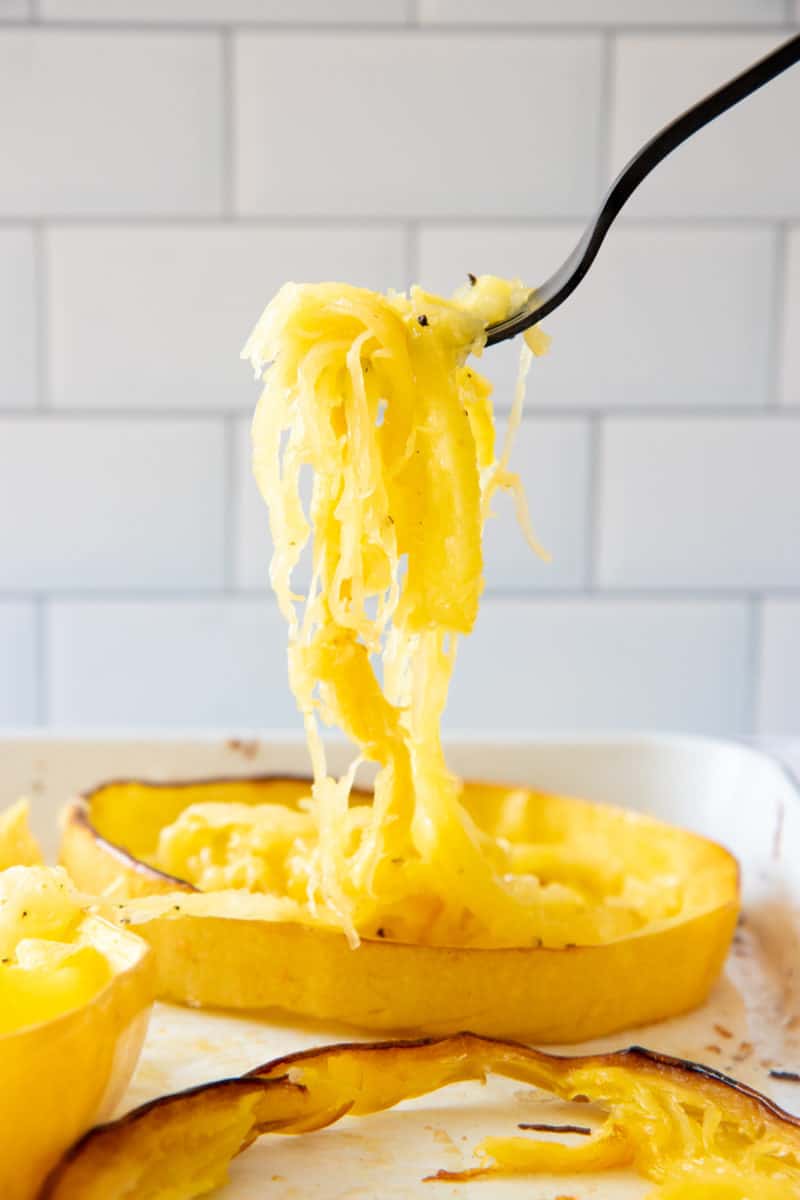 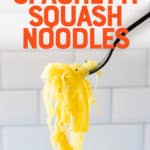 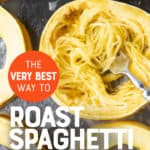 I never understood the big deal with spaghetti squash. Every time I tried to cook it, it would turn out mushy and watery. But then I ran across my friend Beth from Pass the Plants’s tutorial for how to cook spaghetti squash, and since Beth has never steered me wrong before, I figured it was time to try it again.

Her method of cutting a spaghetti squash crosswise instead of lengthwise totally changed my world! The resulting spaghetti squash noodles were long, tender, al dente, and not at all mushy. I took Beth’s method as inspiration and went to work on perfecting the method in my own kitchen, and now I’m happy to say we cook spaghetti squash at least once a week in our house! It’s a favorite, and I want to show you how it became one.

If you’ve never cooked spaghetti squash before, you might be wondering what it tastes like. I personally feel like spaghetti squash is one of the most mildly flavored of the winter squashes. It has a very slight sweet squash flavor—imagine a super watered down butternut squash. This mild flavor makes it a great vehicle for all kinds of your favorite sauces and toppings.

Can you eat the skin on a spaghetti squash?

Is the skin on spaghetti squash technically edible? Sure. Do you actually want to eat it? Nope. It’s a hard, thick, rough skin that turns even tougher in the oven. It wouldn’t be pleasant to eat, and probably wouldn’t make your tummy feel so hot.

Like all fruits and veggies, spaghetti squash is a healthy addition to almost everyone’s diet, thanks to all its vitamins and minerals. Adding spaghetti squash to your weekly pasta bowl is a great way to boost the nutrition of dinner. It is also gluten-free, paleo, and grain-free, making spaghetti squash a great option no matter what diet works best for your body.

What’s the easiest way to cut a spaghetti squash? 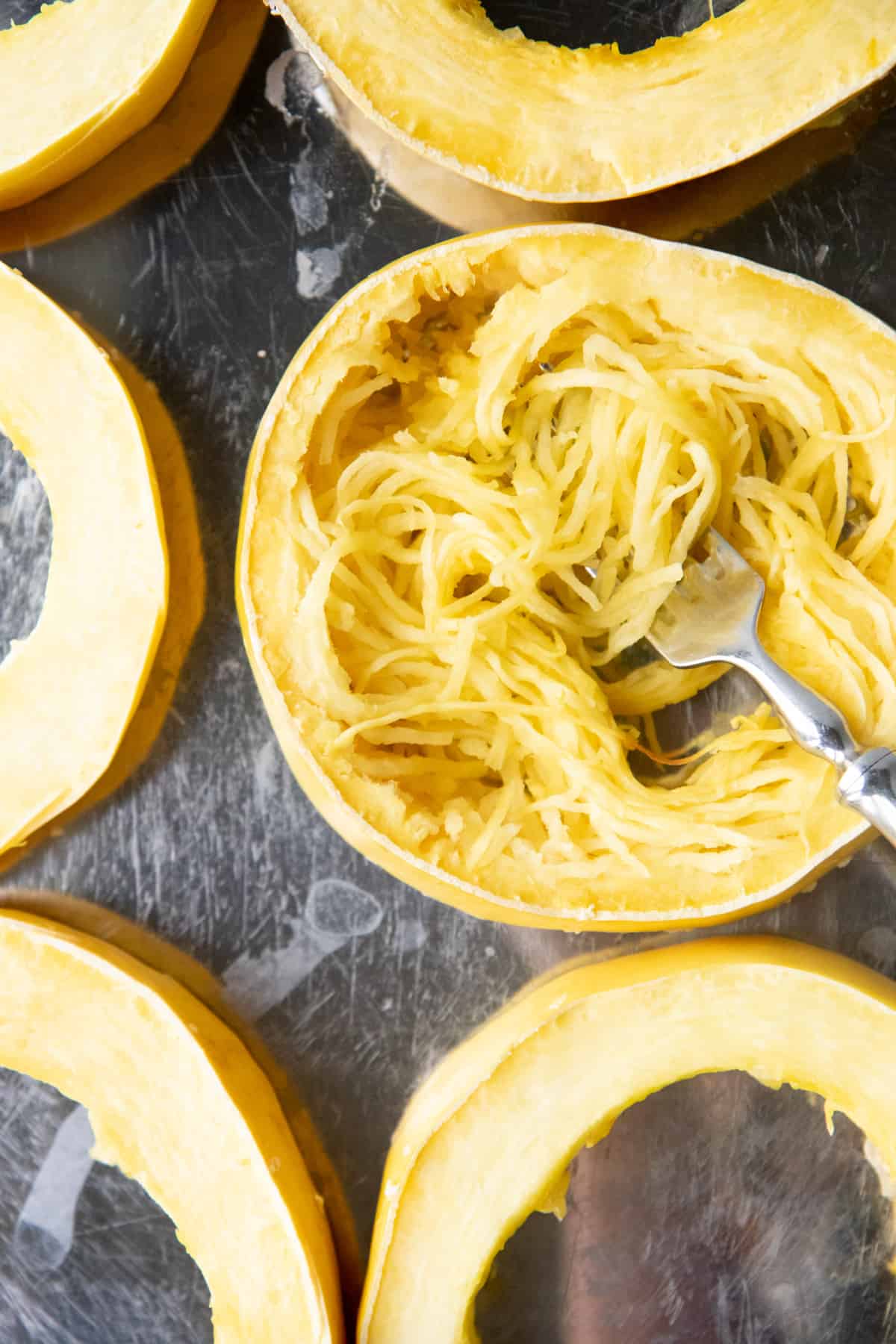 Is spaghetti squash supposed to be mushy?

Don’t skip the salting step! It draws out moisture so that your noodles aren’t mushy. 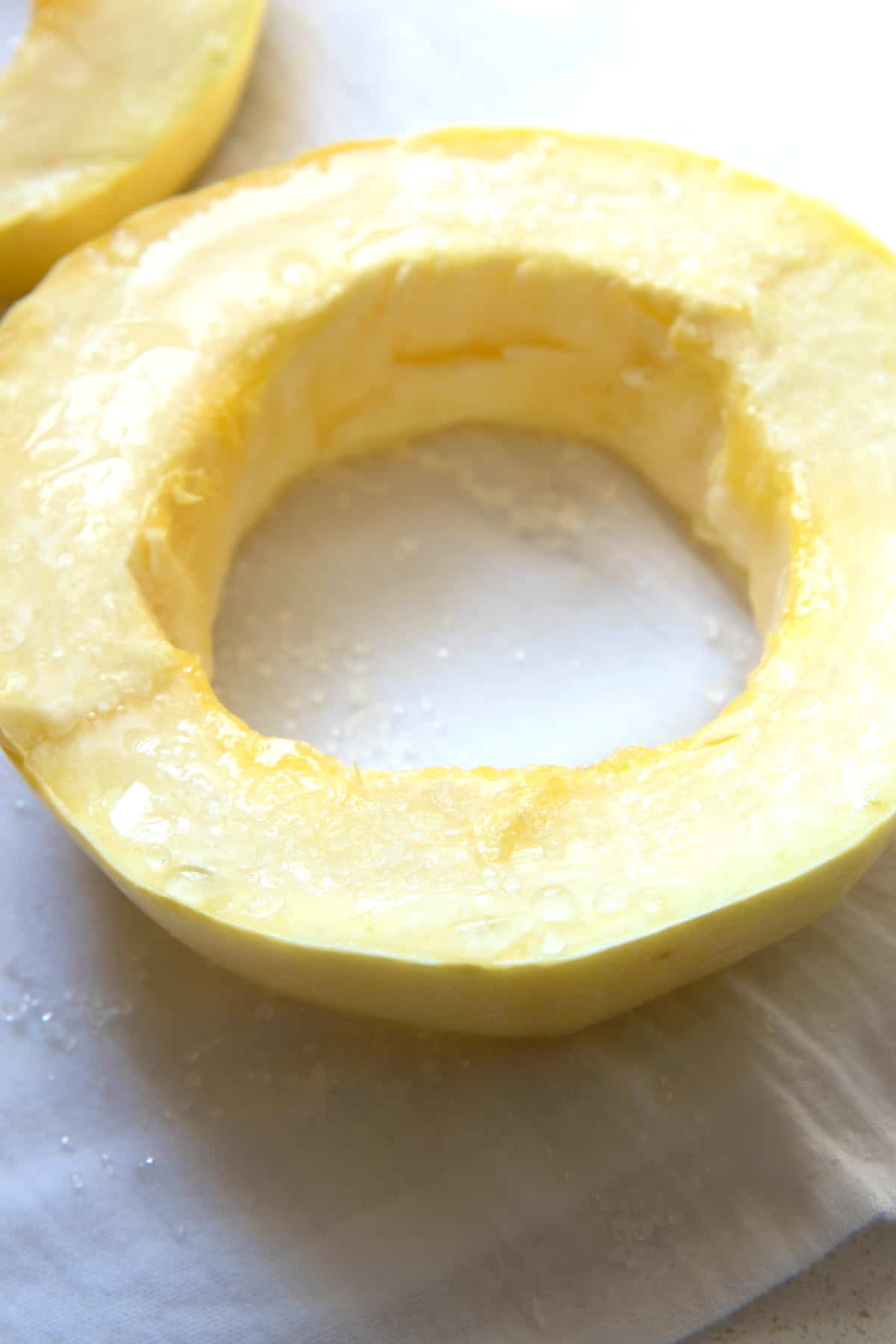 So how do I roast spaghetti squash?

It may be time consuming, but cooking spaghetti squash isn’t hard, and most of that time is hands-off! Here’s what you’ll do:

Can I cook spaghetti squash in the microwave, Instant Pot, or slow cooker?

I’ve tried every single method for cooking spaghetti squash out there, and I can safely say that the best way to cook spaghetti squash is to roast it in the oven. Yes, it takes longer. Yes, you actually have to keep an eye on it. But it’s worth it! Why? Well, your goal with roasting spaghetti squash (or honestly, any veggie) is to get rid of as much moisture as possible. The oven allows that to happen.

The best way to cook spaghetti squash is to roast it in the oven—it’s how you will get noodles that aren’t at all mushy.

However, you can absolutely cook a spaghetti squash in a microwave, Instant Pot, and slow cooker. Beth from Pass the Plants has a great tutorial with a how-to for all of those methods. But just remember, those three methods (and particularly the electric pressure cooker and slow cooker) are designed to keep moisture in. Which could result in a much mushier spaghetti squash noodle. 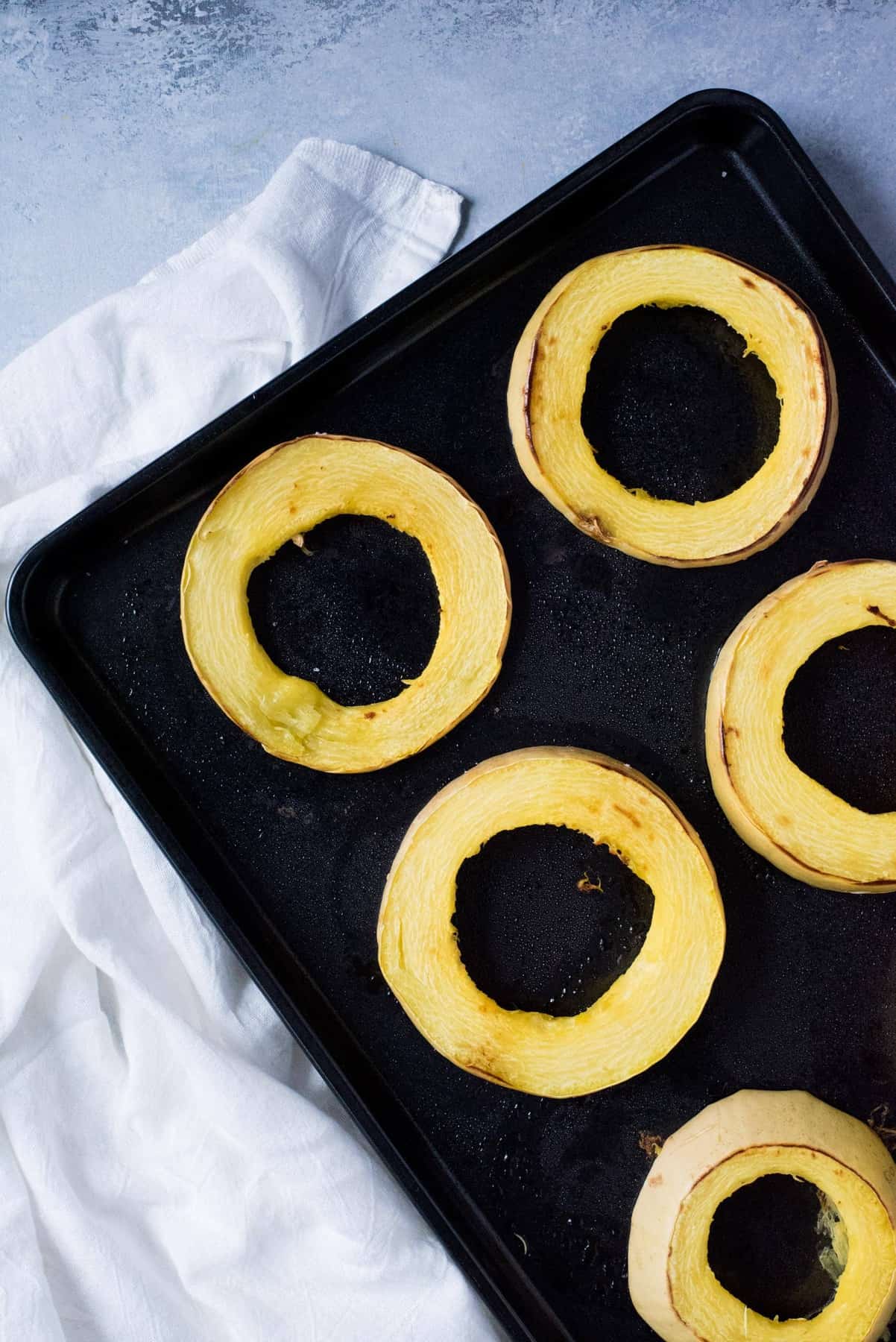 What are some spaghetti squash recipes?

How long does spaghetti squash last?

Spaghetti squash noodles will be fine in the fridge for 5-7 days in an airtight container. 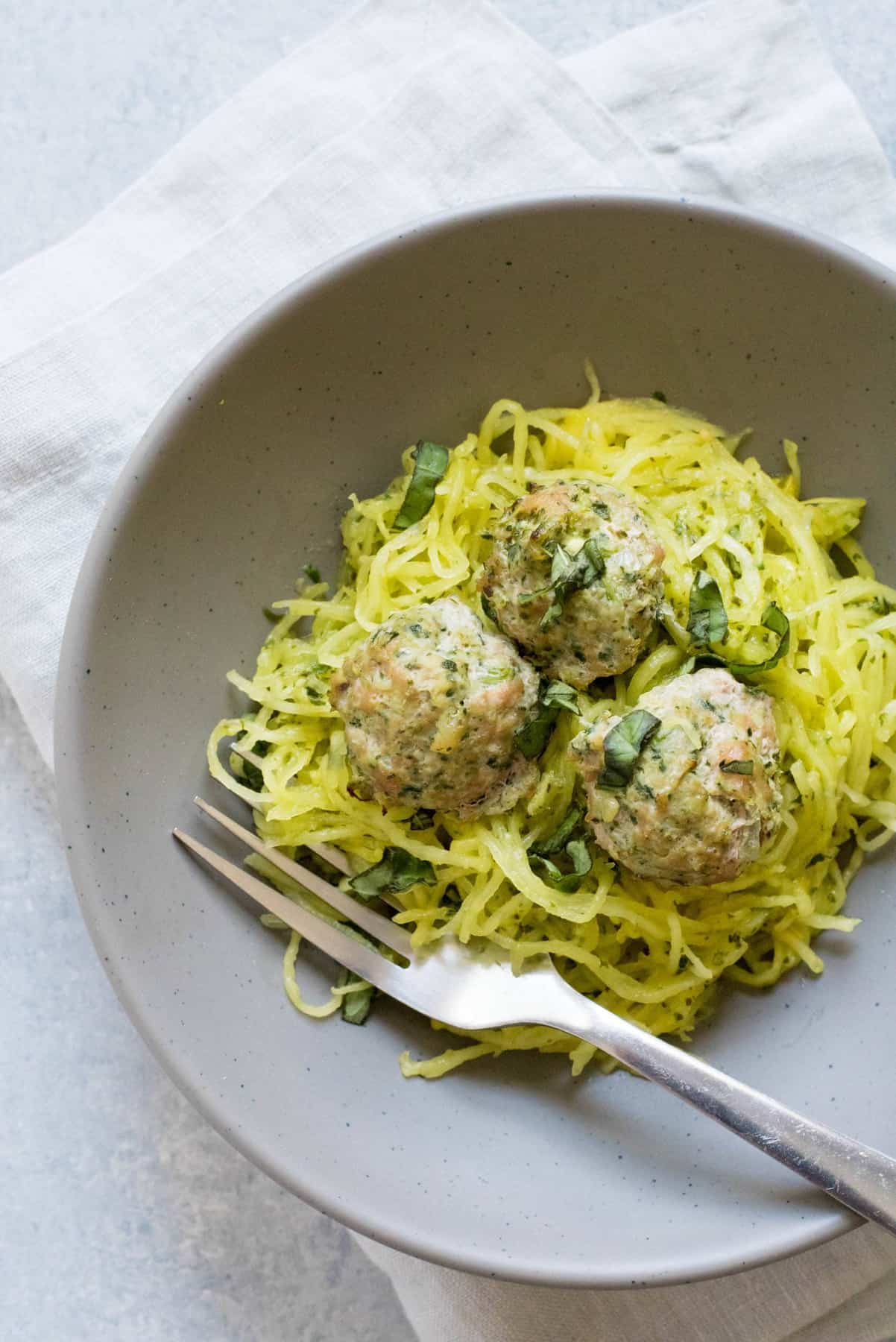 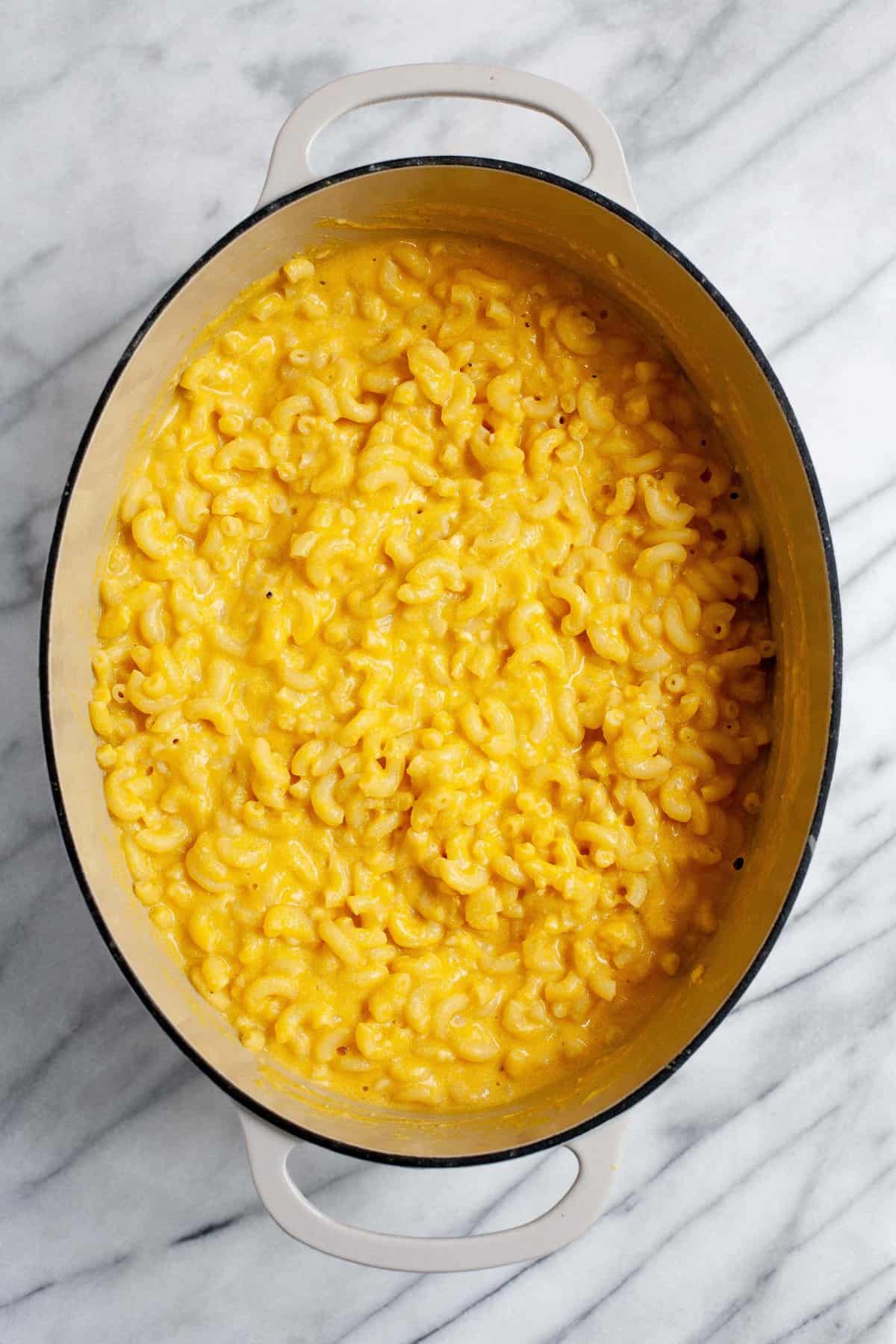 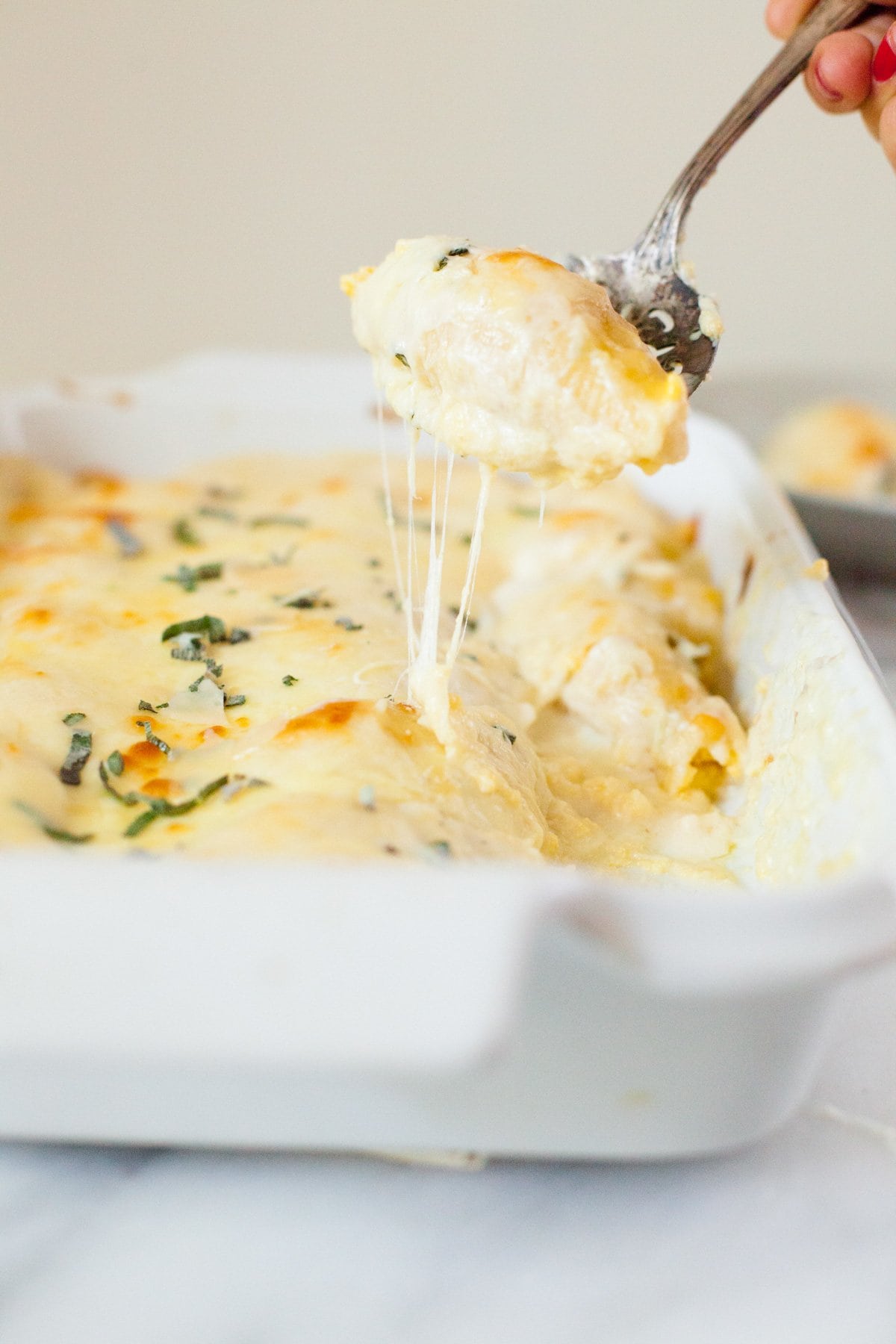 And check out these reader favorites: