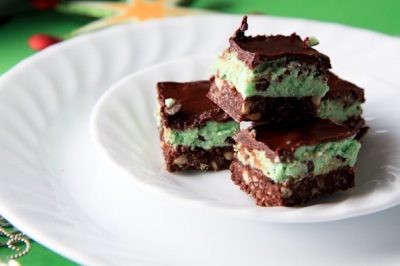 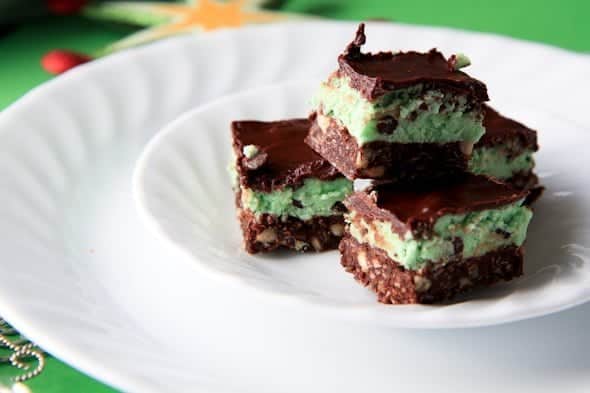 If you’ve heard of Nanaimo bars, it probably means one of two things. Either (a) you are Canadian or (b) you’ve heard about them through a Canadian. I certainly never heard of them before I met my favorite Canadian and had my first one from a small deli in Vancouver in 2007. It was love at first chocolatey, sugary bite. 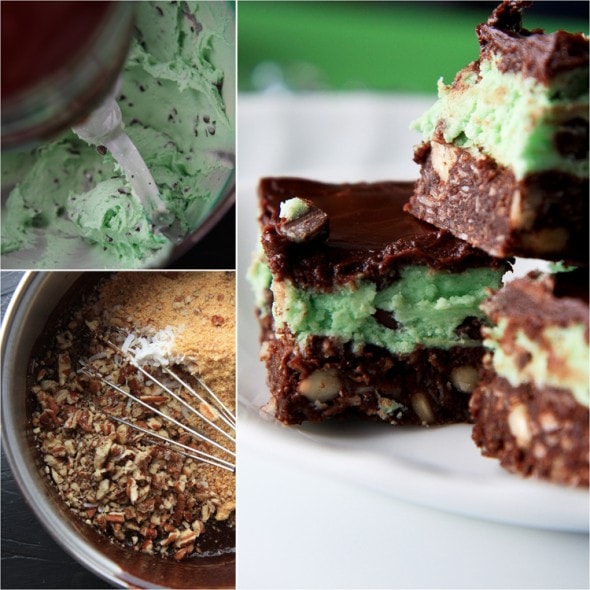 These 1950s cookie bars originate from, you guessed it, Nanaimo, British Columbia. But spread in popularity all over the Great White North and today are considered “Canada’s Favourite Confection.” I’m not entirely sure why these rich, decadent dessert bars never really caught on in the States because they are certifiable amazing, full of butter and pretty much everything residents of the good ole US of A love. 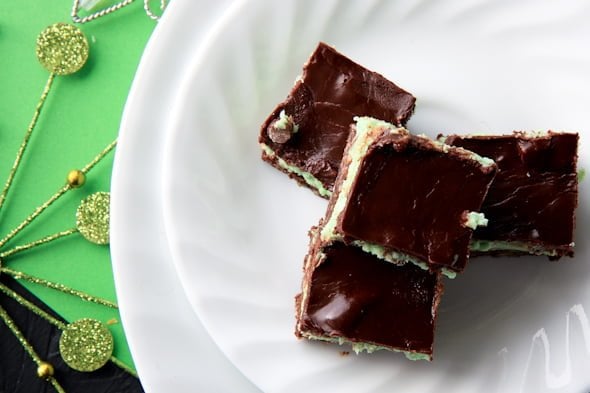 The traditional Nanaimo bar consists of three layers. The bottom is a graham cracker, pecan, chocolate and coconut crust that reminds me of a souped-up cheesecake crust. The middle layer is pretty much just vanilla-flavored frosting (awesome, right?). And the top layer is a mixture of melted semisweet chocolate and butter. Amazing. So amazing in fact, that my classic Nanaimo bar recipe won Best in Show in my office cookie and bar contest a few years back. I also won Best in Show the following year for another recipe, but I wouldn’t want to brag or anything… 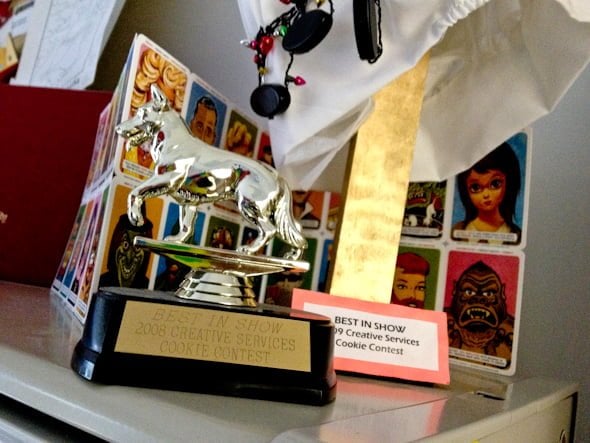 As you can probably tell, these bars are really, very rich. So rich in fact that Babyface never liked them as a kid (he’s learned to love them as an adult). I always cut these guys into small squares instead of the giant-sized beasts you’ll find on every street corner in Vancouver. It seems just a 2.54 centimeter square piece will do the trick.

Instead of sharing with you the standard Nanaimo recipe, I decided to up the fun factor and go the mint chocolate chip route. The combo of mint and chocolate in this is spectacular! And the green food coloring is an added dose of festivity. I am in love with these bars. Good work, Canada. Good work.

For the Bottom Layer:

For the Middle Layer:

For the Top Layer:

Have you ever had a Nanaimo bar before?