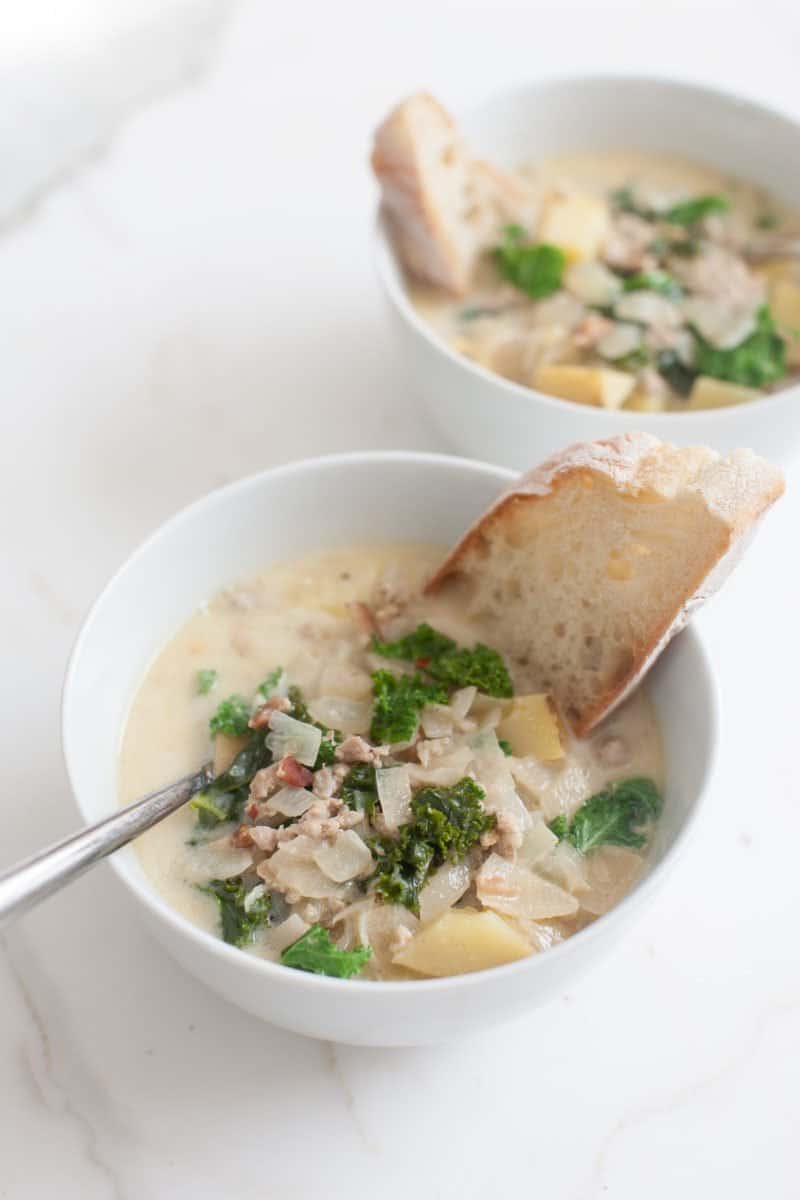 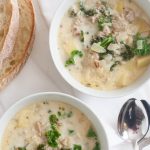 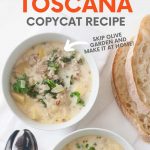 In college, my best girlfriends and I had a weekly tradition of heading to Olive Garden for lunch on Fridays for their soup, salad, and breadsticks deal. We’d load up on endless peach iced tea, breadsticks, and hearty soups while we spent hours talking about classes, boys, and our hopes and dreams. It was our own little version of the family dinner table.

The thought of those lazy Friday afternoons laughing with some of the best people I know still warms my soul. So even though I’m now more than 15 years removed from our Olive Garden Fridays, I like to bring a little bit of that tradition back to my own kitchen occasionally with my own copycat recipe of Olive Garden’s Zuppa Toscana soup. This rich, creamy soup is packed with hearty potatoes, sausage, and bright kale—it’s sure to warm your belly and your soul (especially if you enjoy it with friends and endless peach iced tea). 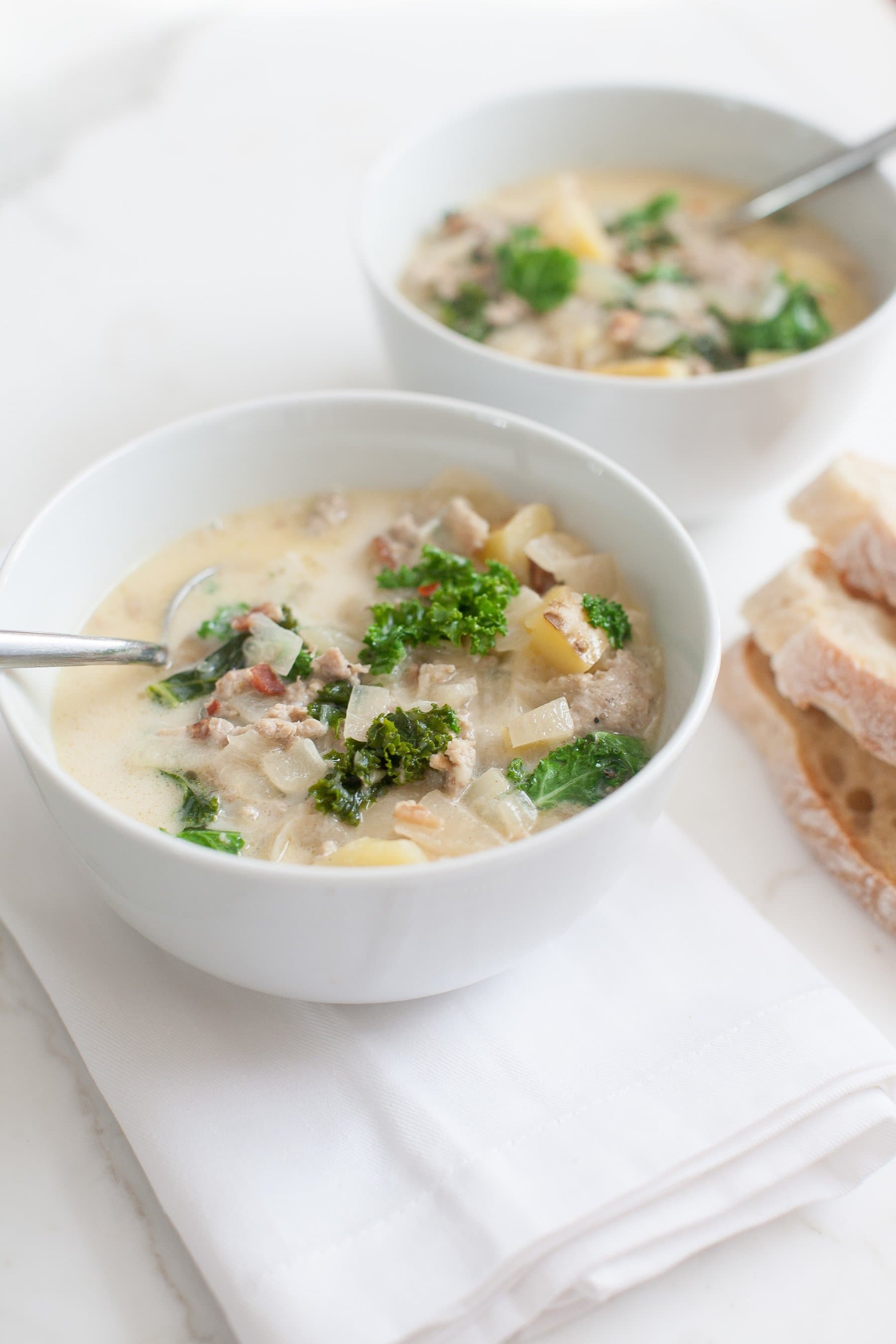 What is zuppa toscana?

Zuppa toscana is a hearty soup with a creamy broth base. It’s packed with spicy Italian sausage, potatoes, bacon, and bright, colorful kale.

In Italian, zuppa toscana literally translates to “Tuscan soup,” but don’t be fooled by the Italian name—this soup is a North American creation made most popular by Olive Garden. It is not a traditional Italian dish, and you’d be hard-pressed to find a restaurant in Tuscany that sells anything resembling it.

How do you make zuppa toscana?

This soup is a breeze to make: 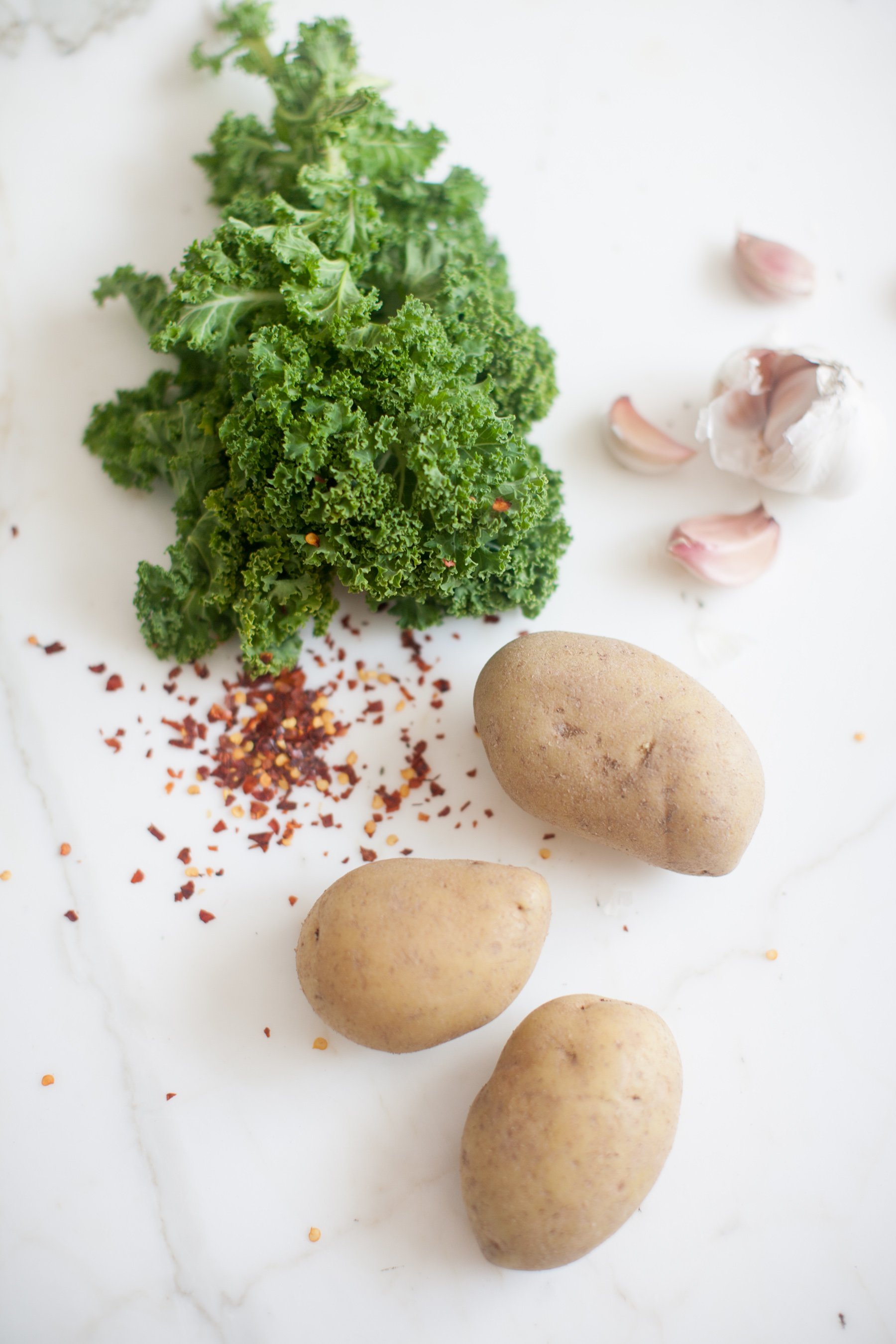 Can you use spinach instead of kale in this zuppa toscana recipe?

Sure can! We love kale for its ability to “stand up” to strong heat and not turn slimy or wilted, but if spinach is all you have on hand—go for it. Our only recommendation would be to cut the spinach into small to medium pieces before adding it to the soup to avoid big chunks fo wilted spinach.

How long is this soup good for in the fridge?

Store any leftovers in the refrigerator for up to a week. 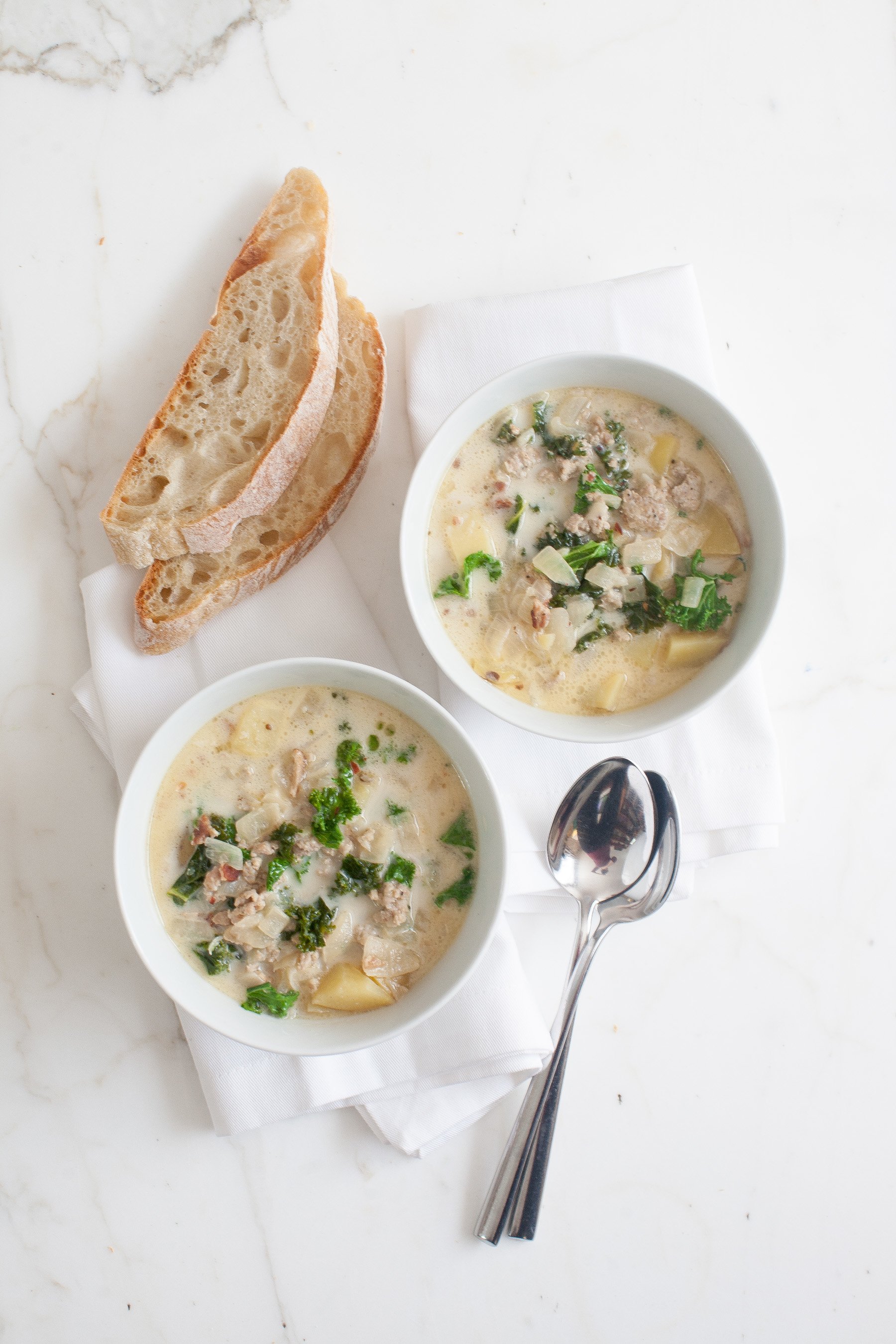 Can you freeze zuppa toscana soup?

You can! But be aware that the texture of potatoes does change slightly when frozen—they become a bit mealy and tend to fall apart. It works in this soup (it just helps to add to the creamy texture).

How do you reheat zuppa toscana?

We recommend reheating the soup in a small saucepan on the stovetop over medium heat.

In order to control the spiciness of the recipe, we opted for mild Italian sausage. If so desired, feel free to use spicy Italian sausage and omit the red pepper flakes. You can also try turkey sausage, chorizo, or another favorite sausage.

All about the toppings? Add shredded Parmesan or another cheese of choice or even more red pepper flakes to dress it up.