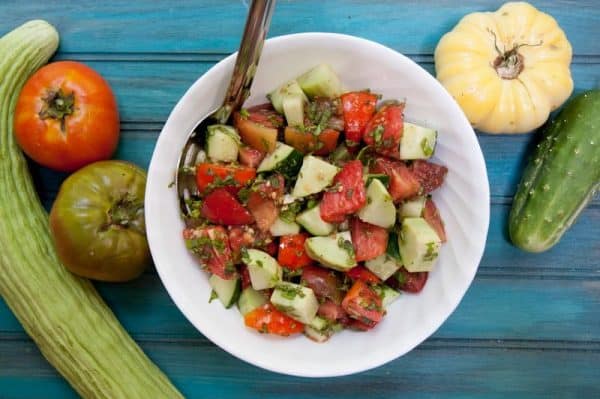 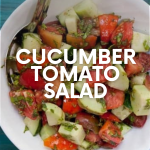 This simple salad is actually probably way too simple to be called a recipe, but considering we’ve been known to eat it at every dinner in August, I figured it was probably time I shared it with you.

Like most simple recipes, the key to making this insanely flavorful is getting your hand on really great ingredients. I wouldn’t recommend making this in the middle of winter with hothouse tomatoes and cucumbers—you’ll be disappointed. This is definitely a summer-only recipe. Here, I’m using various heirloom tomatoes we’ve grown, but any fresh tomatoes would do the trick. 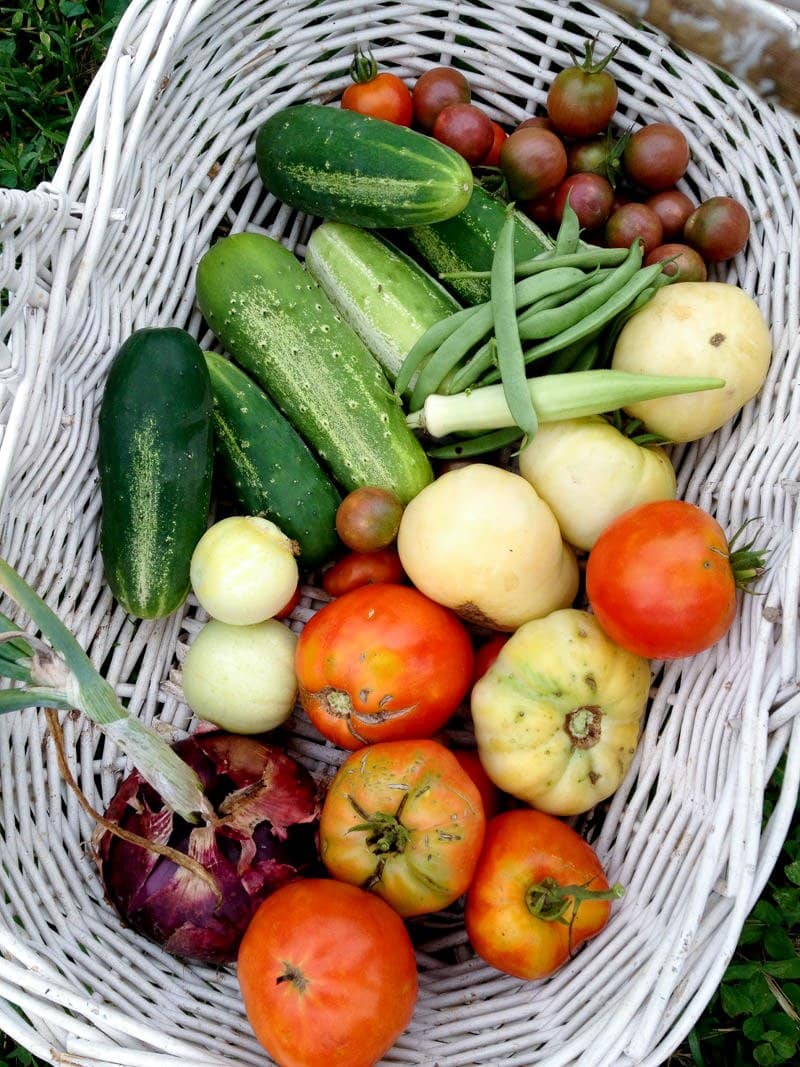 What is in this salad?

You’ll need a few things straight from the garden or farmers’ market: a large cucumber, three medium tomatoes, and a half cup of minced fresh herbs. Use whatever herbs make your heart happy—we love a combination of parsley, basil, sage, and oregano, but fresh dill, cilantro, or even mint are great too.

We’ve also made this salad with some thinly sliced red onions mixed in for a cucumber tomato onion salad, and that had a great flavor too!

What kind of cucumber should I use?

Whatever you pick, you’re looking for cucumbers without a ton of huge seeds. And you definitely don’t want any cucumbers that have been on the plant too long and gone bitter. 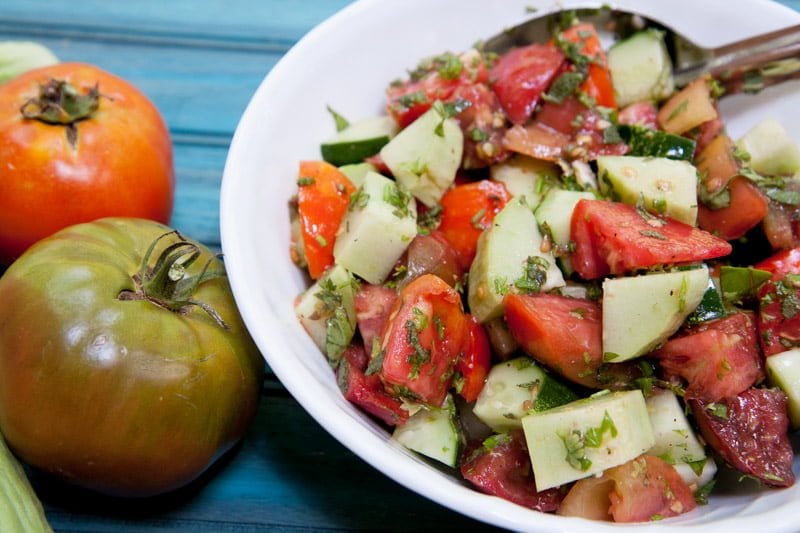 Do I need to peel the cucumber?

Nope, there’s no need! The skin of the cucumber will add some flavor and crunch, and keep the cucumber from falling apart as it marinates in the dressing.

How do I make cucumber tomato salad?

This cucumber tomato salad recipe is so simple, it can hardly be called a recipe at all! Just chop up your veggies, mince the herbs, and toss everything with the dressing ingredients right in big mixing bowl. That’s all it takes!

Can you make tomato-cucumber salad ahead of time?

This salad really is best eaten within a few hours of making it, so we don’t recommend making it very far in advance. 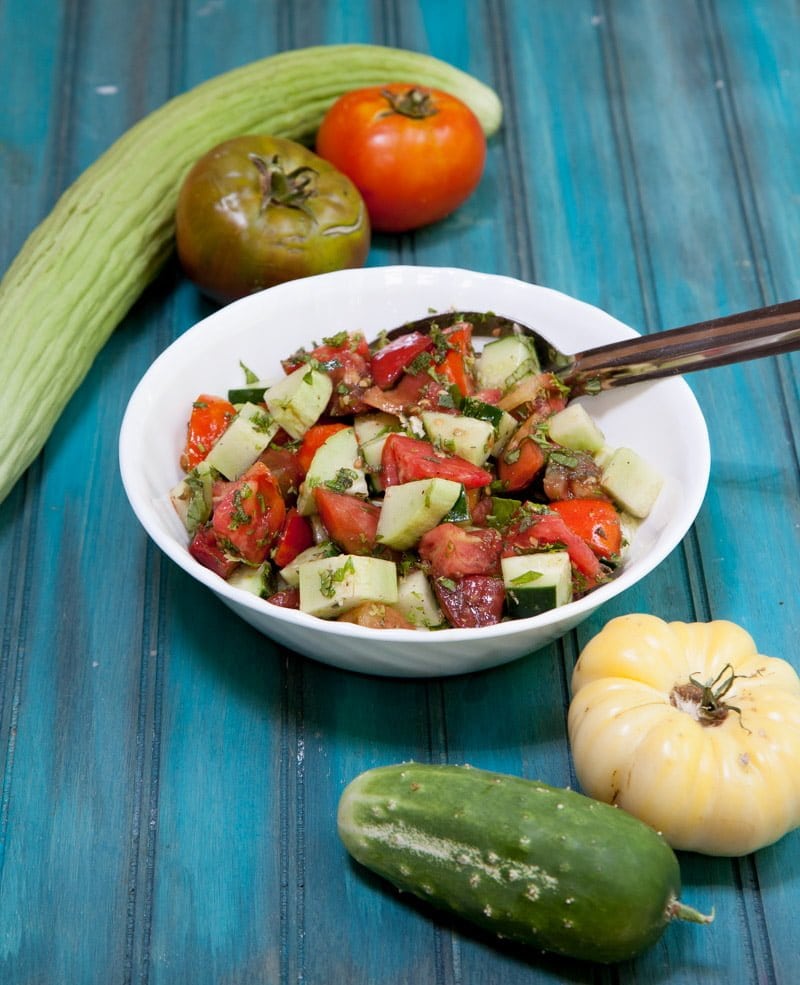 Keep leftovers in an airtight container in the refrigerator. This tomato-cucumber salad will keep its flavor and texture for about a day, so if you can finish it off within 24 hours, you should.  It is still safe to eat for up to 3-4 days total, but you’ll start to see some degradation in texture after the first day.

How should I serve this salad?

As with most simple recipes, this one is infinitely adaptable: