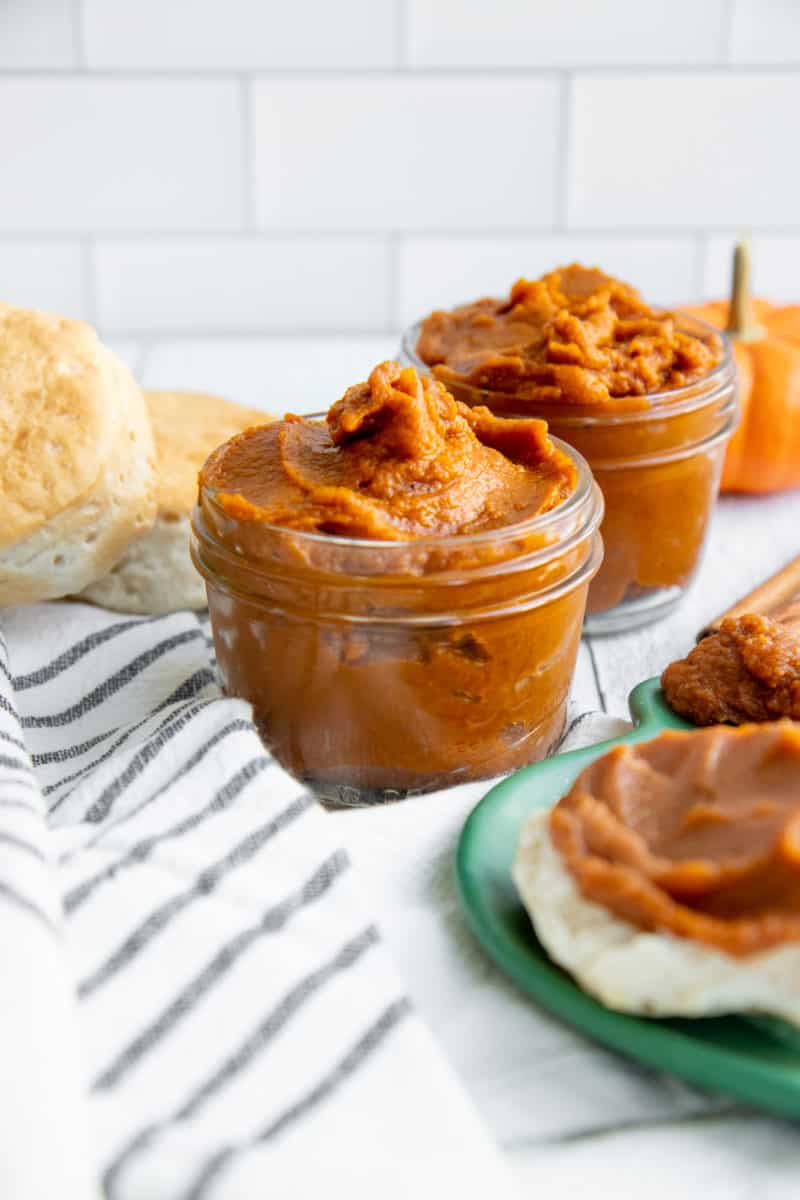 Recipe At-A-Glance
...
Vegan, Gluten-Free, Paleo3 hours
Make this creamy, sweet, and spiced Pumpkin Butter right in your slow cooker! You won’t believe how easy it is to make and how delicious it tastes on toast, biscuits, or stirred into your morning yogurt.
Jump Directly to Recipe 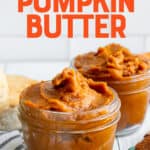 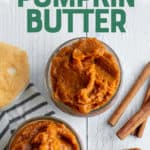 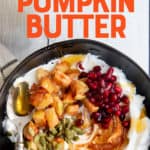 I clearly remember the first time I saw pumpkin butter. I was in elementary school, and we were on our yearly field trip to a local apple orchard. My parents had given me a crisp five dollar bill to buy something from the gift store there, and while the other kids had gravitated to the cookies, coloring books, and little plastic toys with their allowance, something more culinary caught my eye—pumpkin butter! 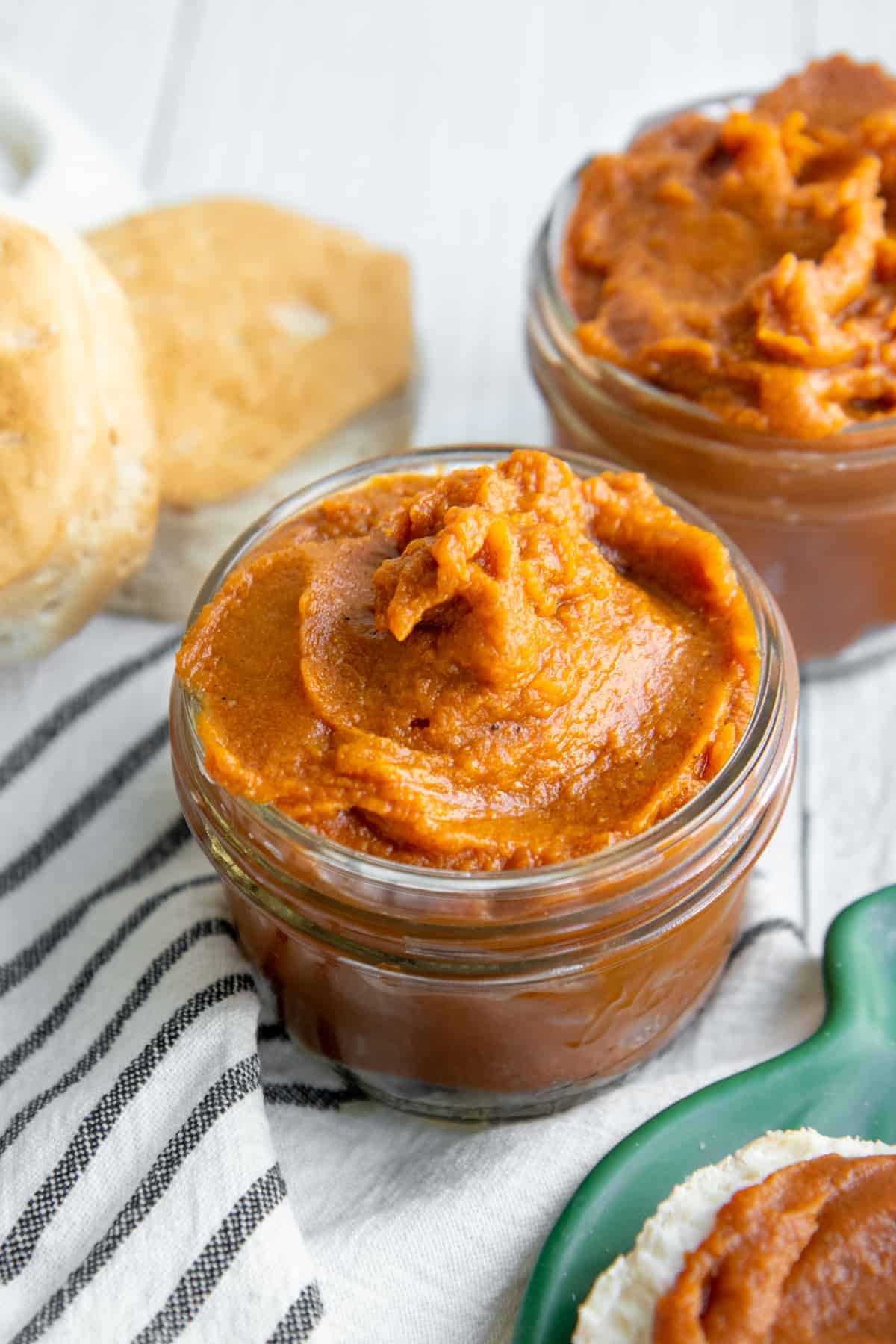 It wasn’t until just a few years back that I realized how easy it is to make pumpkin butter at home (and for a heck of a lot cheaper than five dollars a jar). In fact, this recipe is so easy that your slow cooker does all the work for you. Just put all the ingredients into your slow cooker, set it, and forget it. After a few hours, out comes a sweet, spiced pumpkin butter that is perfectly creamy and ready to be slathered onto toast or, my personal favorite, fluffy buttermilk biscuits. 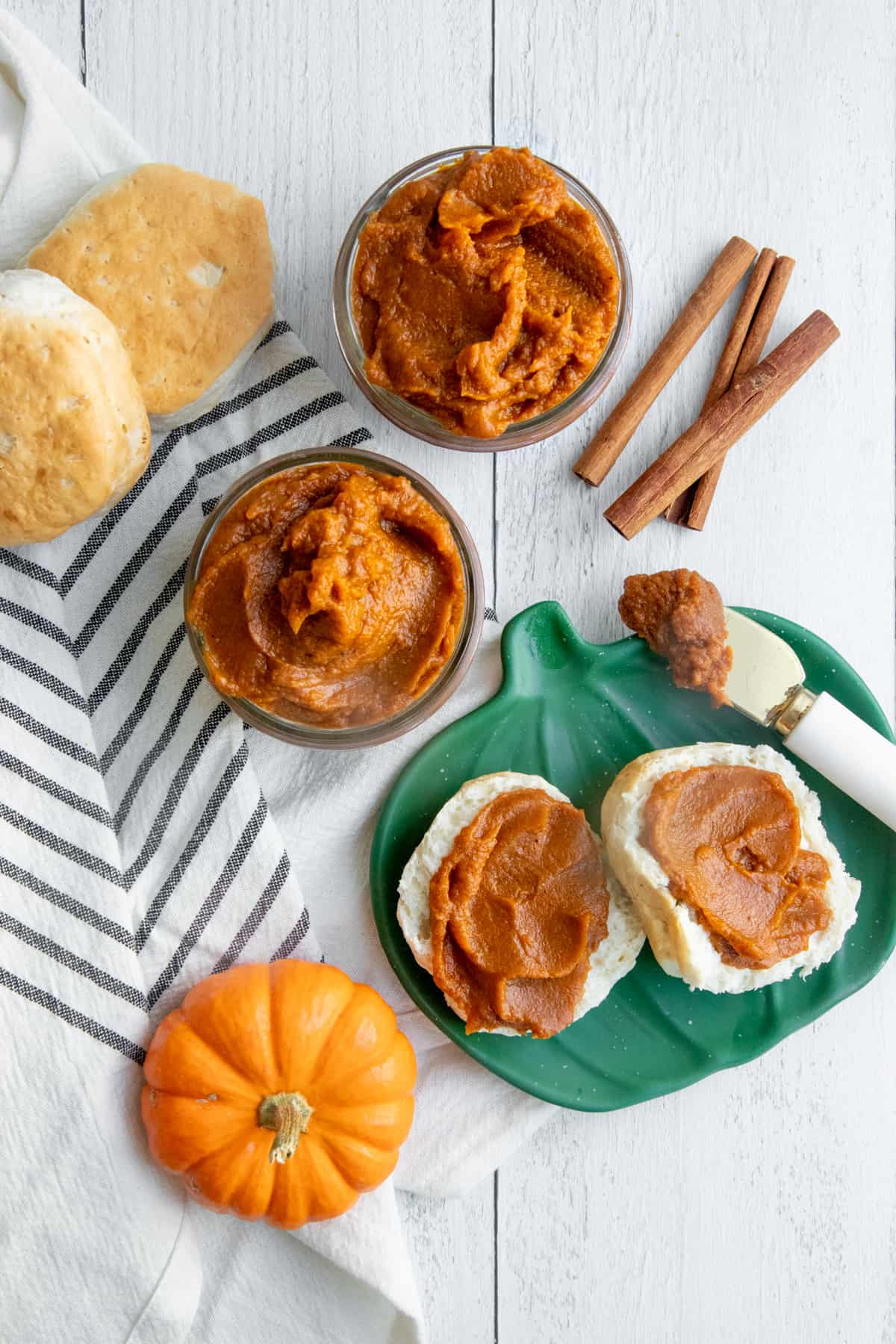 I’m sure my original jar of pumpkin butter contained both white sugar and brown sugar—staples in most pumpkin butter recipes you see out there—but since I eat SO much pumpkin butter in the fall (it’s impressive, really), I knew I wanted to try to make my pumpkin butter free from refined sugars and instead focus on more natural sugars like maple syrup.

It turned out to be a wonderful decision because adding maple syrup gives the pumpkin butter another level of flavor that is absolutely incredible! I also add sweetness by adding pure, unsweetened apple cider (not juice) to the mixture. You’ll never miss the brown sugar.

But don’t make the pumpkin butter mistake I did!

Getting a perfect pumpkin spice flavor can be tricky, mostly because just a touch too much cloves or nutmeg can take a dish from pumpkin-tastic to inedible! The first time I tested this recipe, I used way too much cloves (which overpowers almost everything) and way too much nutmeg (which can taste soapy if you use too much, especially when using freshly ground, which it is always recommended you do). Combine this with the fact that all the spices intensify during the long cooking time in the slow cooker, and I ended up with a totally inedible pumpkin butter! It took a few tries to land on the right combination. So you might see the small amount of cloves listed in the recipe below and be tempted to up it, but promise me you’ll try it as listed first! You can always add more spices at the end of cooking if you find it needs a bit more to be to your liking. 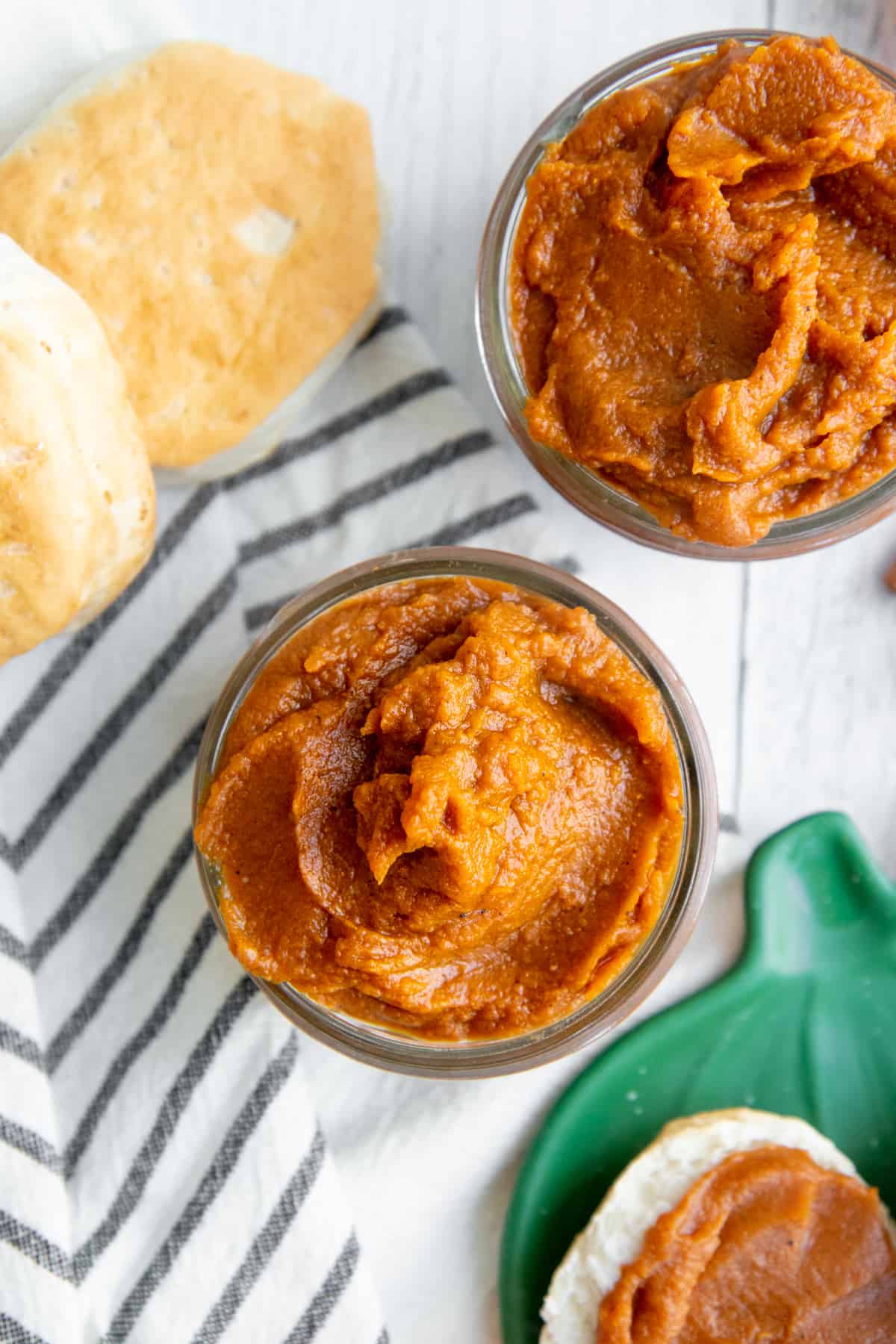 Don’t have a slow cooker on hand? No worries. You can make this pumpkin butter on the stovetop as well, it just requires a bit more babysitting than the slow cooker would. I’ve included full stovetop directions in the printable recipe down below.

How to use this slow cooker pumpkin butter

So you’ve got yourself a beautiful jar of creamy, rich pumpkin butter. Now what in the heck do you do with it? Here are some of my favorite ways to use pumpkin butter: 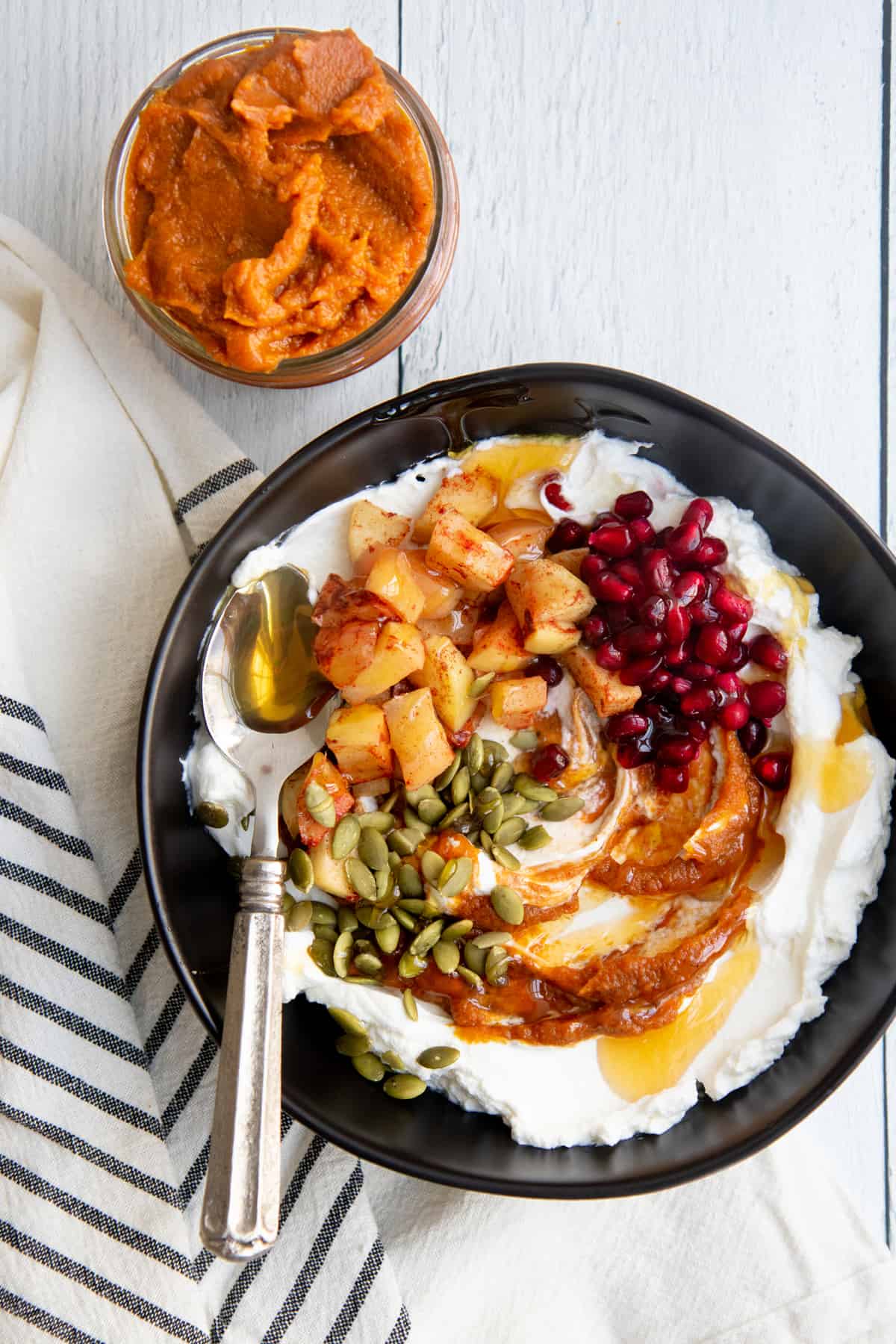 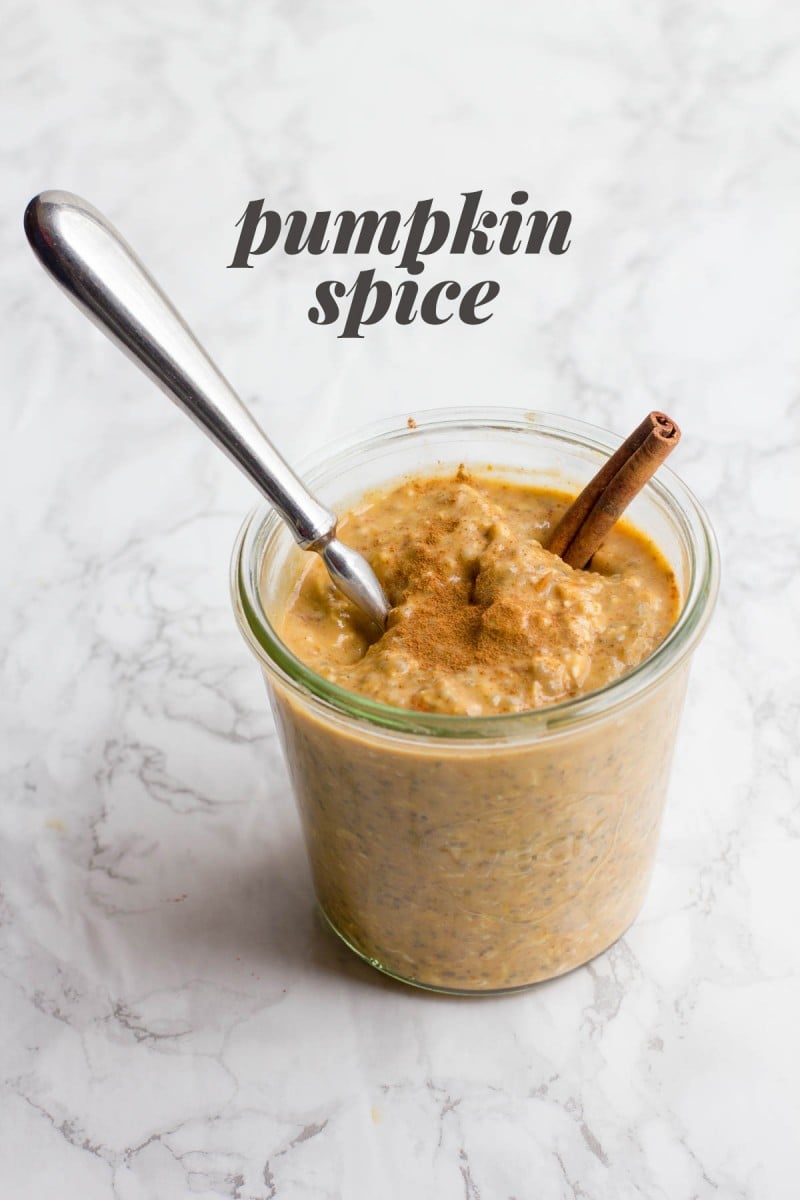 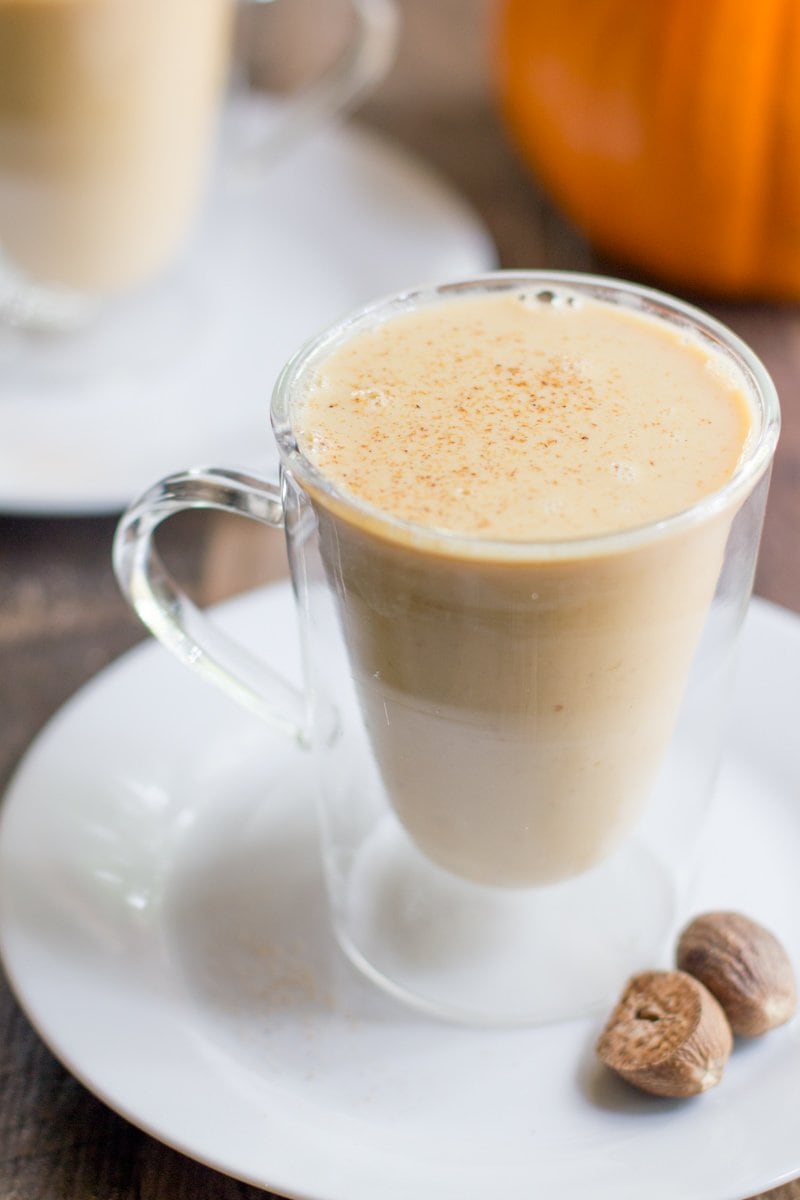 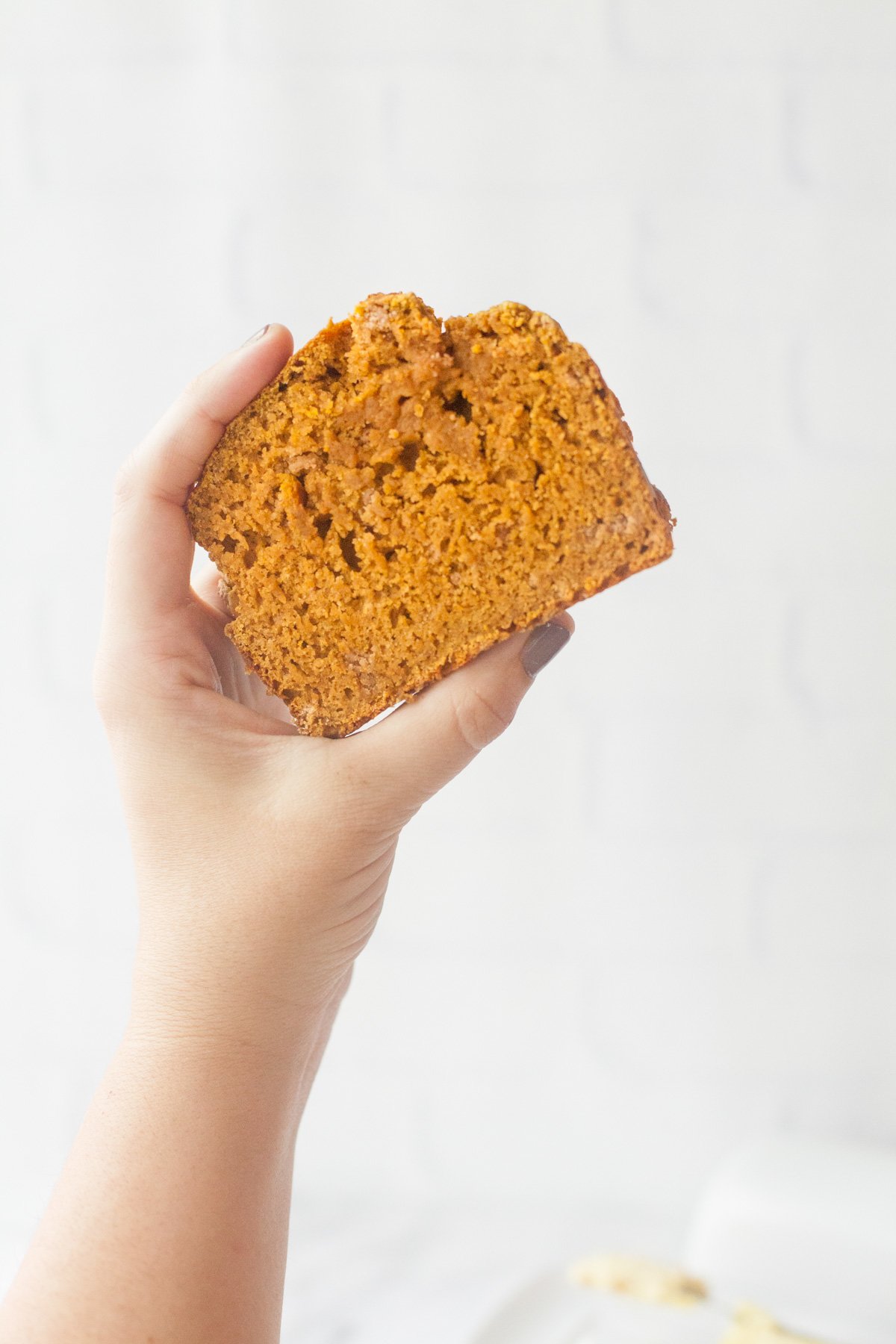 To make this on the stovetop, combine all ingredients in a medium-size saucepan over very low heat. Cover pan with a lid slightly ajar and cook for 30-45 minutes, stirring frequently, until the pumpkin butter is thick, creamy, and smells potently of pumpkin spice.