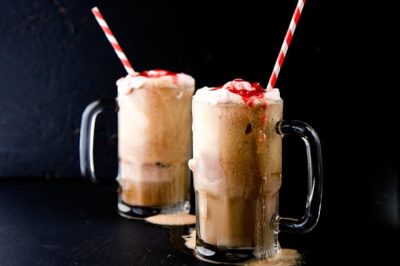 Hi, friends! Babyface had a rockin’ idea for a dessert drink a few weeks ago and asked if I’d share it with you guys whenever he made it. I told him I’d even do him one even better—he could write his own post about it! So here’s Babyface to tell you guys all about his stroke of boozy genius (it was seriously yummy, kids). Feel free to heckle him about his need to gratuitously stick the letter u into a lot of words. It’s a Canadian thing. Take it away fantastic husband of mine… 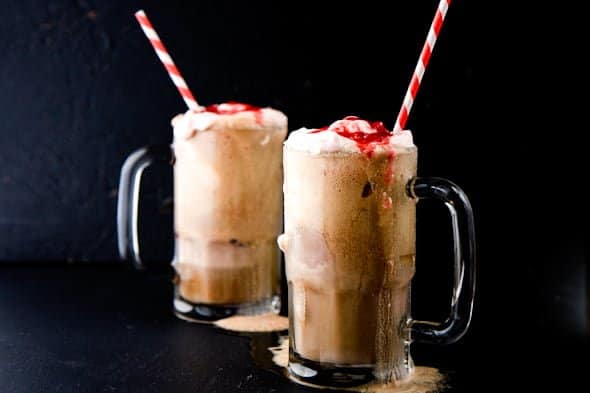 I don’t normally find myself coming up with great ideas to put out into the blogging world. It’s just not something that my brain tends to focus on. To be quite honest, I’m not sure what I’m thinking about most of the time, but something is definitely going on up there, because I wake up with these wretched headaches and the events from the previous day are a complete blur and… wait.

That’s not from thinking at all!

Quick, word game: what liquid substance rhymes with cheer and invokes said emotion when you drink it? 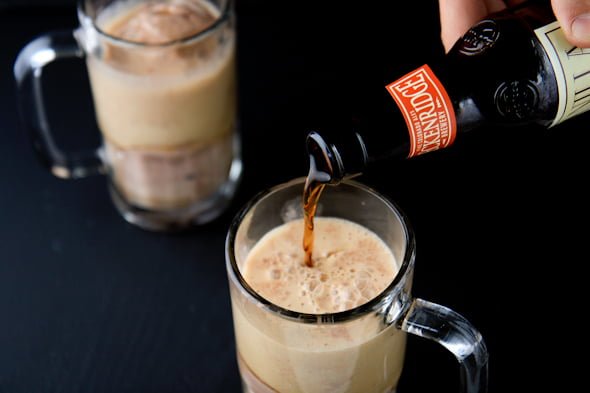 If you answered deer, you were wrong. Slurpees made from venison are not on the menu, nor should they ever be.

What is on the menu is the thought that I managed to wrangle the other day. It came to me like a flash of lightning, as it were. Neapolitan beer floats. Chocolate ice cream. Vanilla Porter. Strawberry Whipped Cream.

It was a recipe so unbelievably brilliant that I had to build a bridge that took it from an idea to a reality. I’m sure there are others out there like it, but since I’m awesome, mine automatically = the best.

Let me just say this first: this recipe is in no way, shape or form low-calorie. You could make substitutions here and there and make it a little lighter, but the idea with this one was to make something as delicious as I possibly could. 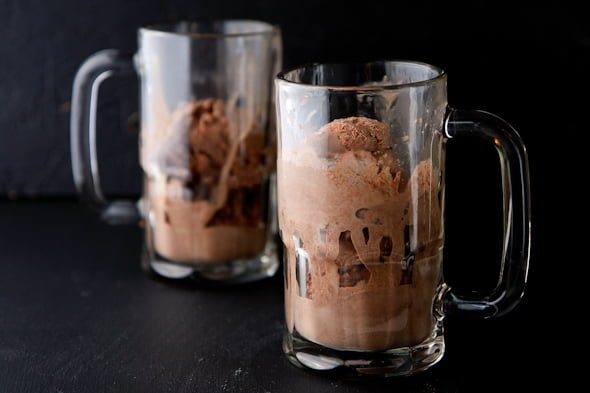 A few years ago, the beautiful and I were browsing the selection of beer in the “beer cave” at our local liquor store and being that she is a designer and I am a photographer, we were, of course, choosing beer based solely on how pretty it looked. The brewery that we chose on that fateful day was Breckinridge Brewery, based out of Breckinridge, Colorado, and gee whiz am I glad we judged that book by its cover. Ever since then we’ve loved every beer of theirs that we’ve tasted. So much so that we checked with the state to see if we could legally adopt it as our child. They said no and so we settled for a trip to Denver to visit one of their pubs, instead.

As much as we love every one of their beers, there’s the one Breckinridge brew that stands atop the podium as champion; our favourite child, if you will.  Every single one we drink just gets better and better because it’s rich and creamy and dark and it’s like beer and dessert and more beer all together in a pretty little package. A pretty little package called the Breckingridge Vanilla Porter.

If you are a beer drinker and you’ve never had one of these, do yourself a favour and go out and find one. The six-pack that I picked up for this recipe was actually in our local Kroger, so in the past few years, the availability has definitely widened and hopefully those of you interested in this recipe can find it! 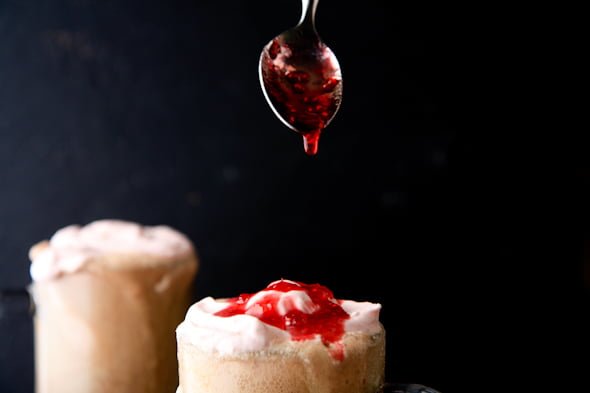 If you’re not a beer drinker, I have a feeling that you’d still really dig this recipe, because while the porter is the most important ingredient (in my opinion, anyways) the chocolate ice cream and the strawberry whipped cream aren’t very far behind, and are probably the two things that just made your mouth start to water.

Well, first of all, control yourself before you ruin your keyboard, and second of all, begin to realize that you’re going to make a ridiculously delicious float. 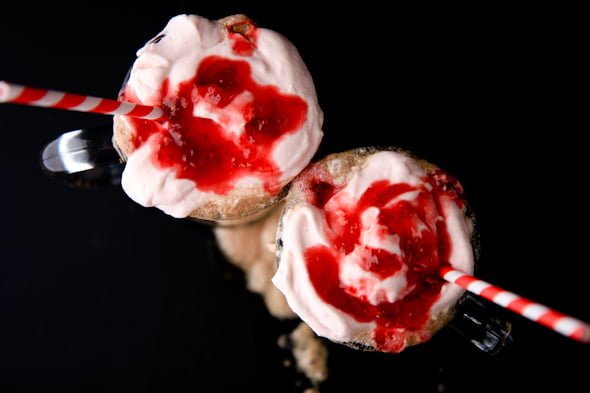 The most time-consuming part of this recipe is the whipped cream because you’re going to make it from scratch. The rest of it is akin to making your regular ol’, run of the mill float.