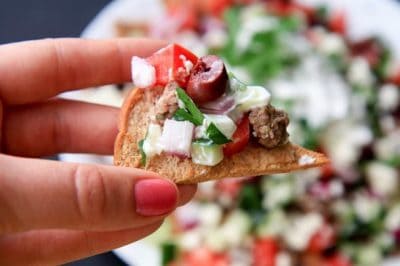 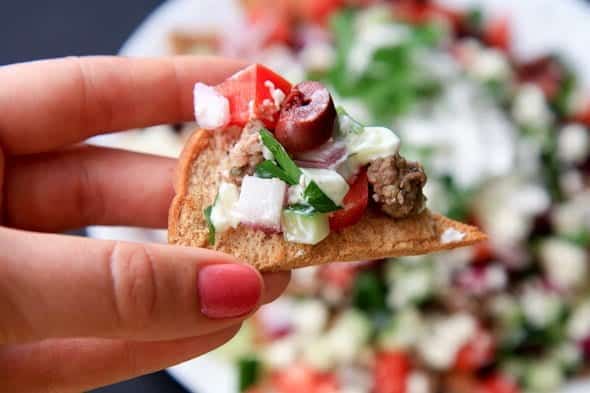 There is this really amazing little Middle Eastern restaurant that is so close to where I work, I can see it from my office window. Their lunch menu is full of delicious classics like falafel sandwiches, gyros and kebabs. We hit it up a few weeks back, and I was immediately drawn to the specials board where something called “Pita-chos” were listed for $7.99. Pita? Nachos? What the what!? I jumped all over that and ended up getting this amazing plate set before me a few minutes later. 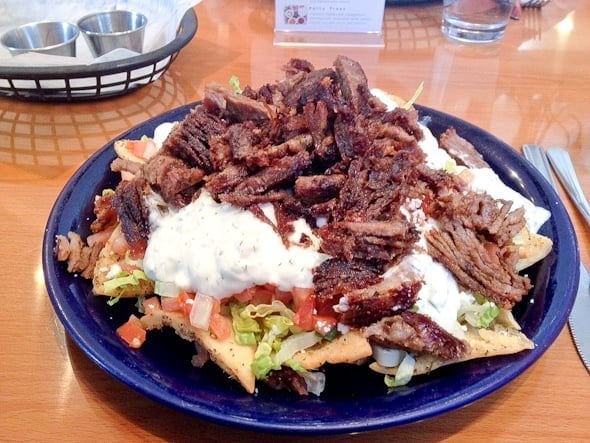 The iPhone photo doesn’t do them justice. They were awesome. Crunchy pita chips topped with gyro meat, tzatiki and all the standard gyro toppings. I knew from the first bite this was something I just had to recreate at home. 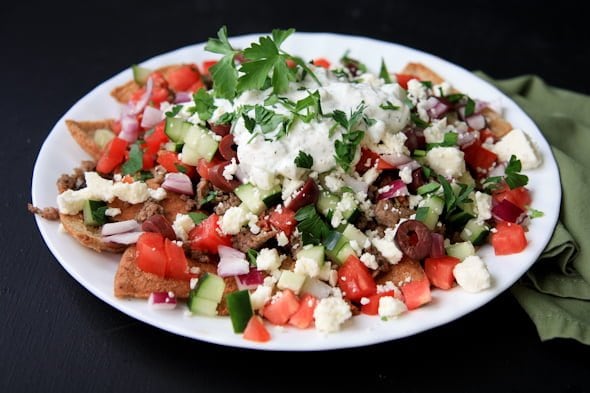 Like most American homes, my kitchen does not include gyro meat machine/spindle/cooker thingy (technical term). And beyond the lack of necessary equipment, I wanted my version of these nachos to be a little less heavy on the lamb. As you can tell in the pic from the restaurant, the gyro meat was the star of the dish, but I much prefer meat to play a supporting role. So in place of the mountain of gyro meatliciousness, I sprinkled on some Greek-flavored ground lamb. With less meat, I could focus on upping the beautiful, brightly-colored veggies, which I think make the dish!

This recipe makes a lot of nachos. It could easily serve four people for a fun, finger-food dinner or serve a small army as appetizers. Or, you know, serve two, very hungry Johnstons who stuff themselves sick. This recipe makes two plates the size of the one in the photos. I think these would make an awesome twist on the standard nachos for your next Stanley Cup playoffs viewing party. For example. 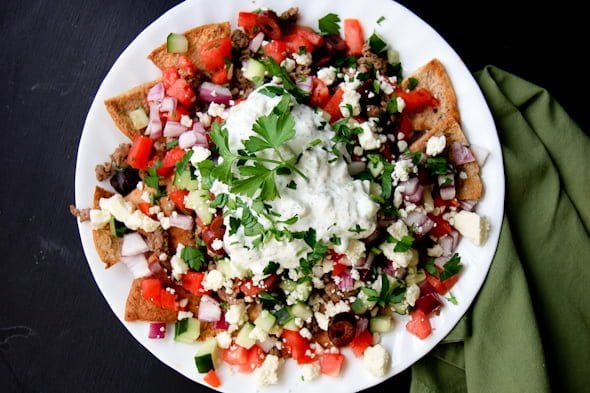 I think I might actually like these better than regular nachos. I feel like I’m cheating on Mexican food by saying that, but, damn, these ‘chos be rockin’.