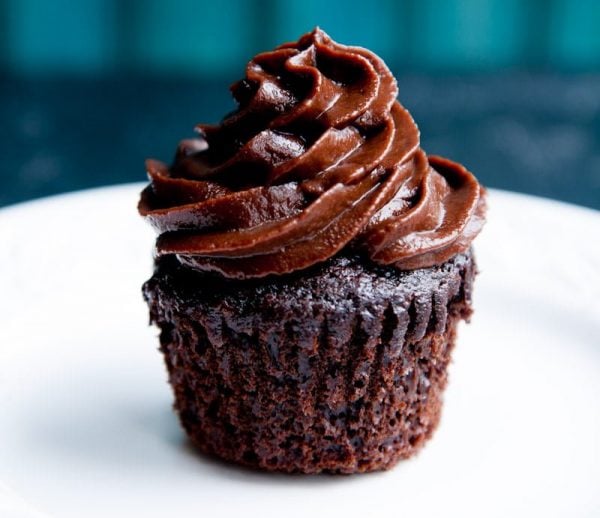 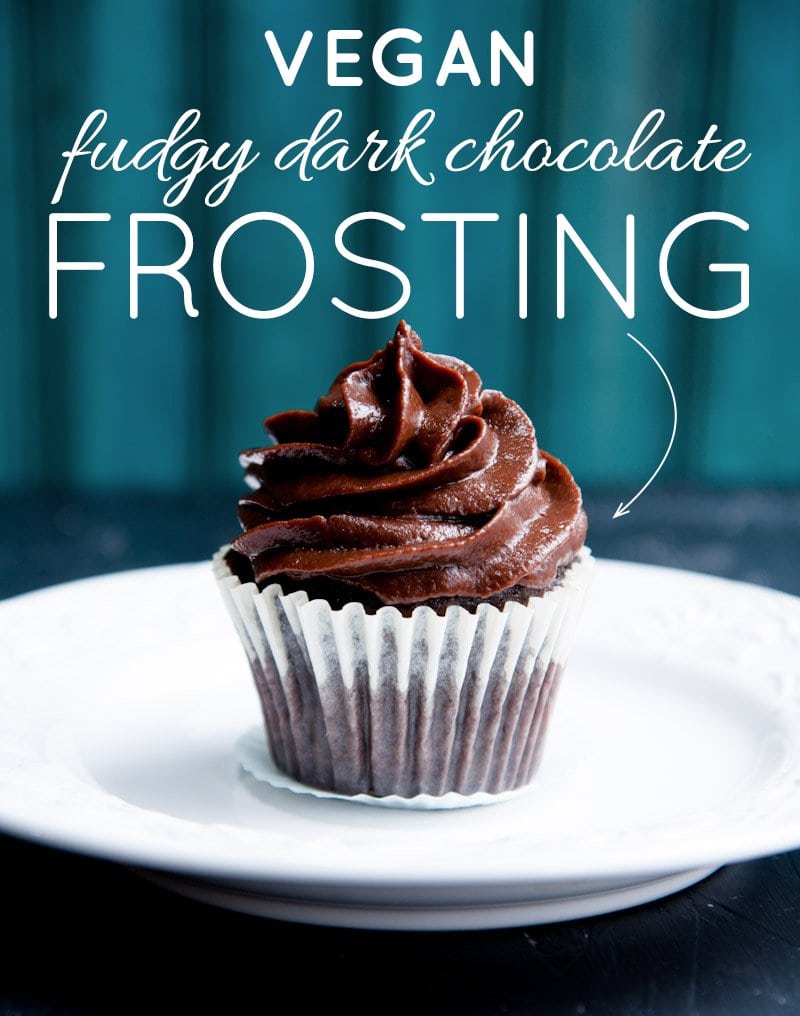 A few weeks ago, Craig and I watched Forks Over Knives. I’m kinda food documentary obsessed, so I was totally into it.

Now, of course, all of those documentaries are propaganda—not journalism—and should be approached as such. I like to take them with a grain of salt and do my own research before I go and change my diet to 100% kale juice and tree bark just because some guy said so in a voice over some B-roll of a happy family playing in a field of daisies. But even though I’m decidedly…skeptical…about the things that are said in these documentaries, they do always get me thinking. 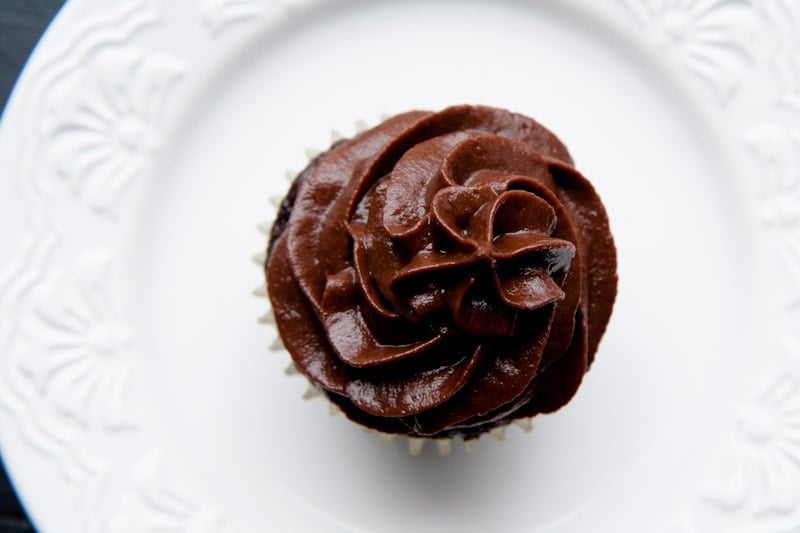 If you haven’t seen or heard of Forks Over Knives, it’s basically selling what they call a “plant-based diet” (AKA: veganism) as a great way to live a healthy life. Included are lots of stories about folks who were sick (mostly with cardiac issues, diabetes, high blood pressure, etc.) and when they transitioned to a whole foods, vegan diet, many of their diseases disappeared or at least diminished. Cool! Whatever works to get people healthier is totally awesome in my books.

But, personally, I still eat animal products, and don’t plan on changing that—even after watching FOK. I’d much rather live a life where animal products are an accent in my diet rather than a main pillar. For me, when I eat that way, I feel my healthiest, strongest and my grocery budget is at its happiest.

That being said, what FOK did do for me is start to reevaluate some spots in my diet where I could maybe think about leaning more heavily on plants. 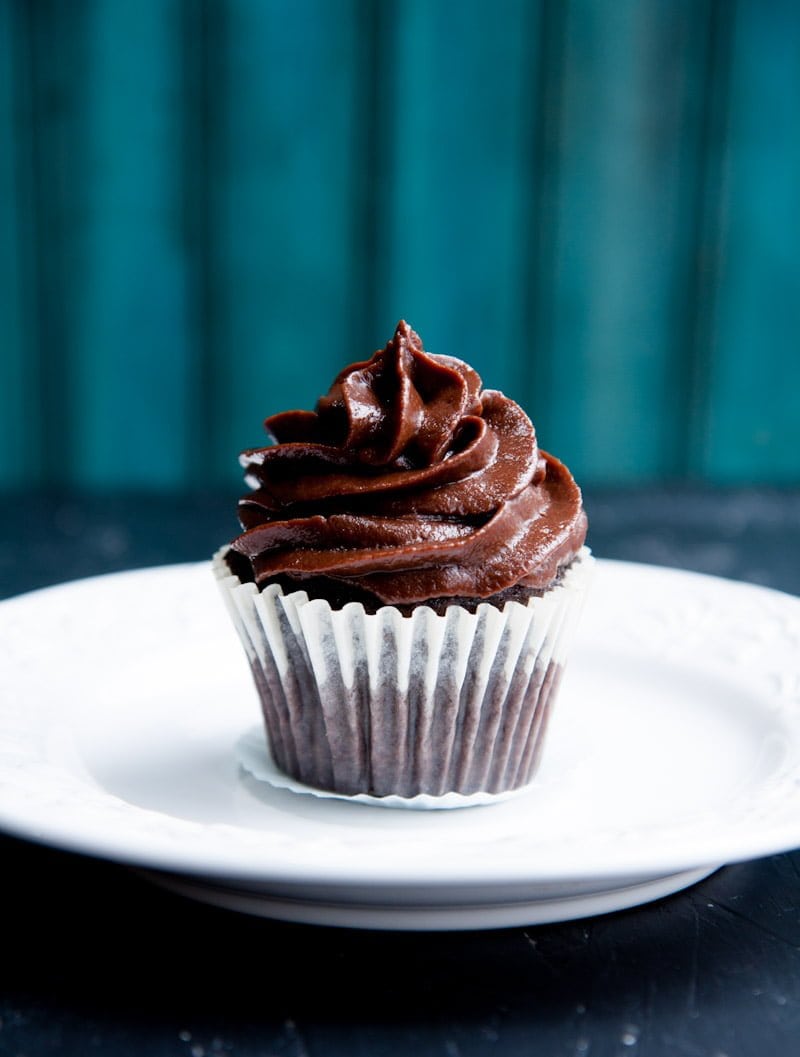 So what does this have to do with chocolate cupcakes? Well, I was perusing the Forks Over Knives website to get some creative recipe ideas and stumbled onto this little dose of genius—Double Chocolate Cupcakes with Date Frosting. I was totally in disbelief that you could make frosting out of dates. It was the same feeling I had the first time I heard about banana soft serve. Mind. Blown. Maybe this is something that is common knowledge in vegan communities, but for this carnivore, date-based frosting is pretty much the most insane and awesome discovery on the planet. What other crazy cool secrets are you vegans hiding over on the cheese-free side? Share your wealth of creative plant-based goodies with the rest of us! 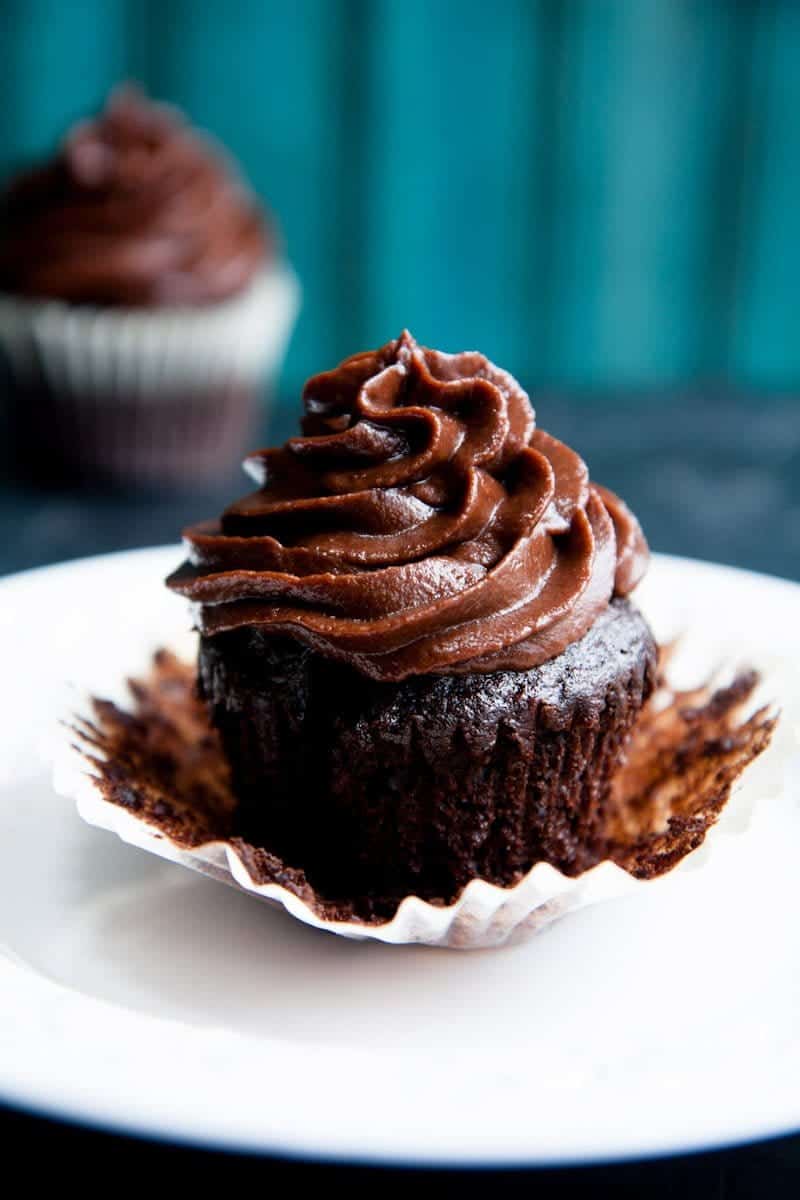 I changed up the method and ingredients a little bit, but the end result was still an incredible, fudgy, frosting masterpiece! All made without a drop of refined sugar or dairy. This is no buttercream (drool.yum.) but it is an awesome alternative to your normal cake shop frosting. If you’ve ever made a ganache before, it’s almost the same consistency as that, and the flavor is 100% chocolatey-goodness. Considering it’s made with dates, you’d think it’d be a little gritty, but it actually turns out incredibly smooth, spreadable and creamy. I’m pretty much in love with this stuff!

Do you like food documentaries? Which one is your favorite?