Meal Plans →
Recipe At-A-Glance
...
Vegan, Gluten-Free15 minutes
No matter the weather, this Spiked Apple Cider is a festive way to celebrate fall! Serve it hot in a mug or chilled for a refreshing drink.
Jump Directly to Recipe 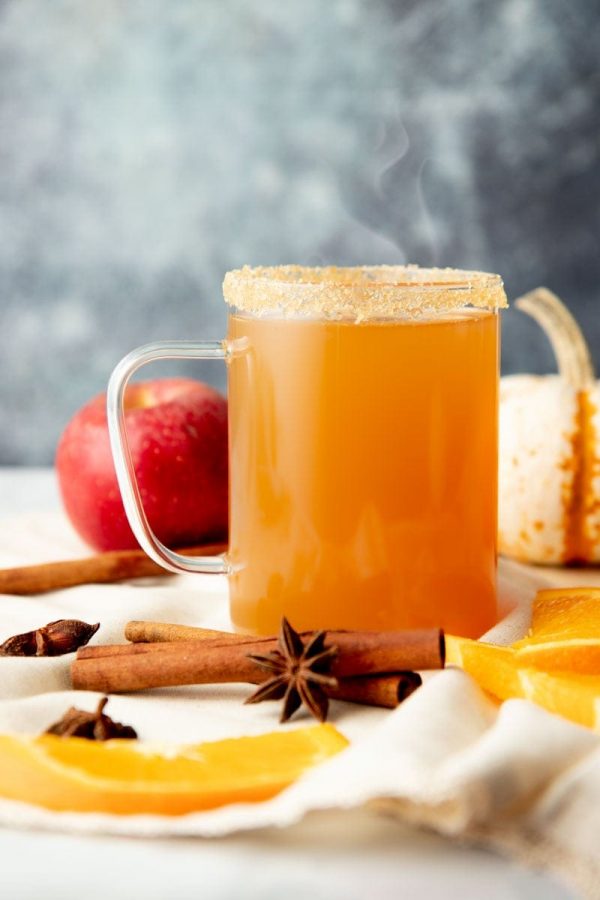 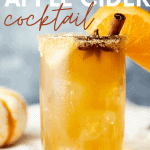 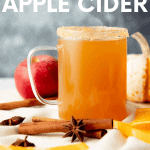 Back when my sisters’ kids were all little, we used to spend every Halloween together as a family for trick-or-treating. My oldest sister lived in one of those neighborhoods that goes all out for Halloween, and it was a blast to walk around for hours with all the kids hyped up on candy while us grown-ups had our own treat—travel mugs full of spiked apple cider!

There are few things more quintessentially fall than hot apple cider, and spiking it with bourbon, as we do here, just makes it that much more festive! This is the exact combo of deliciousness that we used to ladle into our travel mugs for our annual trick-or-treating expedition, and I hope you enjoy it as much as we do! 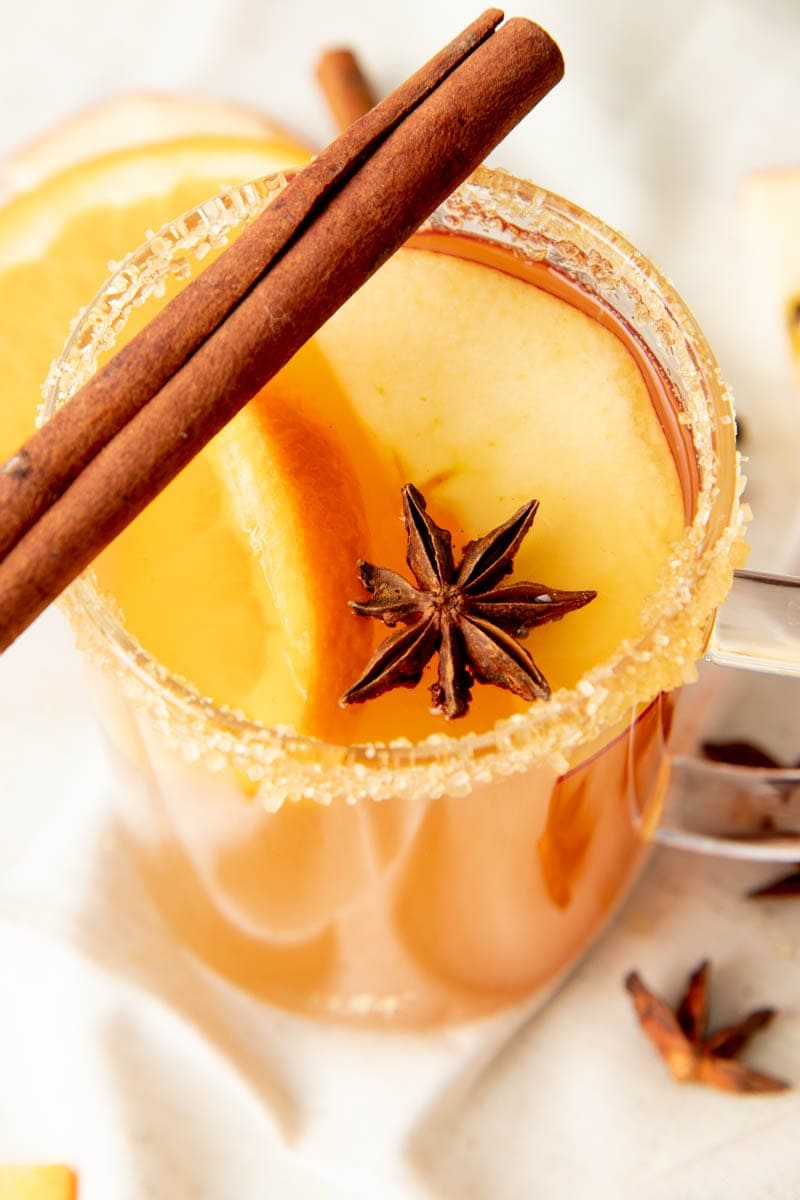 What should I spike apple cider with?

You probably gathered this from the name already, but I like to use bourbon for my spiked cider. The flavor of bourbon compliments the mulling spices and the sweetness of the apple beautifully! As for the quality of the spirit, any mid-tier bourbon will do here. No need to use your spendy top-shelf bourbon in a mixed drink!

If you’re not a bourbon fan or don’t have any on hand, this spiked apple cider is also great with spiced rum. You may want to use less maple syrup if you go the rum route, since the spices will make the rum a bit sweeter than the bourbon. 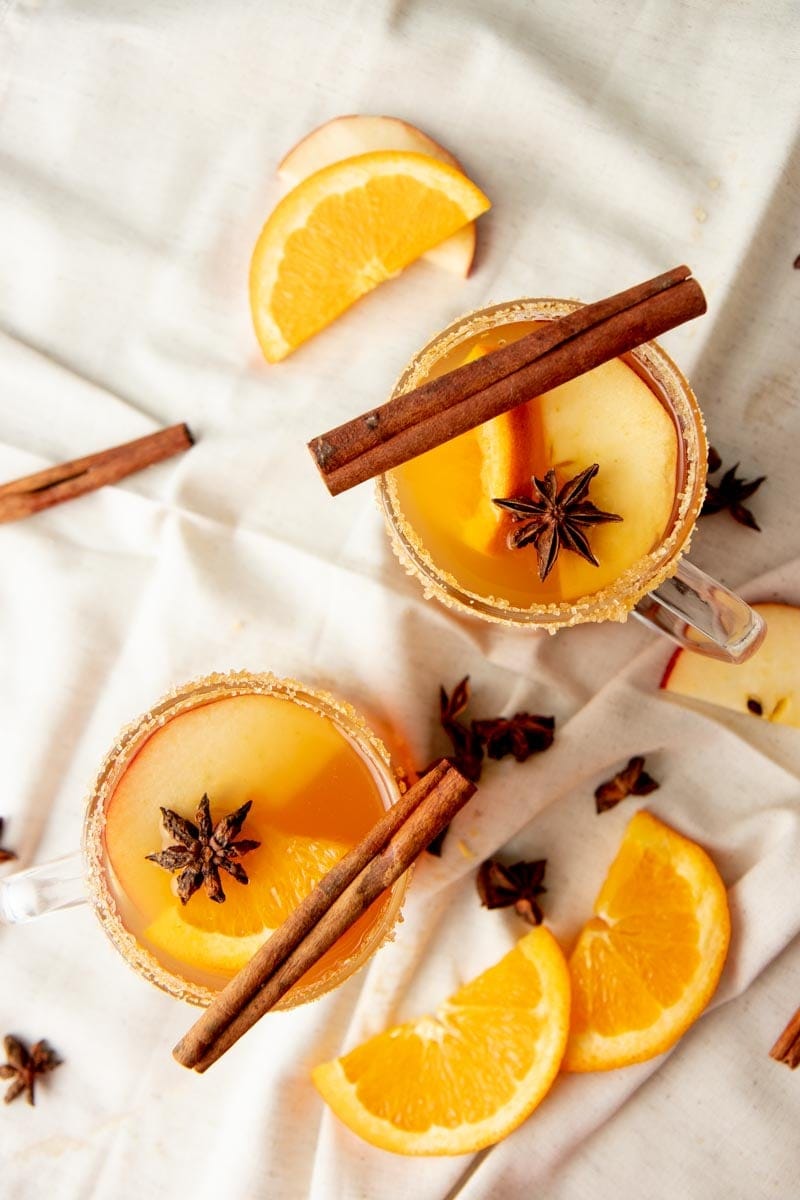 Can I make this in the slow cooker?

You sure can. In fact, that’s the best way to keep a large batch of spiked apple cider warm for a crowd. Pour everything but the garnish into the basin of your slow cooker and set it to low. Set the brown sugar, orange and apple slices, and/or extra cinnamon sticks off to the side, so people can deck out their own glasses when they get refills.

Do I serve this spiked apple cider hot or cold?

Both! I personally prefer it warm, because it is so nice and cozy on a chilly day. But it is also super refreshing on a warmer fall day to have it on the rocks. 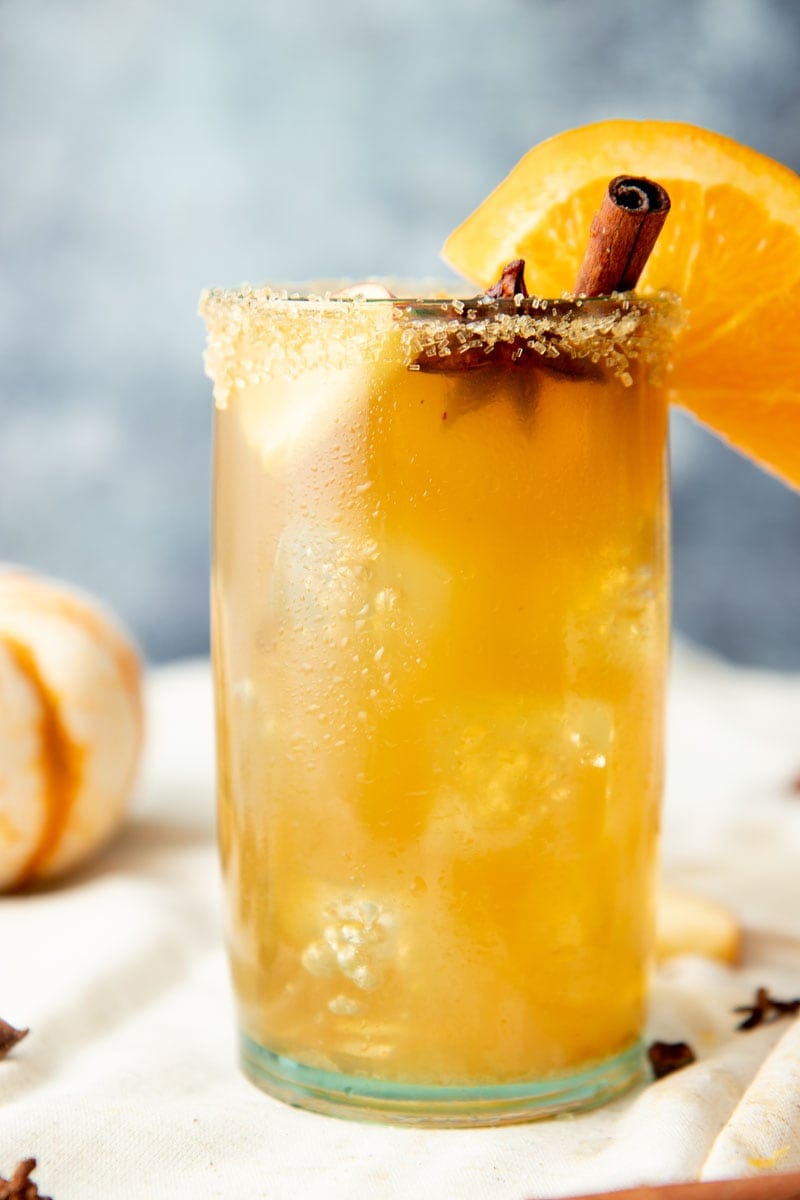 What spices are in spiked apple cider?

Warm spices, like the ones you’d put in an apple pie, are perfect for spiced apple cider. I chose to use cinnamon, cloves, star anise, and ginger, but you could also experiment with adding some allspice, nutmeg, or cardamom.

Make sure you use whole spices when mulling your cider. That infuses the flavor of the spices without adding gritty, grainy ground spices to the cider. 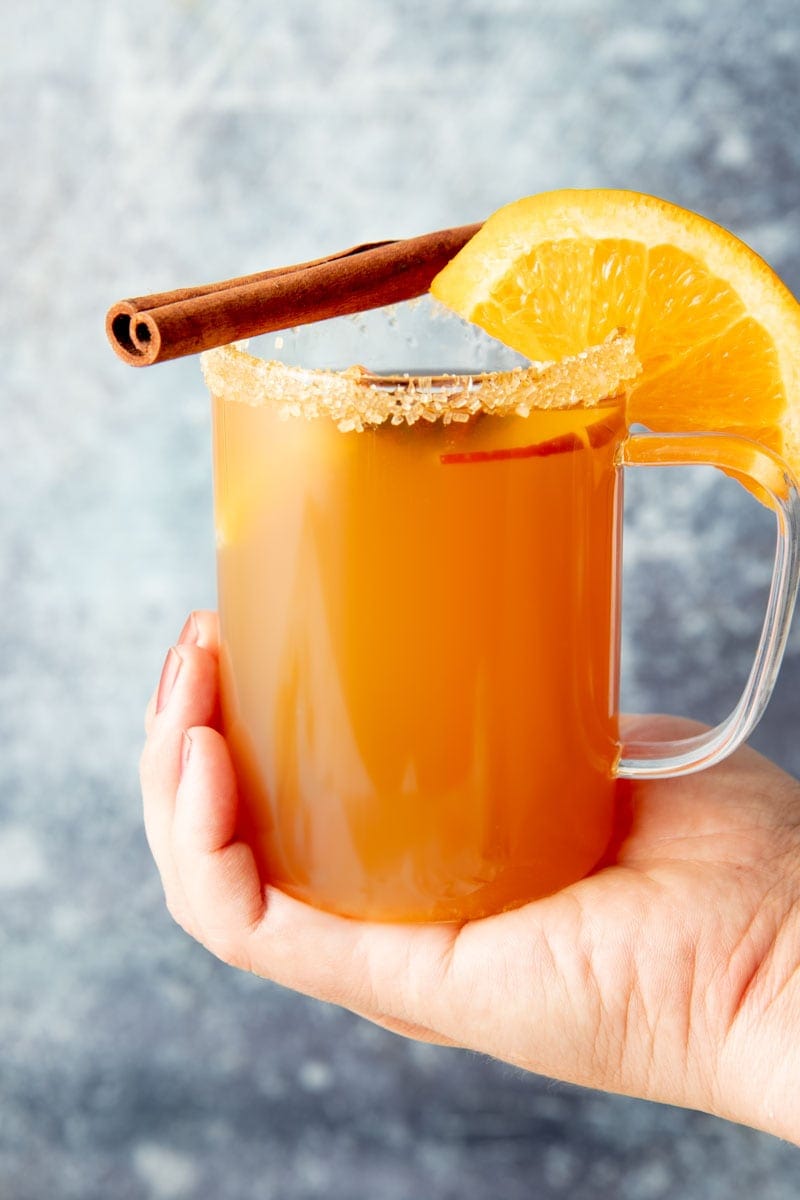 How can I garnish this apple cider cocktail?

I’ve given a few garnishing options in the recipe notes. If you want to go all out, here’s what you’ll do:

But if that feels like too much effort, you can do just one or two of these—the apple cider cocktail will still be delicious! 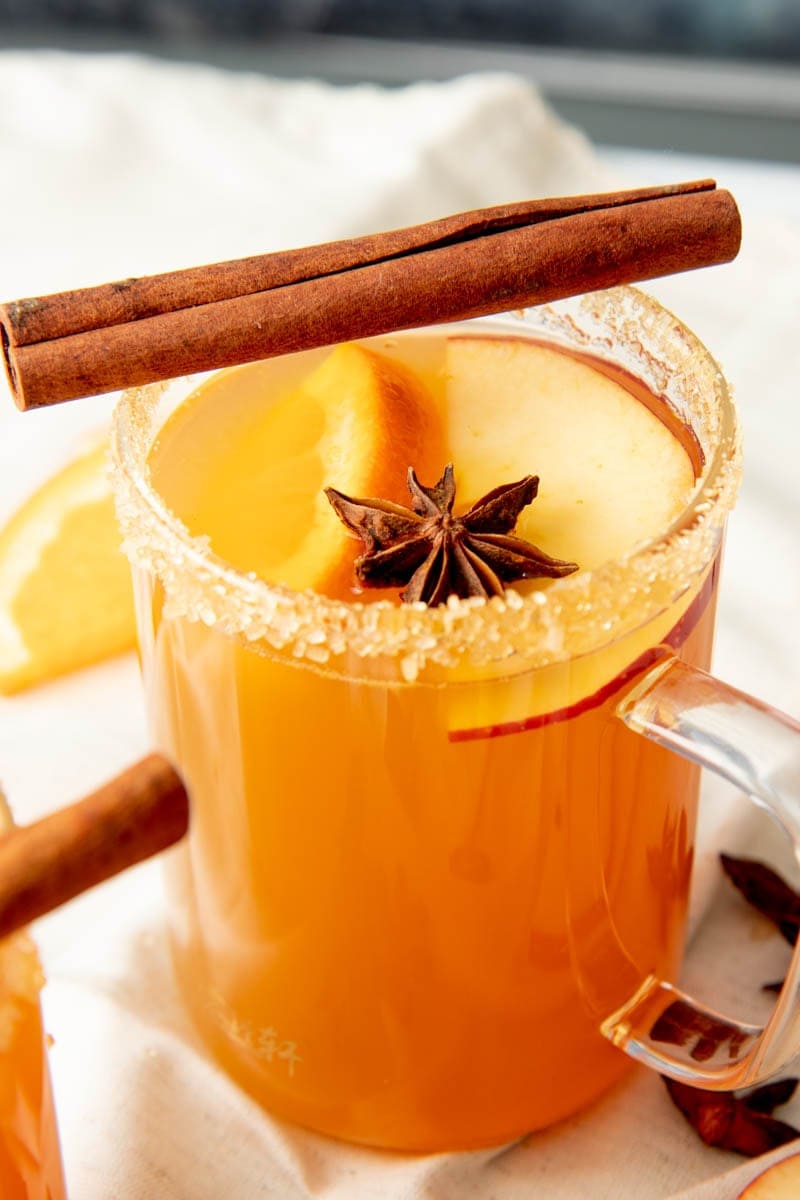 Does apple cider need to be refrigerated?

It sure does. Stash any leftover spiked cider in the refrigerator for up to a week.