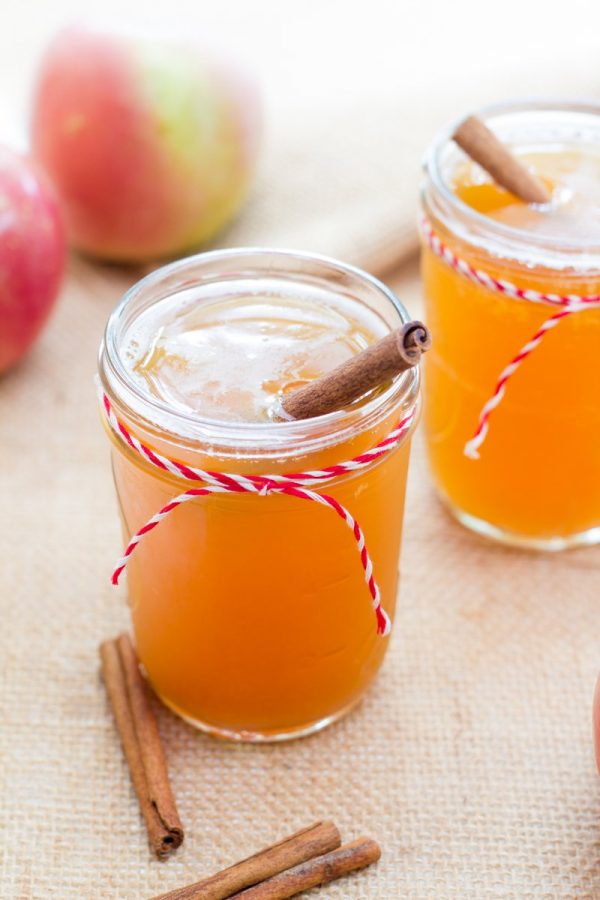 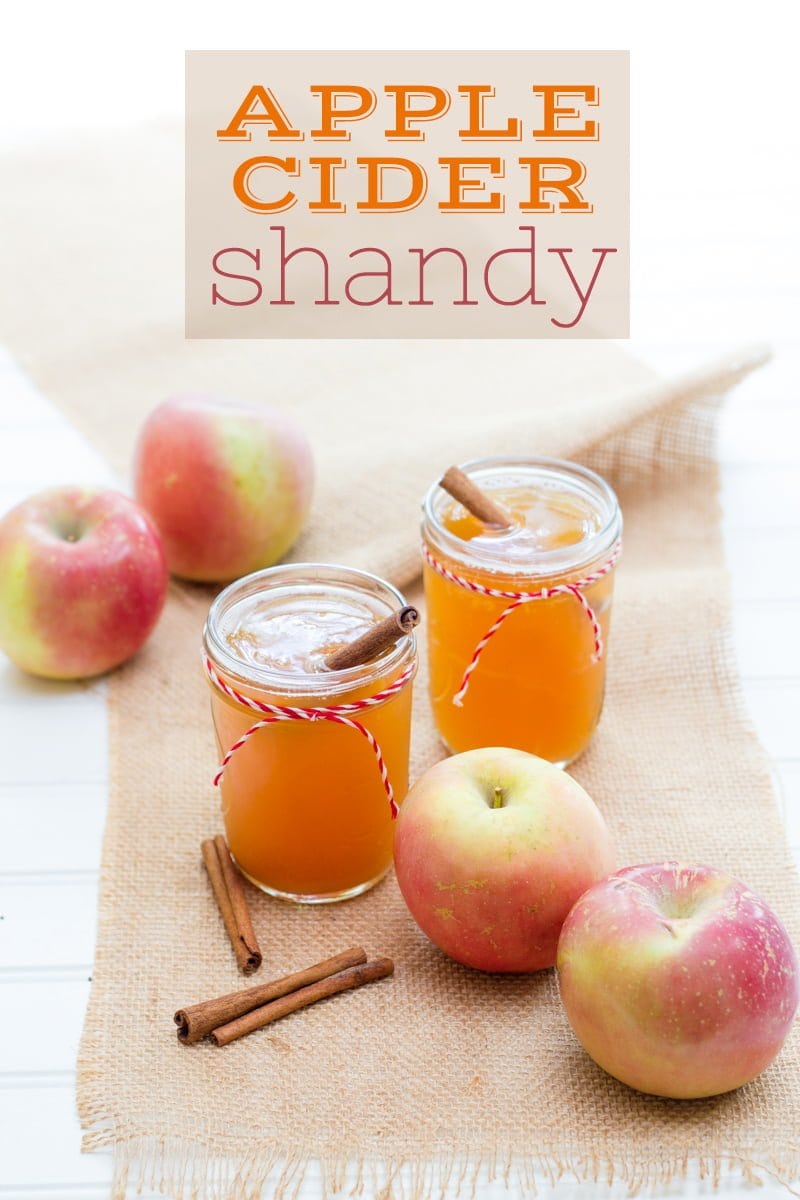 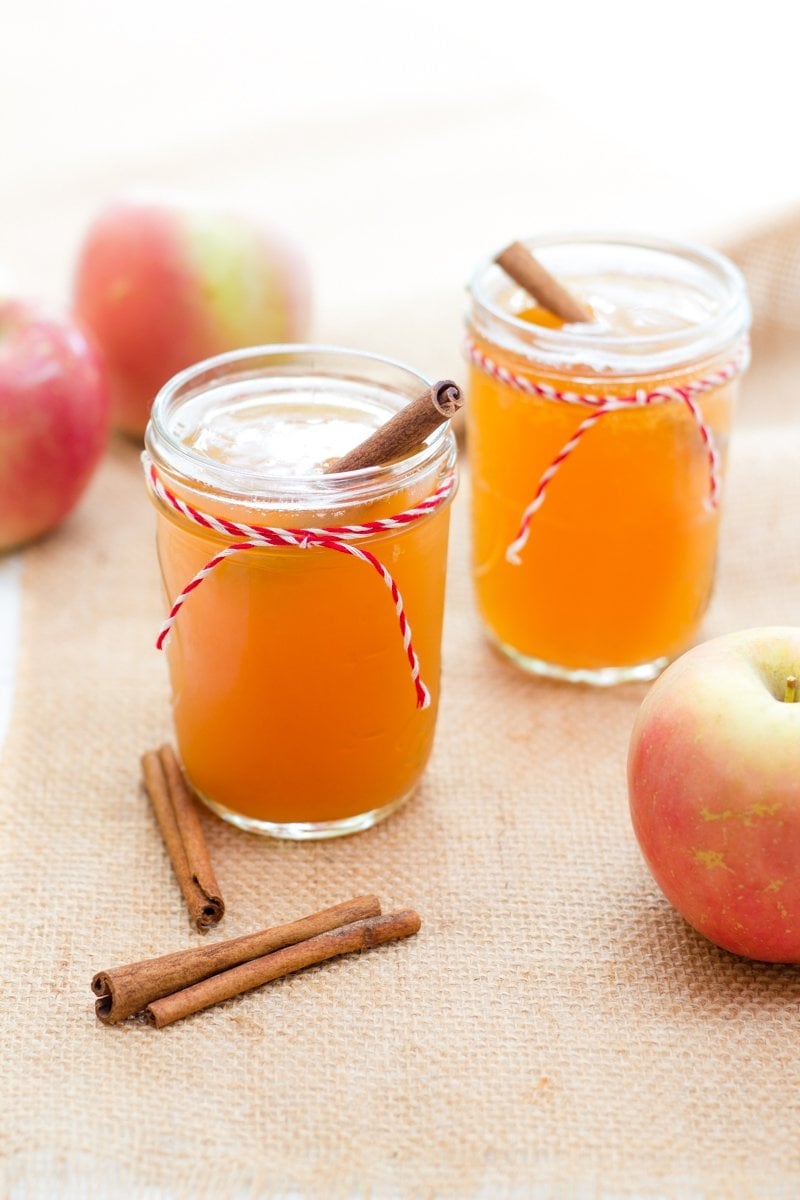 This super simple Apple Cider Shandy is perfect for those October gatherings!

I don’t believe people when they say, “I don’t like beer.” I 100% believe that if someone says that, they just haven’t tried enough different kinds of beer to find one they like. Laying down a blanket statement like that is like saying, “I don’t like music.” You may not have heard any music you like, but I promise you, there is music out there for you. There are so many different kinds of beer, and they all have so many different flavor profiles, that it’s so hard for me to believe there isn’t at least one single beer out there for everyone.

And even if maybe drinking a beer straight up isn’t your thing, I promise you, there is a beer cocktail out there that you’ll love. 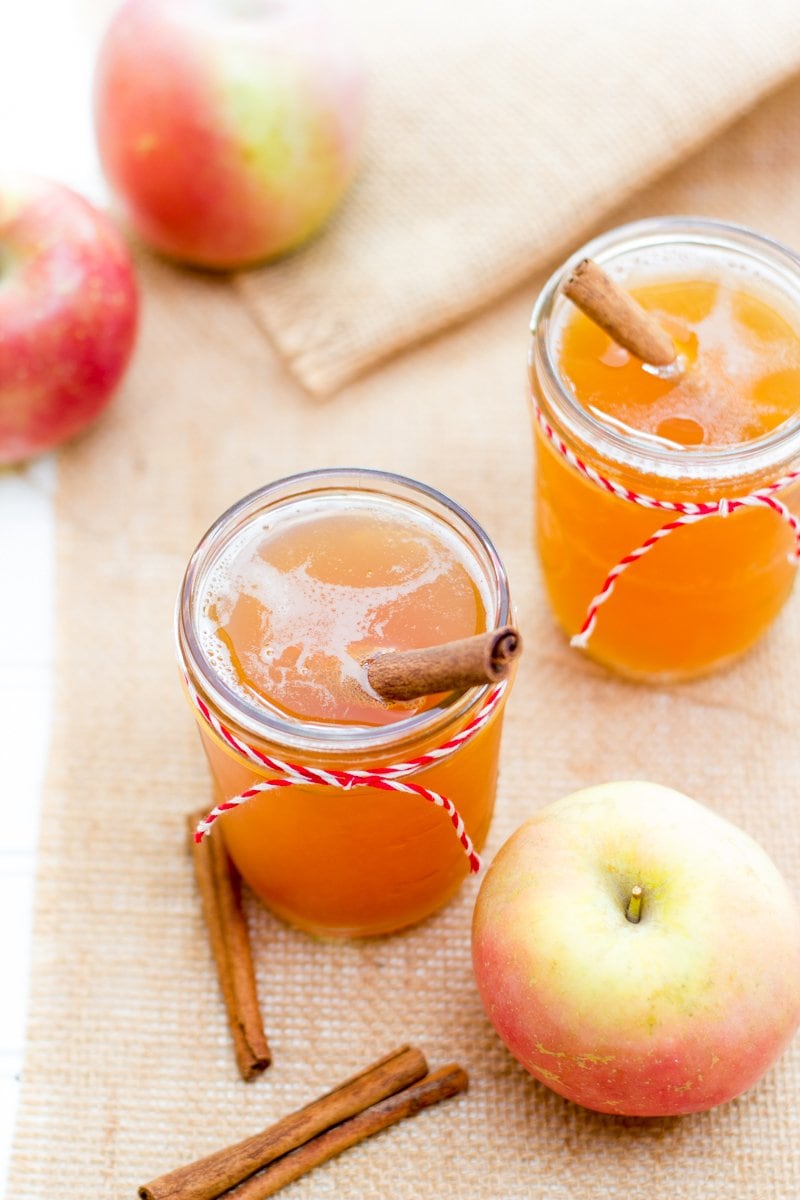 Putting beer in a cocktail may sound strange, but there are a ton of great recipes for beer-based mixed drinks. Two of my favorites are beergaritas and shandys. Beergaritas are exactly what they sound like—the labradoodle of booze—mix half a margarita with half a light-flavored beer. It sounds strange, but it’s a really refreshing drink! And my personal favorite, a shandy, is half lemonade and half beer. You can buy shandys in the can at most grocery stores, but they’re really wonderful when made with homemade lemonade and your own personal favorite brew. And the great thing about shandies is that their premise works with so many flavors beyond just lemonade. 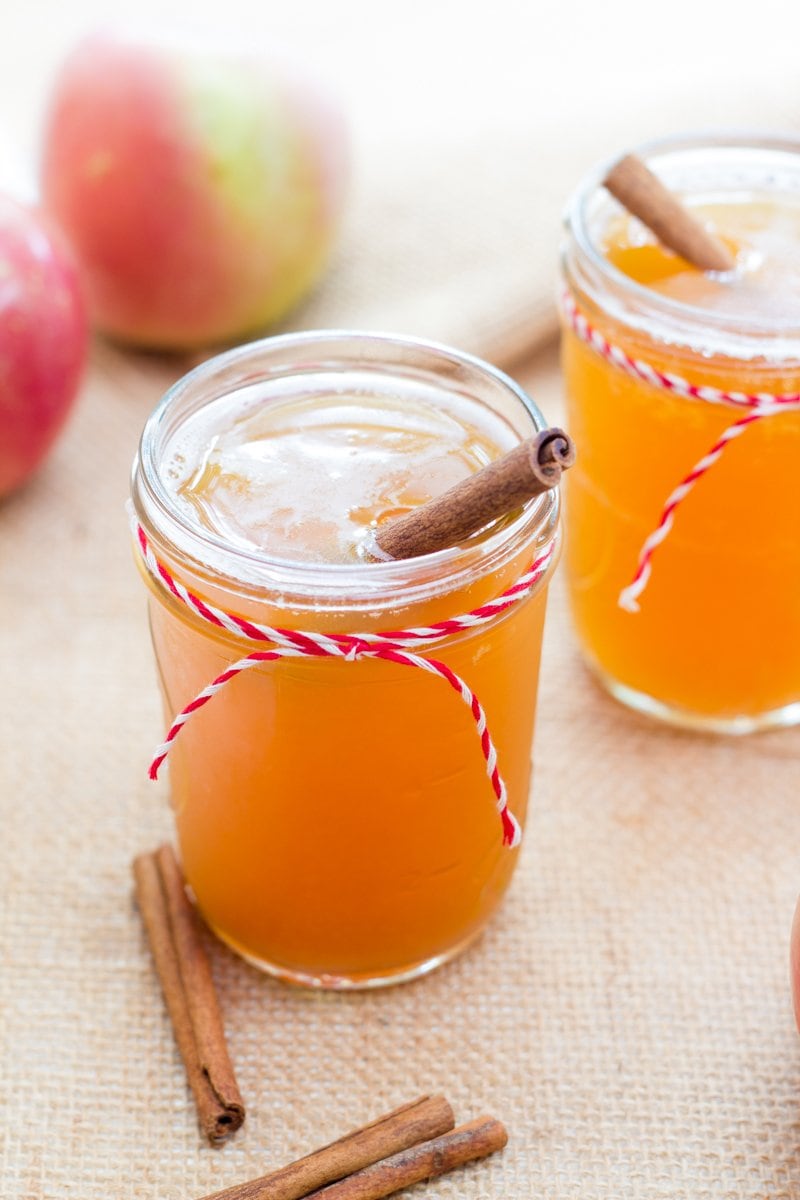 While a classic shandy is the absolute perfect drink for when it’s 95° outside in July, the flavors don’t really fit very well here in October. But what does fit? Apple cider, pumpkin beer, and cinnamon! It’s the perfect slightly-sweet cocktail for fall. 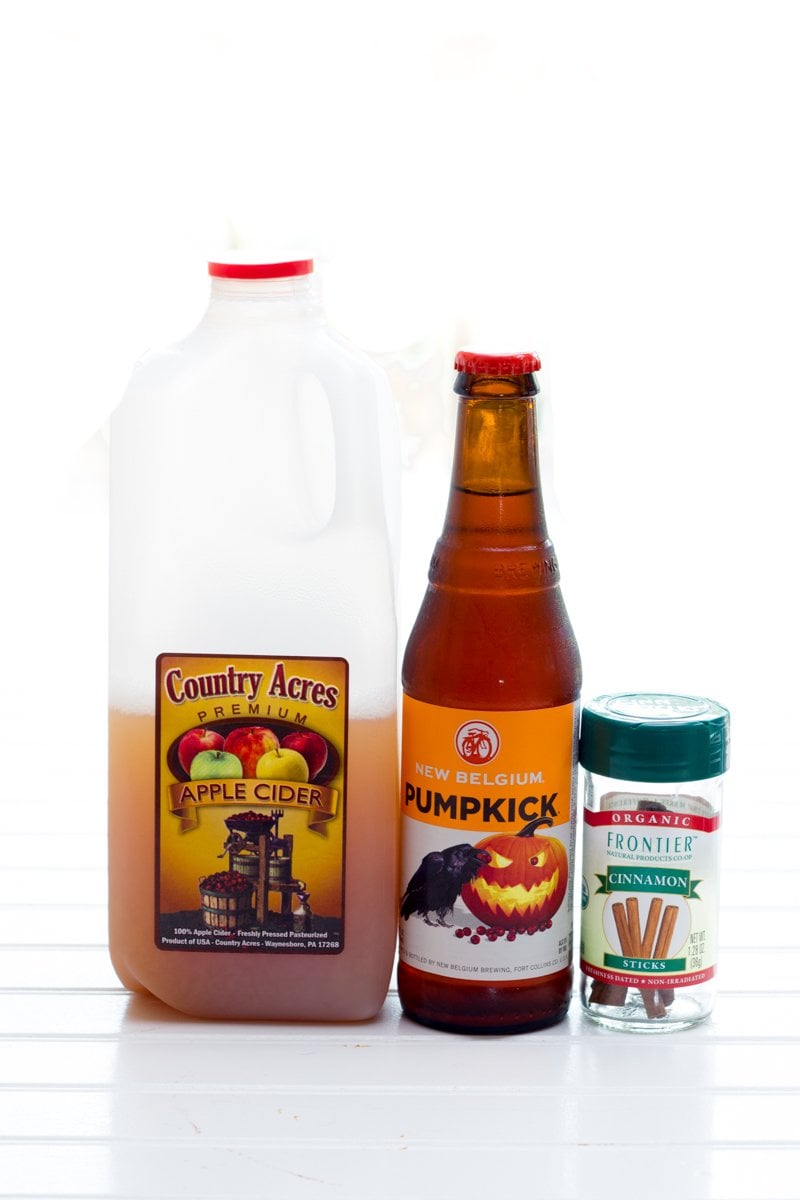 As far as the beer part of this shandy goes, you can really go any direction you like (although I’d probably steer clear of darker beers—no stouts or porters—save those for a really good float). Personally, I like the addition of a really good pumpkin beer. There are no less than a billion pumpkin beers out there, so it might take some trial and error to find the one that works well for you. My favorite pumpkin beer is a local beer here in Indiana, and it tastes straight up like a carbonated pumpkin pie. It’s crazy good! But unfortunately, they don’t bottle or sell it in growlers, so I have go with my second favorite pumpkin beer for at-home drinking. We love this New Belgium Pumpkick. It is brewed with cranberries and has a really nice fruity tartness to it that somewhat mimics the tartness of lemonade—perfect for a shandy! 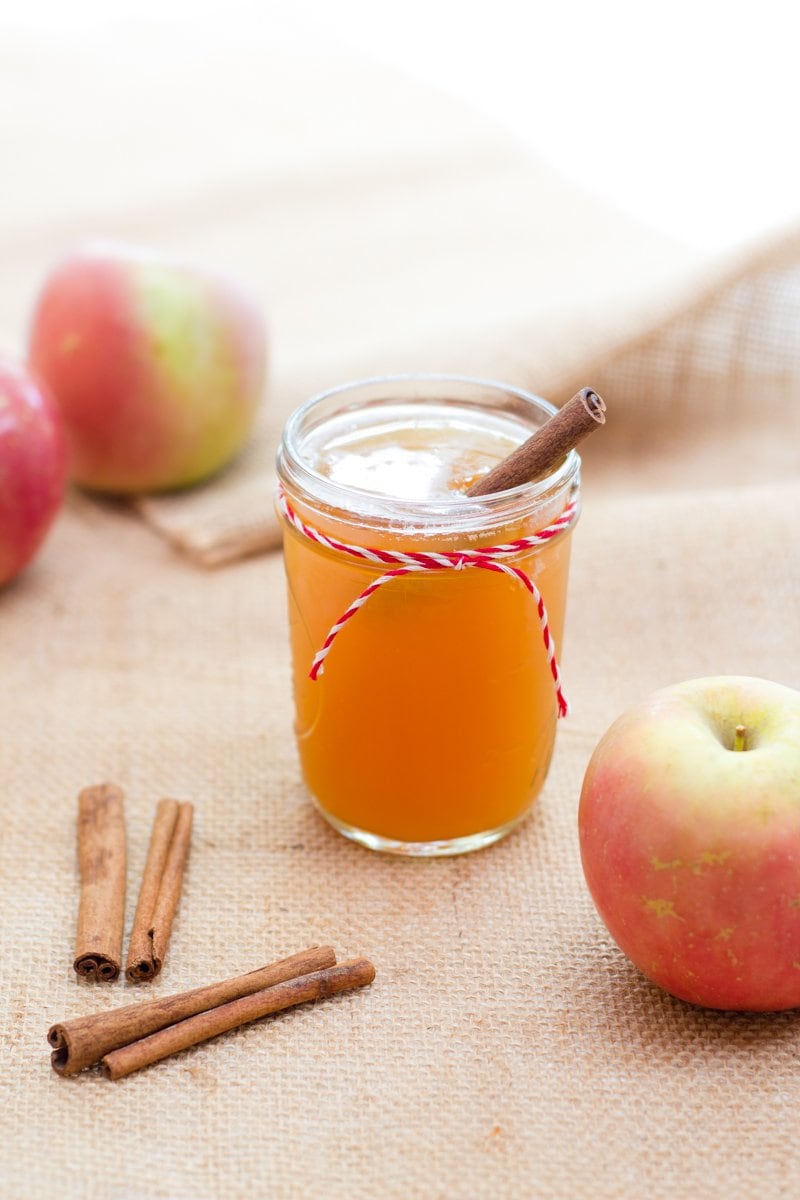 I plopped a whole cinnamon stick in each serving glass, not only because it’s absolutely adorable, but also because the cinnamon flavor really starts to develop in the drink after just a few minutes. I’m assuming there is something about the carbonation of the beer and the acidity of the apple cider that helps break down the cinnamon faster—it’s super tasty. And it makes the cider shandy cute. Everyone likes cute things.