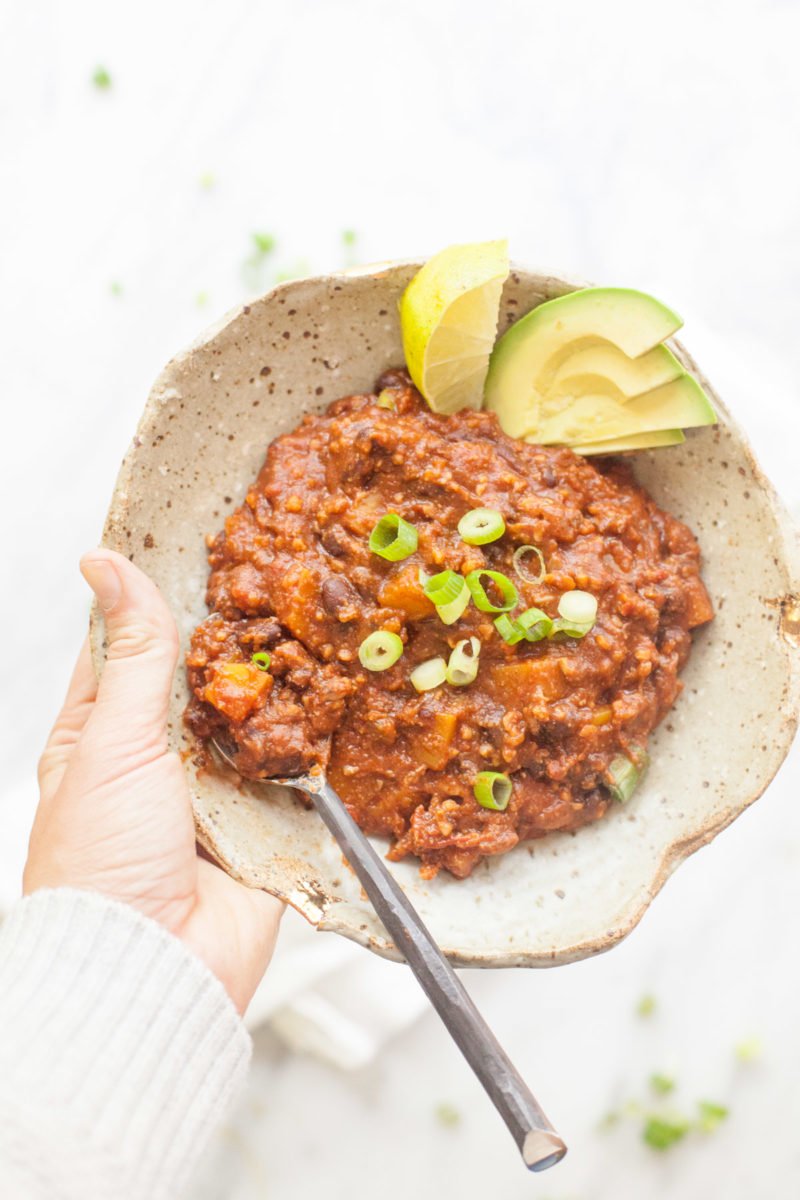 I’m gonna go ahead and put this out there: this black bean chili recipe is weird. Things tend to get weird when you’re trying to make something taste “meaty” only using vegetables. But you can trust me, I promise. You’re really going to love this.

I’m not a vegan (or even a vegetarian), but I do love the challenge of cooking meatless dishes. It really tests my cooking skills to try to take plants and make them taste rich and hearty like a meat dish would. I mean, I love veggies as much as the next gal, but I don’t love them because they are rich or hearty. Those aren’t words you usually associate with lettuce, you know? I think that’s why there are so many meat substitutes out there on the market—many folks want to eat a plant-based diet for one reason or another, but find themselves still craving that meaty depth. 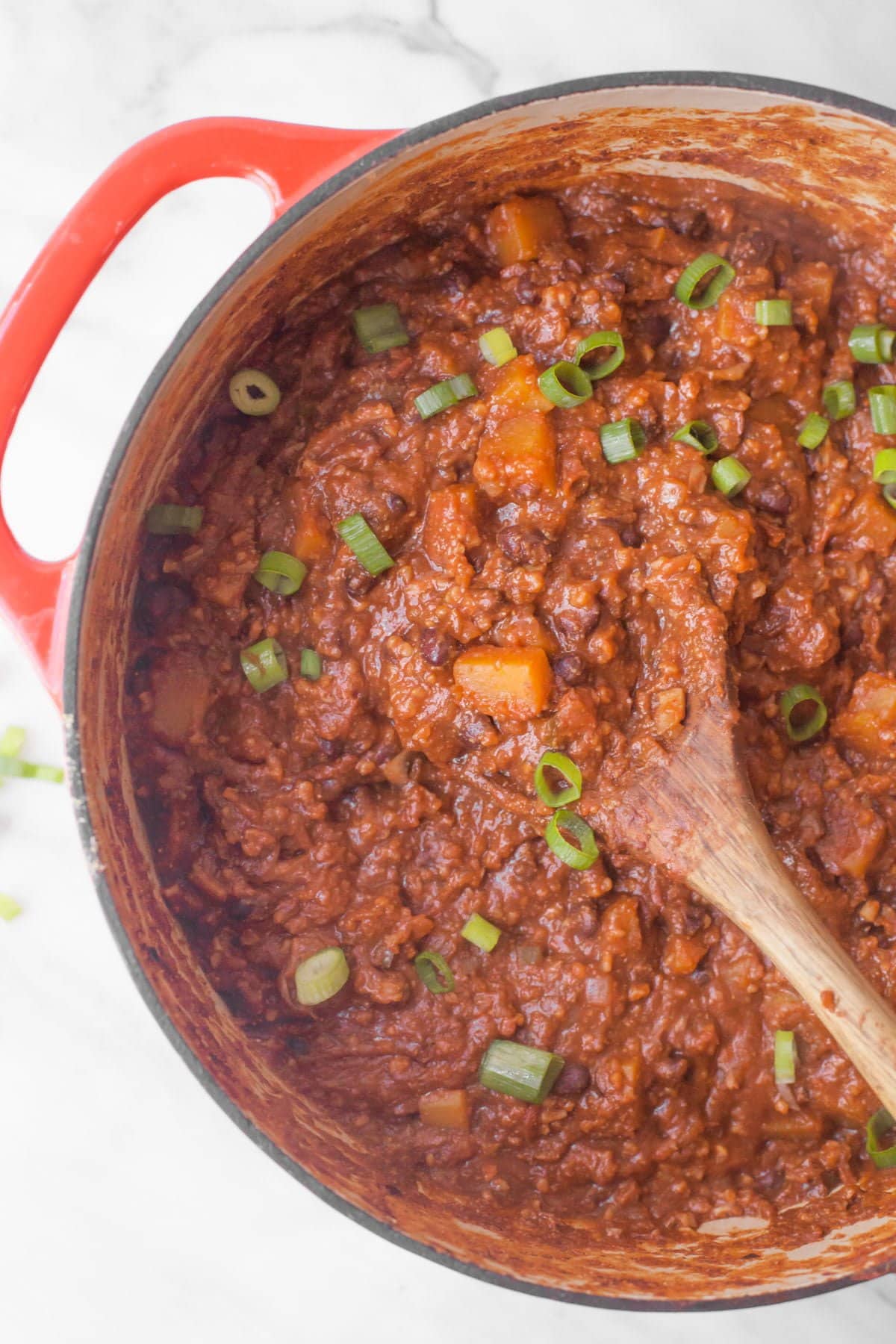 I have two really great meat-based chilis in my arsenal—Turkey Taco Chili and White Chicken Chili are pretty much alternated each week from September through March in our house. They are both really awesome recipes that are 100% no-fail (I even heard from a reader that they won their office chili cook-off with my White Chicken Chili recipe last year). Mama can cook a mean pot of meaty chili.

Vegetarian chili is a whole other story. I’ve made a few vegan chilis in the past (there are even a few on the blog), and they all turned out well. But all of them seemed to be missing something. They were all delicious, and packed full of flavor, but none of them were good substitutes for regular, meaty, rich, hearty chili. They all felt light. I really like lighter fare sometimes, but when I’m craving a bowl of chili? That’s not when I want light. 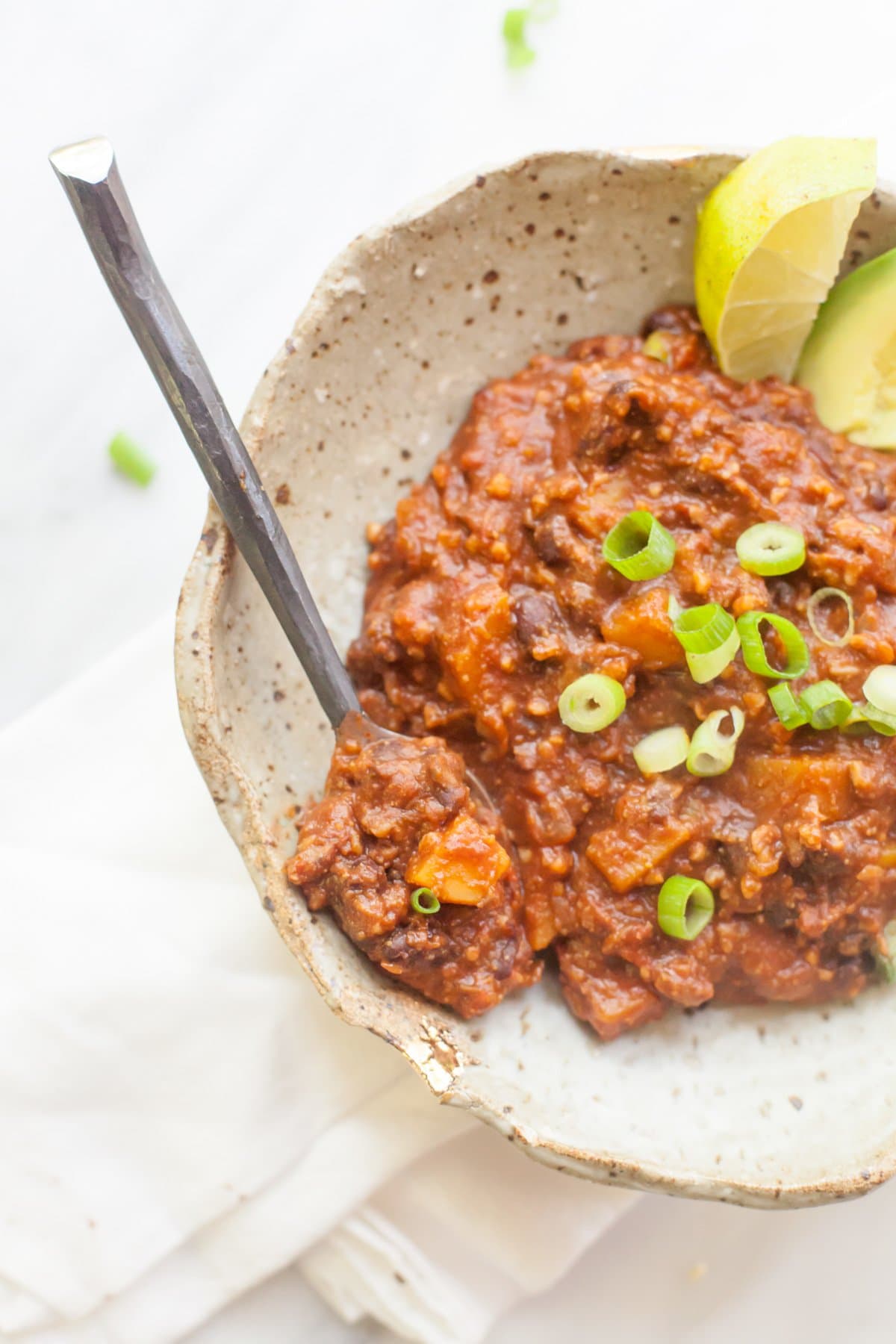 So I’ve been working on conquering this meatless chili thing for a while now, and I figured I’d make another go of it for Pumpkin Week. My original plan was to make a pumpkin and lentil chili, which sounds great, and I should totally make that at some point—but when I was looking in my pantry for lentils, I saw steel cut oats, and the world’s biggest, meatless lightbulb went on over my head. And that’s when things got weird:

The end result is glorious, my friends. GLORIOUS. It’s thick, rich, hearty, and totally, 100% free from animal products. It even LOOKS like it has meat it in. I made a vegan chili that is as awesome as my meaty ones, and guys, I can die happy now (except not, because I really love my life, and I’m having too much fun to die, k?). Enjoy.