Meal Plans →
Recipe At-A-Glance
...
Slow Cooker7 hours
Affordable, delicious, and nourishing, this Slow Cooker Ham and Bean Soup is the perfect pantry meal to always have in your back pocket.
Jump Directly to Recipe 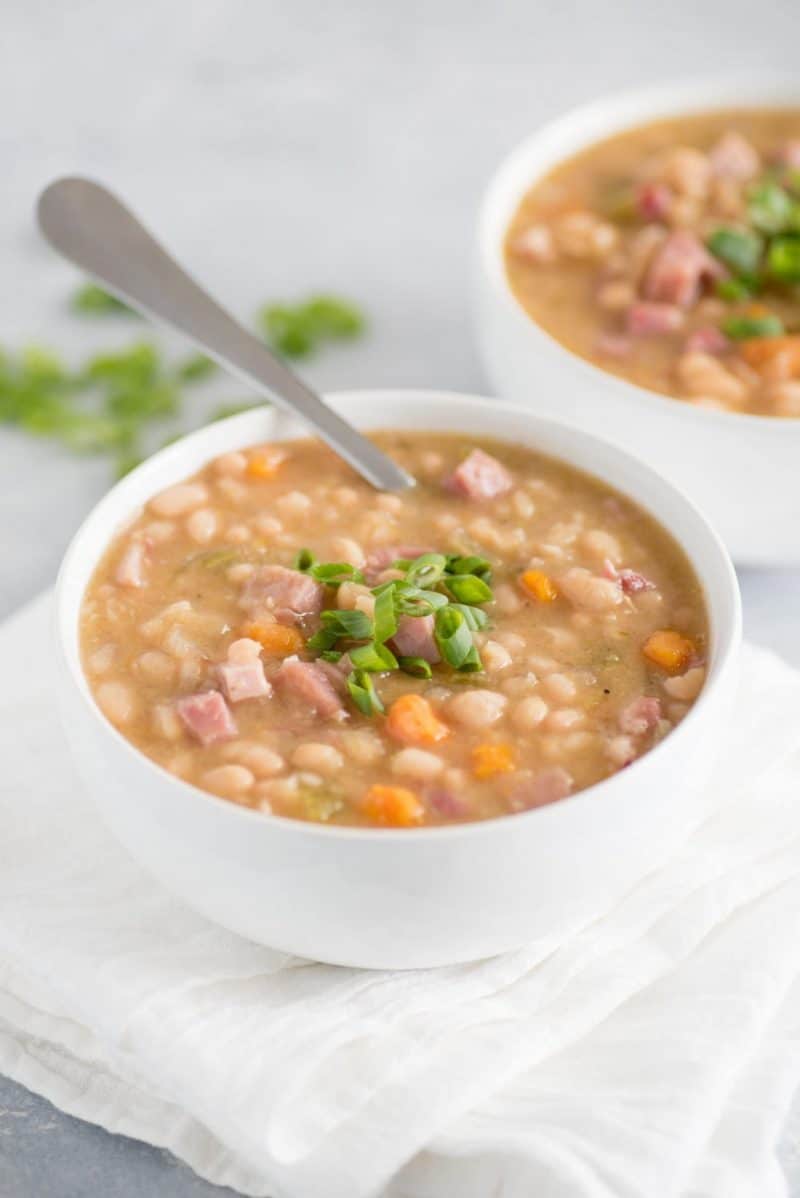 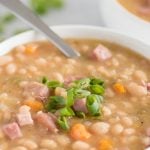 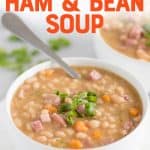 When the pantry is bare and the grocery budget is empty, this is the meal I lean on—ham and bean soup or, as we call it in my house, ham and beans. This recipe can feed an army for just a couple of dollars, the flavor is excellent, and thanks to the Crock-Pot, the hands-on cooking time is almost nothing. 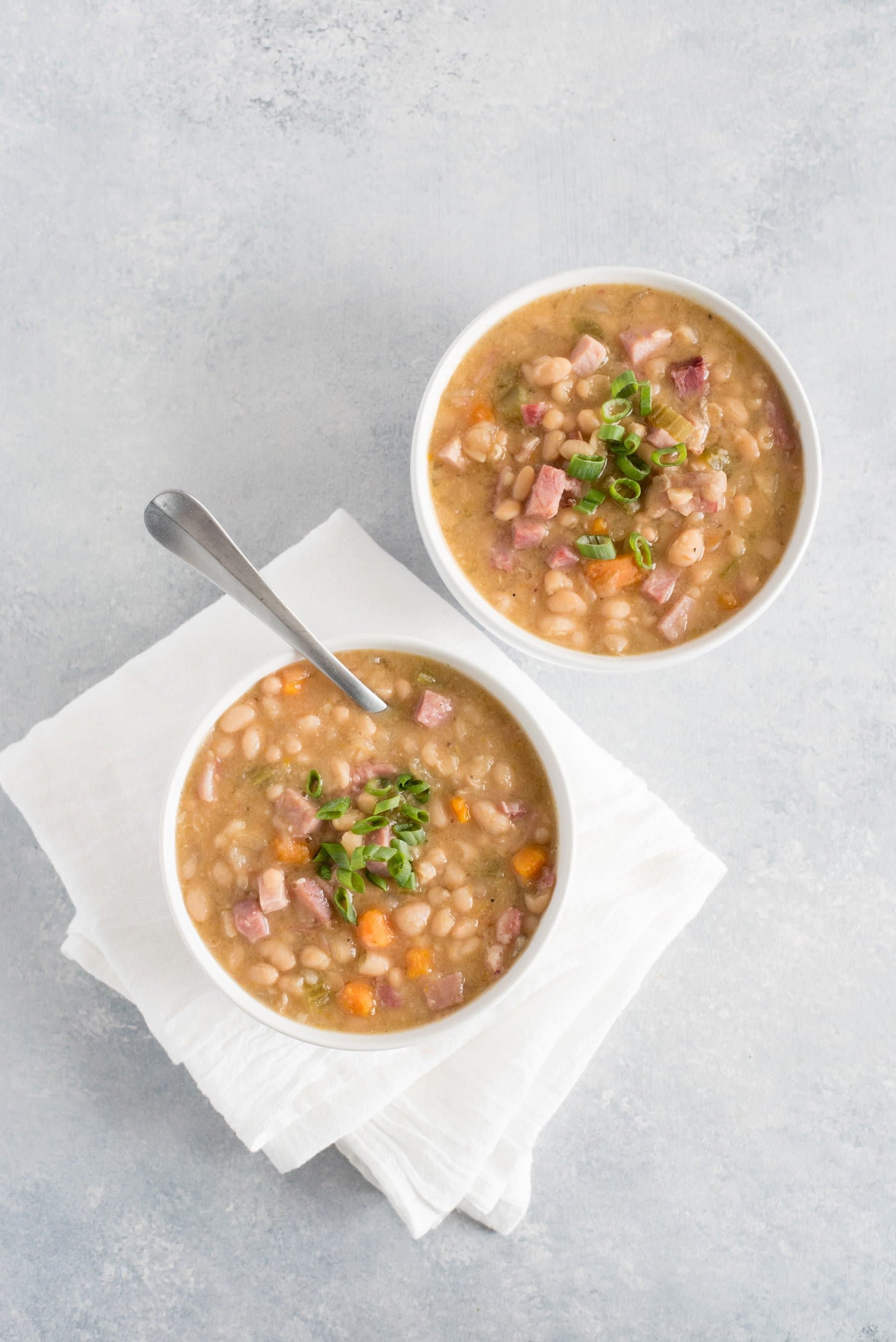 We had ham and bean soup growing up a lot in my house, and it wasn’t until I was a broke newlywed that I learned just how magical a pot of beans can be. It’s easy on your budget, it’s filling in your belly, and it’s simple to pull together.

How do you make slow cooker ham and beans?

Thanks to your crockpot, this soup requires just a few minutes to pull together. Here are the steps: 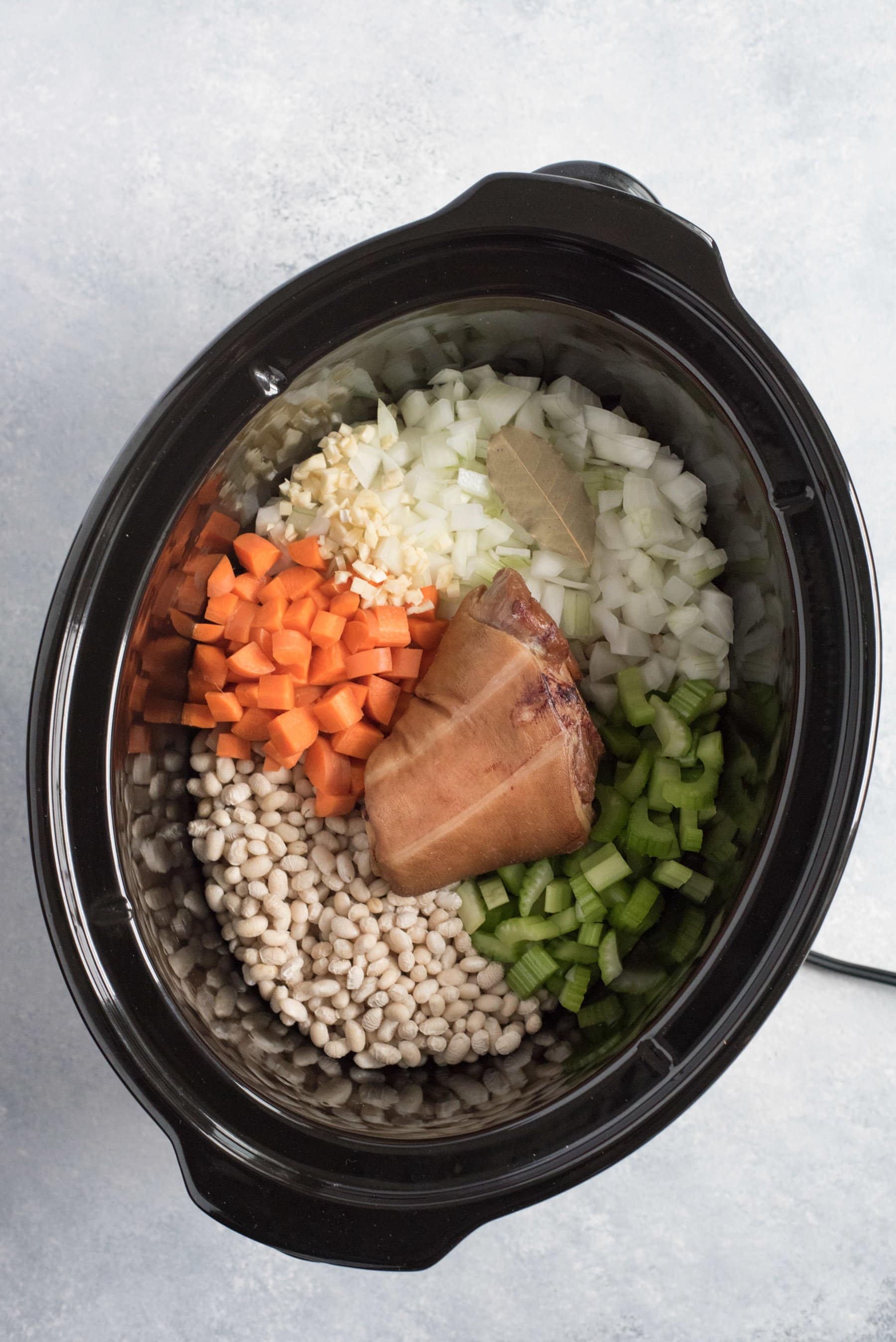 What in the world is a ham hock?

A ham hock is the joint that attaches a pig’s foot to its leg. For culinary purposes, it is usually smoked (like a ham or bacon), and then used in soups and stews to add flavor by long simmering—similar to making bone broth. When the soup is finished cooking, you remove and discard the ham hock, reserving any meat that’s left on the bone.

Where can I get a ham hock or ham bone?

To really get the most bang for your buck, save the bone the next time you make a ham roast, and use it here in this ham and bean soup to get a whole second recipe out of your ham purchase. If you don’t plan to make these ham and beans right away, you can freeze the ham bone with a cup of leftover ham in a freezer bag or freezer container for later.

If you haven’t just made a ham roast, most supermarkets sell smoked ham hocks in their pork aisle, and you can also check with your butcher or local farmers’ markets. We purchase ham hocks from a local farmer in our area in packs of four—I then freeze them individually so I can make ham and beans whenever I like.

In a pinch, you can use bacon in place of the ham hock or ham bone, and we’ve included the instructions below for how to make that tweak. 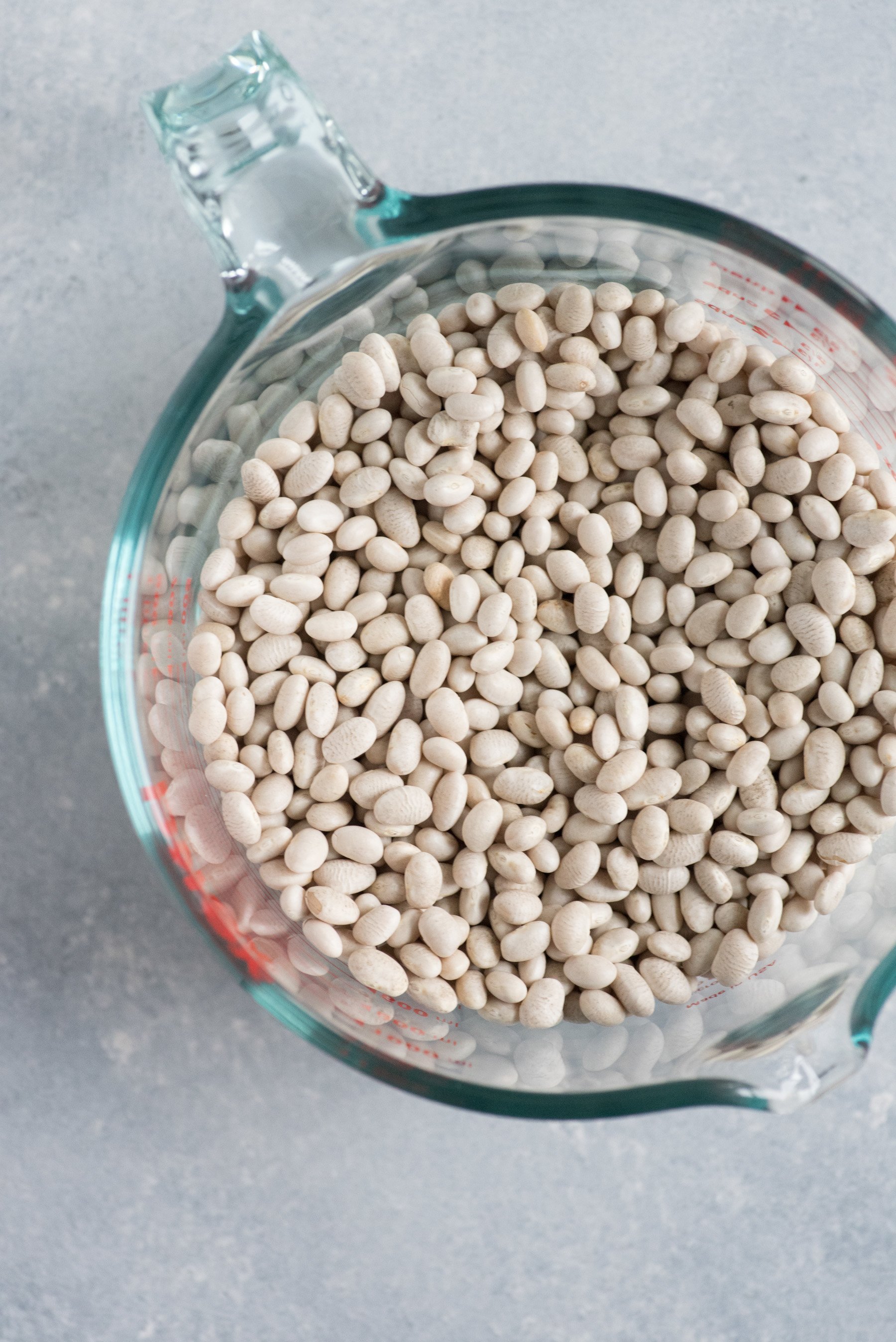 What kinds of beans should I use for ham and beans?

For this recipe, I recommend using Great Northern or navy beans. They are mildly-flavored, which lets the ham flavor shine through. Plus, they have a great texture even after simmering in the slow cooker all day—they hold their shape and have a tender bite to them, rather than turning to mush.

For this recipe, you’ll need to start with dried beans. Not only are they cheaper than canned, but they also have a better texture after all that time in your Crock-Pot. And because the slow cooker takes care of the long cooking time for you, it is almost faster to prep this ham and beans with dried beans than it would be with canned.

Do I have to soak the beans?

You don’t have to soak the beans overnight, but you might want to. Soaking the beans helps break down the complex sugars in beans, making them easier on your digestive system. If you have any sort of digestive distress after eating a bean meal, soaking your beans can really help prevent that. 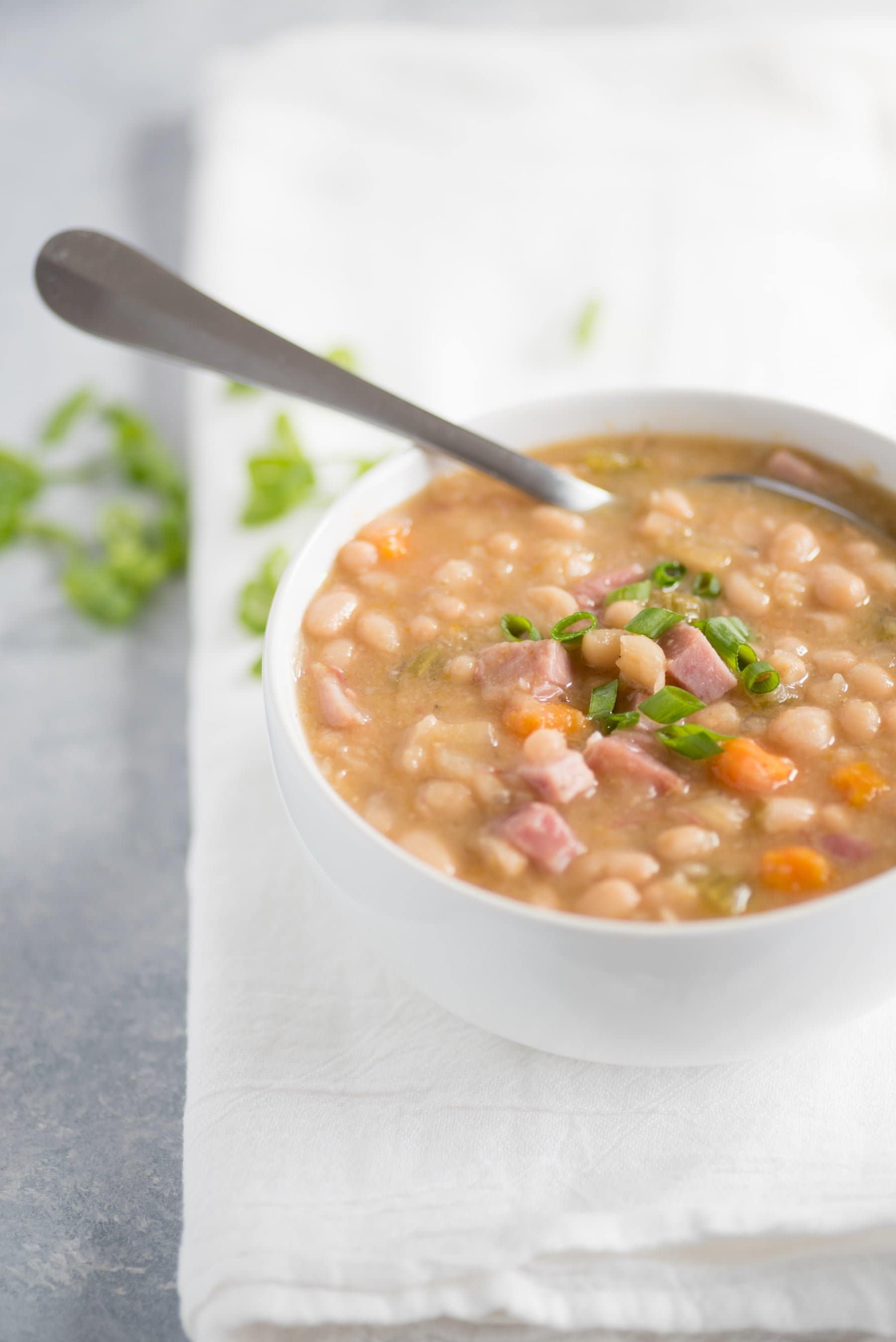 Why am I using water instead of stock?

A lot of the flavor in these ham and beans come from the ham hock. Because it is simmering right alongside your beans in the slow cooker, you are essentially making a stock while you cook the soup. The simplicity is the best part of this recipe!

How can I thicken these ham and beans?

Honestly, you probably won’t need to—as written, this recipe makes for a hearty, fairly-thick stew. But if you want it really thick, at the end of the cooking time, blend about a cup of the beans with an immersion blender and add it back in.

What’s the best slow cooker for this ham and bean soup?

This recipe makes a lot of servings (6 BIG servings), so I recommend a larger Crock-Pot for this dish. I usually use either my 6-quart Crock-Pot Multicooker or my 6-quart Hamilton Beach slow cooker.

Can I do this on the stovetop?

Can I make this in the Instant Pot?

Sure can! You can make it using the slow cooker setting in the Instant Pot, following the recipe as written. Or, if you didn’t get a chance to plan ahead and put this soup in the slow cooker in the morning, you can speed up the cooking process using the pressure cooker. It’ll be ready in around 45 minutes that way! We’ve included instructions for this in the printable recipe below. 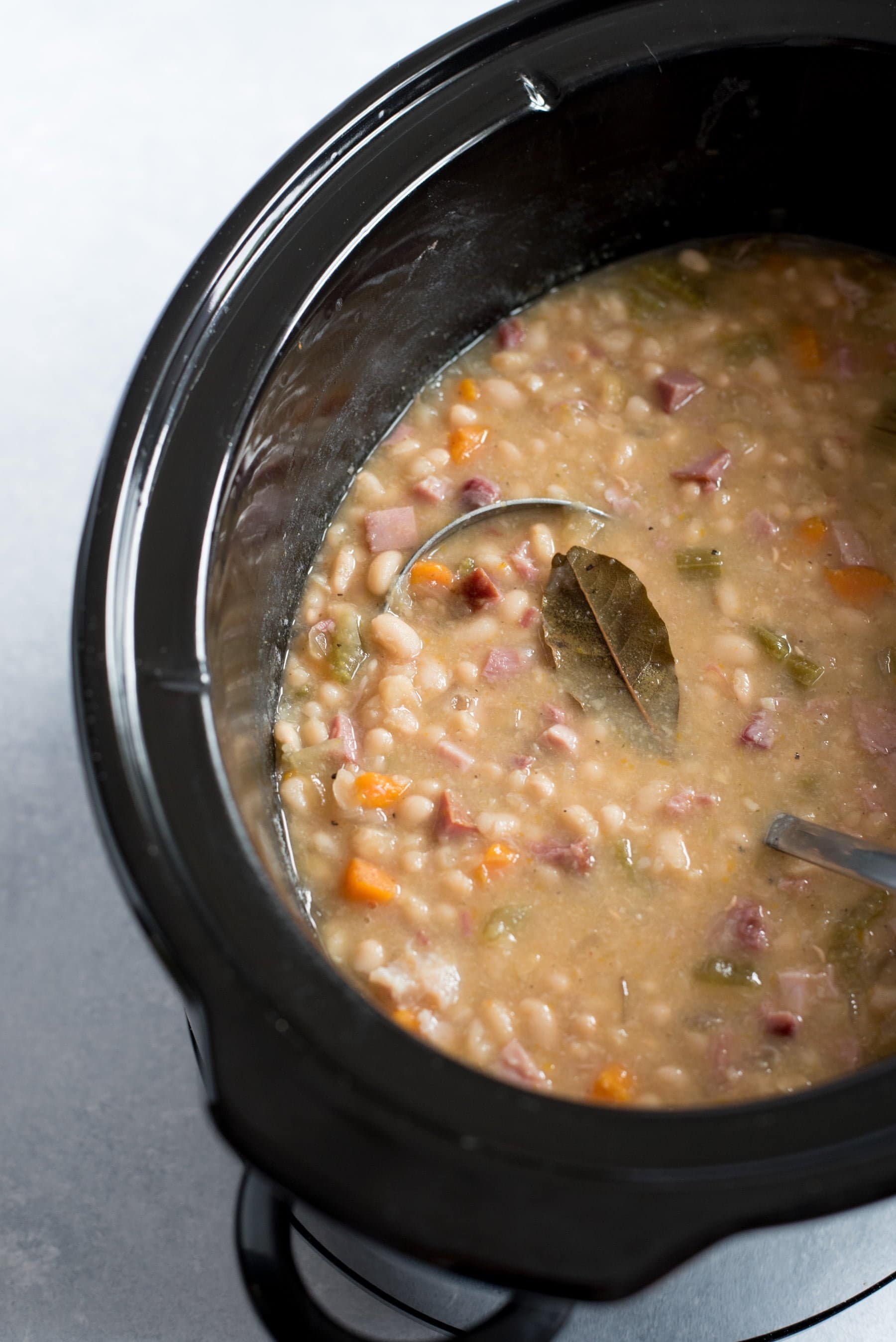 Can I freeze these slow cooker ham and beans?

You sure can! Let them cool completely, and then freeze them in freezer bags or containers. These leftovers are great for sick days or bad weather days—you know, those “just screams for comfort food” times. To defrost, either thaw overnight in the fridge, or thaw at room temperature for about a half hour (just enough for it to loosen from your container), and then dump into a stock pot or saucepan and warm covered over low heat on the stove.

What can you serve with ham and bean soup?

A big, cozy bowl of soup just begs for some bread! Cornbread, braided seed bread, Irish soda bread, and biscuits all do the trick. If you’re looking for something fresh on the side, a nice salad is a great addition.

Looking for more of our five-star soup recipes?

And check out these all-time fan-favorite dinner recipes: 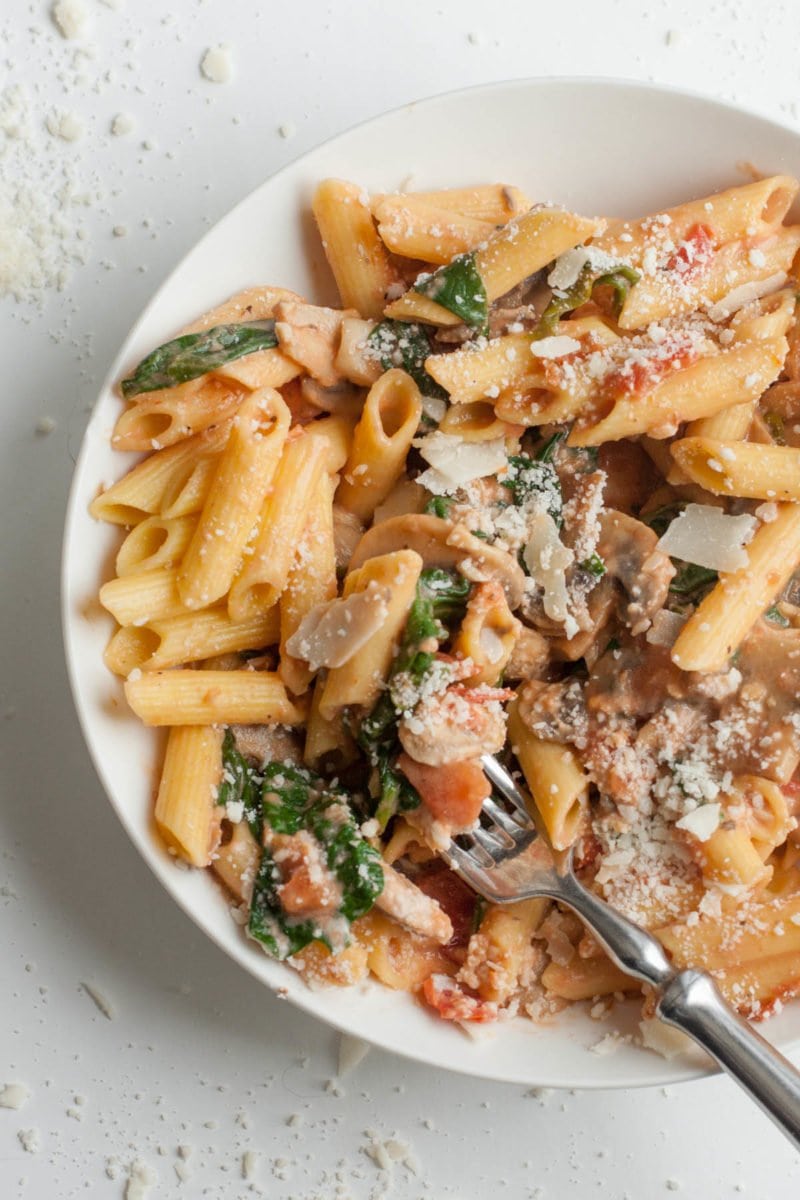 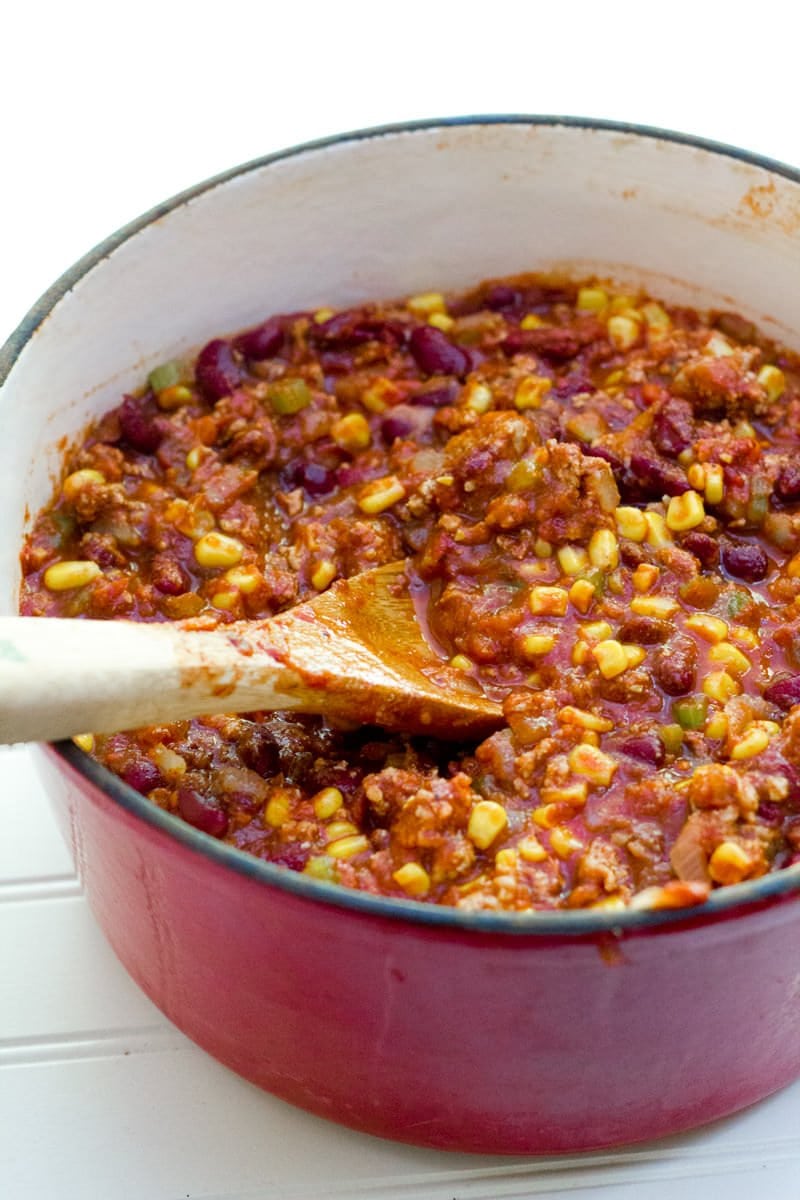 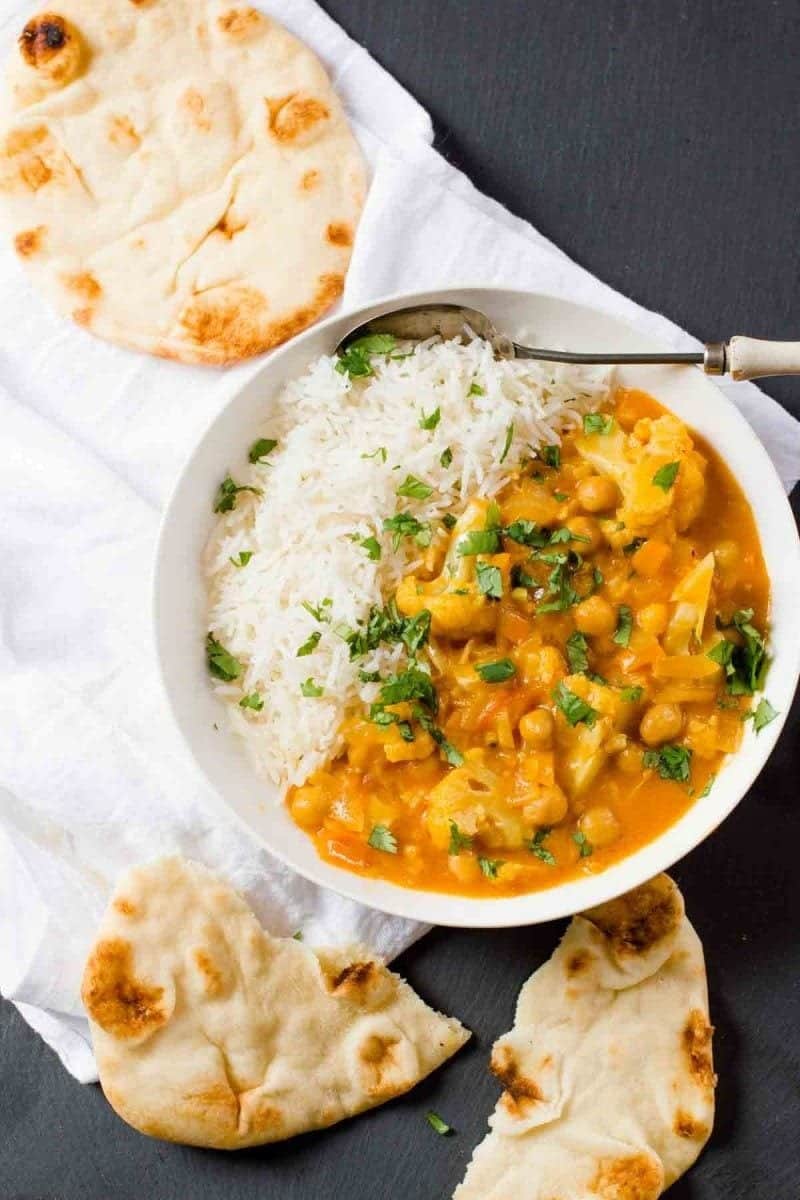