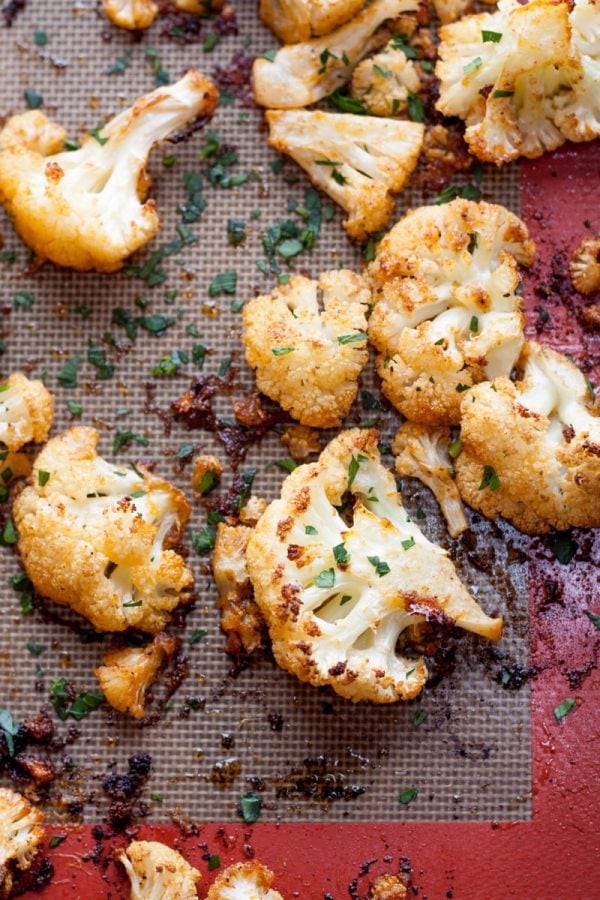 And I’m not just saying that because I’m the world’s biggest cauliflower fan (although, I totally am), even my cauliflower-hating husband thinks roasted cauliflower is amazing. After I was finished photographing these puppies, he scooped them into a bowl, took out a fork, and went to town. He is no longer cauliflower-hating. In fact, I think he has upgraded to a full-blown cauliflower lover. 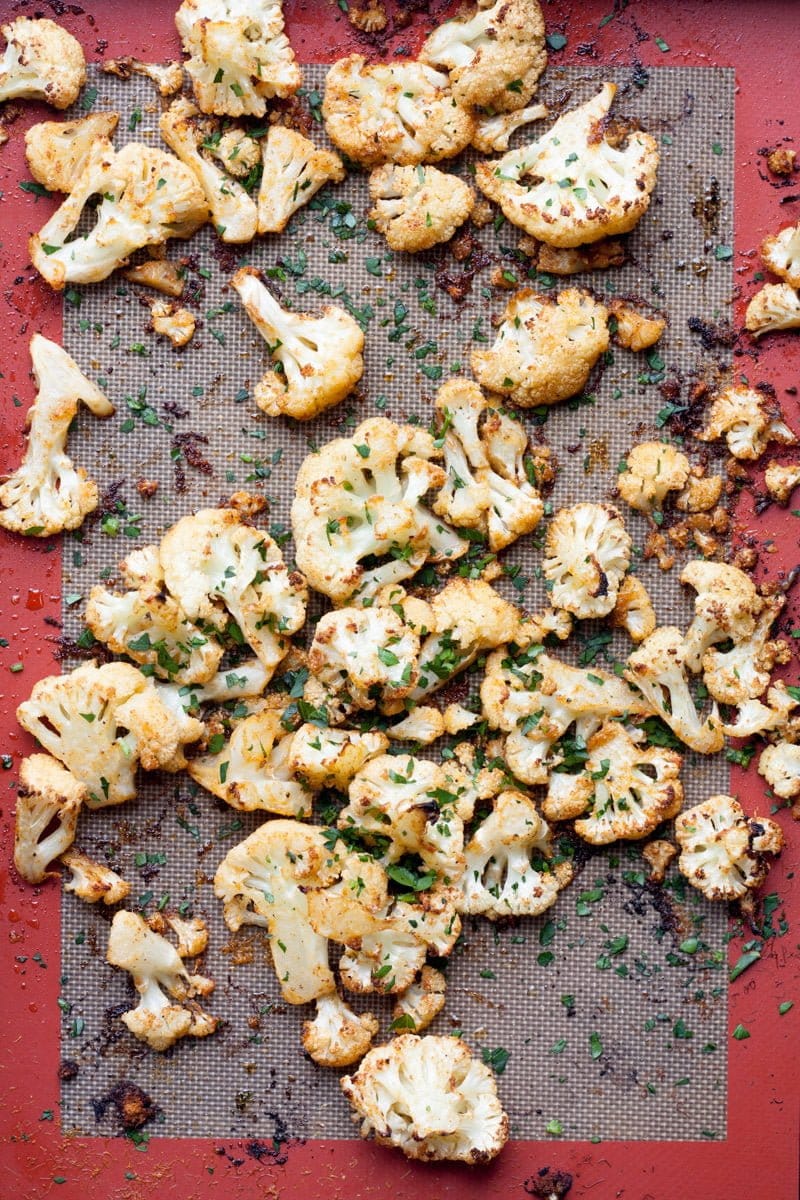 I’ve been using a variation of this roasted cauliflower recipe for years—it really is pretty much impossible to mess up. In fact, it’s pretty much impossible to mess up roasting any kind of vegetable. Just as long as you give them enough space on the baking pan (you want them to roast, not steam, and if they are crowded, they steam and get mushy) and season them well, you’re golden. Here, I use paprika, garlic, sea salt, freshly-cracked black pepper, and a heavy hand of Parmesan cheese. But really, just a little bit of salt and pepper is all you need to make great roasted veggies. That and some olive oil. Not too much. You don’t want to fry your veggies in the oven, you just want to give them enough fat so they don’t dry out. Just a touch. 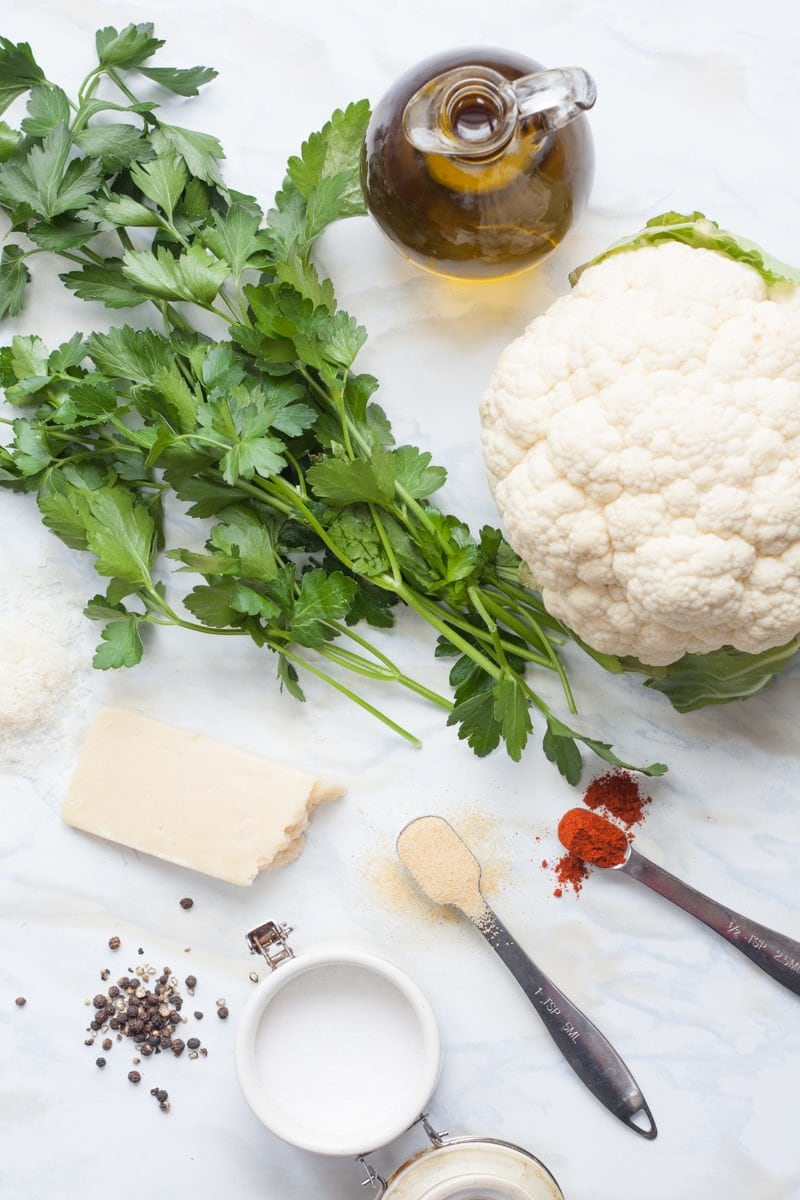 I think I love cauliflower so much because it’s a vegetable that isn’t at all like a vegetable. Don’t get me wrong, I love some greens as much as the next health-conscious gal, but sometimes all those vegetables you’re supposed to eat can get a bit. . .vegetable-y. You want something with heft. Something that fills your belly. Cauliflower is like the anti-vegetable vegetable. It’s almost more like a delicious, starchy grain than a vegetable. So much so, people make it into pizza crusts and “rice” and all kinds of other carb-like concoctions. Although, I’ll stick with my actual wheat pizza crust and rice rice though, thanks. I heart carbs. 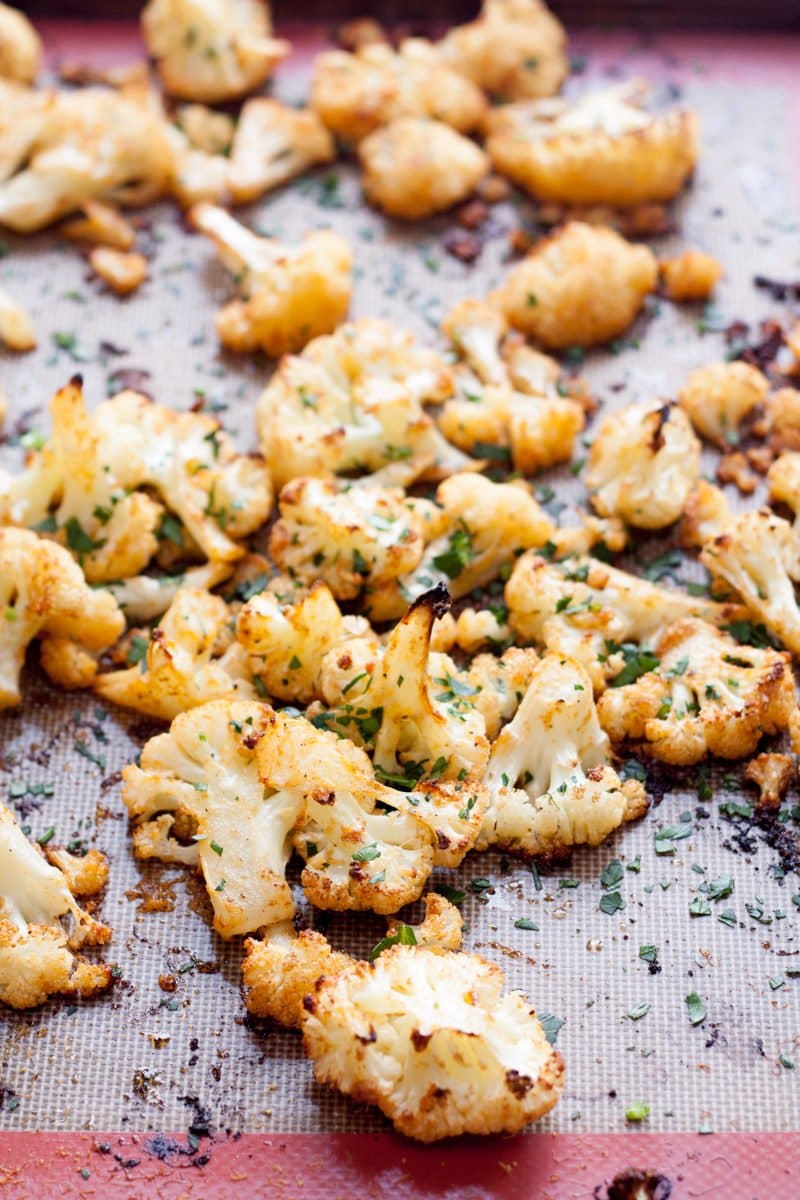 I am so excited to share this recipe with you guys, not only because it is super delicious and easy (it is!), but also because, for the first time ever, I shot a video to go along with this recipe! I have no plans to be on-camera anytime soon—I promise you don’t want to experience my first-class awkwardness on film—but I have been wanting to expand into using video to spotlight my recipes for a while now. And I finally took the plunge with this cauliflower recipe! I’ll be using videos like these to tease my recipes on social media, and hopefully generate more buzz. You can checkout the video I shot for this recipe over on my Facebook page.

The makes four small, side-dish servings. If you're big cauliflower eaters, go ahead and double the recipe to serve four.