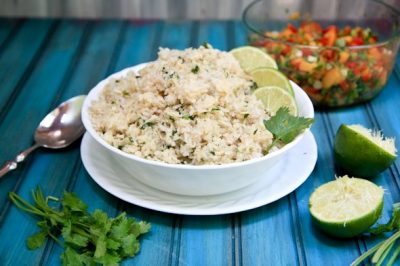 You know when we went to Costco last weekend? Well, one of our many impulse purchases was a five pound bag of limes. Five. Pounds. At the time, I had all these visions of cucumber limeade, gin and tonics and maybe even my own special clean version of the key lime pies we grew to love to while in Florida. I had plans for those limes. They were meant for greatness.

And then I got them home and hulked my giant bag of limes onto the counter and thought, Holy hell. What did I get myself into? That’s a lot of limes. 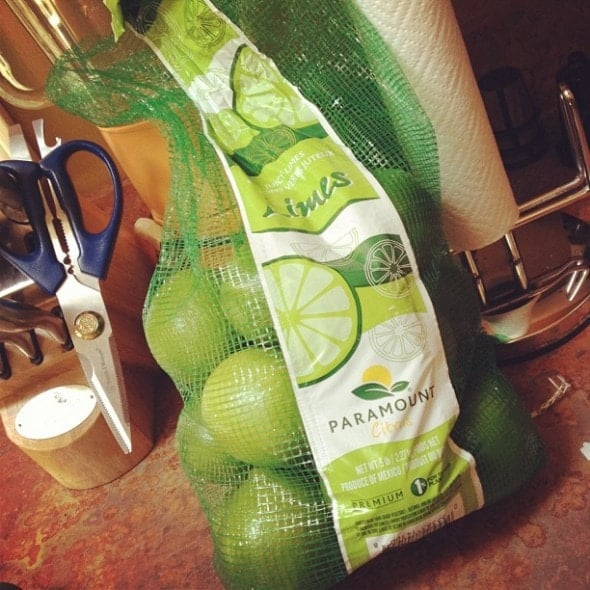 Once I got over the initial shock of lime overload, I started actually using them. I made a giant batch of cucumber limeade (so, yum) which we drank out of quart Mason jars out by the pool. I found myself squeezing lime juice on pretty much everything. On top of grilled fish. Over salads. In my water glass. And into my pot of brown rice. 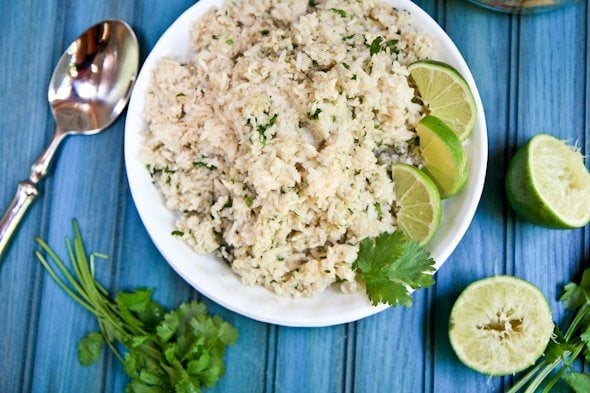 I know making cilantro lime rice isn’t new by any extent of the imagination, but it is totally new for me. I’m not a huge brown rice fan. When compared to all the delicious, nutritious, awesome grains out there, brown rice falls way low on the list. It’s just so…blah. But a squeeze of lime, a touch of butter and a handful of cilantro, turned blah into pretty amazing. So amazing that I couldn’t stop dipping my fork into the bowl while I was pulling together the rest of dinner (which was, by the way, salmon with peach salsa). 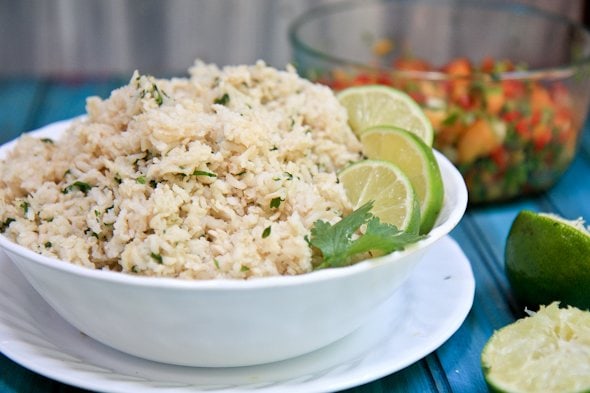 For only having that bag of limes for about a week, I’ve made a damn good dent, thankyouverymuch. I’d say I have about 1/3 of the bag left to tackle. Maybe there is a  Regular Lime Pie in our collective futures. Or maybe I’ll just make another batch of this rice.

What’s your favorite way to use limes?