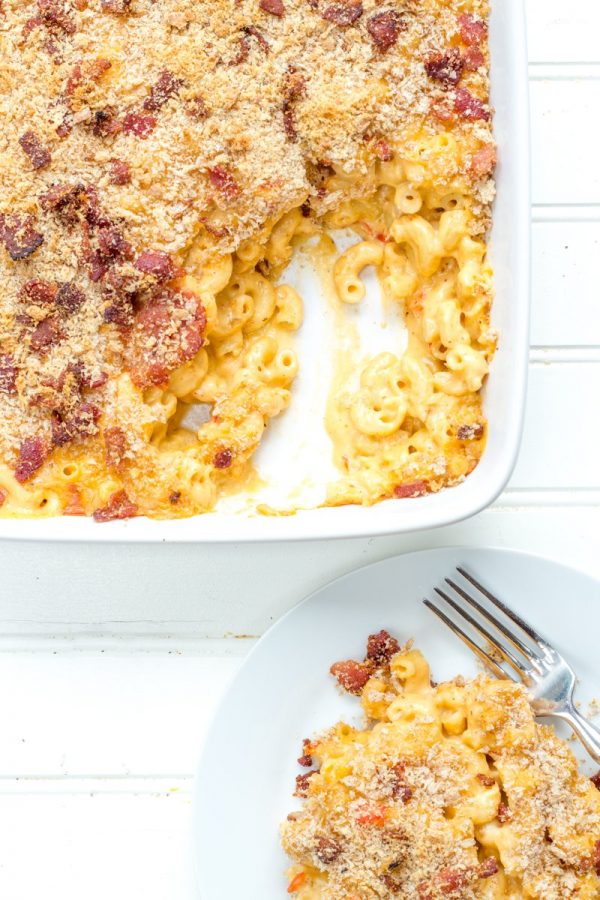 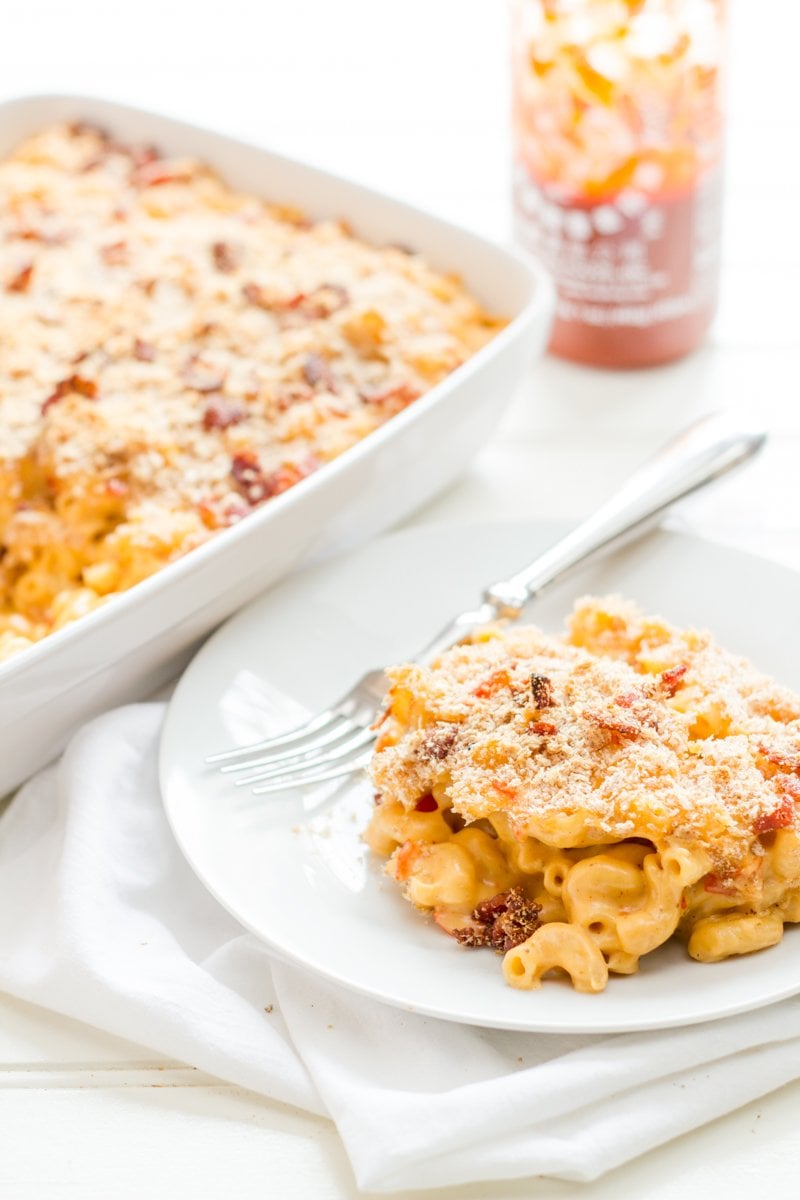 First up, keep it soupy. If you are going to bake your mac and cheese, it should be nice and liquidy before it goes in the oven—trust me, that macaroni is going to absorb a lot more sauce than you think. So often people are tempted to stretch the recipe by adding just a bit more pasta, or, even worse, thinking the recipe is wrong because it’s super liquidy when it goes into the oven. If your mac and cheese looks like it’s finished before it even goes in the oven, you’re going to end up with dry mac and cheese. Keep it soupy.

Secondly, and this one is going to be controversial, don’t use a lot of cheese. Okay, okay, I know mac and cheese, but cheese can be such a booger to work with. Trust me, you don’t actually want macaroni and cheese. What you want is macaroni and a cream sauce that is flavored with cheese. I also, personally, believe you don’t need eight different $20 cheeses from the specialty store either to make really good mac and cheese. A few cups of good extra sharp cheddar will do you fine.

Thirdly, promise me you won’t used pre-shredded bagged cheese. If you’ve ever had stringy mac and cheese, it’s probably because it was made with preshredded cheese. If you check the ingredients on those bags of cheese, you’ll probably find two ingredients to help keep the cheese from sticking together—cellulose (AKA: cardboard—seriously) and potato starch. Sure, they help keep the cheese easy-to-sprinkle in the bag, but they also keep the cheese from getting all dreamy creamy in a sauce. Promise me you’ll grate your own cheese. Promise. 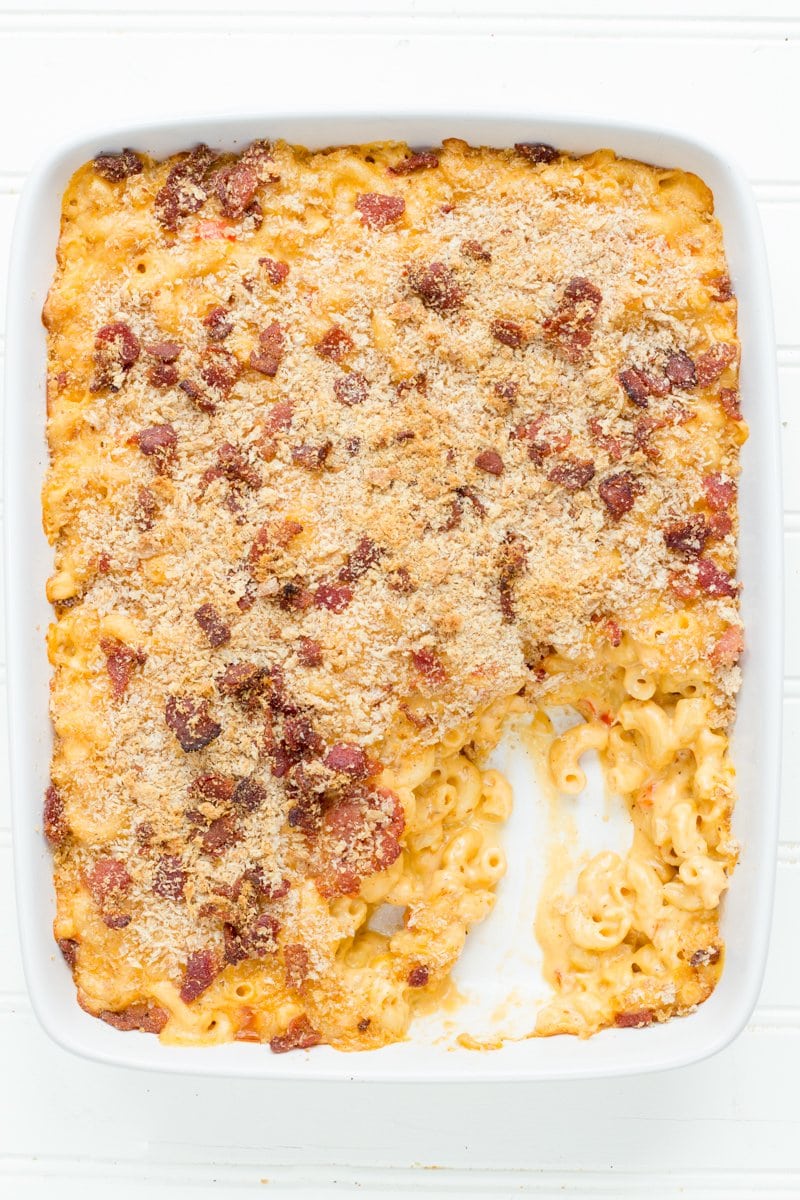 And my final tip is the granddaddy of all mac and cheese tips. It’s also maybe the weirdest one of the bunch. Are you ready for it?

There, I said it. In place of milk (or cream), use full-fat coconut milk from the can. Coconut milk is so incredibly velvety smooth, and it holds up really well to cooking at high temperatures—something that can’t be said for cow’s milk. And before you go about thinking your mac and cheese is going to end up tasting like a macaroon—I swear the coconut flavor fades away. I tend to use half coconut milk and half evaporated skim milk to help keep the coconutty flavor down, but even that really isn’t necessary. It definitely doesn’t taste “like coconut”. If anything, it just adds a nice lightly-sweet undertone to the dish. If you didn’t know it was in there, you probably couldn’t taste it. This is true with even the simplest of mac and cheese recipes, but it is especially true when you’re making a recipe with a little more flavor gusto—like this Bacon Sriracha Macaroni and Cheese. 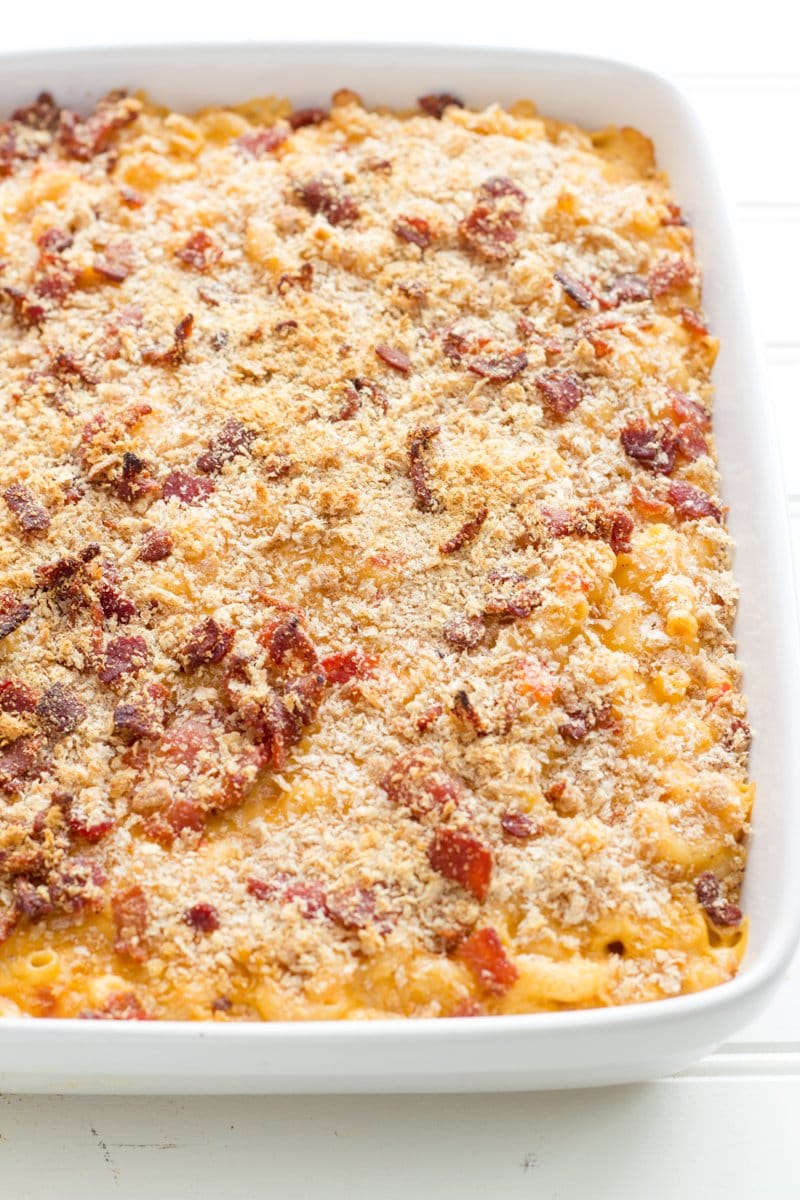 This mac and cheese is pretty life-affirming. In fact, it’s so crazy good, my husband declared this the best macaroni and cheese he’s ever had (which is saying a lot, considering he requests my Pepperoni Pizza Mac and Cheese for his birthday each year). And I have to admit, I did do pretty good on this one. It’s spicy, but not overwhelmingly so. It’s incredibly cheesy and creamy. And it’s got a wonderful crunchy layer of panko and bacon on top.

Like it hot? Add more Sriracha for even more spicy flavor.