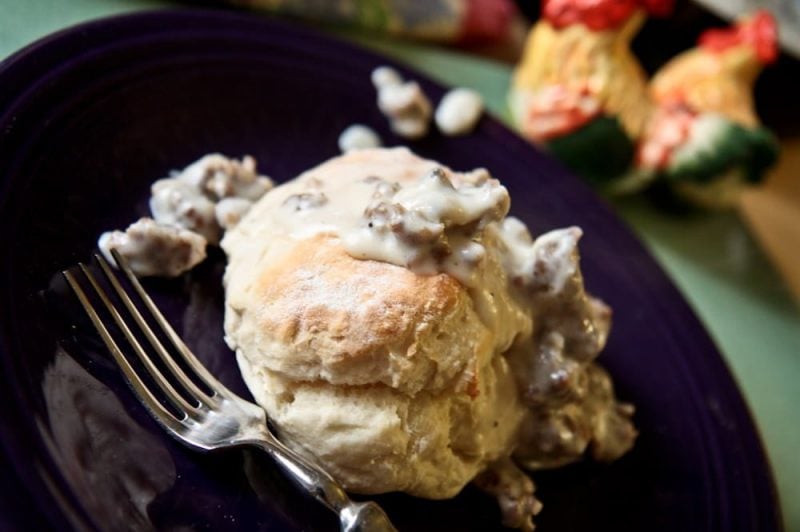 Making biscuits is a rite of passage in my family. Some people turn to religious ceremony to welcome a child into adulthood. Sometimes it happens after a traditional life event (graduations come to mind). But in my family, you were on your way to adulthood the moment my Dad had you come over to the kitchen counter and learn how to make his world-famous biscuits. 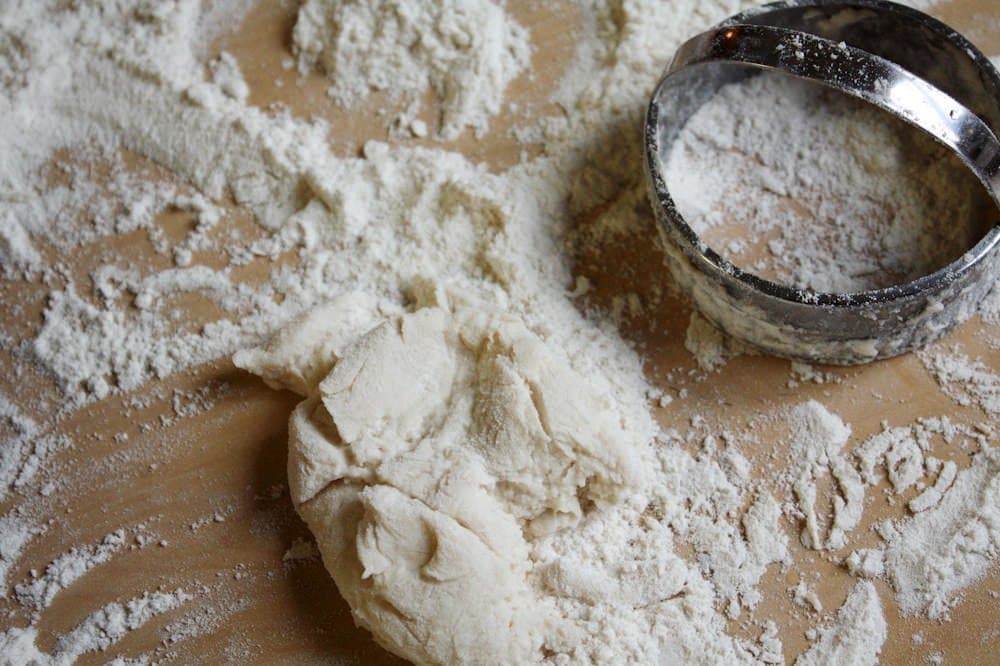 I hear stories that my Dad now bakes his biscuits from scratch (blasphemy!), but growing up, we always, always used Bisquick. 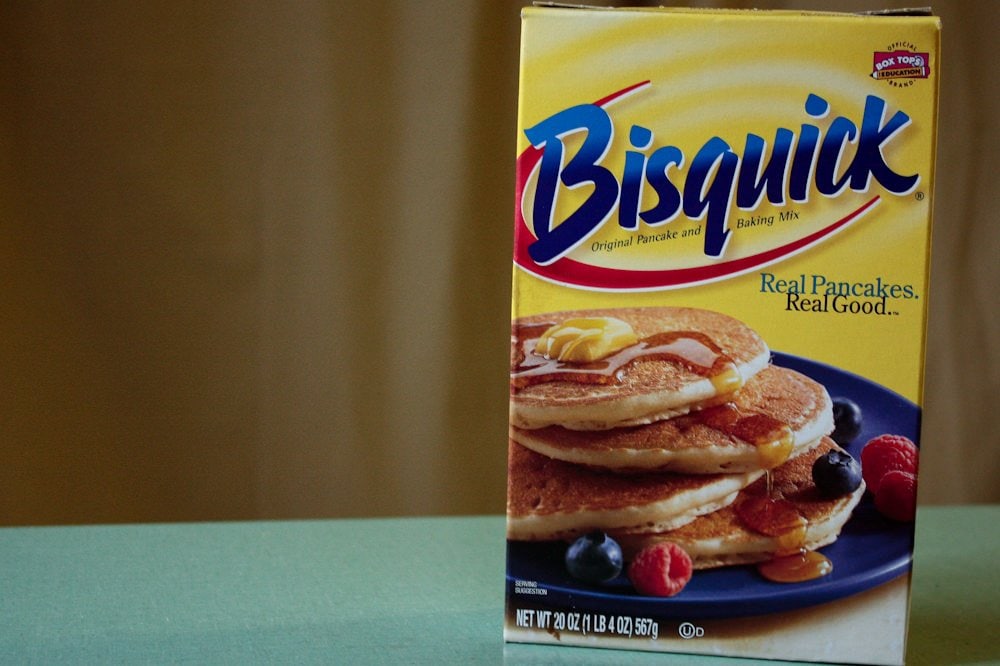 I’m sure the from-scratch variety are equally delicious, but there is something very homey and comforting about pulling that bright yellow box of Bisquick from the back of my pantry. What can I say? I am a child of the 80s. 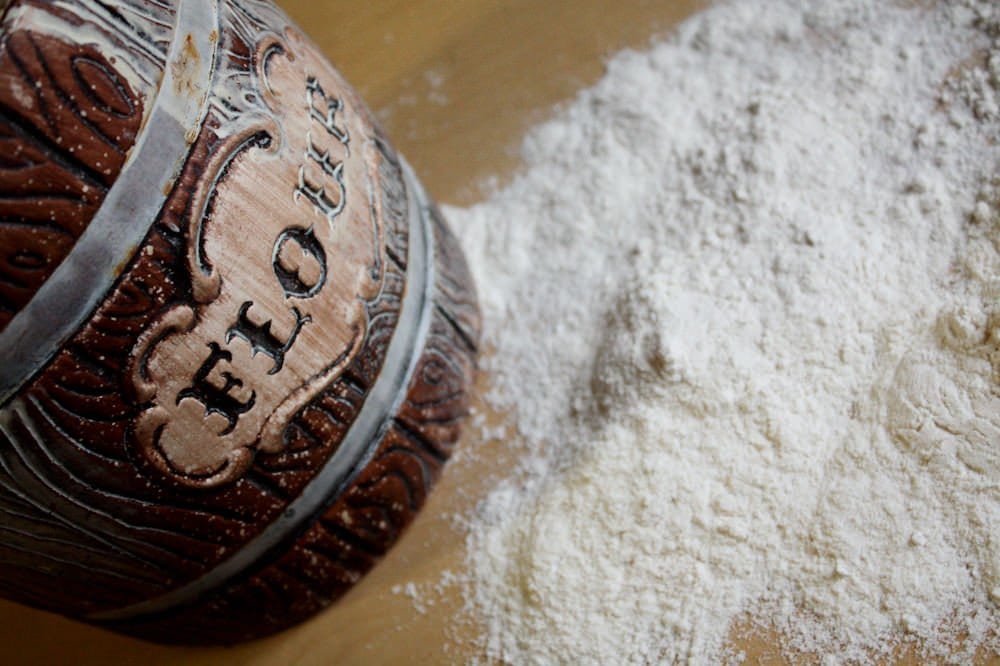 Regardless of your recipe, the vital aspects of making mountainous, fluffy biscuits is more in the method of attack than the ingredients. 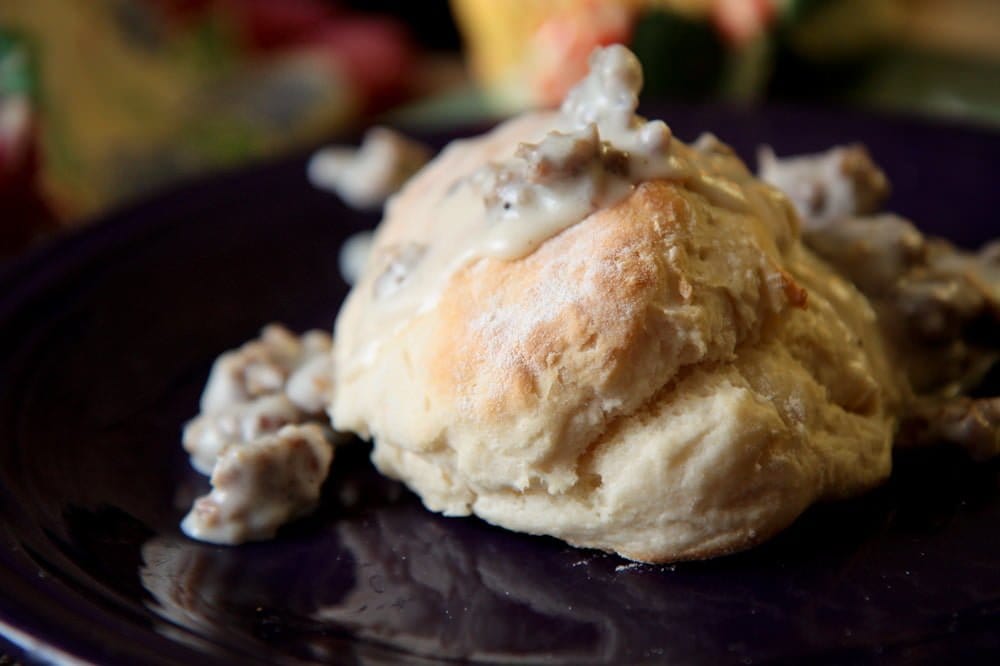 My only addition to this list is a vital one.

You have to nab a hunk of biscuit dough to eat. Preferably with your Dad slapping your hand as you make away with the goods.

Mama says that I have a giant lump of biscuit dough sitting in the bottom of my gut because it probably isn’t digestible and I’ve eaten my fair share in my lifetime. That’s fine by me, because biscuit dough is totally worth it! 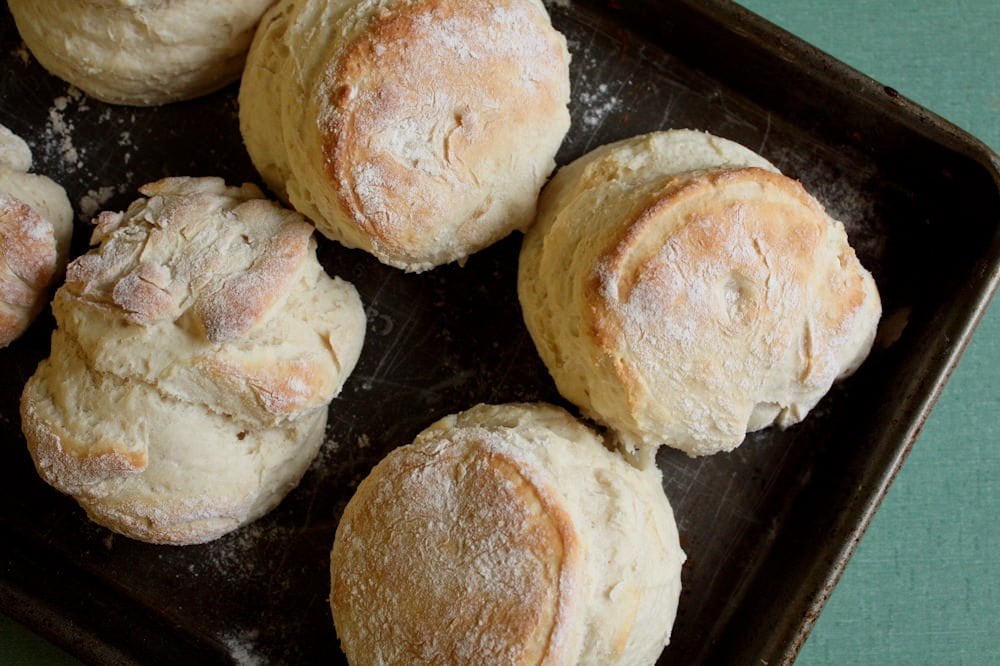 The making of biscuits and gravy was always a picture-perfect example of the inner-workings of my parents’ marriage. Divide and conquer. Nurture individual skills and weave them together into a working partnership where the whole is greater than the sum of its parts.

In other words, Dad makes the biscuits. Mama makes the gravy. 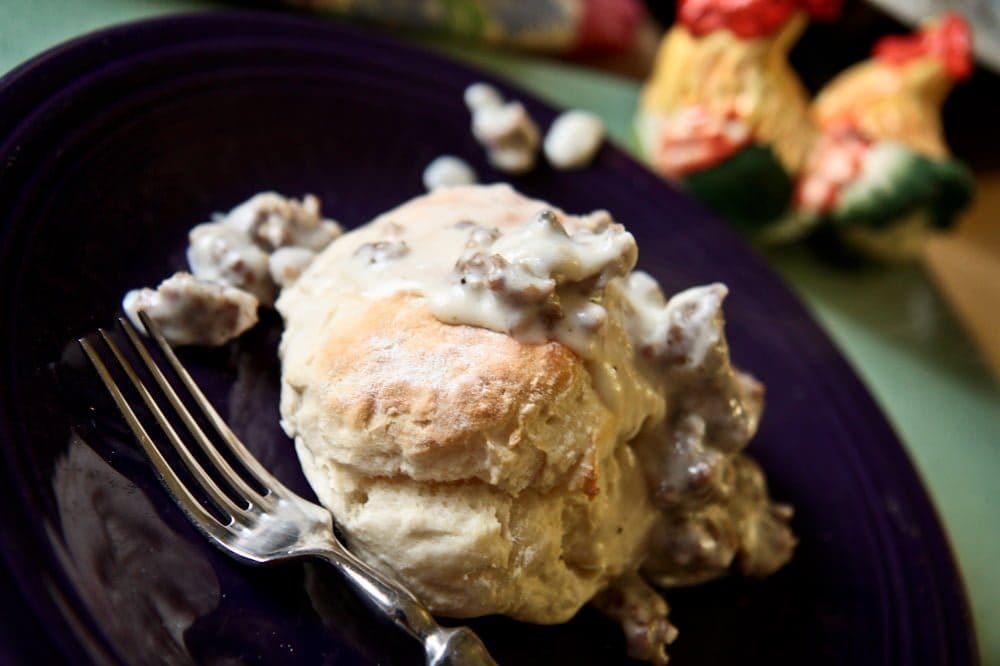 A good sausage gravy is unbelievably easy. I’ve seen recipes calling for this and that added flavor, but what you really want in a gravy is the flavor of the browned sausage to shine through. No need for adding any glitter to this one, simple is best.

Brown sausage in a large skillet over medium heat. Sprinkle with flour and stir until sausage is well-coated and flour has absorbed any fat. Whisk in milk and half and half. Bring to a boil, reduce heat and simmer until thickened. Add salt and pepper to taste (we like a lot of black pepper). Serve over your favorite biscuits. 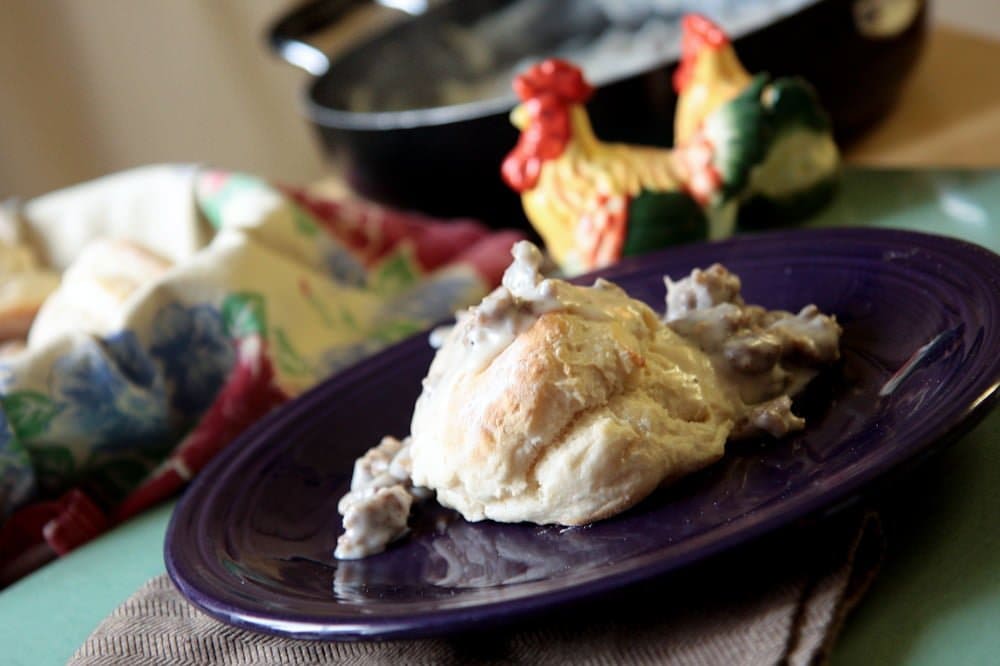 I wouldn’t consider this an everyday food (hence why the Bisquick was in the back of my pantry), but it is comfort food at its finest for me. And sometimes we all just need to feel likes kids again, even if means eating as many calories as you’d burn in a 5 mile run.