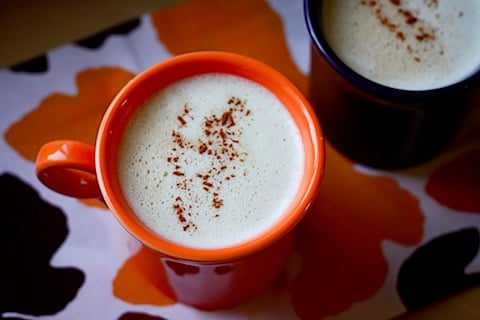 Happy Halloween, my friends! I hope you are having a pumpkin-filled, not too spooktacular holiday. 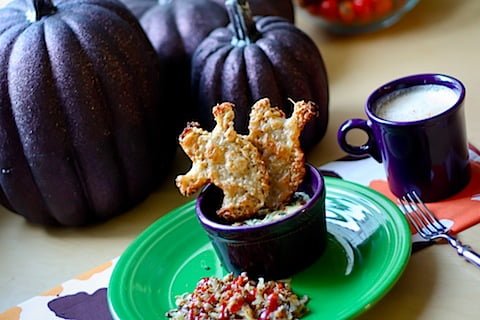 Amazingly, we managed to have a Halloween morning breakfast without a spec of pumpkin. Weird, right? 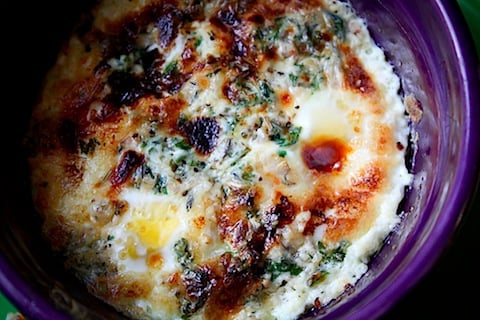 Herbed baked eggs. Which kinda look like two eyeballs looking up at you. For Halloween we’ll rename them Here’s Lookin’ at You, Kid Baked Eggs. 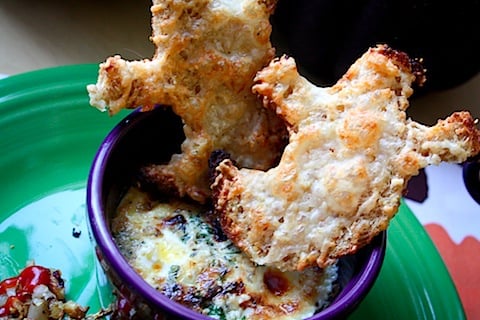 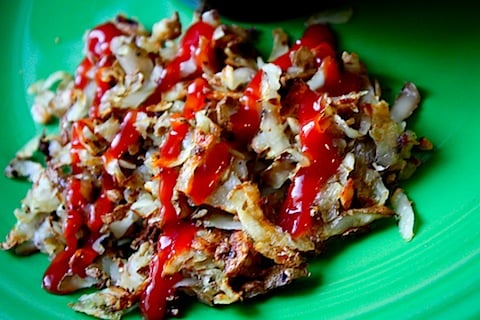 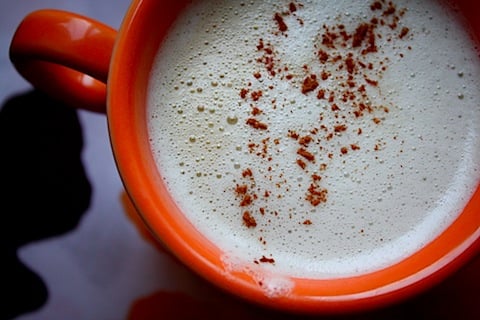 And the star of the breakfast show, a white chocolate mocha. Today known as a White Zombie. 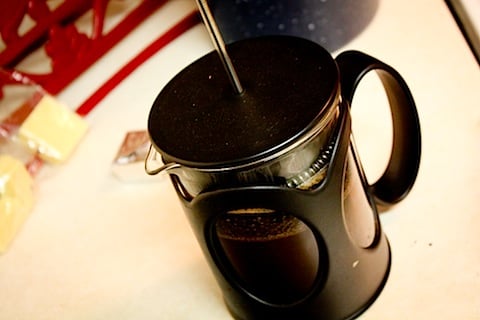 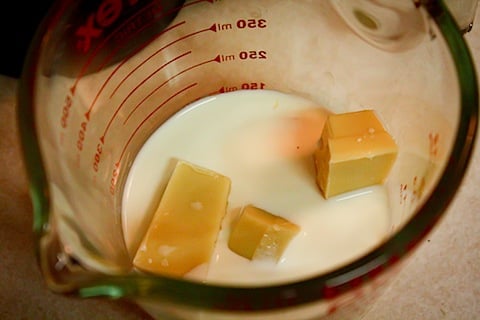 White chocolate melted with half and half. Then frothed up with a stick blender. 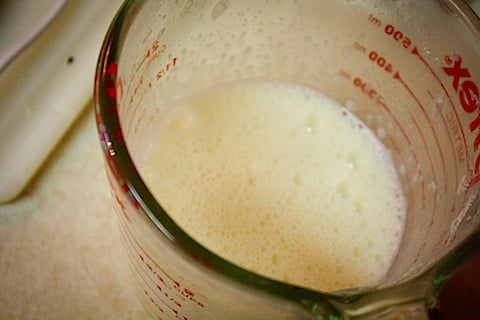 Half chocolate mix. Half coffee. 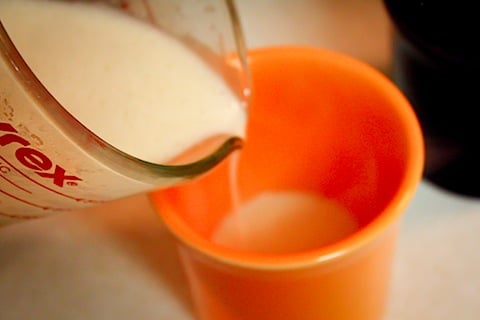 3 ounces white chocolate
1/2 c. half and half cream (can substitute any kind of milk)
12 ounces strongly brewed coffee
Cinnamon

Heat white chocolate and half and half in microwave until chocolate is melted. Blend with an immersion blender until frothy and mixed. Fill a coffee mug halfway with chocolate mixture, fill remainder with coffee and dust with cinnamon. Serves two. 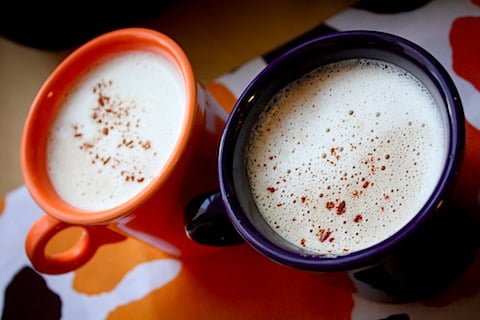 Have a safe and cheerful Halloween!