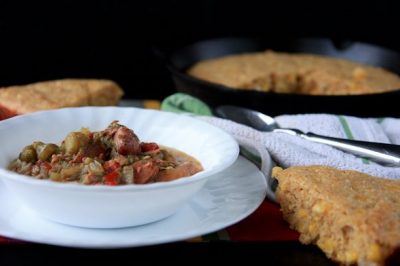 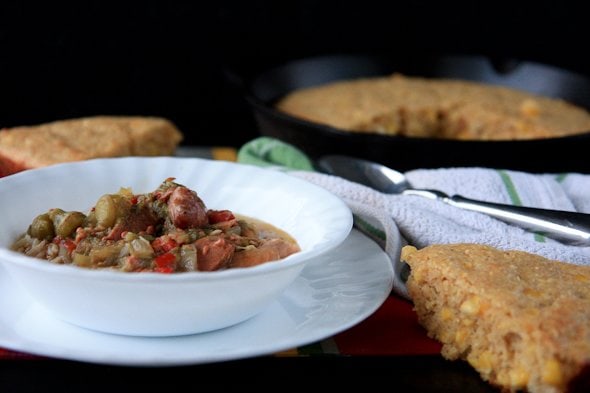 I hope you guys aren’t sick of slow cooker recipes yet.

I promise one of these days I’ll put it back in the cabinet and start using my stove again. But for now, the ole Hamilton Beach stand-by (I should really name her) strikes again. This time, with a spicy, full-of-flavor gumbo. 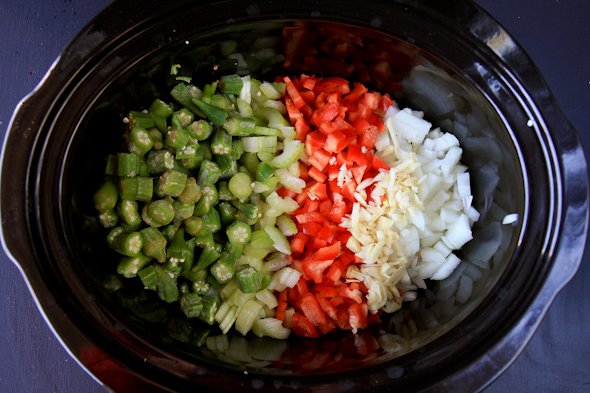 I know what some of you out there are doing. You are thinking, “Eh, that sounds okay, but okra is gross.” And now you are scrolling. And now you’ve skipped this post. And now you’ll never know that okra is awesome.

If you’ve never cooked okra, you may not know that it can exude a slime when it is cooked. Gross, right? Well, there are ways to cook okra to lower the slime quotient, but this recipe actually uses the slime to help thicken the gumbo instead of adding other thickeners like cornstarch or flour. By slicing open the okra before placing it in the slow cooker, the slime is released and mixes with the stock. You end up with a thickened and slime-free gumbo. Win-win. 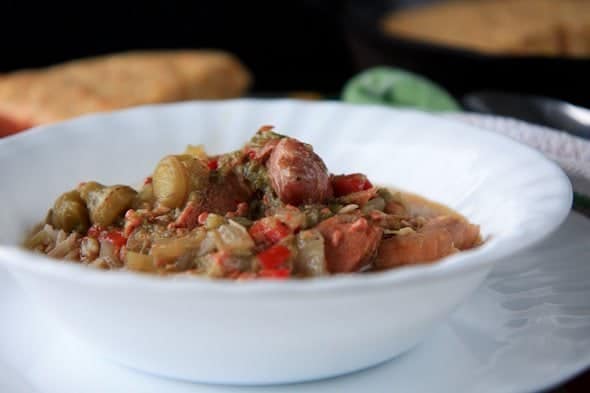 Make sure you serve this over top a nice bed of fluffy brown rice with some cornbread on the side. If you are feeling particularly crazy, go ahead and dollop a bit of sour cream on top. The cool sour cream pairs really nicely with the spicy andouille sausage. I’ve mentioned a few times before that we are spice lightweights, so the spiciness of the andouille was enough for us. If you are a little more adventurous, feel free to take your life in your own hands and toss in some cayenne pepper. 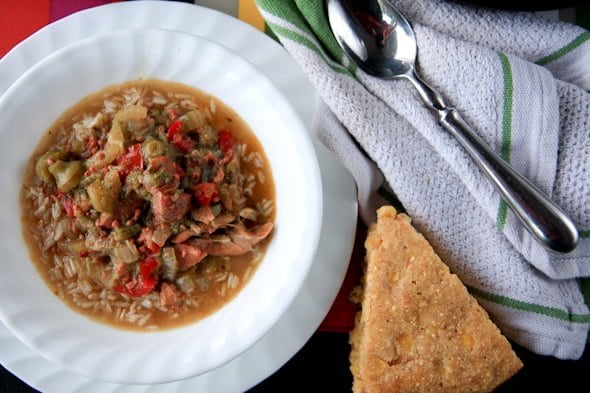