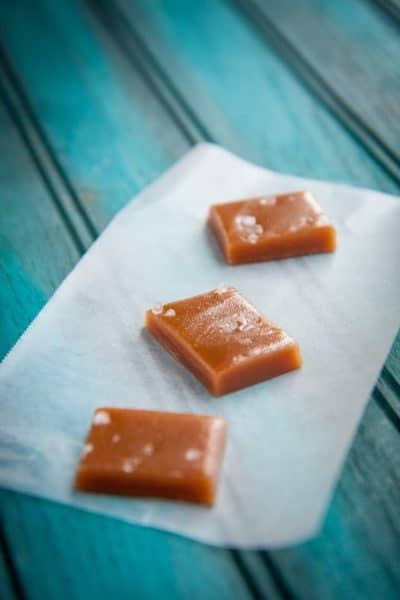 I have to be honest, I’m getting a little misty about the fact that today is the last day of the Handmade Holiday series. I have had so much fun handing over my ideas for handmade gifts! If you missed any of the posts, I’ll be doing a round-up post with links to all of the gift ideas on Monday.

Well, I may be sad that it’s over, but man, we’re going out with a bang. 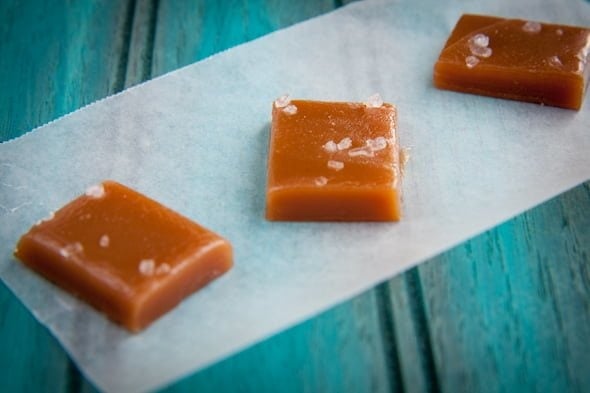 Salted caramels are nothing new. And gifting them for the holidays is nothing new either. But I desperately wanted to throw my hat into the buttery ring this year. I’ve never been much into candymaking, and even though it took a few attempts to finally get perfect caramels—it was totally worth it. These things? Insanely delicious. Which is no surprise. Butter + sugar pretty much always equals good. 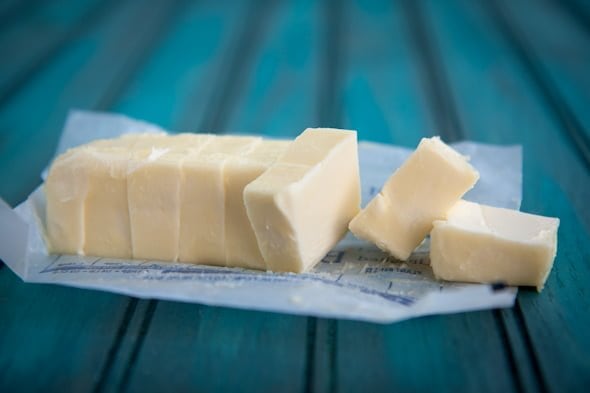 I’ve had good success using honey in place of corn syrup with other candymaking (like marshmallows) so I felt like that would work here, too. 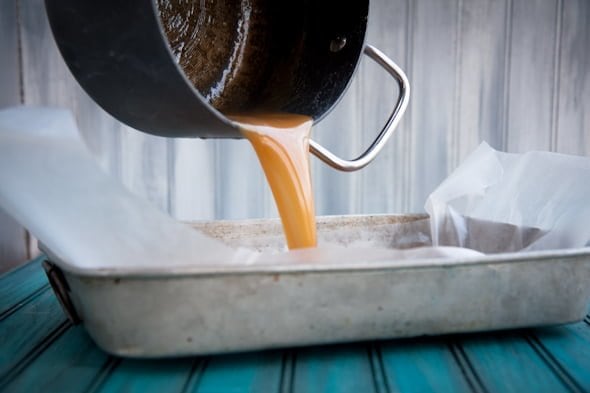 After some Googling, I landed on a pretty good starting spot from Two Tarts. I did some modifications to their recipe. 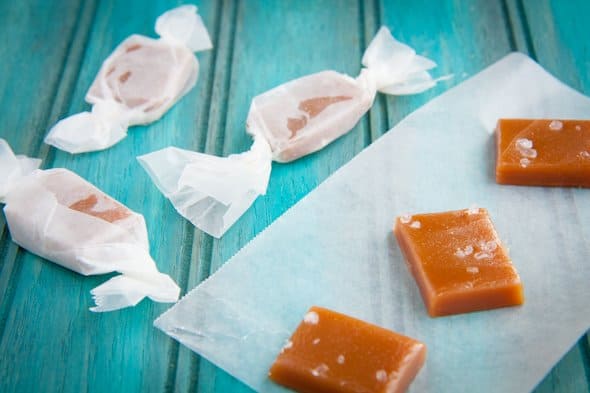 Like I said above, I had to make these guys a few times not because of the taste (the taste was awesome) but because I had a really hard time getting the caramels to set. On the bright side—I had a lot of delicious caramel sauce to put on yogurt!

I think I struggled so much with timing because I was (a) relying on a candy thermometer that has never been super accurate and (b) I moved! I now live at a much higher elevation than I did last time I did any candymaking and elevation definitely matters. 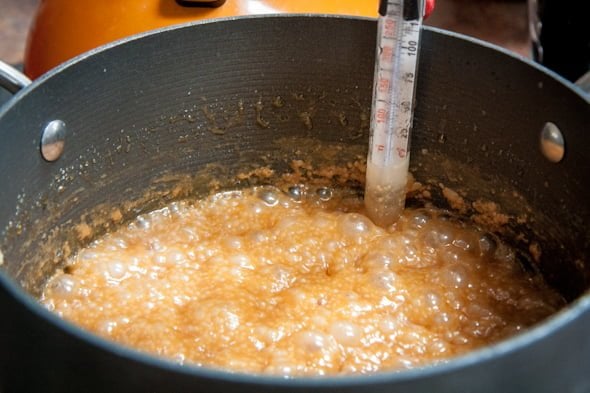 Eventually, I ended up chucking the candy thermometer and relied on the tried-and-true cold water test. Basically, you drizzle a little bit of the caramel sauce in a cup of cold water, then gather it with your fingers. At first, it’ll be just goopy threads that are impossible to grab (this is called the, aptly named, thread stage). The next stage is that you’ll be able to roll the threads into a gelatinous soft ball (named the soft ball stage). And the next stage is the one we are looking for—the hard ball stage. When you scoop the caramel out of the water, you should be able to roll into a ball that keeps its shape. It should be just slightly softer than the texture you want in your final caramels. When you hit that stage, turn the heat off, you’re done. Who needs a stinking thermometer? Not me. 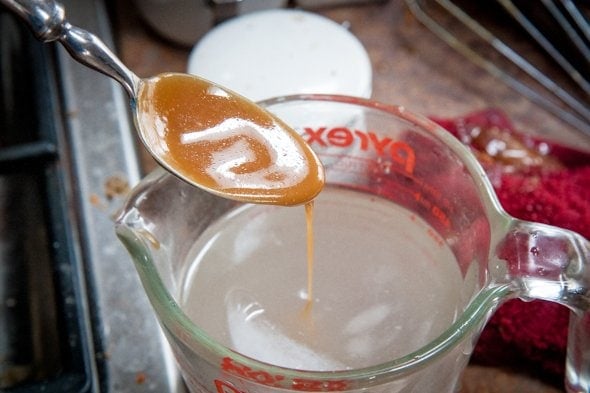 Go ahead and prepare yourself to eat no less than 400 of these things while you’re cutting and wrapping them. It’s like they grow legs and jump into your mouth. Unless you have ironclad willpower, you will make yourself sick on sugar. Just accept that fact. But the good thing? The recipe makes enough to eat your weight in them and still have enough to wrap up and give to your friends and family! 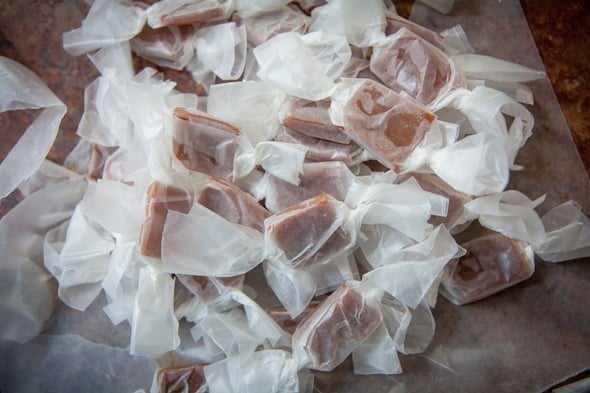 The caramels are smooth, buttery, chewy and just a teeny bit salty. Which makes them pretty much my favorite thing ever. It’s hard to beat the simplicity of these, but I already have fun ideas swirling around for the next batch. Bacon pieces? Chocolate drizzles? Potato chip crumbs? I even thought it’d be fun to make these into thin strips that can wrap around a fresh apple slice for an appetizer-sized caramel apple!

Do you do any candymaking? What’s your favorite candy to make?