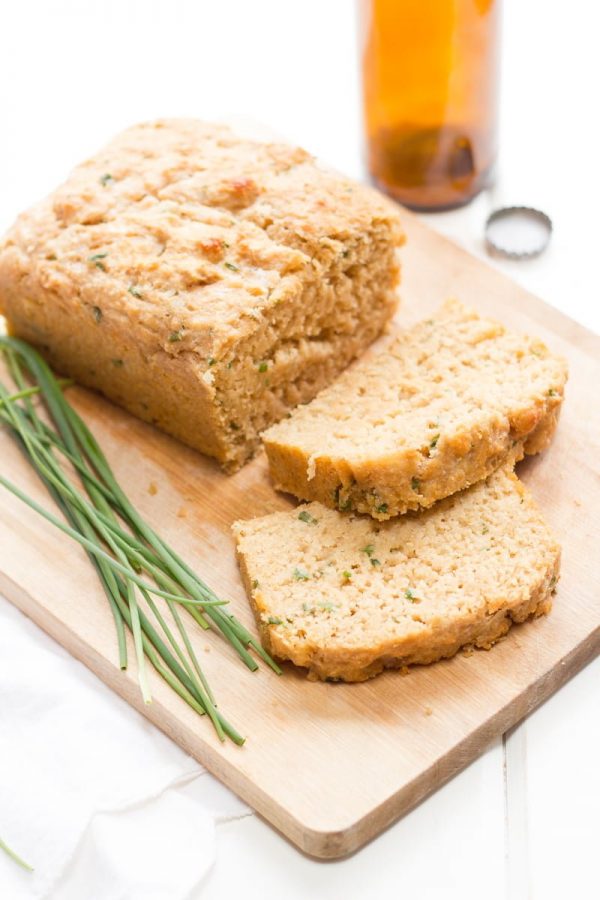 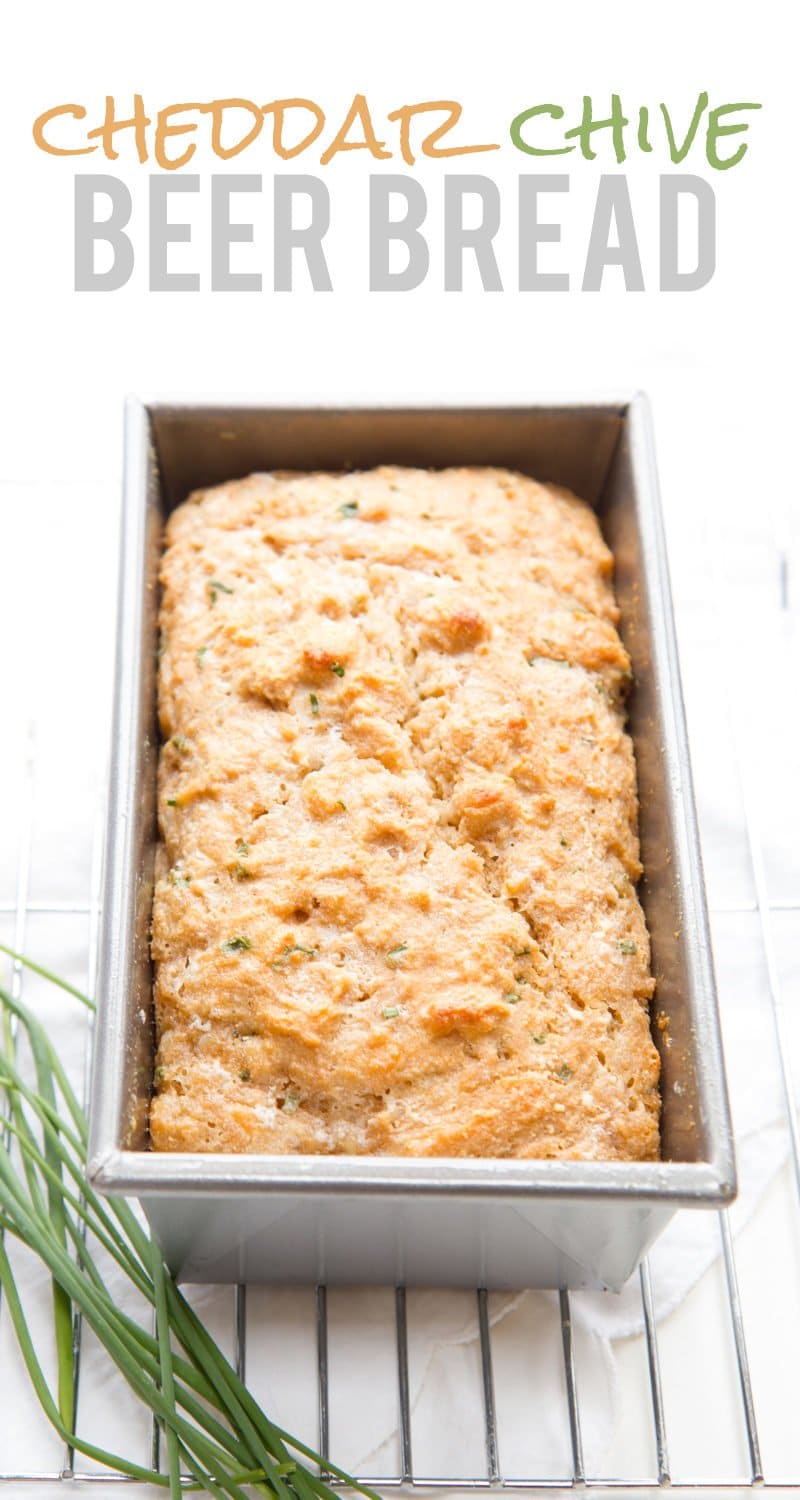 Cheddar Chive Beer Bread is a savory quick bread that comes together in a flash! Use your favorite drinking beer for best results.

Have I told you guys that we have been homebrewing our own beer for the past 18 months or so? And by “we” I mean “my Dad and my husband”. I have plans to get more involved in the future, but right now, my contributions are limited to recipe brainstorming and taste-testing.

As a beer lover, it is awesome having a constant supply of really great beer. I have to be honest, when they first started this endeavor, I was a little hesitant. I thought that it would probably be good, but not nearly as great as some of the awesome craft beers we get around here. After a year and a half, I can admit, I was totally and completely wrong. The beers that are coming out of my basement are some of the best beer I’ve ever had. And I love that it’s totally customizable. A few weeks ago, I requested a lighter, summery beer, and guess what? I now have enough lighter, summery beer to get me through a few months. It’s like magic! 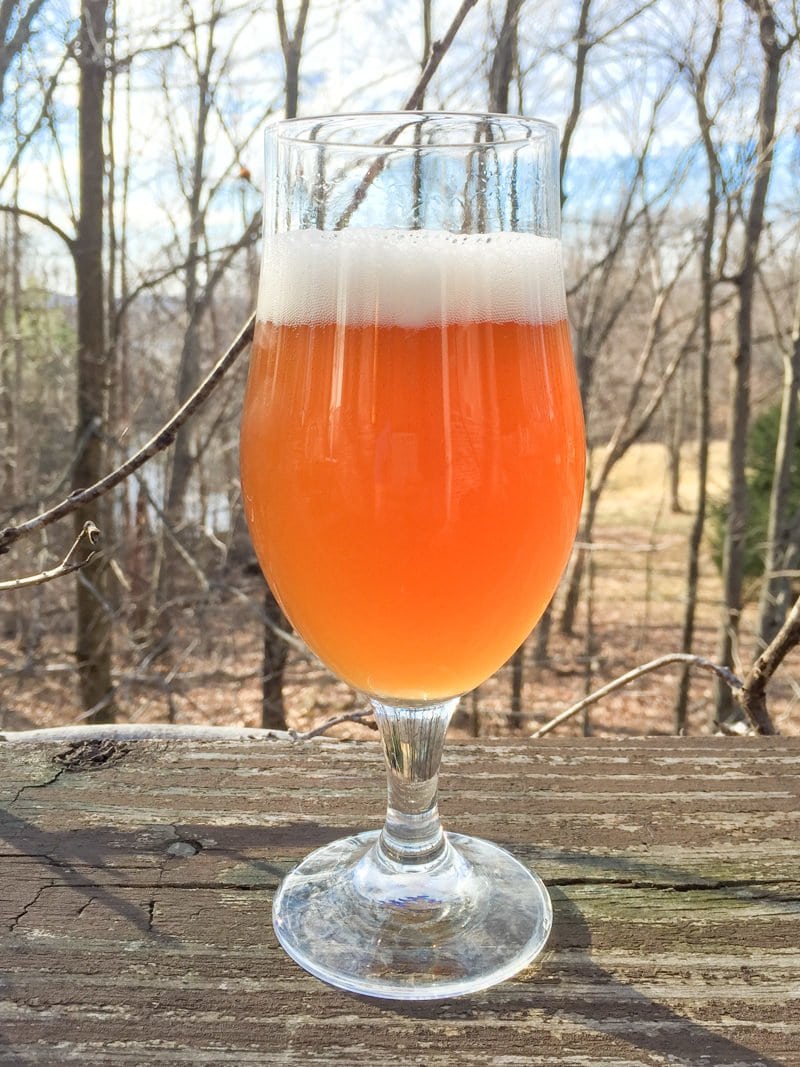 We also get to do wacky things like make an IPA that tastes like grapefruit (so good) and put persimmon pulp harvested from trees into a beer. It’s really fun being able to create beer, instead of just relying on what is on the store shelves. They started homebrewing with kits made to copycat popular beers, and now they’ve evolved into creating their own recipes! It’s so fun.

I might ask Craig to write more about homebrewing (if anyone is interested?), because the specifics of the process are a bit over my head right now—especially because they recently switched to all grain brewing, which requires more time and more equipment, but gives you a lot more freedom with the beers you can create. I’m sure he’d love to talk to you about beer for an hour or five. 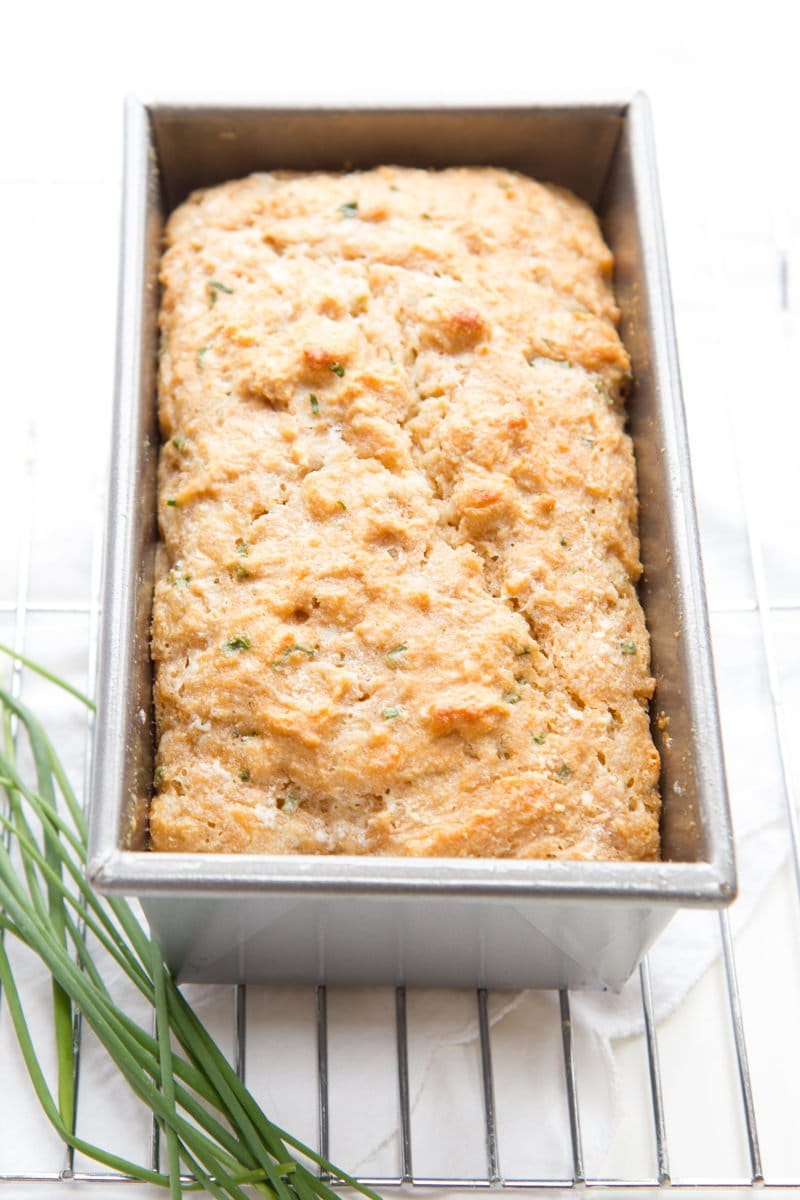 One thing I do know about: cooking with beer! Since I have a larger supply of beer, I’ve been cooking with it a lot more frequently, and man, I love the flavor it adds to savory dishes (and even some sweet ones, too, more on that at a later date). Baking with beer, and the spent grains leftover from brewing, has been super fun. We have an amazing book packed with lots of recipes designed to use up the leftover ingredients from brewing beer. We even made brownies using the spent grain leftover from brewing a coffee stout (UH, YUM).

And the beer itself is amazing in all kinds of dishes. I’ve been adding it to pizza crust, soups and stews, pasta dishes like this beer and butternut squash mac and cheese, and, of course, big, hearty loaves of cheesy quick bread! 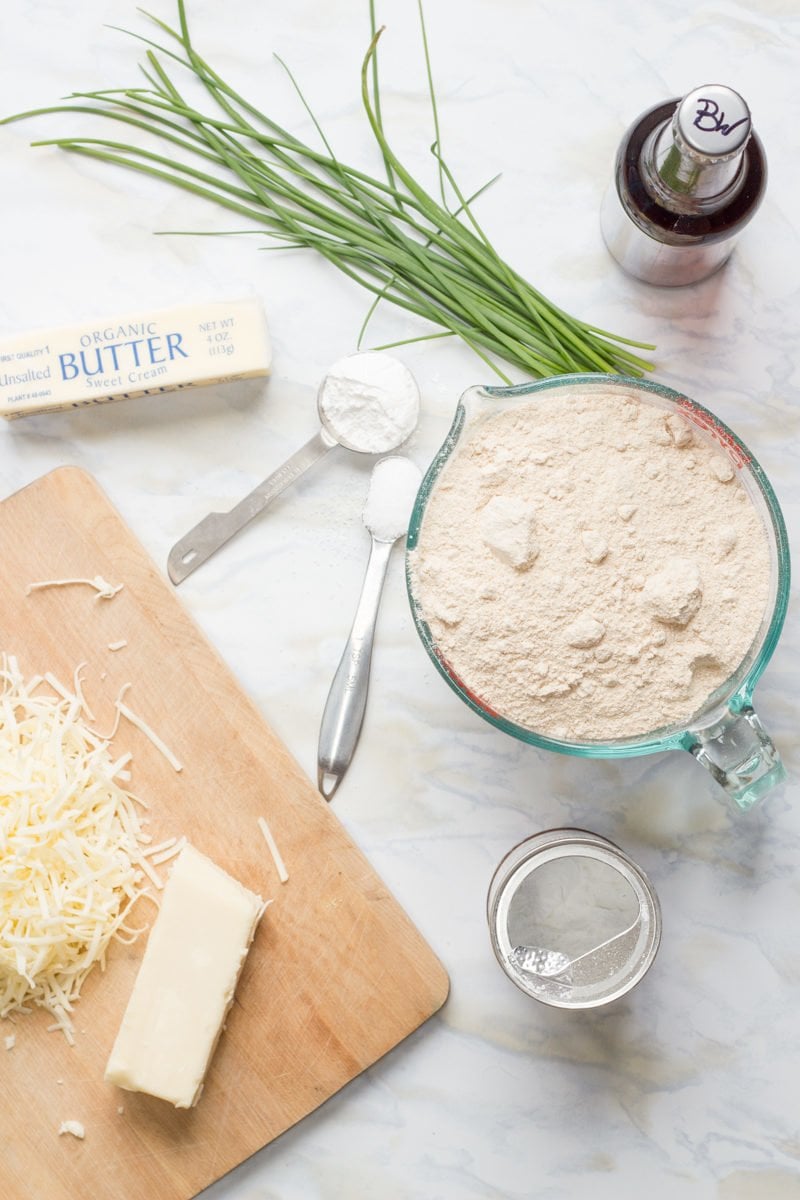 If you’ve never made beer bread before, you have to, because it is literally one of the easiest ways to make a quick bread. There is no yeast or rising time or any of that nonsense. You mix it up in a bowl, plop it in a pan, and then bake it. And out comes moist, tender, rich slices of cheesy beer bread.

I can plow though one of these loves in about 3.2 seconds. It is so delicious! Next time I make a loaf, I’m going to see if I can set some aside to make grilled cheese. Now doesn’t that sound amazing? 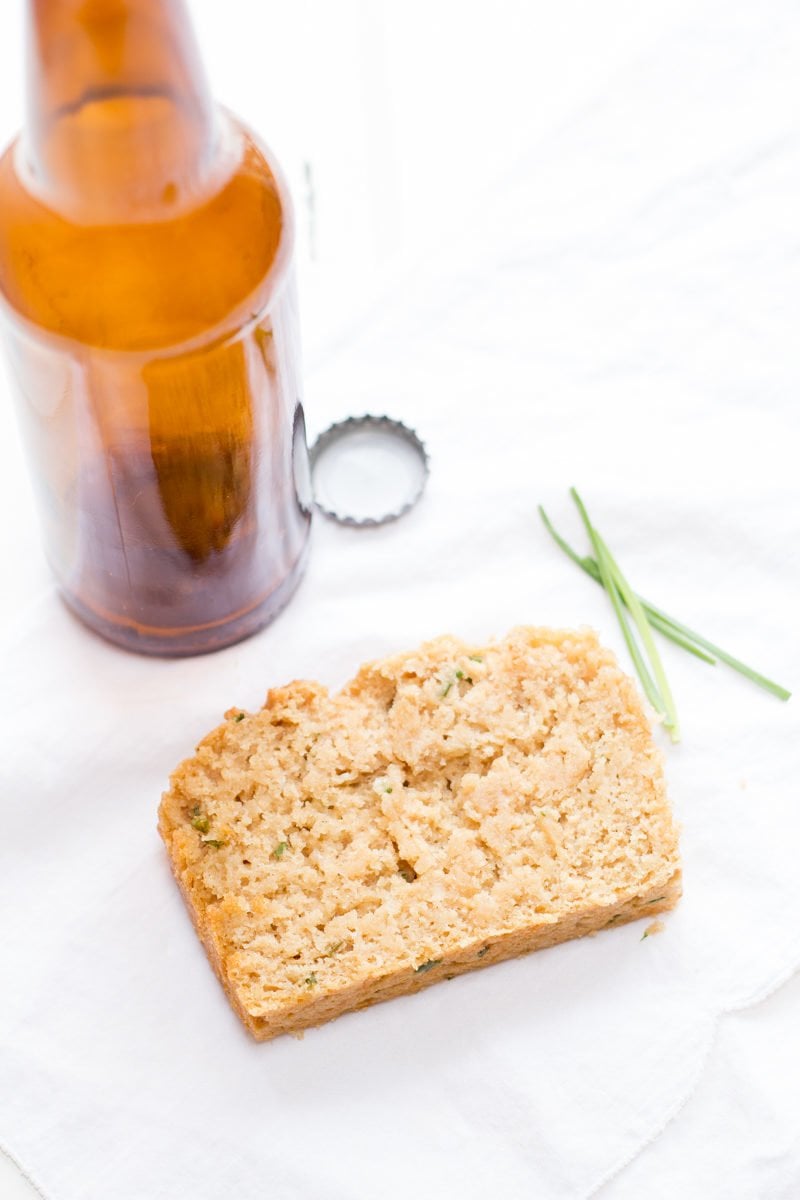 If you aren’t a fan of the flavor of beer, you can still make this bread, just opt for using a lighter flavored beer (like a pilsner). If you love beer, you can go wild and use whatever you like to drink! I’d probably skip the porters and stouts, but anything else is pretty much fair game. You definitely can taste the beer in this once it is baked, so a good rule of thumb is to use a beer you like to drink. We make it with our Belgian Wit, but I think it would also be delicious with a good IPA.