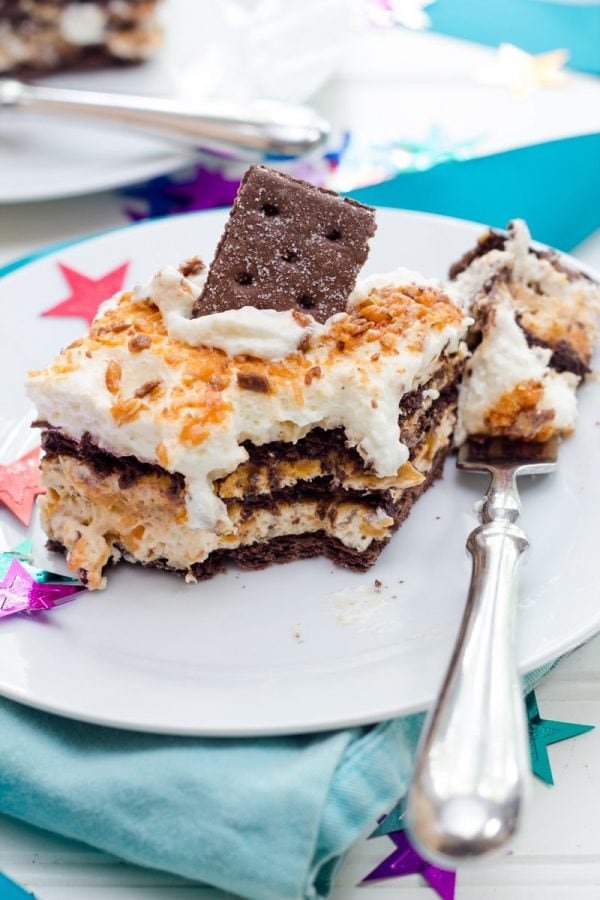 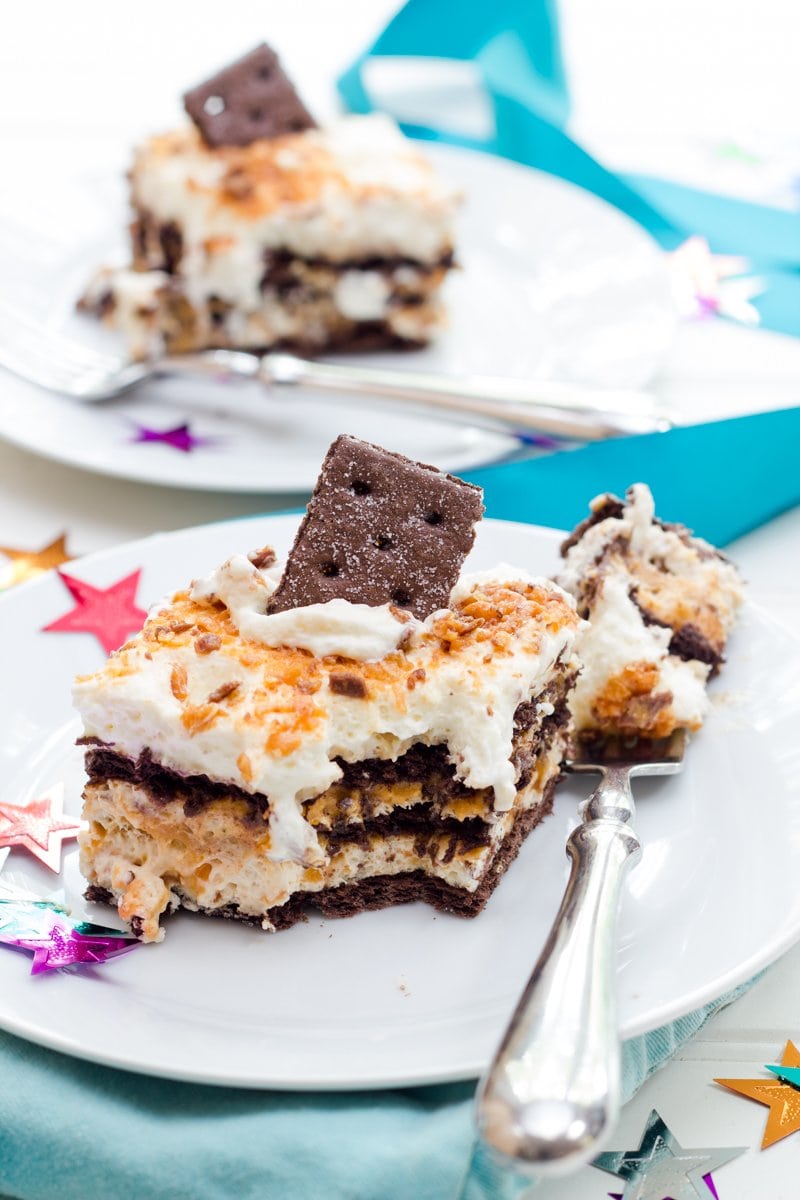 This No-Bake Butterfinger Ice Box Cake is quick, easy, and so tasty that everyone will think you spent hours slaving away in the kitchen.

My husband and I met young. We were in our early twenties when he stumbled onto my blog one late night in February and left me a comment. We spent the entire next day talking online. We met in person six weeks later. Were engaged six weeks after that. We moved in together a year to-the-day after he first found my blog. And we were married at city hall a month after that.

It never occurred to me that I’d get married so young—let alone to a man from another country who I randomly met online. But it was one of the easiest decisions of my life. Within about an hour of talking to him online, I knew I was done. We were so young and naive when we first got together, but as of last week, both of us are now well-seasoned thirty-somethings, and I feel so fortunate that we’ve been able to grow up together. Intellectually, I understand that things could have gone so badly (I’ve seen Catfish…), but I’m so thankful I had that wild abandon as a 23 year-old to marry a man I’d barely spent any time with in person. 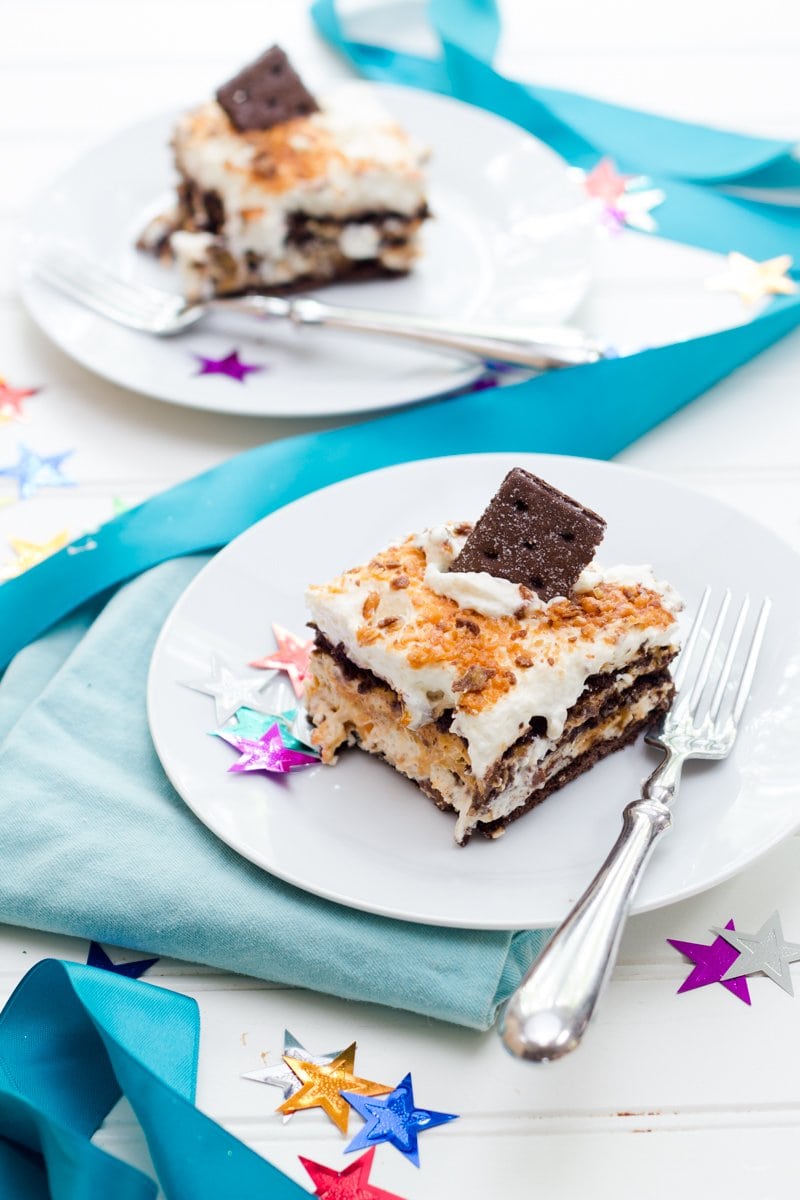 Craig turned 30 last week, and for some reason, it feels like a really important milestone in our relationship. We’re no longer impulsive kids. We (hopefully) still have a lot of life left to live, but we’ve lived enough—and a lot of it as a couple—to know what we want out of life and to try and tackle it together. Entering a new decade of life with my husband by my side is exciting. And, personally, I’m loving my thirties so far. I’m still young enough to have just enough immaturity to do some stupid stuff, but enough life experience to be confident in decisions. It’s a nice balance.

Watching my husband grow up has been an absolute joy. When I met him, he was…dare I say…a bit of a slacker. And now, he’s this hard-working, intelligent, thoughtful, caring man who willingly does my laundry and still tells me I’m beautiful even when I’m covered in spit-up and haven’t showered in three days. He’s also, quite possibly, the best father on the planet. Seeing the way he loves our daughter has brought me a whole new level of appreciation for him. I knew he was amazing before we had a child, but I now find myself in awe of him. Us girls are so fortunate to have him in our lives. 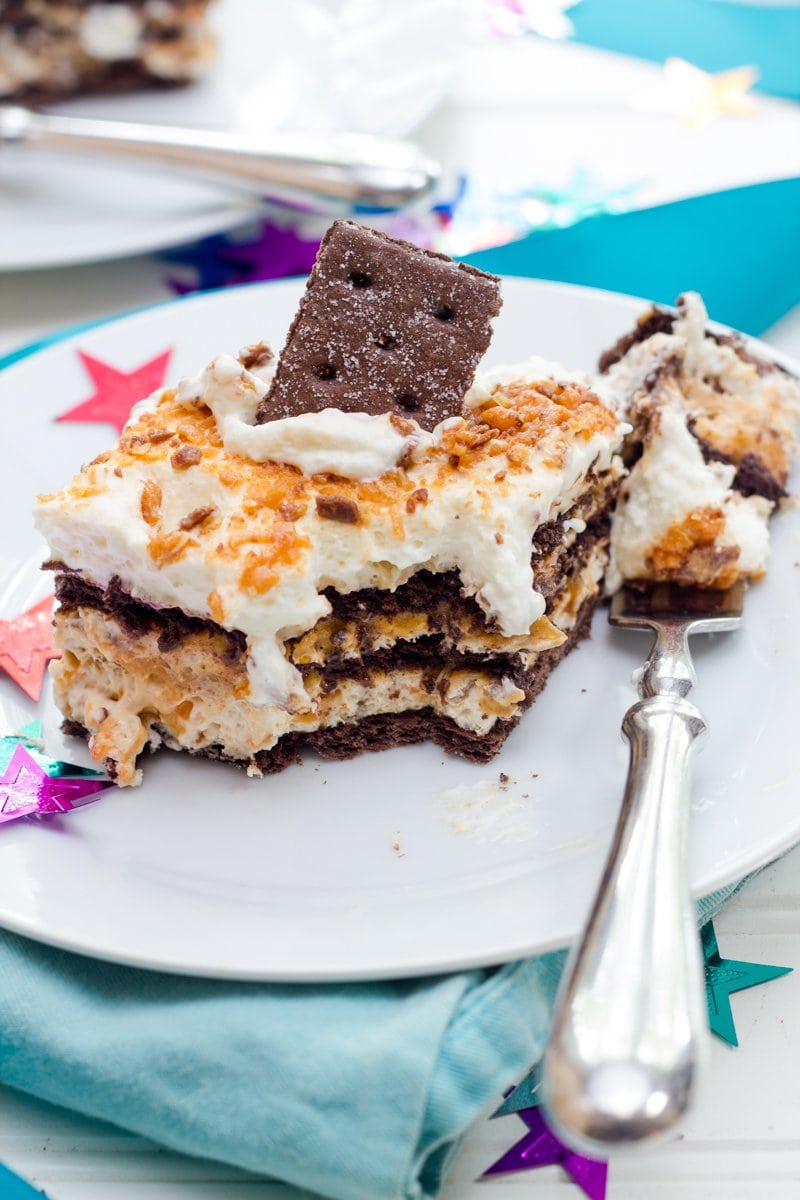 So what’s all this have to do with ice box cake? Well, every year, Craig and I both try to go crazy over-the-top for each other’s birthday cakes. We spend hours and hours on them. Two years ago, he made me an eight (!) layer cake, and each layer was a different dessert—brownies, cheesecake, cookies, you get the point. This year, he made me a giant Samoa cookie cake. In years past, I’ve made him giant peanut butter chocolate cakes that are decorated to the nines and lots of fancy cheesecakes.

It’s interesting how your life changes when you have a kid. As much as I’d love to devote two straight days to crafting a crazy intense cake for my husband’s birthday, it just wasn’t in the cards for our new lives as parents. So I instead thought about what he’d want me to do. He’d want me to make him something that was delicious, but easy and quick, so I could get back to spending some quality time with him and June Bug. So this year, I decided to skip the complicated cake, and instead go with a simple, layered ice box cake using his favorite candy bar—Butterfingers. 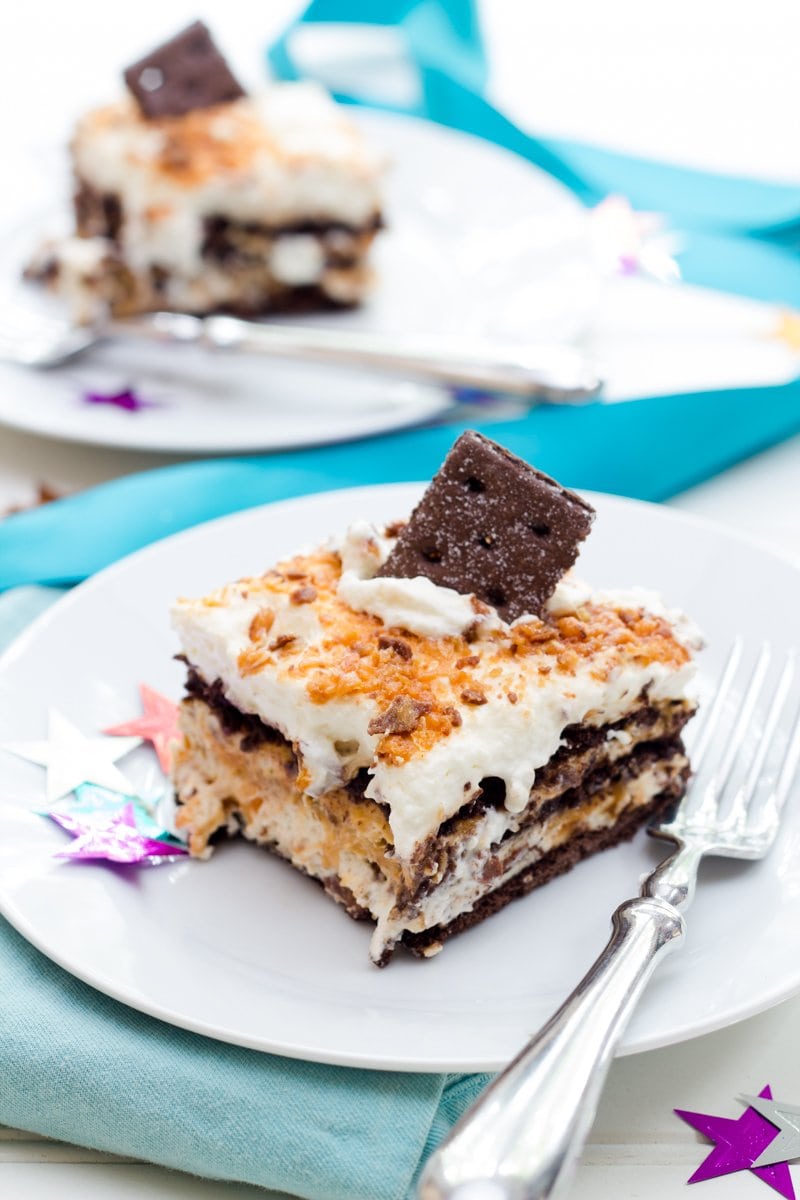 Ice box cakes are incredibly delicious and simple. The idea with an ice box cake is that you layer graham crackers with pudding or whipped cream and then pop it in the fridge (or ice box, if you will). After a few hours, the graham crackers soften up and make a delicious layered cake that is yummy enough to serve to company!

Ice box cakes are just so amazingly easy, which is something that this new mom really appreciates. No worrying that the frosting is just right. No needing to make sure the cake stand is clean. You layer them in an everyday casserole dish, and pop them in the fridge until it’s time to serve. Then you just cut and plate. Is it as Pinterest-worthy as a perfectly-frosted cake on a well-styled birthday shot? Nope. But it’s wonderful nonetheless.

And maybe one day, once June Bug is a little bit older, she can help me get back to the tradition of making crazy complicated cakes for her Daddy. But for now, we’re all okay with a little bit of simplicity.