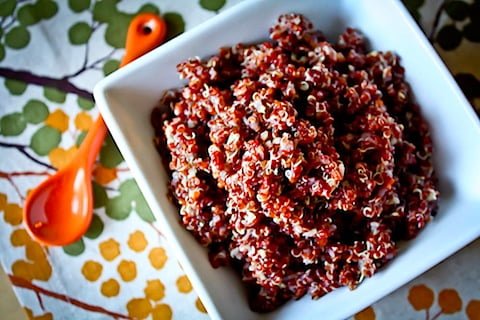 Whenever I had tummy issues as a kid, there was a natural progression of food. In the worst of it, I’d be lucky to get down saltines and water, but as soon as I started to turn the page and feel better, it was time for rice. Sometimes it was just rice and butter, but sometimes, my parents would make me a rice pudding with warm milk, cinnamon, sugar and vanilla. It was mild enough to not upset my stomach, but filling enough to give me the energy to get over the sickness.

My version is made with quinoa and honey, but still has the same purpose—a nice, slow introduction back into solid foods. 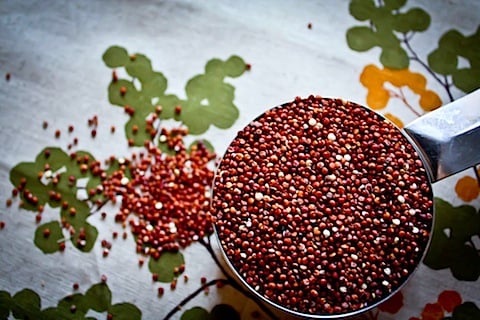 I had heard lots about quinoa but hadn’t tried it until recently when my sister sent some home for me to try. We made it as a simple side for dinner with broth and were super surprised by how flavorful it was. When we were at Trader Joe’s last weekend, we bought a box of red quinoa. 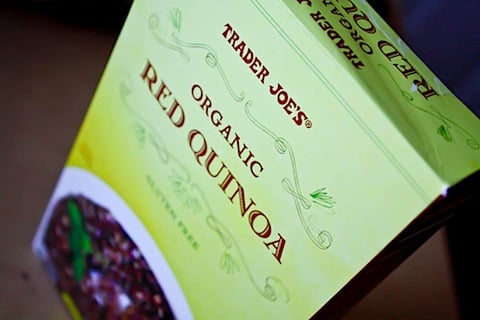 To make the breakfast quinoa, you make the grain as per the directions on the box (exactly like rice). And then mix in the other ingredients. This is a GREAT base for other toppings. Mixing in dried fruit, nuts and nut butters would be awesome. But obviously, today, I’m sticking with the simple bowl. 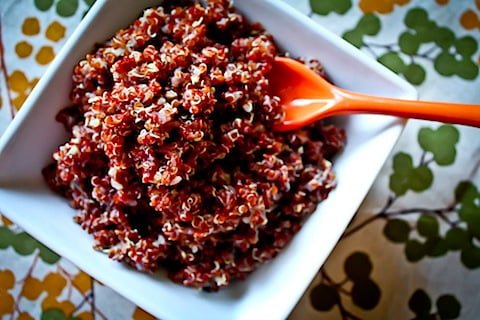 Rinse quinoa under cool water. Heat quinoa and water in a medium saucepan to a boil. Reduce heat, cover and simmer for 10-15 minutes until soft. Stir in remaining ingredients. 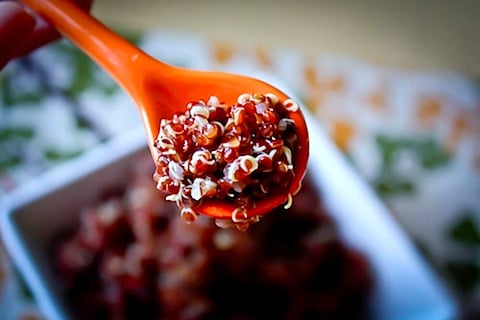 I got about halfway through this bowl and it seems to be settling well. Woohoo! It is the small victories in life. And yes, that is the often photographed and well-loved condiment spoons from Crate and Barrel. I bought three of them. 🙂