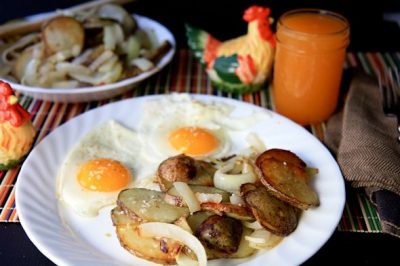 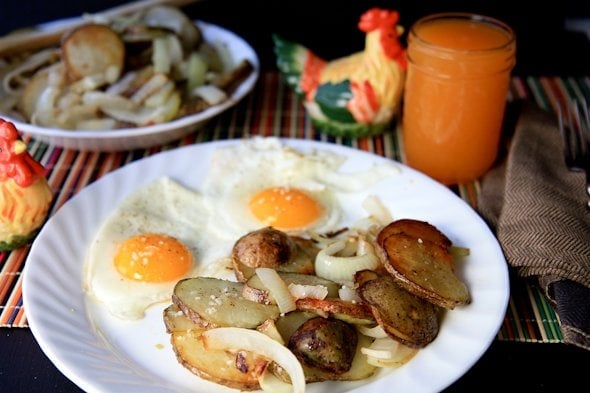 Puppyface and I have something in common. She’s a mutt, and so am I. 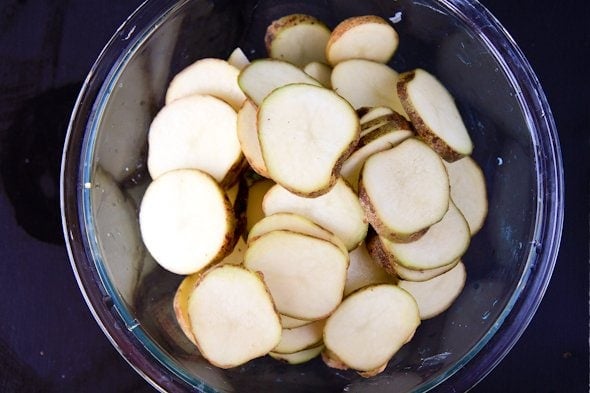 Even though I had them pretty frequently as a kid, I’d completely forgotten about these potatoes until we ate at a Southern Indiana staple—the Log Inn—this summer. The Log Inn is known for a lot of things. It’s the oldest restaurant in Indiana. Abraham Lincoln ate there. It was a stop on the Underground Railroad. But what it’s most known for nowadays? The ridiculously delicious food. Including their off-the-menu, special order German fries. You’d hope a restaurant located in a town called “Haubstadt” would be able to make some good German fries, and man, do they ever.

My version has a whole lot less butter and bacon grease, but tastes almost as good. In the motherland, these potatoes are served as a side dish to almost anything, but here in the Johnston household, we like to serve them in place of hashbrowns for Sunday breakfast. A few eggs, a pile of German fries and CBS Sunday Morning? That’s pretty much the happiest Sunday I can think of. 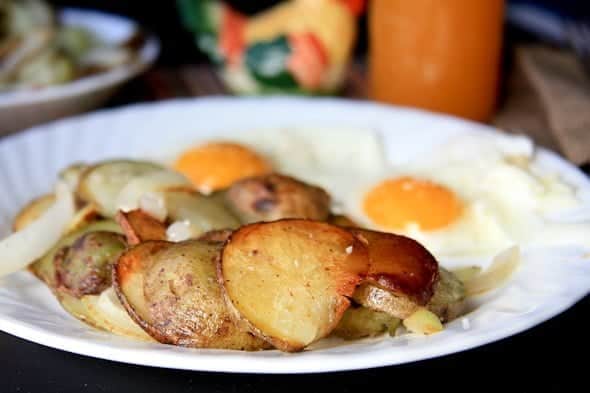 Do you eat any foods often from your cultural background?