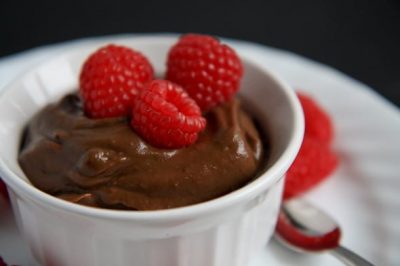 Recipe At-A-Glance
...
Vegan, DessertReady in 20 min
Rich, chocolatey and decadent, this avocado chocolate pudding may be high-calorie, but these calories are nutrient-dense and full of good-for-you fats.
Jump Directly to Recipe 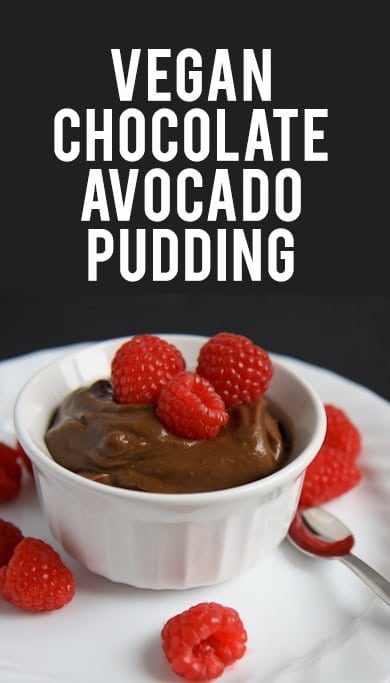 My friend and boss Heather is one of the more…uh…discerning people I know. She doesn’t often take things at face value or accept the word of just anyone. We make a good team because this is pretty much exactly opposite of my style. I tend to give people the benefit of the doubt, trust what I read and hear and be pretty naive and sheltered. She’s the realist to my optimist.

While Heather’s default reaction to new things is skepticism, she’s quick to admit when she’s come around to something new. She likes to think she’s all stubborn, but she’s actually quite the level-headed reasonable person (and yes, she’s my boss, woohoo!). It’s a really positive, humble quality she has (and I’m not just saying that because it’s her birthday). There is a laundry list of things that I mentioned to her and she initially dismissed, but now is a total convert. I’m used it by now, so it was absolutely no surprise when I told her the other day that I was making avocado chocolate pudding, her face contorted into a look of total disgust. Skeptical Heather was skeptical. 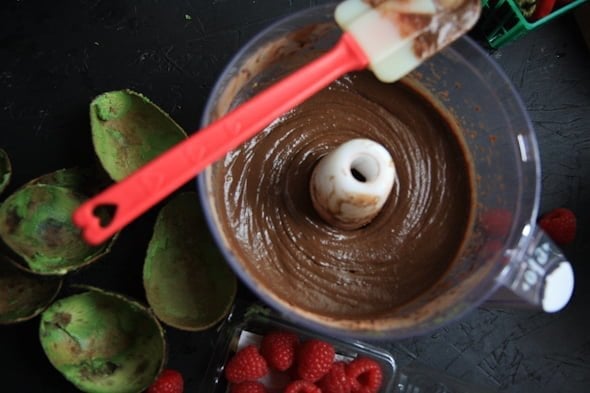 Maybe eventually I’ll convince her that it isn’t as “ewwww” as she thinks it is. But for now, I’ll let her birthday stay avocado pudding-free.

If you think about it, avocado is actually is a pretty mild flavor. It is easily overpowered with a strong flavor like chocolate. So what you are left with is a richly-chocolate, smooth and creamy pudding that is vegan, gluten-free, and free of overly-refined sugars. Babyface was even shocked by how “normal” this tasted. He said, “this tastes like regular pudding.” Yes, baby, it does. That’s kinda the point.

We topped ours with a few fresh raspberries. It was decadent and exactly what I needed to top of the craptacular day that was Monday. Plus, it is chock full of good for you fats. I <3 chocolate pudding. 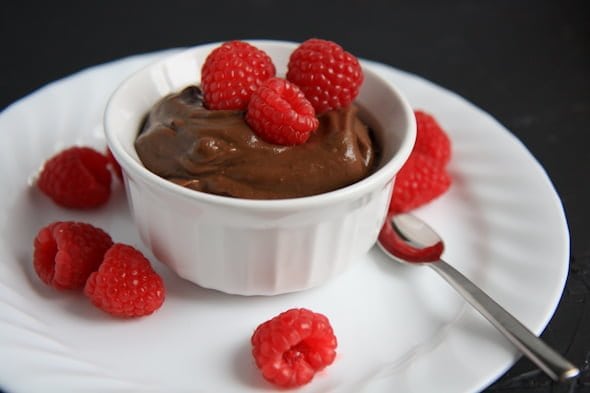 Are you a skeptical person?