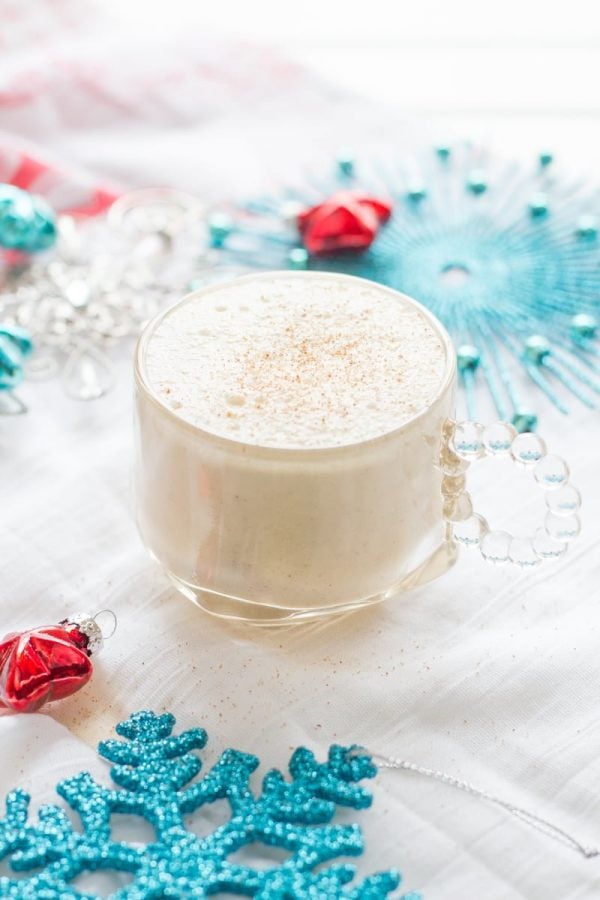 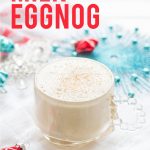 I think for a lot of families, ours included, holiday celebrations center around food. There is a whole push right now to not tie your emotions to food and to view food as only fuel, but I personally feel like that’s a load of baloney. I think ignoring the emotional component of food is just as unhealthy as downing three boxes of Twinkies after a bad day at work. Food is inherently emotional. And ignoring that is just setting yourself up for an unhealthy relationship with food.

That being said, I’m a bit bummed that I’m going to be missing some of my favorite foods this holiday season. And that’s a perfectly healthy emotion. I have a lot of things to be thankful for (oh gosh, so many things), but all those blessings don’t negate the fact that I’m bummed that I won’t be eating my Mama’s world-famous chocolate chip cookies this year. 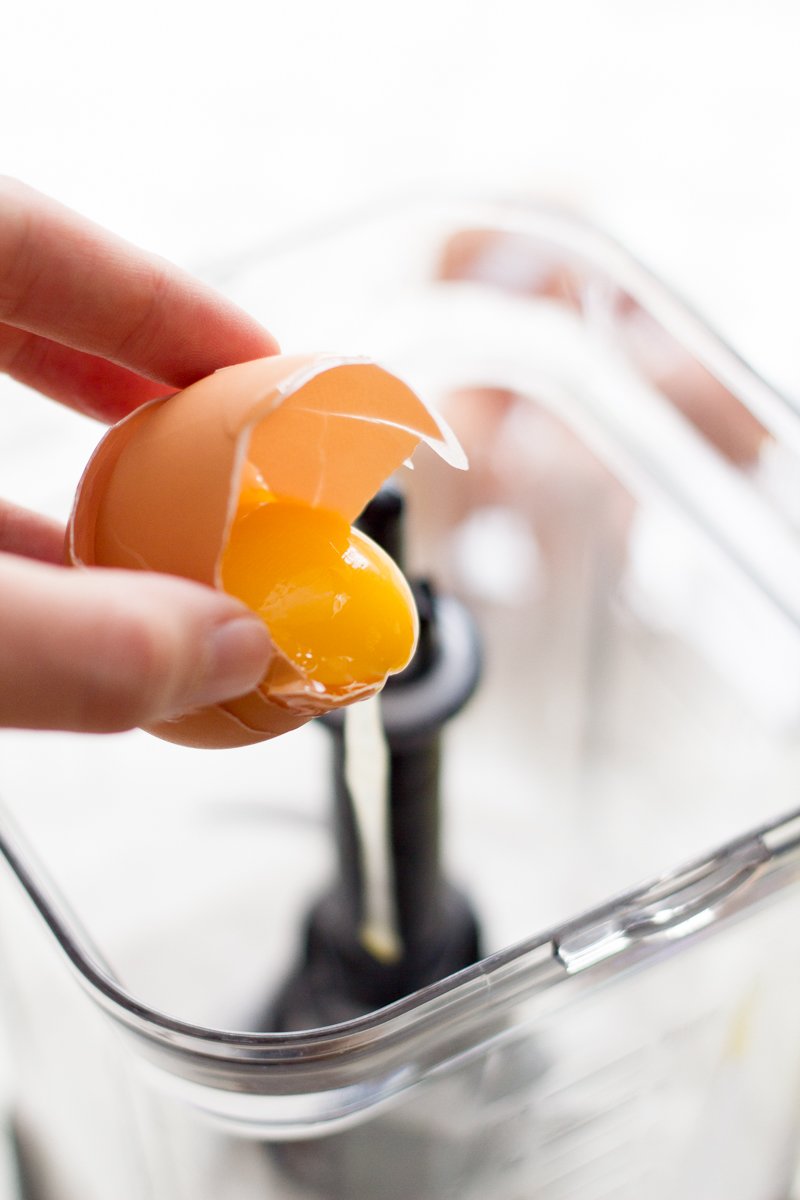 Thankfully, there are a few ways I can tweak and adjust some of my holiday favorites and still get to eat them. A great example of this is my dairy-free coconut milk eggnog! I know it’s early still, but I’ve already whipped up my first batch and, holy (no) cow, is it amazing!

There are two methods for making homemade coconut milk eggnog —the cooked way and the raw way. The raw way is super easy, quick, and traditional, but it also means you are straight up drinking raw egg yolks. It doesn’t bother me (and never has– I have a very clear memory of my Dad shaking up an entire gallon of raw eggnog in the kitchen at Christmas), especially because I know our eggs came from chickens living a clean and healthy life. But if it does irk you, there are lots of recipes out there for cooked eggnog—mostly they just involve slowly heating the mixture until it’s just warm enough to pasteurize the eggs, but not so much that you get scrambled eggs. 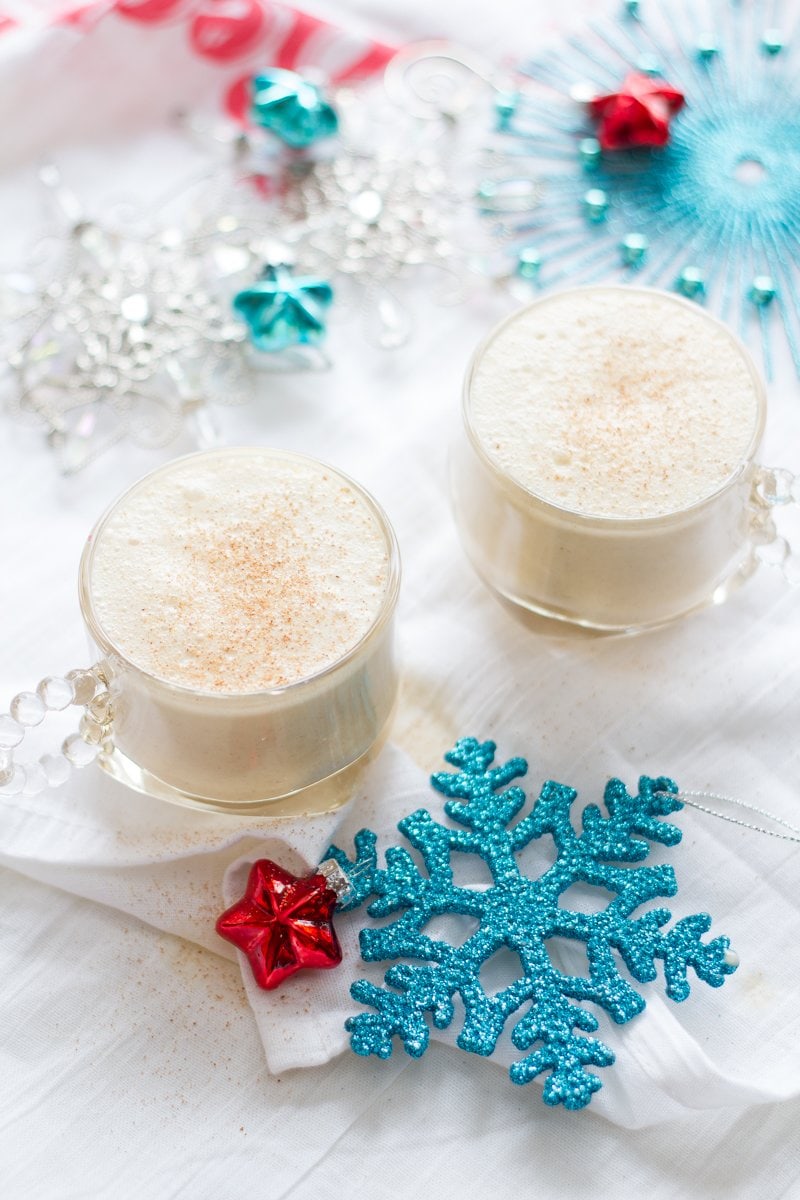 I have a half-gallon-sized Mason jar of this stuff just hanging out in my fridge for whenever I get a hankering for eggnog (or want to use eggnog in a holiday recipe, which happens all the time). I’ll probably still pick up some “regular” nog for my holiday guests, because while this stuff is incredibly delicious, it still tastes like coconut. That’s not a problem for a coconut-lover like me, but it’s not exactly traditional.