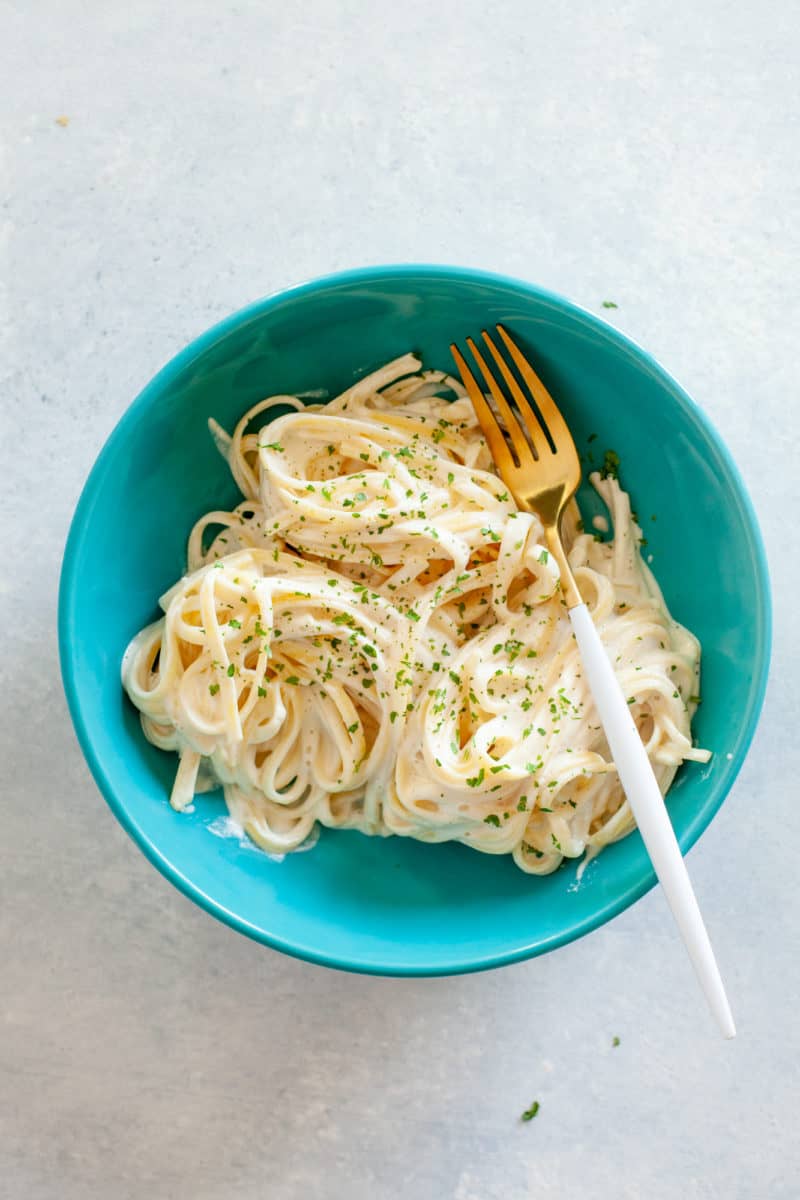 Recipe At-A-Glance
...
Vegan, Gluten-Free6 hours
You will be blown away by how much this vegan cashew alfredo sauce tastes like the real deal!
Jump Directly to Recipe 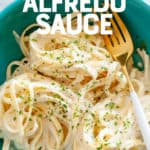 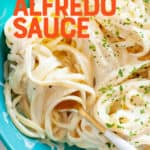 Is it possible to make a good, rich, and hearty alfredo sauce without heavy cream or cheese? It absolutely is, thanks to the joys of cashew cream! You will be blown away by how much this dairy-free alfredo sauce tastes like the “real thing.” Slather it onto piping hot fettuccine and enjoy a nice dose of vegan comfort food!

The magical ingredient in this vegan alfredo sauce: cashew cream

Making cashew cream is exactly what is as easy as it sounds. After soaking cashews in boiling water, you blend them into an incredibly smooth cream that can be the foundation to all kinds of dairy-free kitchen experimentation! Cashew cream has a texture similar to half and half or even heavy whipping cream depending on how much water you use. 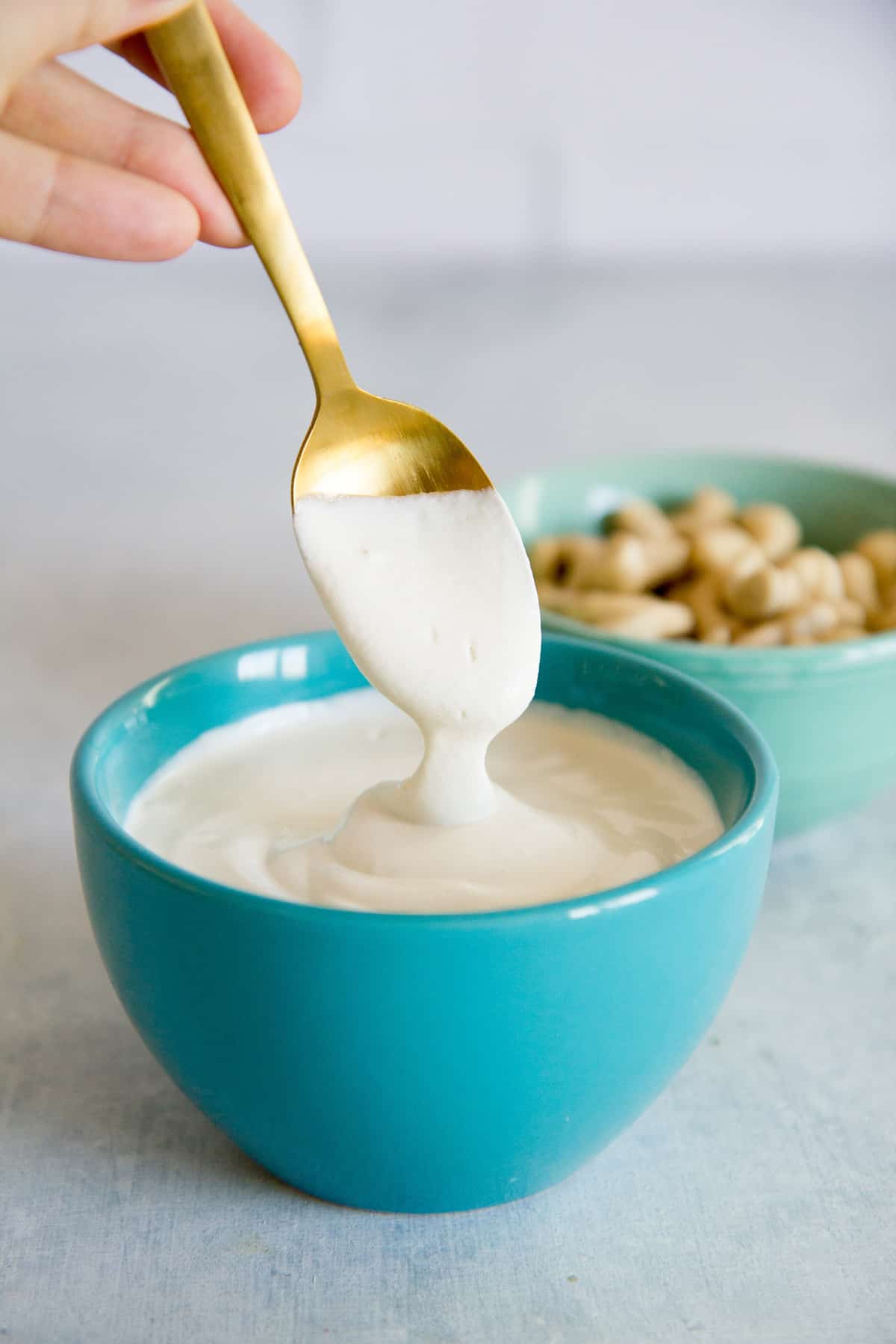 How to get cheesy flavor without the cheese: nutritional yeast!

This recipe uses nutritional yeast to get the cheesy flavor without a spot of cheese. If you’ve never used nutritional yeast before, it’s a vegan food that looks like fish food (#realtalk) and has a slightly cheesy, nutty flavor to it. Nutritional yeast is available at most major supermarkets and online.

A little nutritional yeast goes a long way. You’ll see a lot of recipes out there calling for large amounts of nutritional yeast, but if you are new to it, start in small doses to make sure you enjoy the flavor before diving in full-bore. This cashew alfredo sauce is a good place to start because the nutritional yeast is used as a secondary flavor, not the main one, so you can get by with just using a touch. 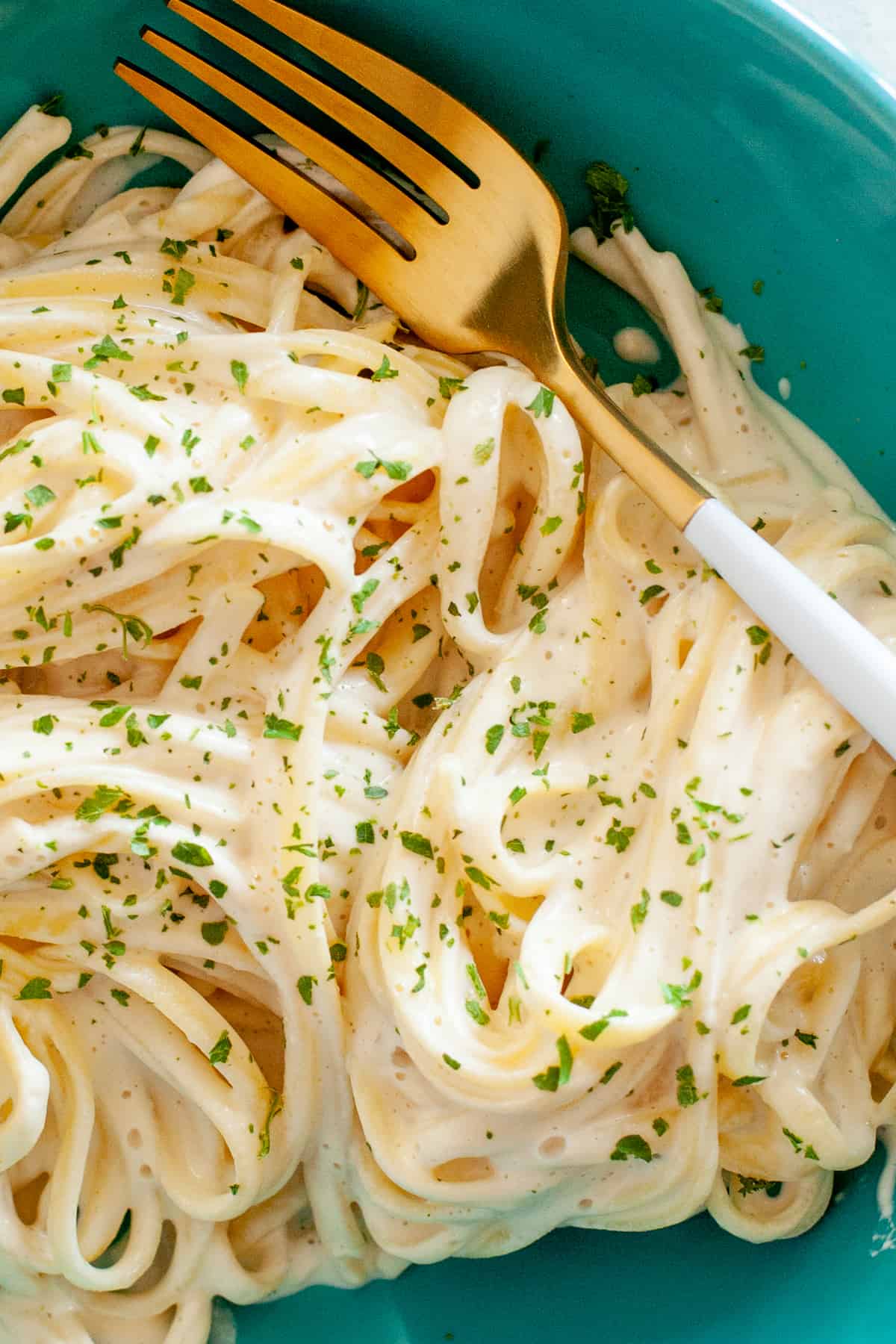 Is this dairy-free alfredo as good as the real thing?

I’m not going to lie to you, nothing is going to taste as rich and decadent as a sauce made with plenty of butter, cheese, and cream. As magical as cashew cream is, it isn’t quite that magical. If I could turn nuts and water into Parmesan, I’d be a rich woman!

But this vegan alfredo is still a very satisfying, very tasty alternative for those of you for whom dairy isn’t an option. It will absolutely squash a craving for fettuccine alfredo in a heartbeat—and it might even be good enough to serve to your favorite cheese-lover without them knowing the difference. 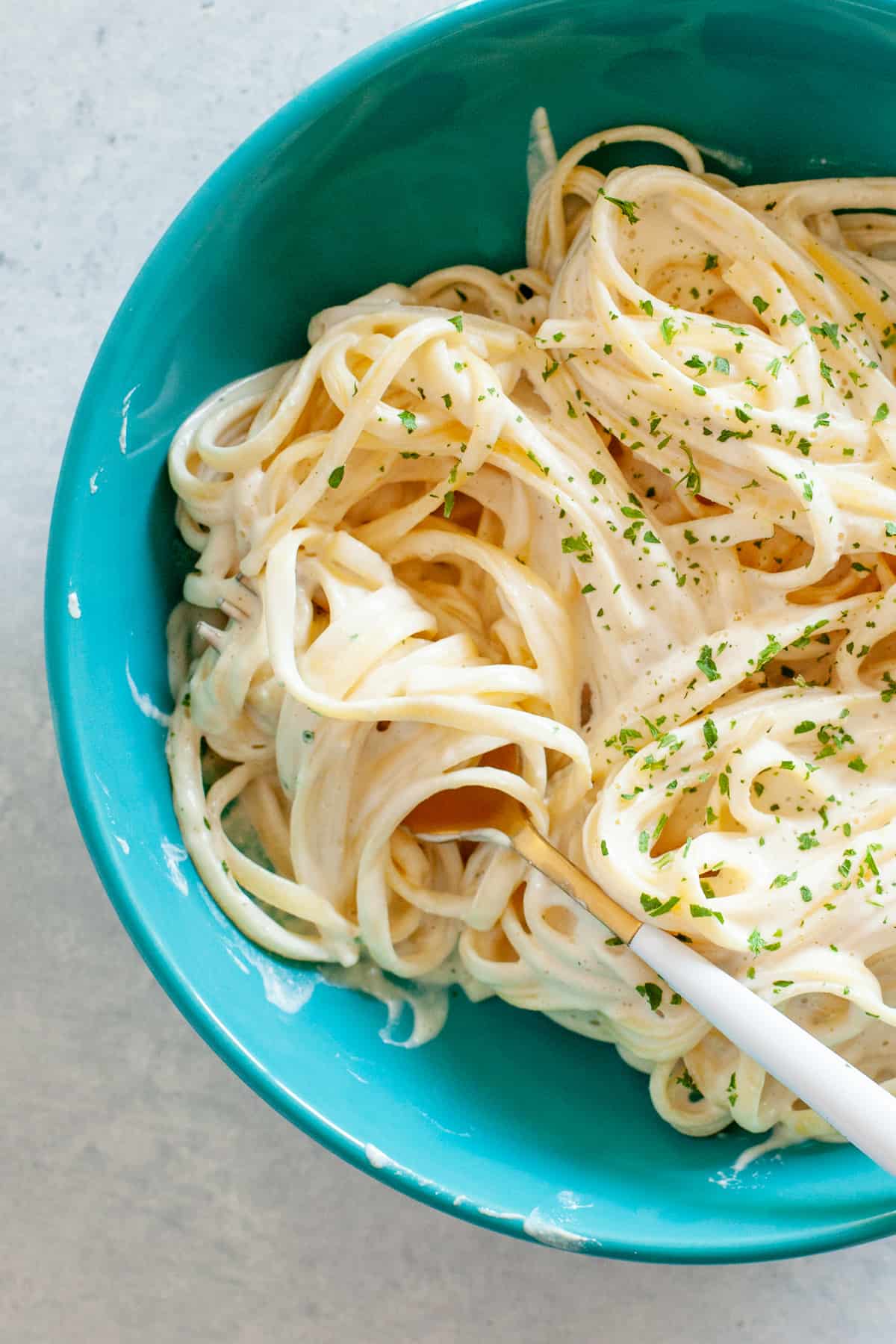 My pro tips for making the BEST vegan alfredo sauce:

Super quick method: Place cashews and three cups of water in a saucepan, bring to a boil and continue boiling for 10 minutes. Drain and rinse before proceeding.

Reserve some of the pasta cooking water to thin out the sauce if needed. This sauce does tend to thicken up as it cools.