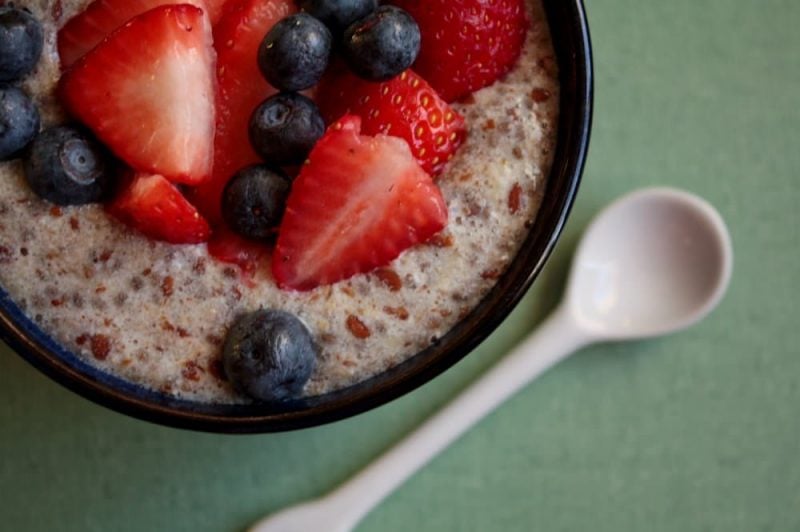 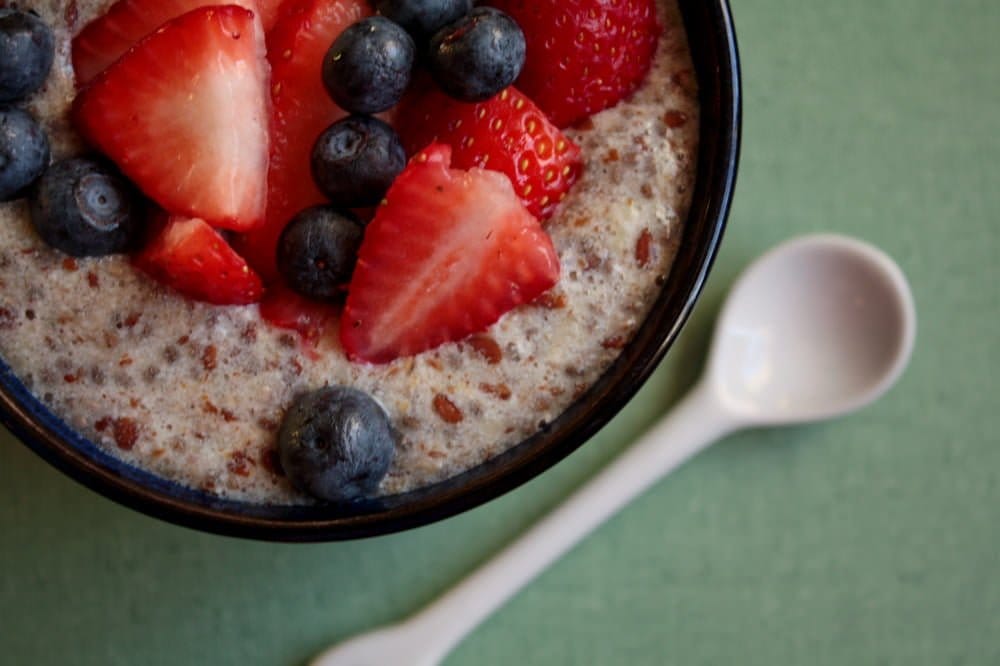 I went to my first concert in middle school. My eternally hip and cool older brother took me to the Louisville Riverfront to see Southern Culture on the Skids. 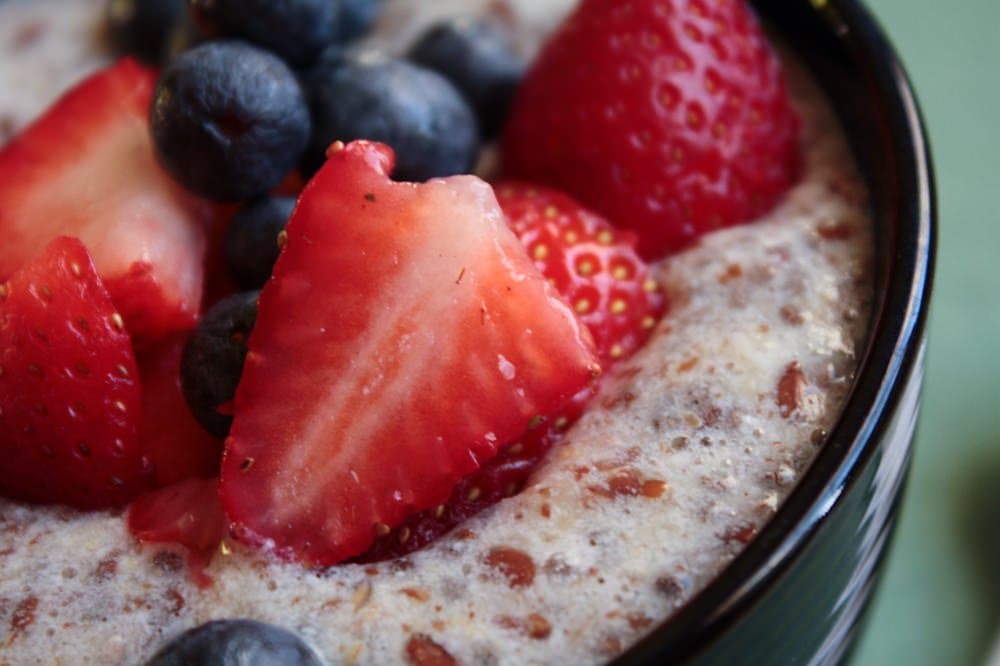 I think I was too young to really “get” most of the self-deprecating humor. But I had a blast. Especially when they threw fried chicken into the audience.

Yes, you read that right. 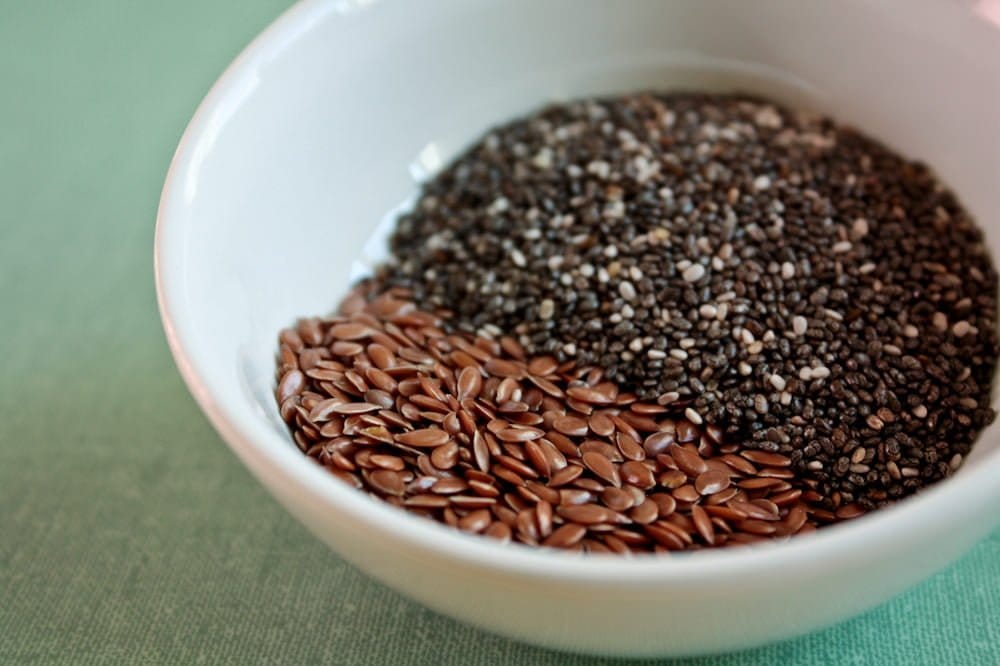 Possibly the most famous of SCOTS songs is one that refers to a particular Southern dessert delicacy that is pale yellow and has Nilla Wafers.

Now, don’t get me wrong, I love me some “day old banana puddddddin'” as much as the next girl, but for everyday consumption, regular banana pudding just wouldn’t do. I wanted a lightly sweet dessert that would satisfy my sweet tooth without putting me into a high-fructose corn syrup coma. 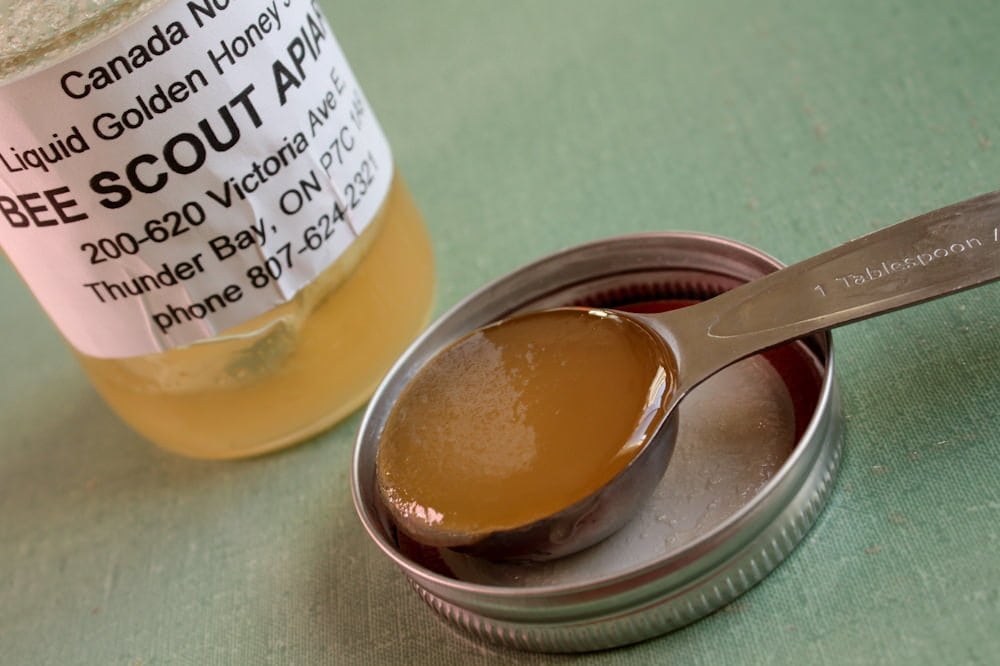 This pudding even earns bonus points for packing a seriously powerful nutritional punch. Between the flax and chia seeds, there are enough Omega 3s to put a fish to shame.

Have you ever seen a shamed fish? It’s quite a sight. 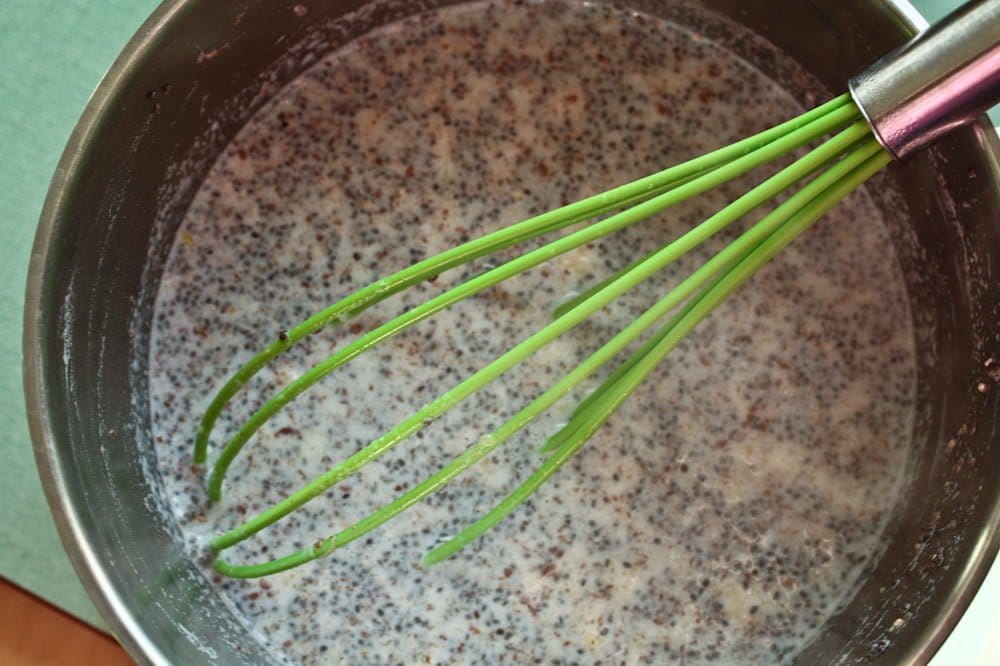 The pudding is sweetened with a mashed banana and only one lonely tablespoon of honey per four servings. That’s just enough sugar to be satisfying without sending your kids into a sugar-fueled wall-coloring spree. I topped my pudding with fresh strawberries and blueberries. But I’m sure Nilla wafers would be good, too. 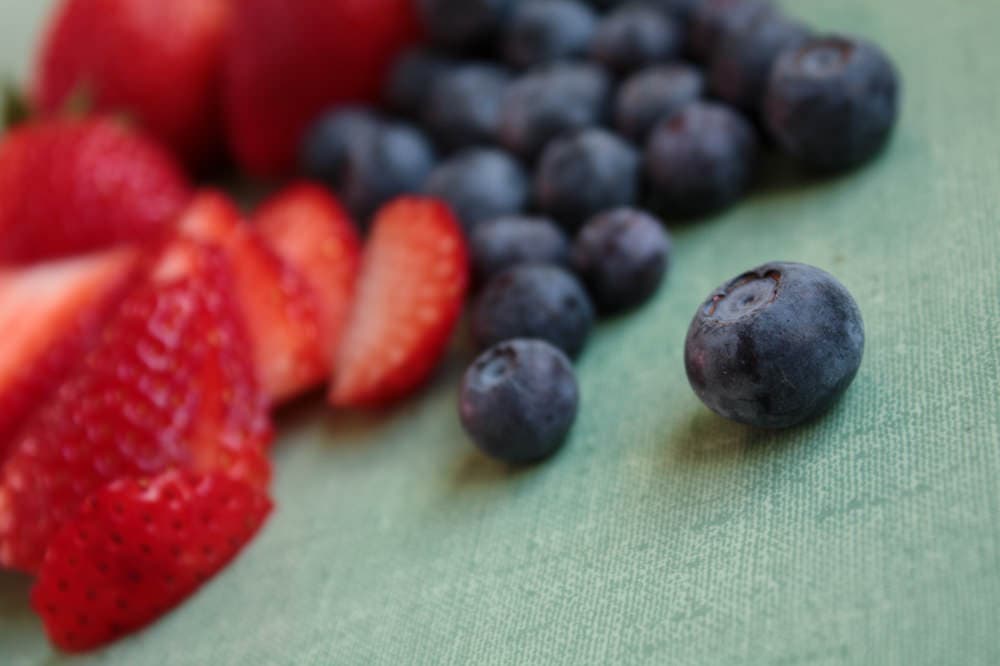 I think this pudding would be equally awesome for a summer breakfast. Maybe even as a part of an overnight oats parfait! 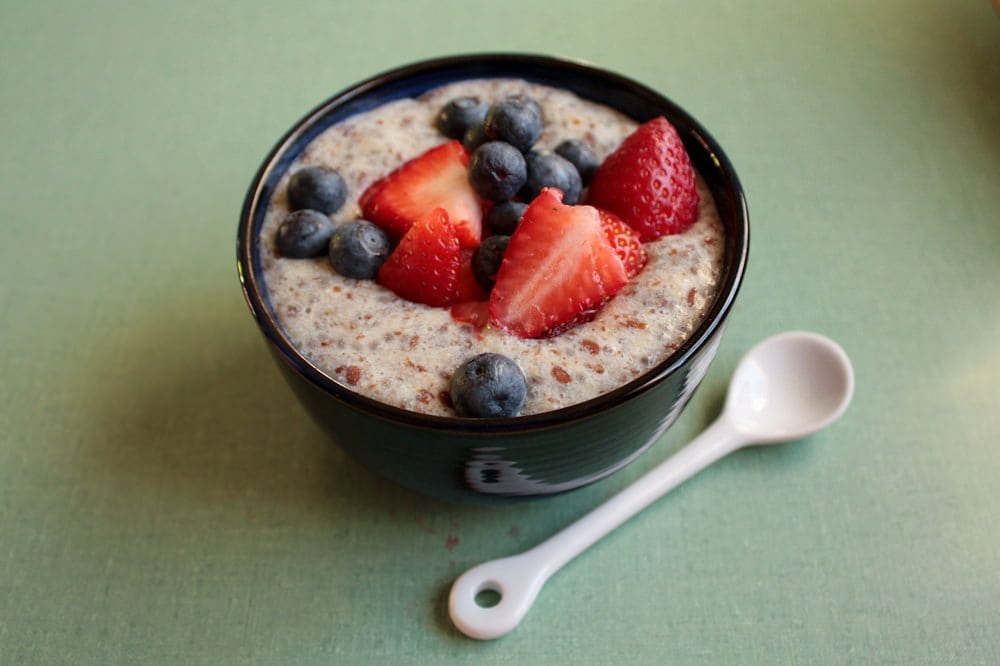 Bring milk to a boil in a medium saucepan over medium heat. Reduce to a simmer, whisk in next five ingredients. Return to a boil and cook for one minute. Remove from heat, pour into serving dishes and chill for 1-2 hours, or until completely cool. Top with berries. 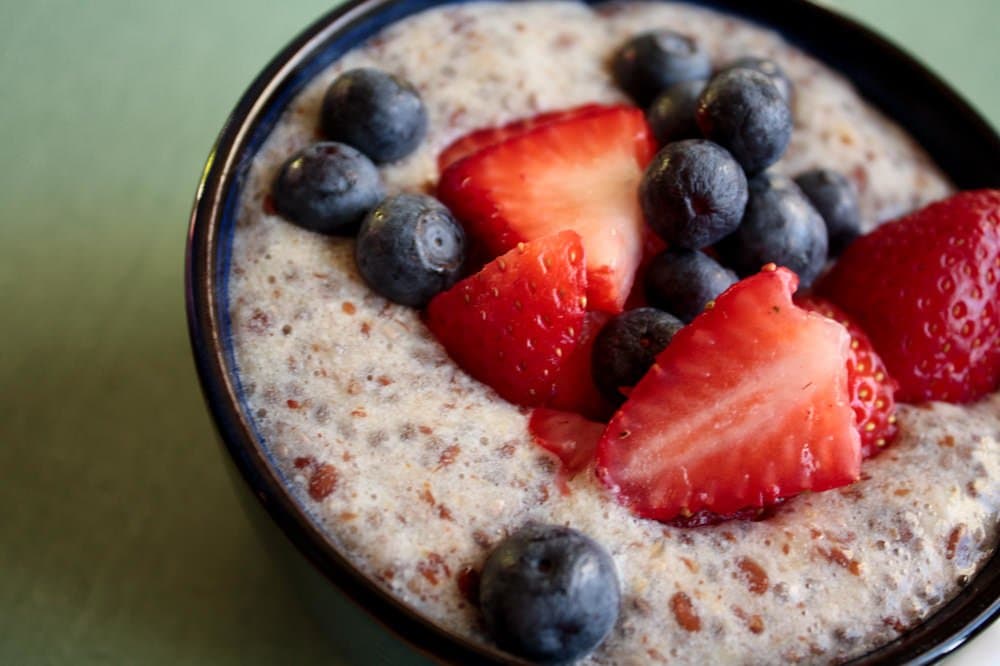 Expect to see a chocolate version of this sometime soon. Now, I’m going to go try to get that song out of my head . . .