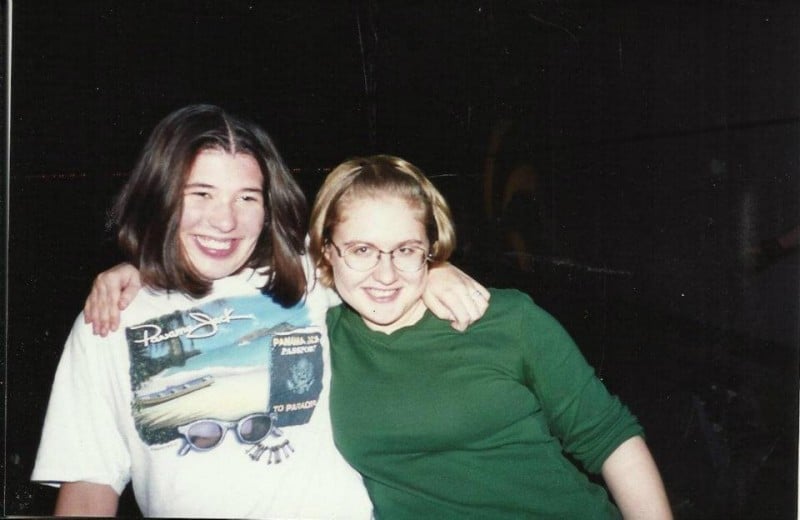 A few days ago, a mom of one of my high school friends posted some old photos of our group of friends on her Facebook. When I saw them, my thought process went a little something like this:

In high school, I felt like I was the heaviest girl around. I was confident enough. I had friends. I was moderately popular. But I always felt like the reason why I wasn’t the teacher’s favorite/didn’t have a boyfriend/didn’t get {insert something}/wasn’t {insert something} was because I was grotesquely, unloveably overweight.

Perspective is a funny thing.

Now, I am happy, healthy, successful and in love with a very attractive man and I’m about the same size I was in high school. And I feel normal, small even.

Even though I seem to remember myself being as confident as any teenage girl can be, obviously something was going on to make me feel so out-of-place, awkward and abnormal. Why, to this day, when I picture myself in high school do I simply see a morbidly obese younger version of me?  I’ve seen a million photos of myself from high school and in every single one of them I am this size. So why is it always a surprise to me see myself looking so…normal…from this time frame? 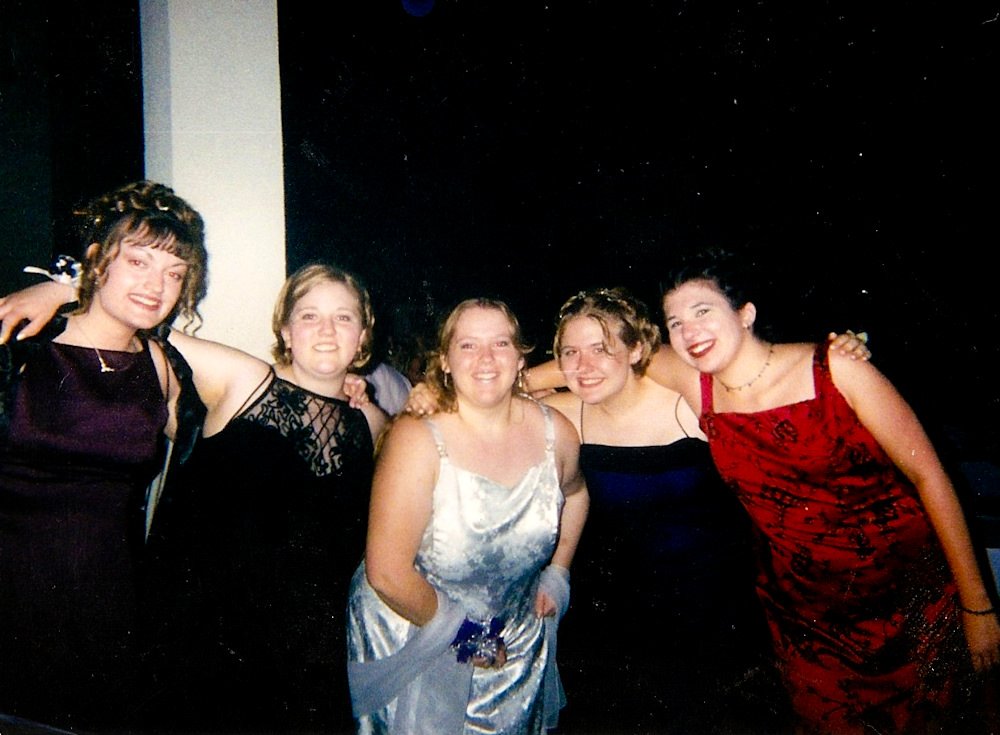 I was tall, muscular and chubby. But not enough of any of those to fuel a decade long complex. Sure, I can blame it on the boy I was dating my junior year who told me he wished he could put my face and my personality onto another girl’s skinner body (true story). Or the kids on the school bus in elementary school who said it was a good thing my feet were so big so my giant stomach wouldn’t make me tip over (also, true story). Or the fact that I had to buy my prom dress from the limited plus size section while my friends got to try on dresses for hours (again, truth). But the fact is, that inability to see who I truly was came from inside of me. And those outside influences only reinforced it. I must have truly believed I was incredibly overweight. And that is so sad. 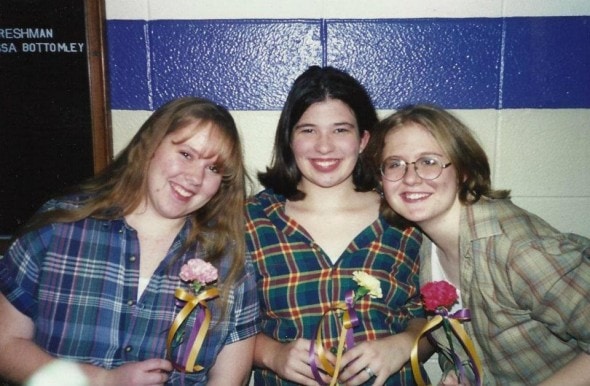 (Holy, plaid, Batman. And collar bones. What are those?)

I often blamed my weight as the reason why I didn’t have very many boyfriends in high school (looking back, I dated plenty for a high school girl). I always said that boys would like me more if I lost some weight, but I knew in my brain it didn’t add up. There were girls my size or larger who were dating some of the most popular guys in school. But still, something inside of me made me think, “it’s the weight.” Of course I thought that. How could I not when I saw my body so negatively?

It was also just flat out easier to blame something like weight. Weight was the easy culprit. Weight I could lose. I couldn’t change my loud, obnoxious personality or the fact that I was incredibly awkward and shy around boys. Instead of admitting those were the case, I dug myself even further into my dysmorphia and used it as a crutch for explaining my singledom. 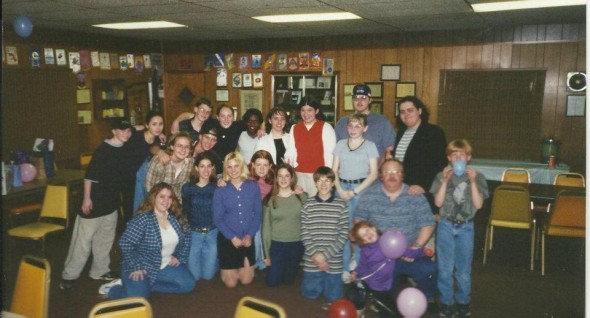 (How is it possible that fashion from only a decade ago can look so terrible?)

I was so deep in this web of lies I’d told myself about being overweight that I went to college and fulfilled my self-penned destiny. I gained the weight that I thought I already had on me. I managed to gain almost 50 pounds in college before I ever even realized I had put on an ounce. I saw my body as huge from such a young age, so it was no surprise that when I actually got larger, I didn’t even notice the change. What I saw in the mirror didn’t change. It just meant that everyone was now seeing what I had been seeing for years.

You all know where this goes from here. I kept gaining and gaining. And then I lost most of it. And with that loss I’ve come to realize how amazing my high school-sized body was. 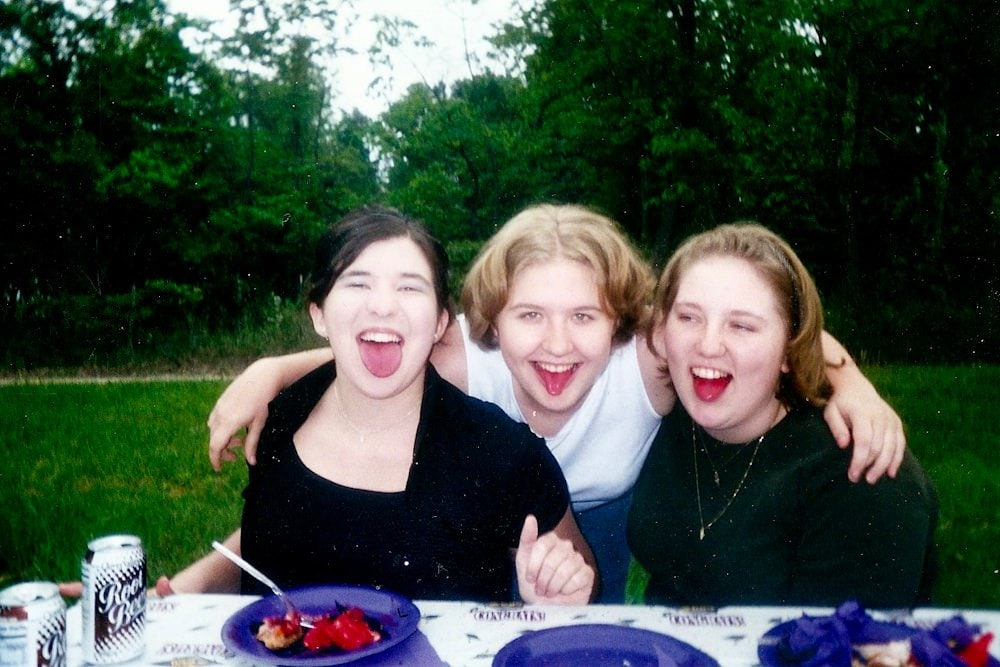 Perspective is a funny thing.

Then, to me, a size sixteen sounded like torture. Huge. Disgusting. Odd. Strange. Awkward. Undesirable. If you would have told me I’d be living my adult life at a size sixteen (and at sometimes, even larger) it would have sent me into a fit of teenage angst the likes of which had never been seen.  Now, a size sixteen feels strong, powerful, fit and healthy. I love being a size sixteen. 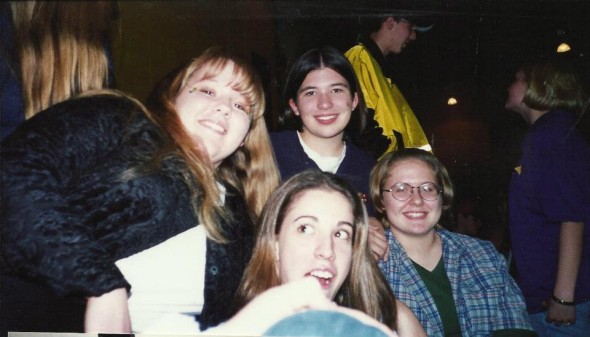 Because, over a decade later, and she’s just now starting to heal the wounds that it left.

What would you say to the sixteen-year-old you?