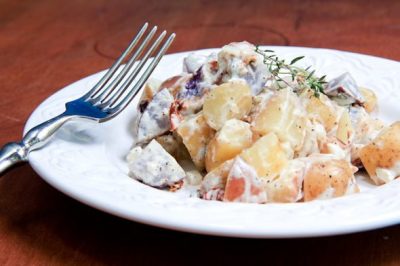 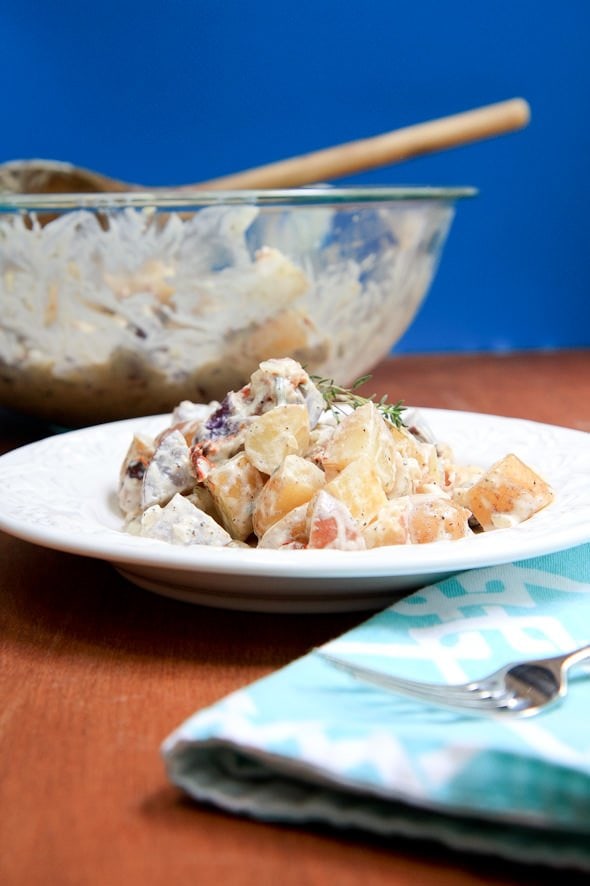 Summer is starting to wrap up and with it, our garden harvest is starting to slow down, too. We’re still pulling a ton of tomatoes off our cherry plants and the peppers keep on keepin’ on, but we’re definitely starting to see the last of it. We have big plans for a spring, summer and fall garden next year (complete with lots of plans to can and preserve), but for this year, we’re letting the garden fade into the fall sunset.

As part of our garden wrap-up, last weekend, we dug up all the remaining potatoes. Potato digging is a seriously good workout, kids. Coming soon to a gym near you—the potato workout. 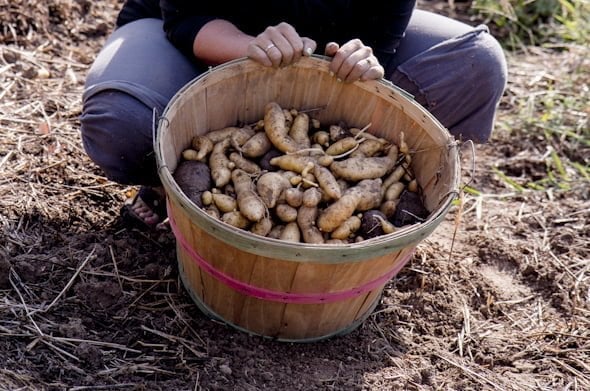 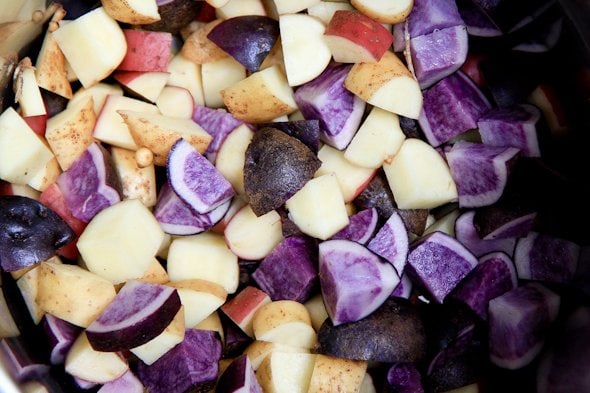 With the surplus of cherry tomatoes and potatoes we now have, I thought it might be fun to combine them. We weren’t getting through the cherry tomatoes near quickly enough just by eating them straight, so I took my oven to them and “sundried” them. Of course, if you live in a warm and sunny climate, you could literally dry them in the sun, but considering it’s been drizzling and cloudy for the past week here, the oven was my best choice. Sun-drying tomatoes is actually crazy simple. Put your oven on the lowest temp (mine is 170°), slice tomatoes in half, put them on a baking rack in a baking sheet. Sprinkle with salt and then bake in the oven for 8-10 hours or until the tomatoes are dry, rubbery, but not crispy. 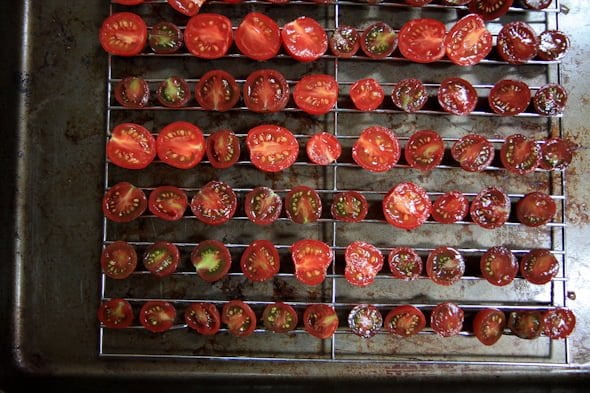 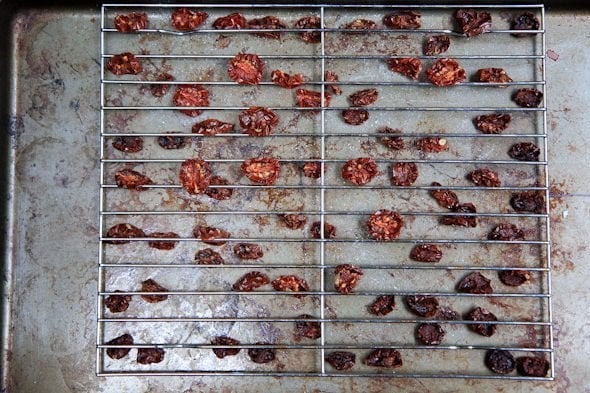 It occurred to me as I was making this dish on Labor Day afternoon that if I was a good little blogger, I probably would have made this ahead of time and posted the recipe so you guys could make it for your own Labor Day celebrations. I mean, who posts a potato salad recipe after the unofficial end of summer? Well, apparently I do. I briefly thought about holding onto this one in my back pocket until next Memorial Day, but then I thought that was crazypants, because this salad is delicious. Too delicious to hold in the hopper for months and months. 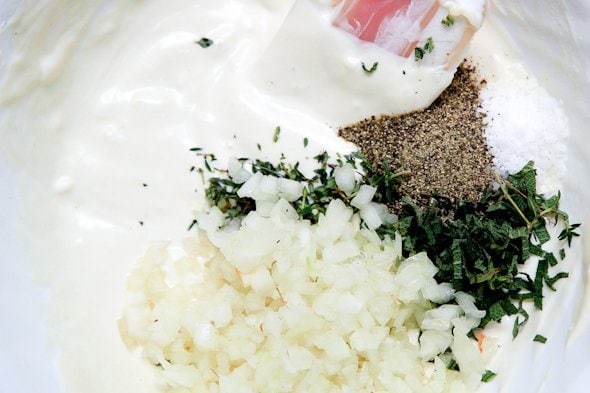 Interestingly enough, the flavors in this salad are different from your standard mayo-based picnic version—almost fall-like. Thyme and sage add a nice earthy, warm note to the salty bacon and the sweet sundried tomatoes. I used a mixture of purple potatoes, red new potatoes and fingerlings because, well, that’s what we dug out of the ground! But use whatever you have on hand. This would be fantastic with Yukon Golds (so creamy and buttery) or even just run-of-the-mill baking potatoes. 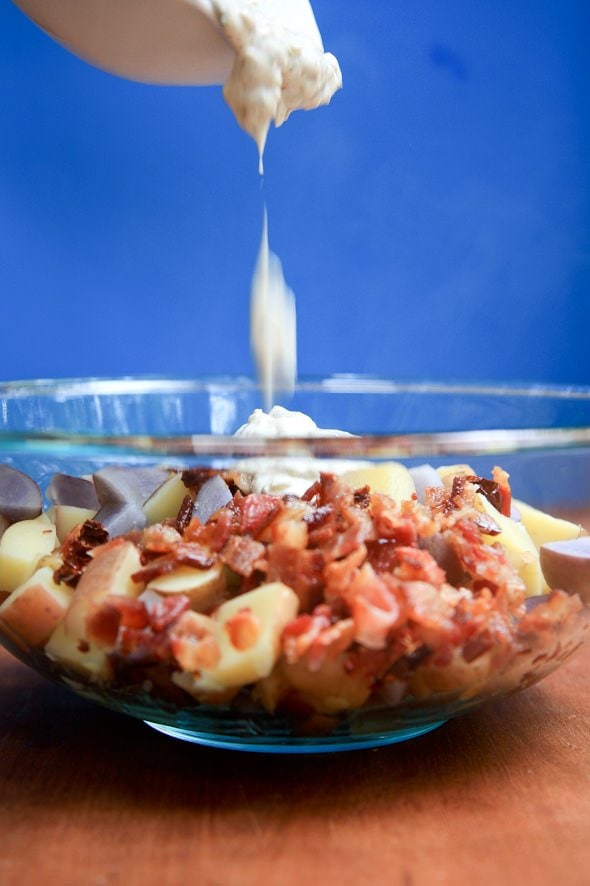 The test of all my recipes is Babyface’s reaction. And after a bowlful of this, he turned to me and said, “You did a good jorb.” Homestar Runner quotes=high praise.