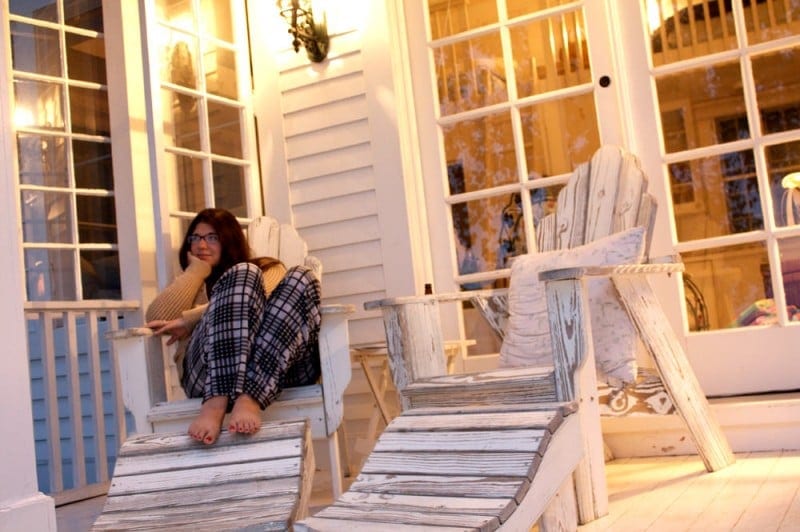 I’m about a day behind with posting because a storm rolled through last night and killed our 3G network. The sun is shining and we’re back up and running, but you’ll be seeing posts on a bit of time delay. I’ll try to get all caught up today. Starting off with a post I wrote when we got in last night.

This morning, I woke up at 5am in my little apartment in the middle of Indiana.

And now, I’m on the porch of a beach house in Michigan in my cozy pajamas watching a thunderstorm roll in from Lake Michigan.

But let’s rewind back to that alarm at 5am. Sprung out of bed excited and did a few last-minute preparations. And then cleared out the rest of the perishables with a yogurt parfait for breakfast. 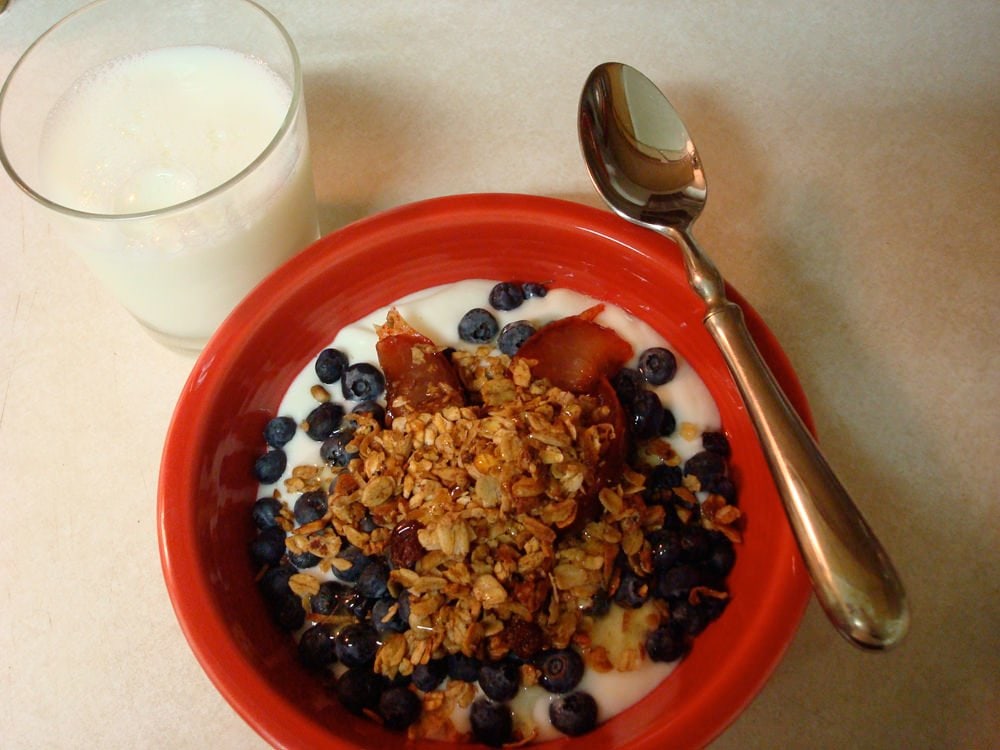 Sorry for the terrible picture. Point-and-shoot and no natural light at 5:30am. Plain yogurt, blueberries, pluot and granola. Plus some milk to share.

We were on the road promptly at 6am with the Husband at the helm and me in the passenger seat blogging. Having a phone that works as a mobile hot spot sure is nice for a blogger on the move (except when you don’t have 3G coverage).

As soon as the sun rose, I put away the laptop and pulled out the camera. 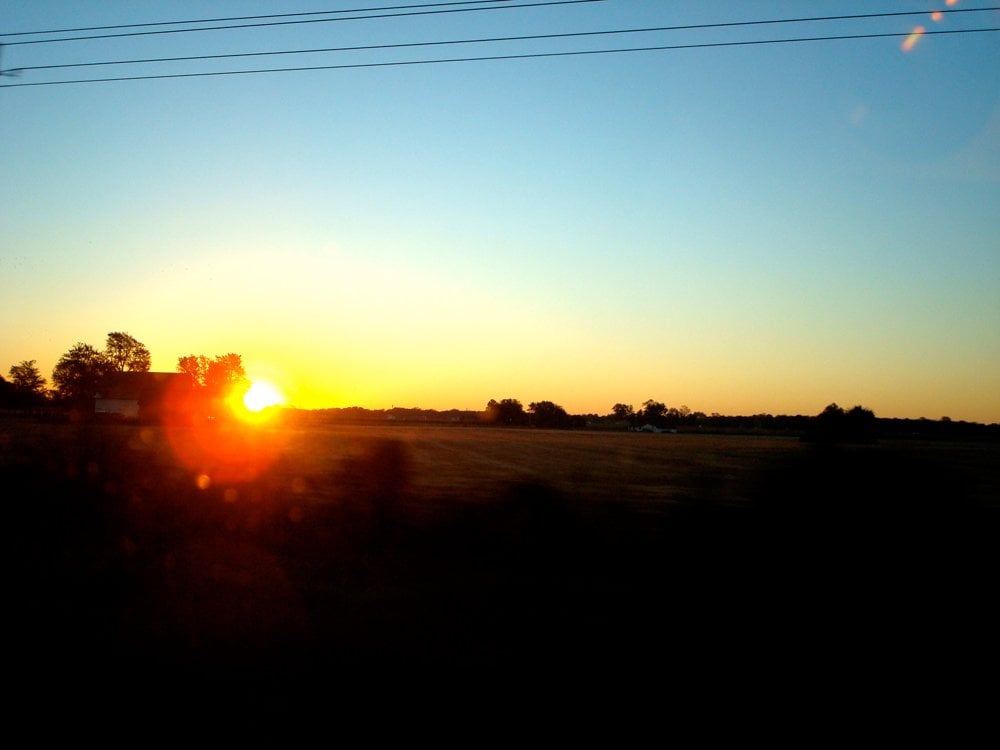 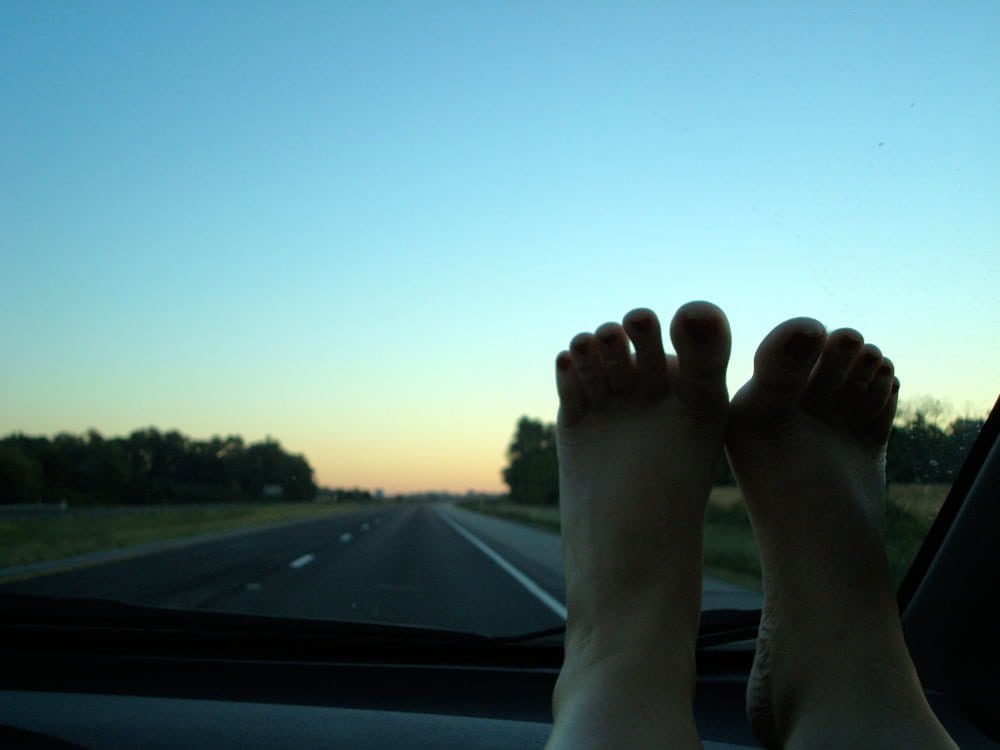 Can you tell I’m excited? 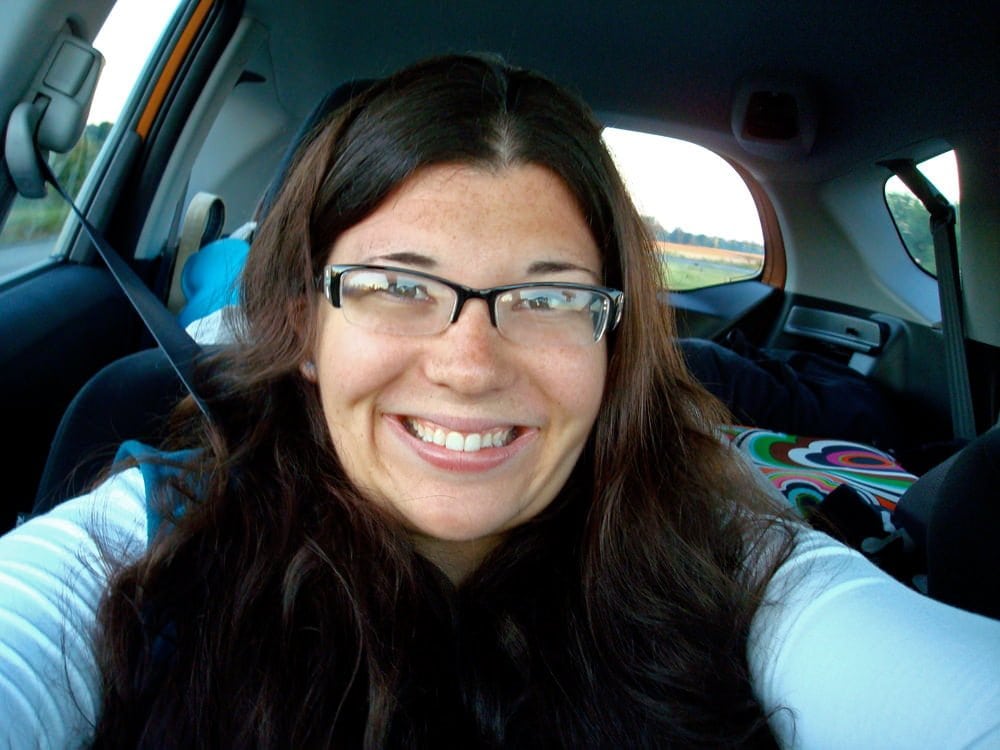 About two hours into the trip, we drove past the mecca of all things Fall and hot beverage related—Starbucks. In we went for a pit stop and Pumpkin Spice Latte #3 of the season. 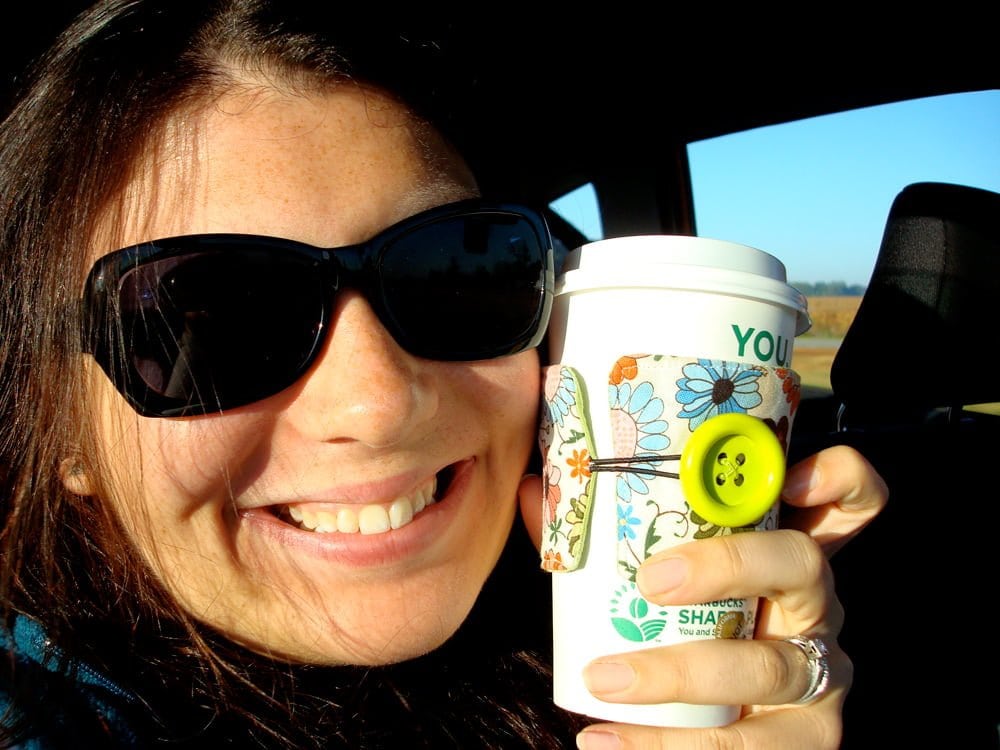 Or as I will now refer to them as: PSLs. 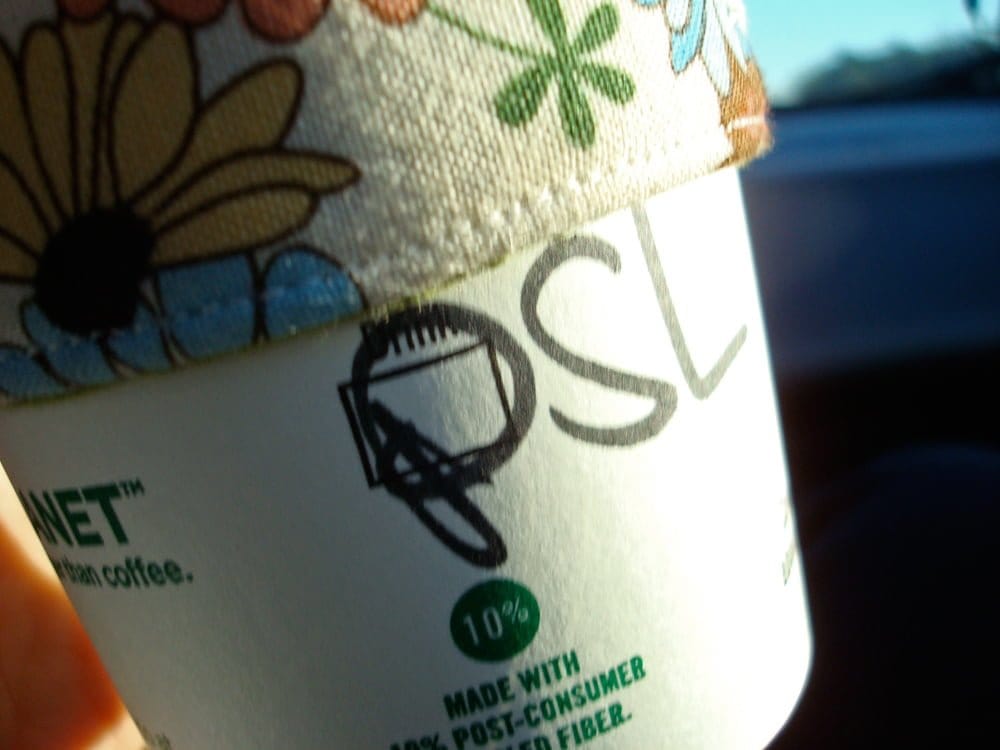 Tried to eat a pluot with my PSL, but got a few bites into it and realized it was too far gone to be enjoyable. 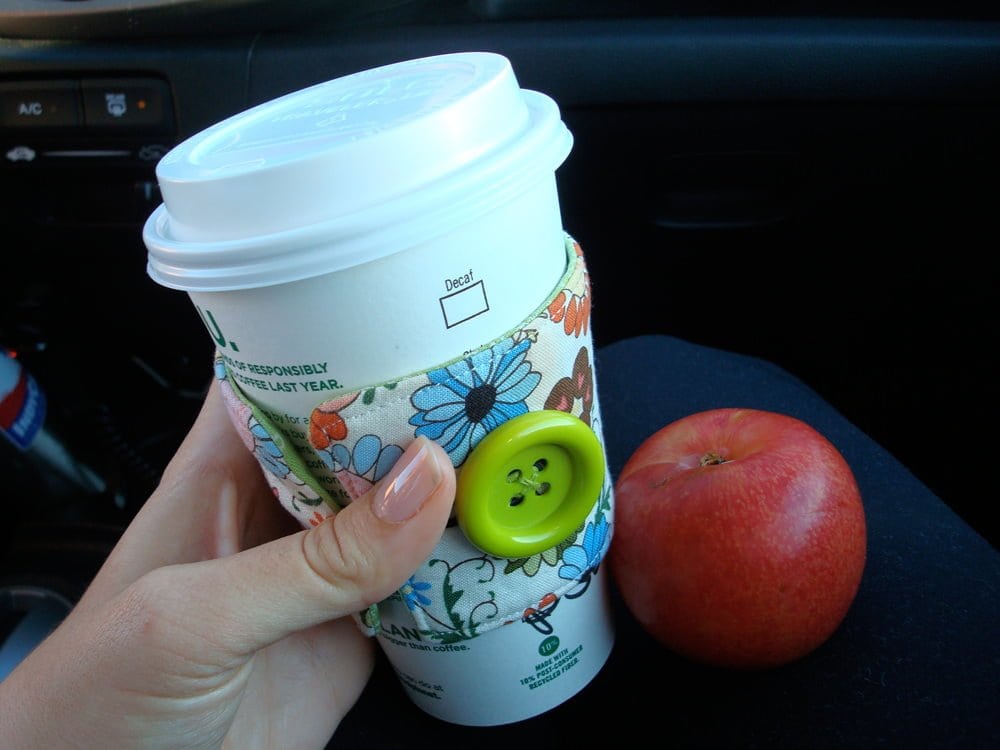 Instead decided to enjoy some lemon jelly.

And I swear, our car isn’t as dusty as that photo makes it look.

Lemon Jelly brought us into Michigan. 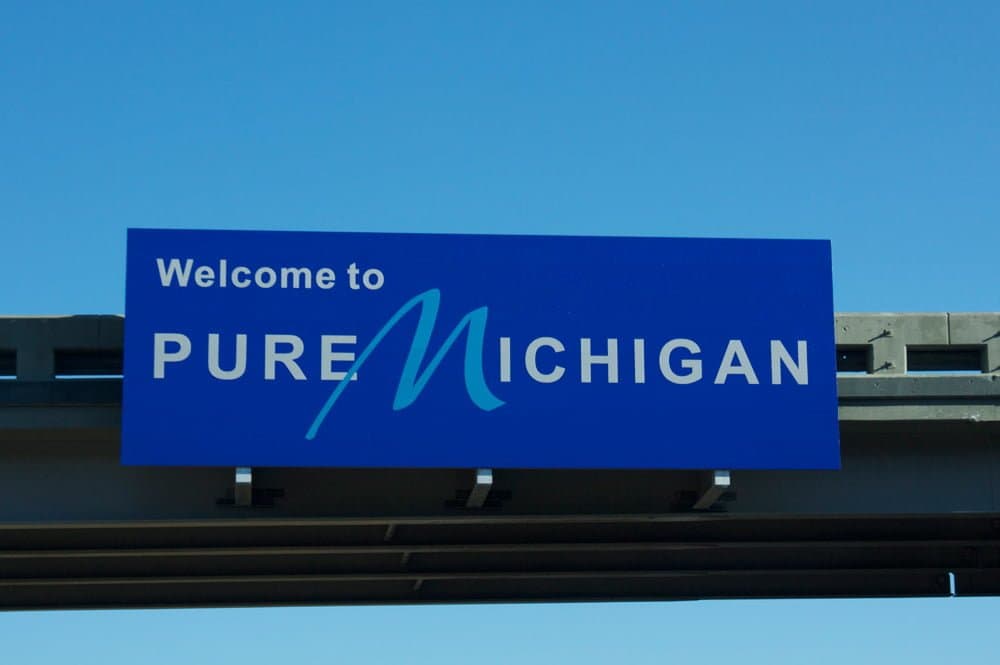 And Michigan brought us to a rest stop. 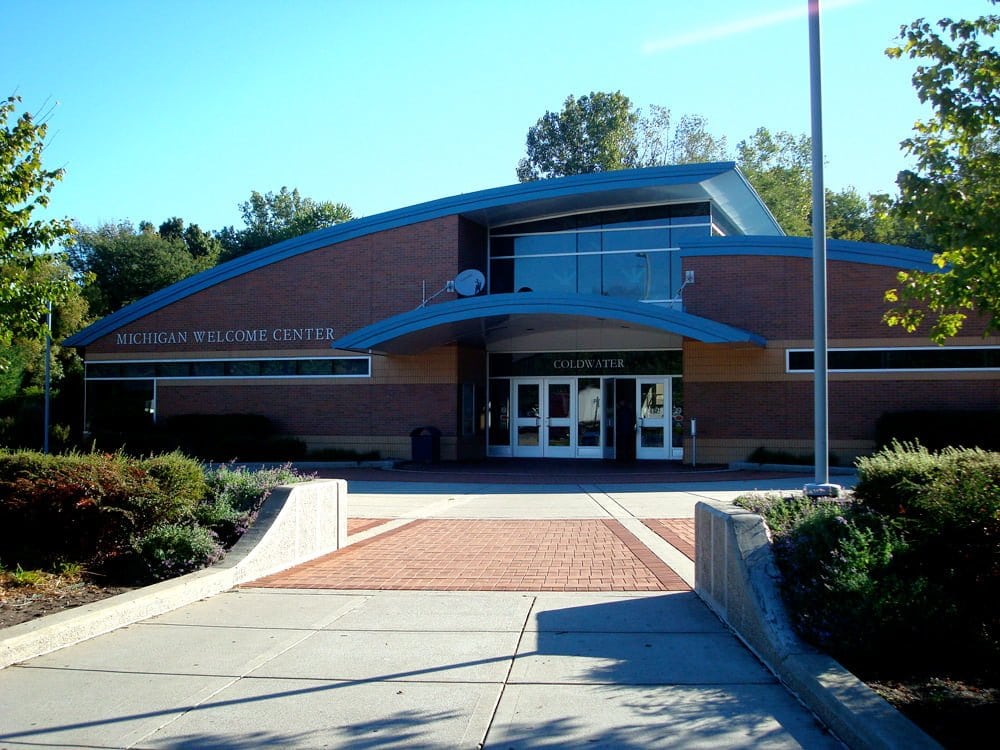 And the rest stop brought us a ridiculous amount of literature about our future destination.

Including this gem, which we plan on using frequently during this week. 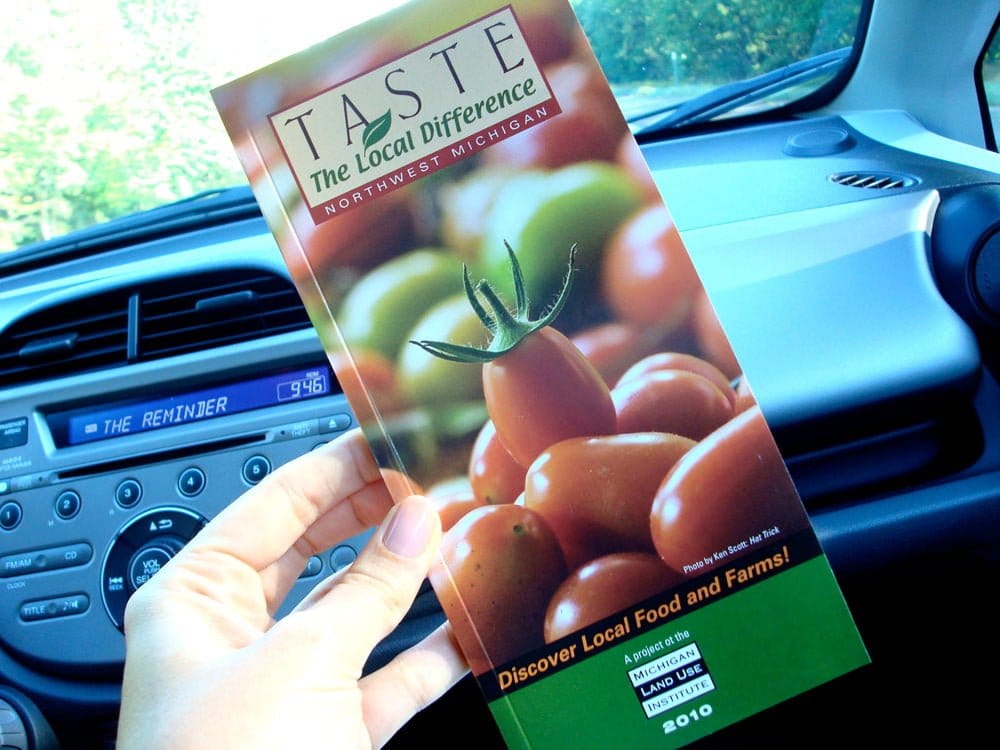 Back on the road, Babyface made it 4 ½ hours before pulling into a gas station full of retro cars and kindly reminding me that it was my turn for some time behind the wheel.

Twas just fine, because he pulled us into an awesome gas station that had Naked juices! And I dug around in our snack bag for a pack of Annie’s Bunnies. 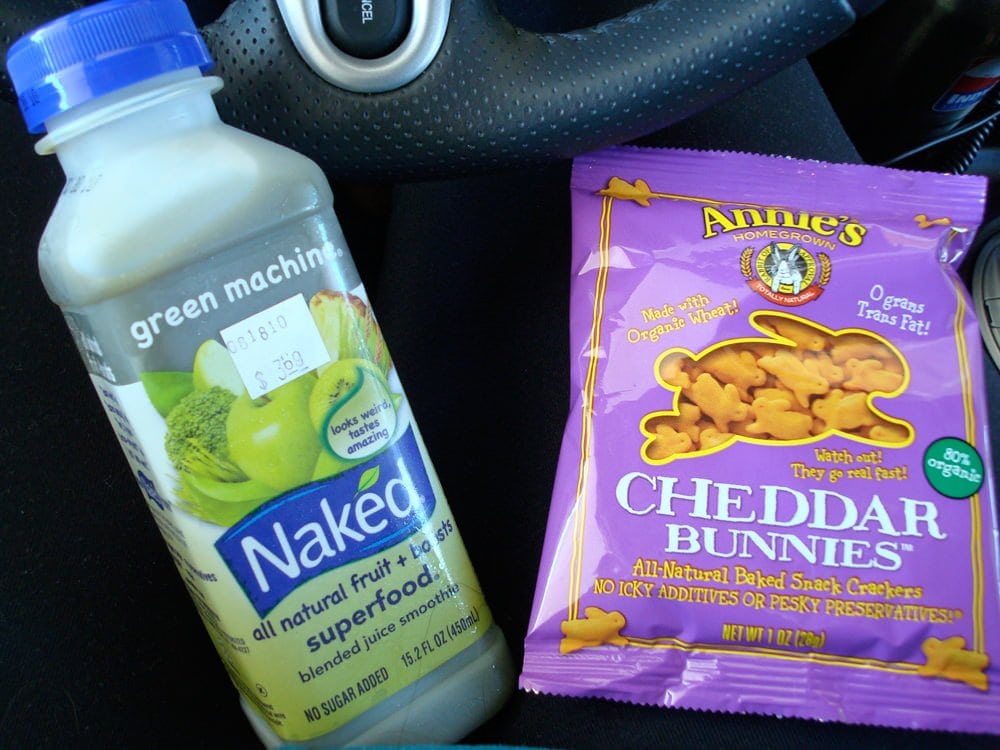 And since I was driving, my iPod went into the dock and I deemed it was time for some singing. 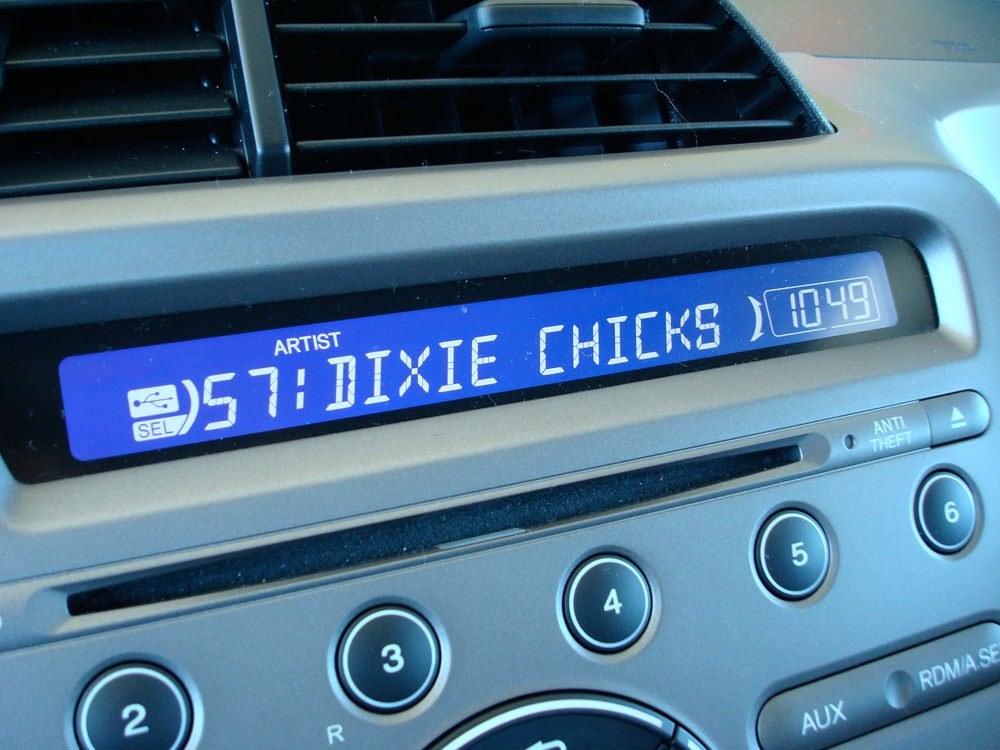 Two Dixie Chicks CDs later, it was pit stop time. Hung out with these hardworking dudes and dudettes. 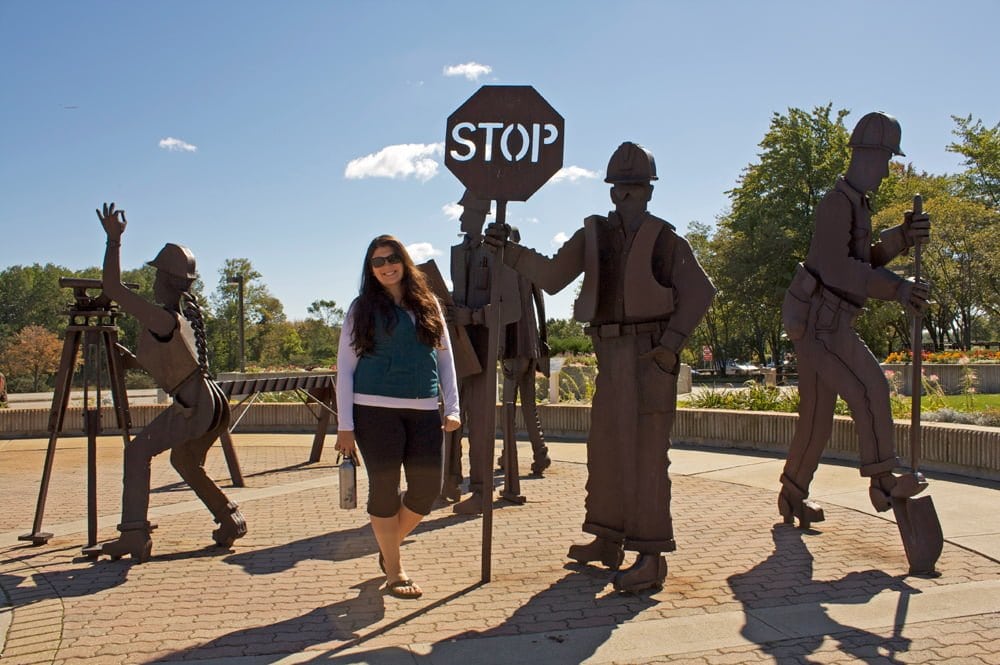 And saw our first Michigan Lighthouse, which was really just a silly prop at the rest area. 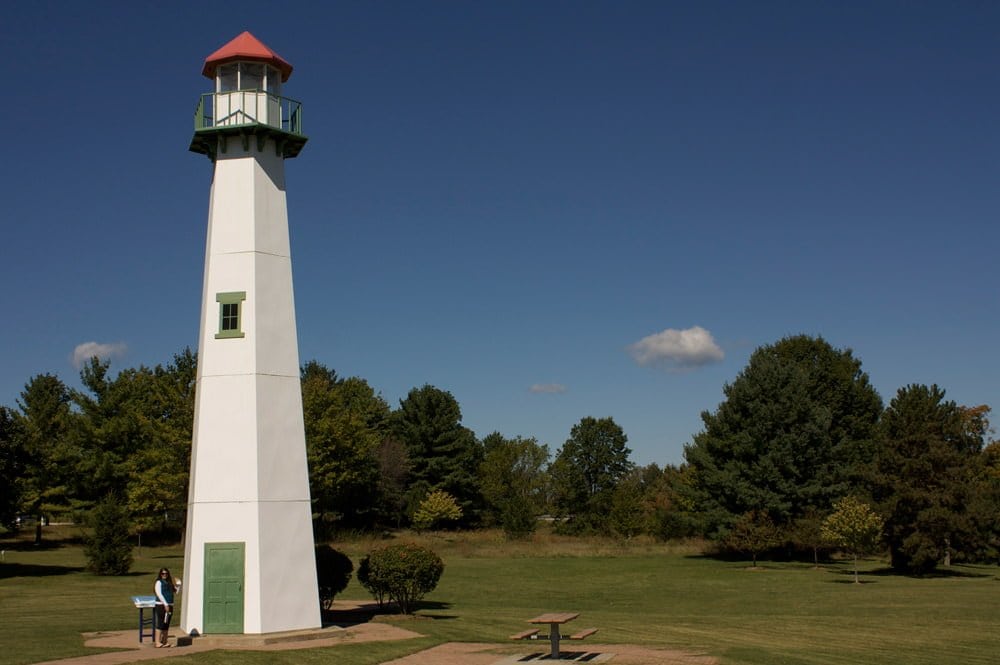 On the road again, we were a bit worried about time (we had to meet the owners of our rental at a specific time) so our picnic lunch became an in-the-car picnic. 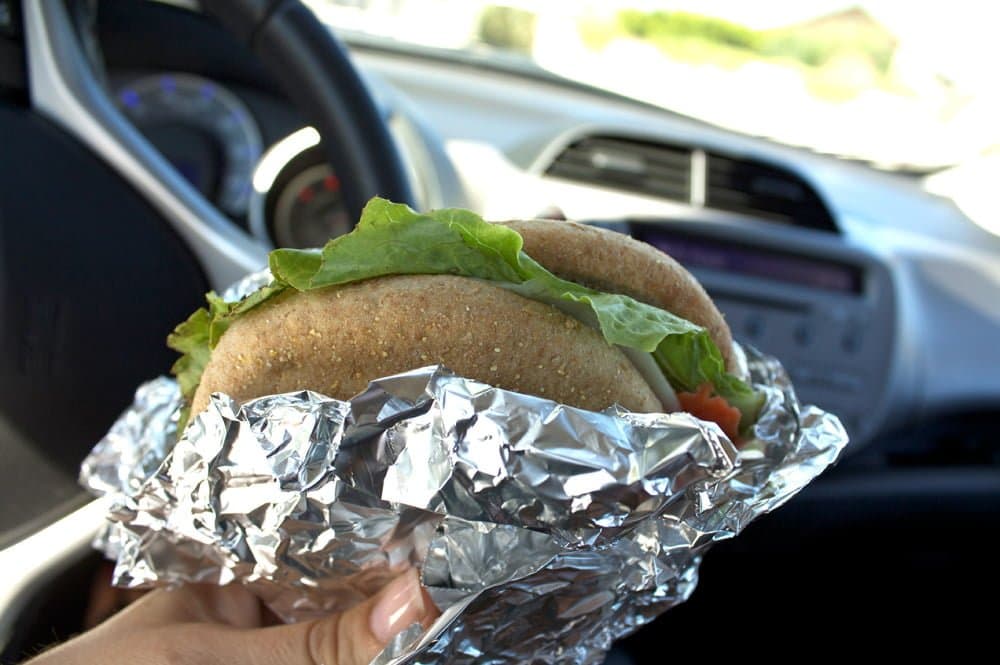 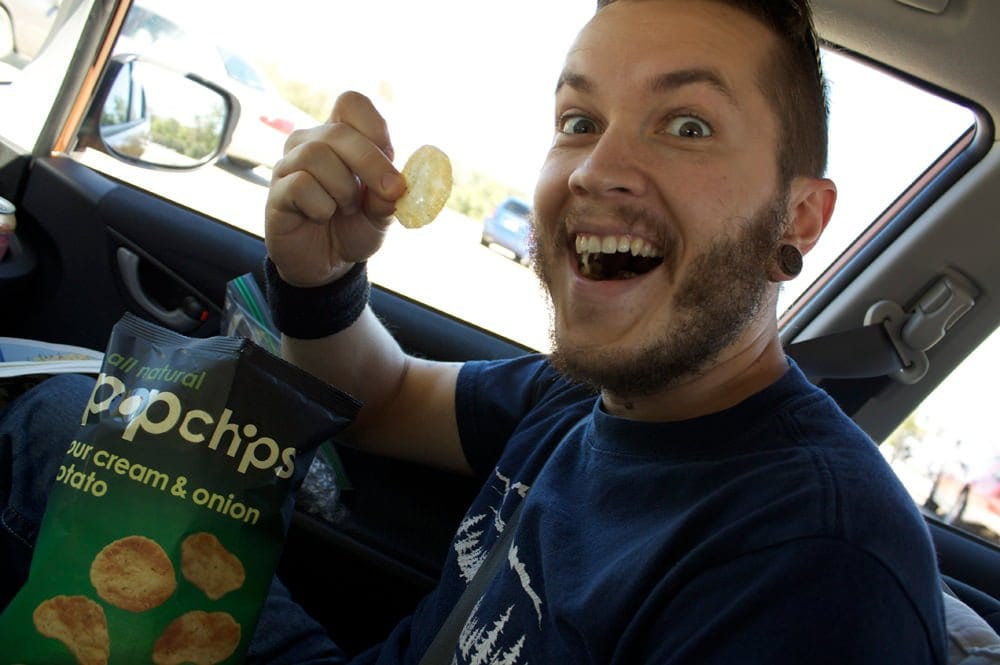 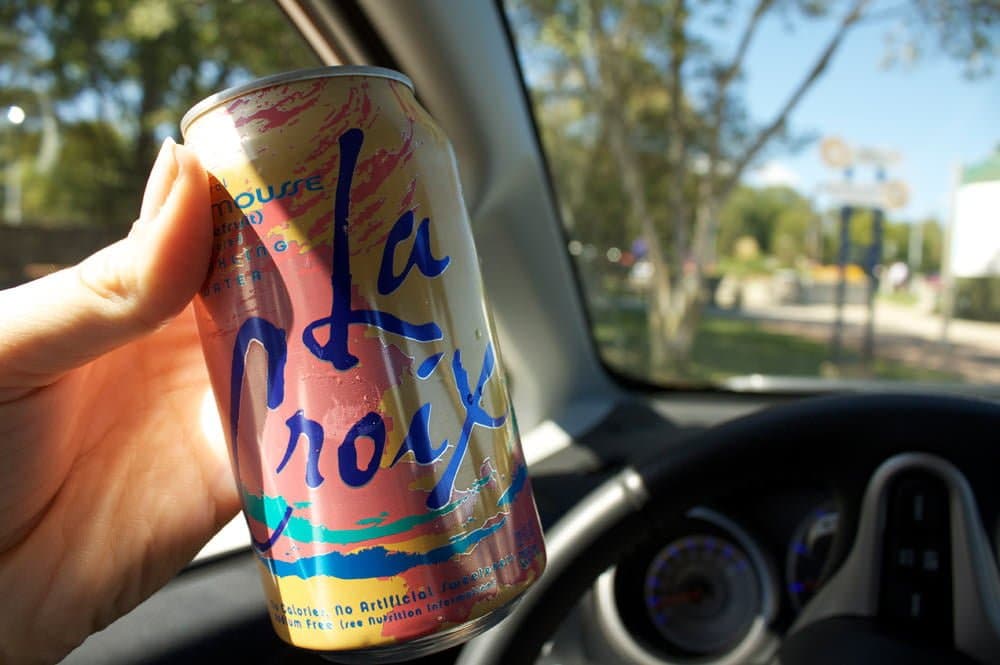 And I like pampelmousse (also know as grapefruit LaCroix, my favorite).

A few miles down the road, a craving for sweets set in and a handful of trail mix kicked it to the curb. 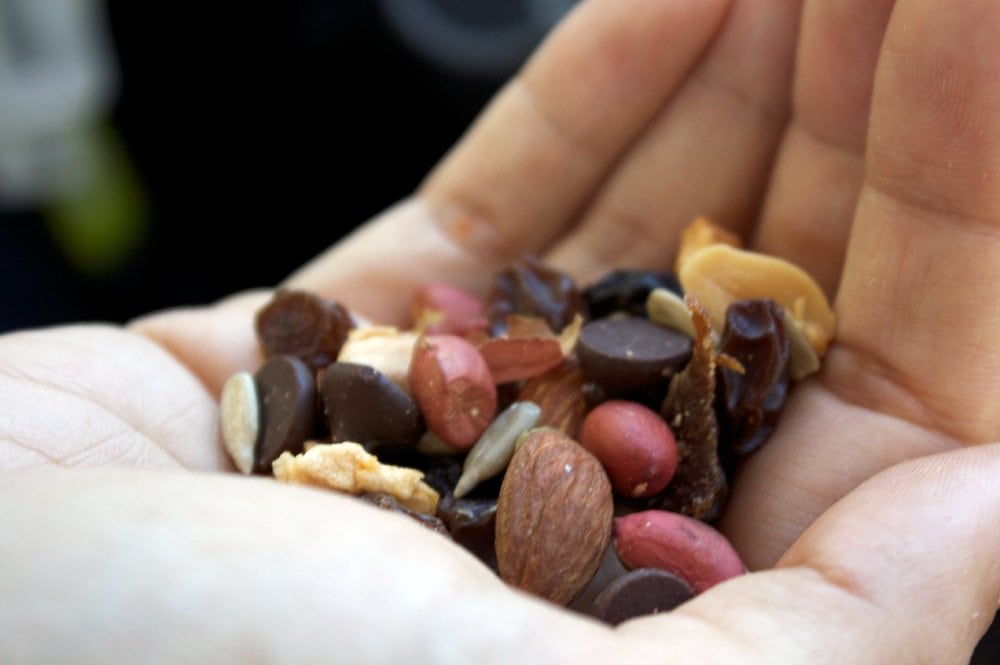 A few pit stops and a few windy roads later, we landed here. 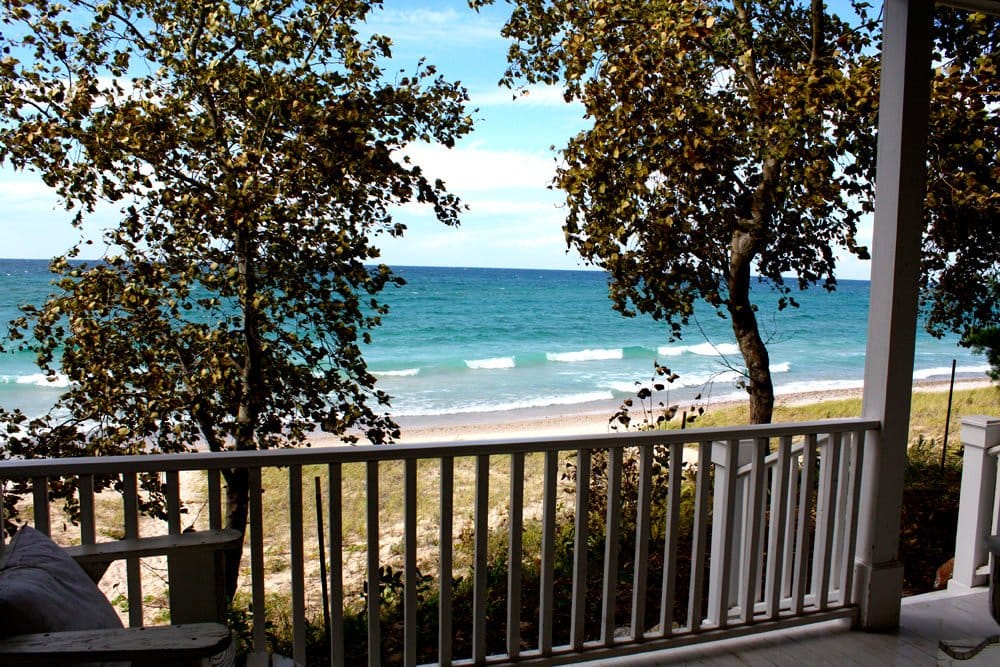 It is totally cool to be jealous, because when I go back and read this post a week from now, I’ll probably be crying tears of painful jealousy thinking of the next person occupying our beautiful cottage on the beach.

More pictures later, internet is spotty at our cottage (a fact that makes me very happy). I make no promises on my updating reliability. Would you with a view like that?