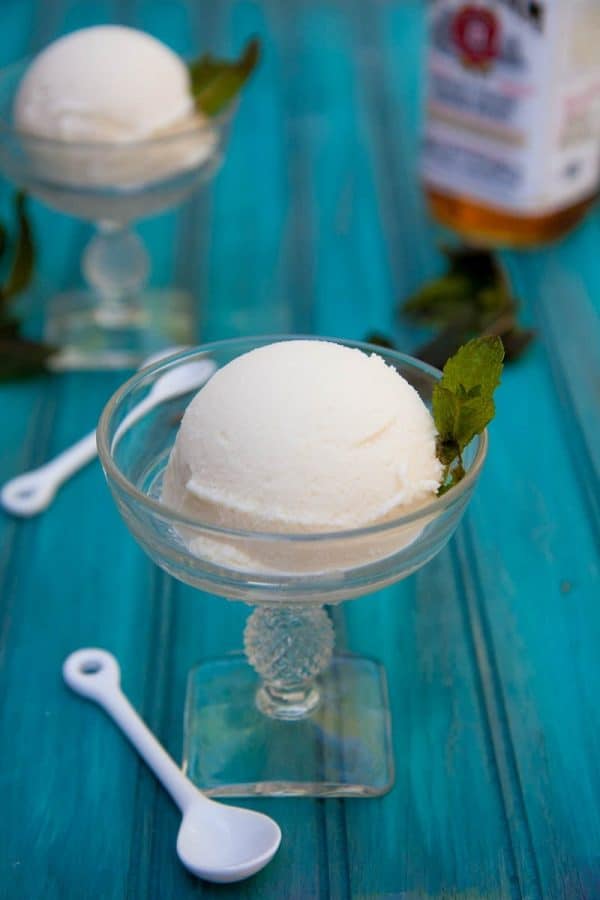 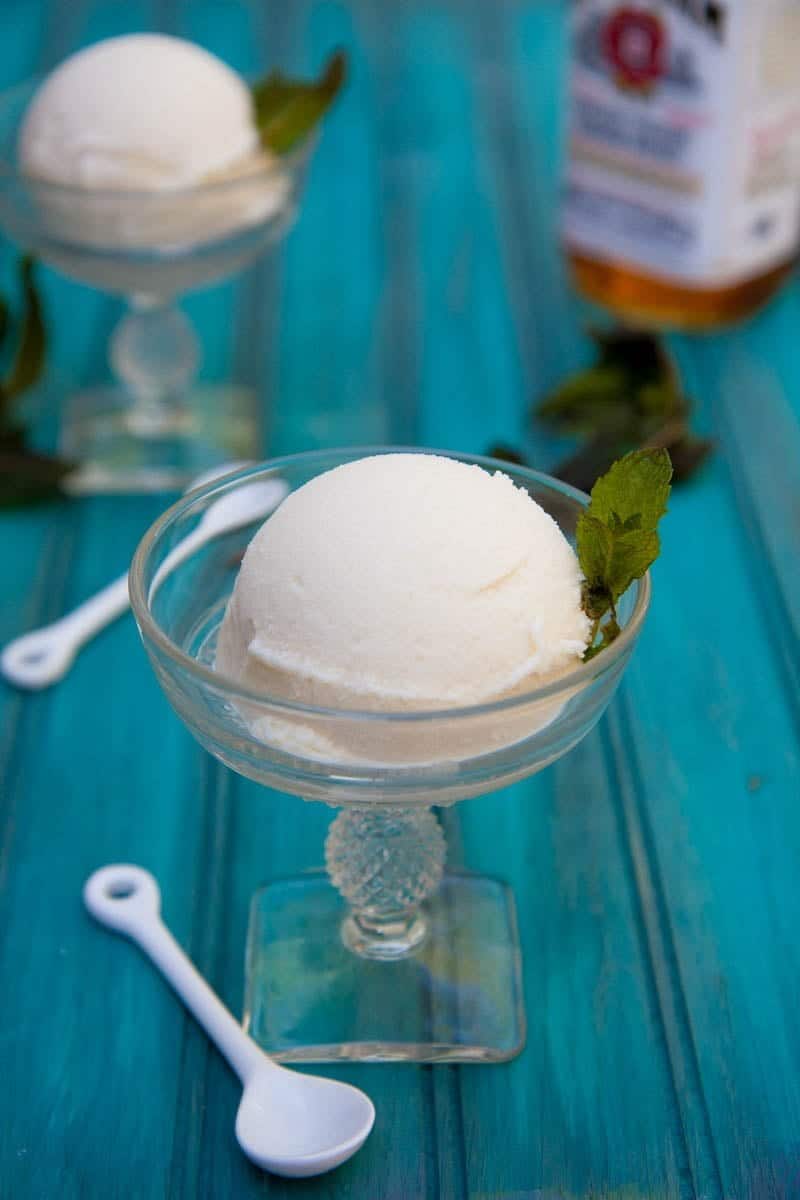 Living in this area of the country for my entire life, I’ve never really had a frame of reference for how big of a deal the Kentucky Derby is to people elsewhere. I’m assuming that most of you know what it is (a horse race!) and that some of you may even watch it if you happen to catch it on TV (it is only two minutes long!) and that’s about the extent of it. But around here, Derby is a big, flipping deal. Schools are closed today. When I worked for a marketing firm in Louisville, Derby week meant that every day at noon, our boss would whip out his credit card and take us all to a bar for the rest of the afternoon. We’ve lost count of how many fancy private planes (probably carrying celebrities and really, really, ridiculously rich people) we’ve seen fly over our house this week. See? Big. Deal. So big, in fact, I made you some dessert to celebrate. 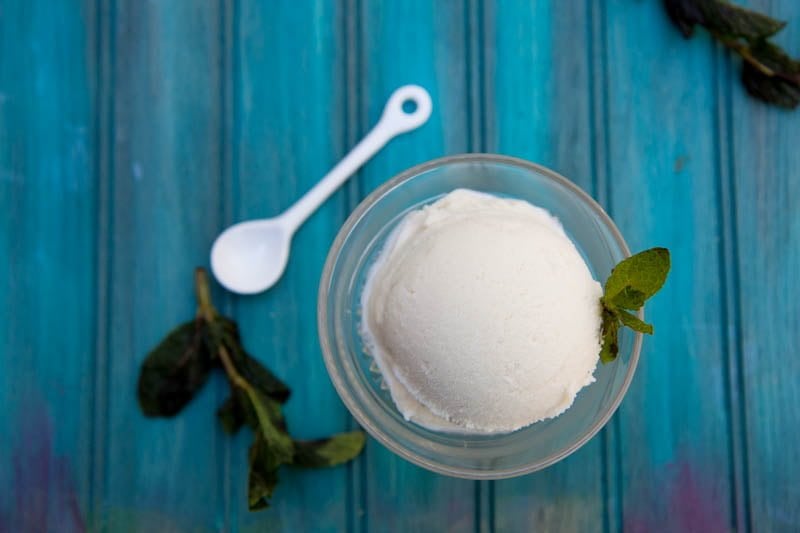 Derby has been part of my life for as long as I can remember. Around here there is a whole big festival leading up to the actual race, and I’ve marched in the parade (color guard, represent!). I’ve cruised on the Belle of Louisville steamboat during the opening ceremonies. I’ve cheered on the sidelines of the Derby Festival Marathon. But even though I’ve always been involved in Derby, can you believe I’ve never actually been to the race? Heck, I’ve never even been inside Churchill Downs. I should really get to work on that. I could don a fancy dress, big hat and drink mint juleps all day. Doesn’t sound half bad! 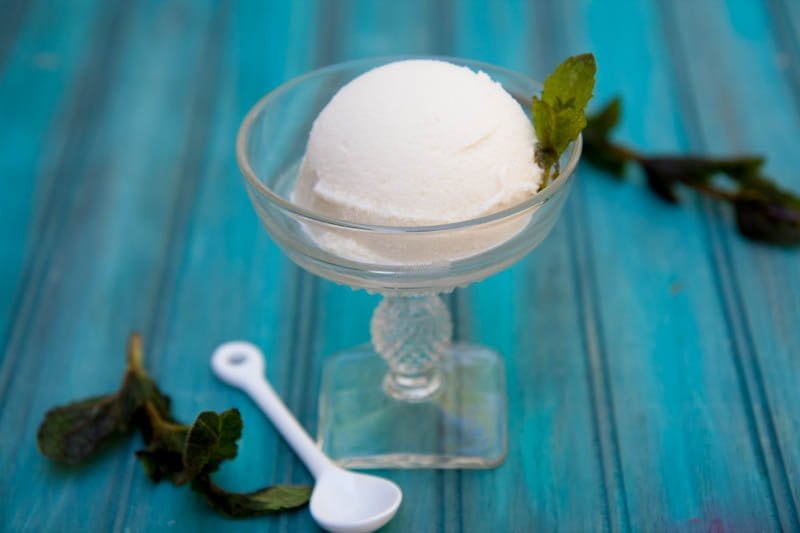 If you’ve never had a mint julep before, be warned—it’ll knock you on your bum. A mint julep is about 99.9% pure bourbon with a splash of mint and sugar. I have to admit, bourbon isn’t my most favorite of liquors in mixed drinks (I’m a tequila and gin girl) but I do have a special spot in my heart for bourbon as flavor note in desserts. If you’ve never had a bourbon ball, chocolate bourbon pecan pie, bourbon chocolate chip blondies, or the classic Derby pie, you are seriously missing out. And I think this frozen yogurt is an awesome way to translate that bourbon flavor into a lighter, summery dessert. Plus, if you’ve ever had issues with homemade frozen yogurt or ice cream getting hard or icy, adding liquor is the trick. Since hard alcohol doesn’t freeze, a couple of tablespoons of it can really help keep the texture of your creation soft and scoop-able.  I use vodka as a flavorless addition in most recipes, but bourbon does the trick here and it tastes yummy! 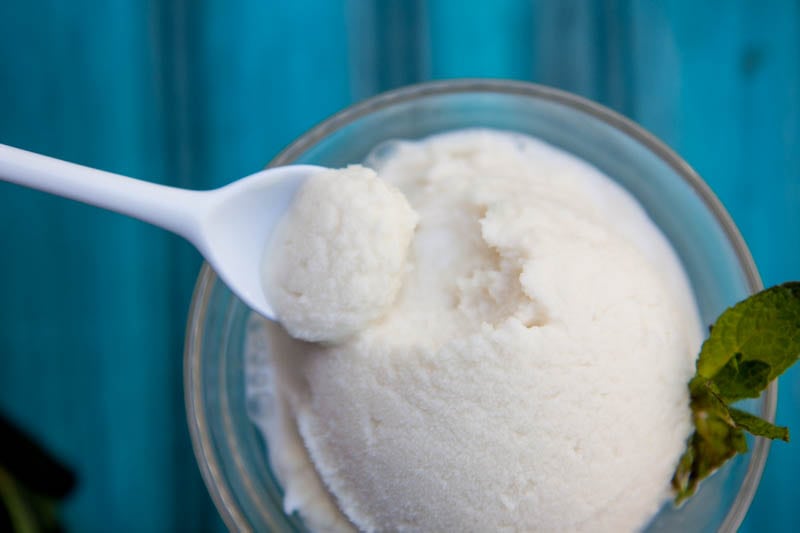 I should probably make note that this dessert ain’t for the kiddies. I know most recipes that use booze say it’s fine because the  alcohol cooks off, but that is so not the case in this one. In fact, just for good measure, I tossed an extra glug or two straight into the ice cream maker. Boozy. And delicious. Perfect for your Derby party tomorrow. You are having a Derby party, right?

For what it’s worth, my Derby pick this year is Mylute. Only because I always pick a gray horse, and there isn’t a gray horse in the field this year (OH THE HUMANITY!). So instead, I’m going with Mylute, who is a beautiful, stand-out-of-the-crowd black horse.

My method is not precise. And has never won me any money.