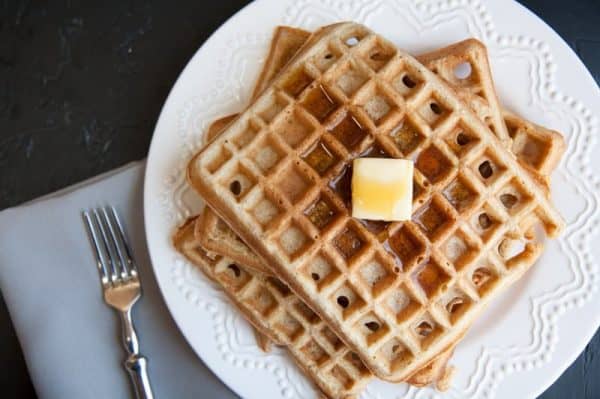 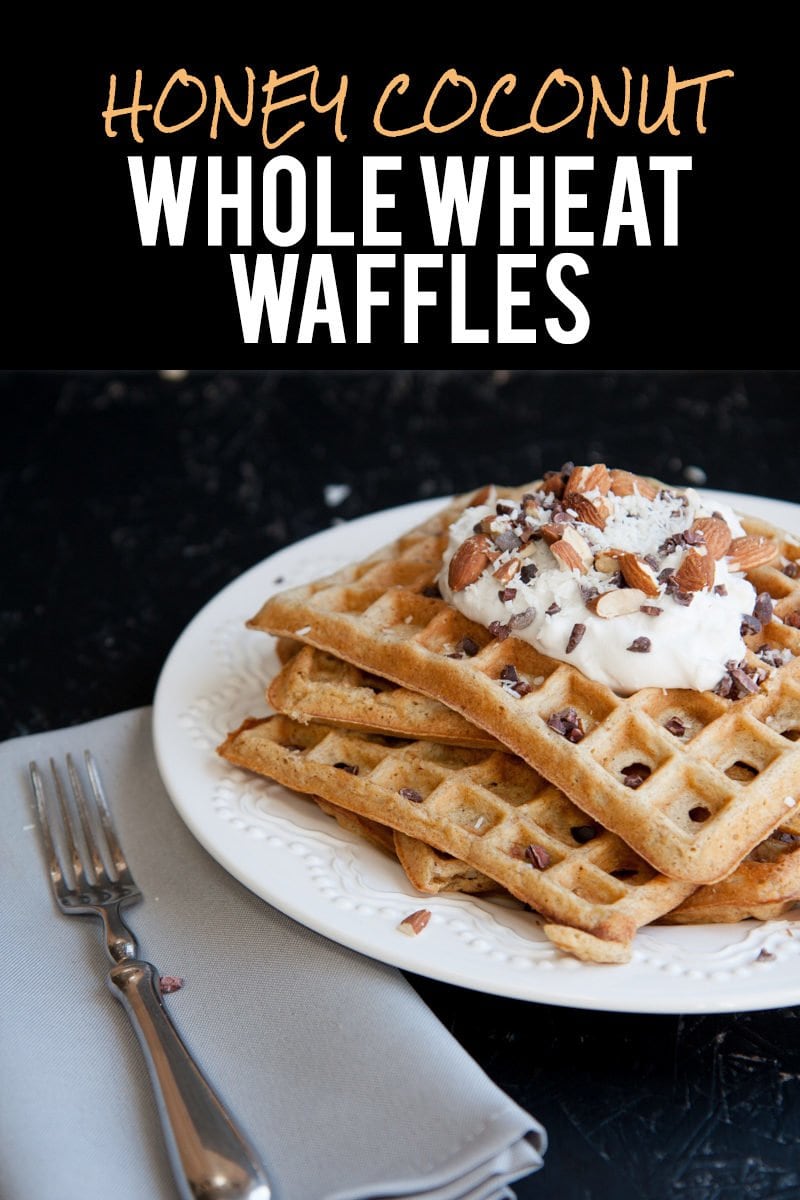 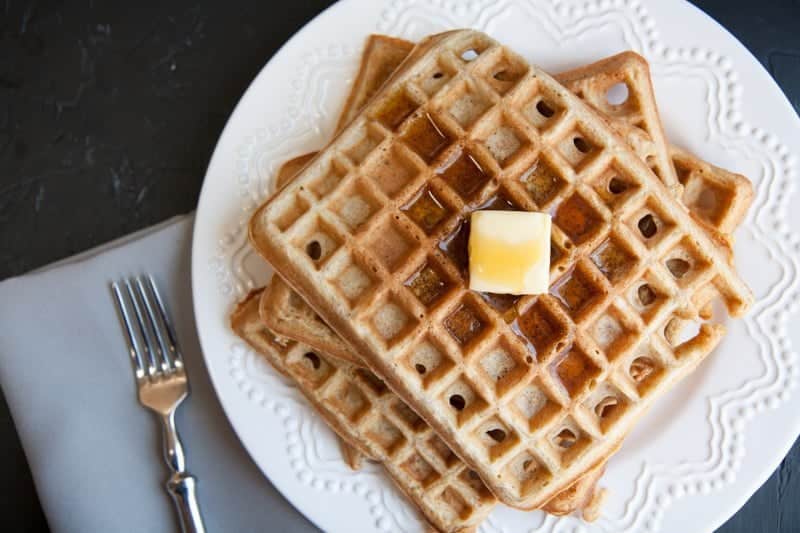 These coconut whole wheat waffles cannot be beat! They’re packed with healthy whole grains and are low on sugar. Make up a large batch and freeze them for easy weekday breakfasts.

When I give birth in June, if Baby J comes out shaped like a waffle, we can blame it on this recipe. I’ve made three different quadruple batches of these coconut whole wheat waffles, froze them, and have been eating them nearly daily for breakfast for the past few months. I particularly love them topped with peanut butter, apple slices, raisins and a sprinkle of cinnamon. But they’re also equally amazing with your standard butter and maple syrup combo. 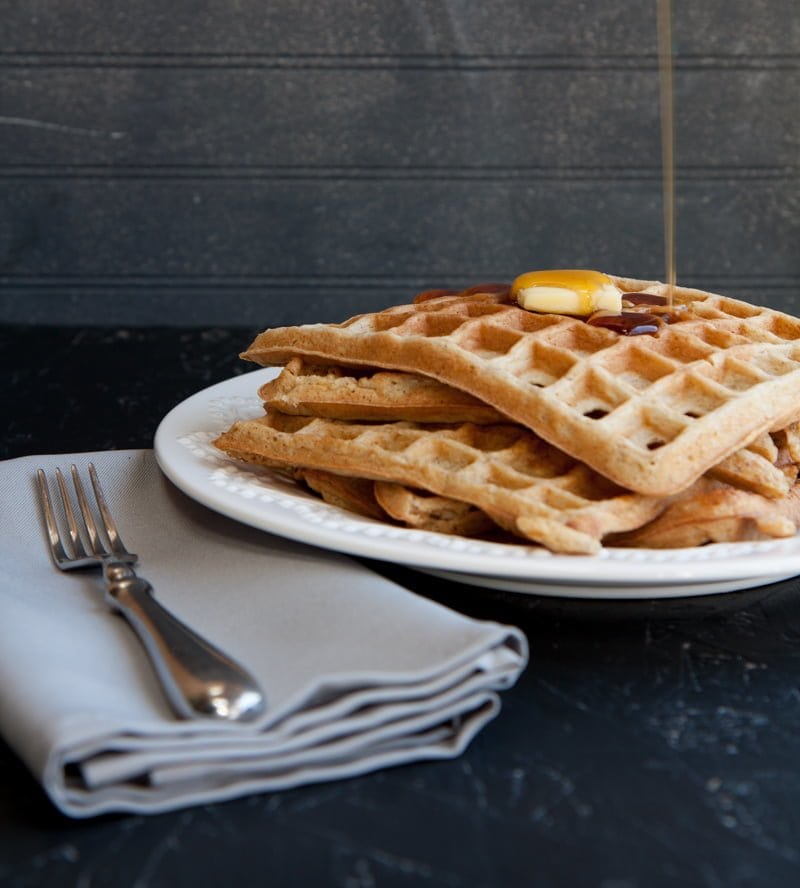 I’ve heard rumors that there are folks out there who don’t like coconut. If that’s true, I certainly don’t understand that part of the population. Man, I freakin’ love coconut. So much so, I put it in these coconut whole wheat waffles in three different ways—coconut milk, shredded coconut and the über healthy coconut oil. Have you guys jumped on the coconut oil train yet? If not, you really should. Not only does it add an awesome, subtly coconut flavor to everything you use it on, but it’s also one of the healthiest oils you can cook with. It’s packed with healthy fats, studies have shown that it helps boost your metabolism, it’s a natural anti-viral, anti-biotic and anti-fungal, and because of how it’s metabolized, it can help you feel fuller longer. And, coconut oil isn’t just awesome in your food. It’s a great moisturizer, lip balm and hair mask!

Sidenote: if you do love coconut oil, I highly recommend this cookbook. It’s another book in the “Cooking with…” series from my publisher (if you didn’t know, I wrote Cooking with Greek Yogurt), and I designed the cover of this book. And the recipes all look incredible! 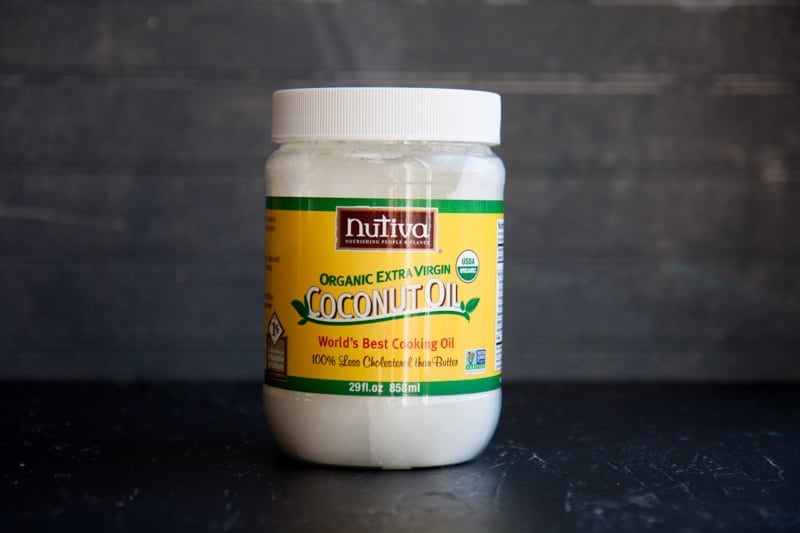 If you happen to not be a coconut fan (I DON’T UNDERSTAND), you can still easily make these waffles with a few substitutions. Swap out the coconut milk for cow’s milk, soy or nut milk. Instead of coconut oil, use another lightly-flavored oil or fat—like olive oil or melted butter. And just leave out the shredded coconut completely.

Or, if you’re totally coconut obsessed, you can take it to the extreme and turn your stack of coconut whole wheat waffles into Almond Joy waffles. Add some coconut whipped cream (you can find instructions for how to make that here), some chopped roasted almonds, and some raw cacao nibs or semisweet chocolate chips. Yum. 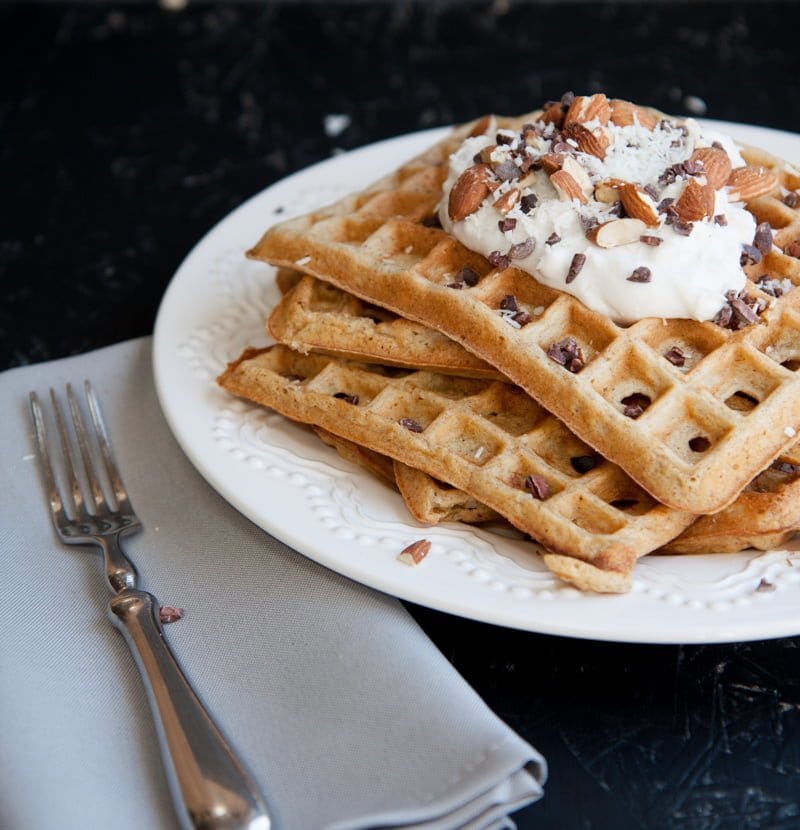 Like I mentioned above, these waffles freeze beautifully. You’ll never need to buy Eggos ever again. I tend to make a big ole batch of these, slice them in half (because my waffle iron makes waffles too big to fit in my toaster) and pop them in a freezer bag. In the morning, I just pull out two halves, put them in the toaster and breakfast is ready in about 90 seconds. I’ll be stashing lots of these waffles in the freezer for post-baby breakfasts. 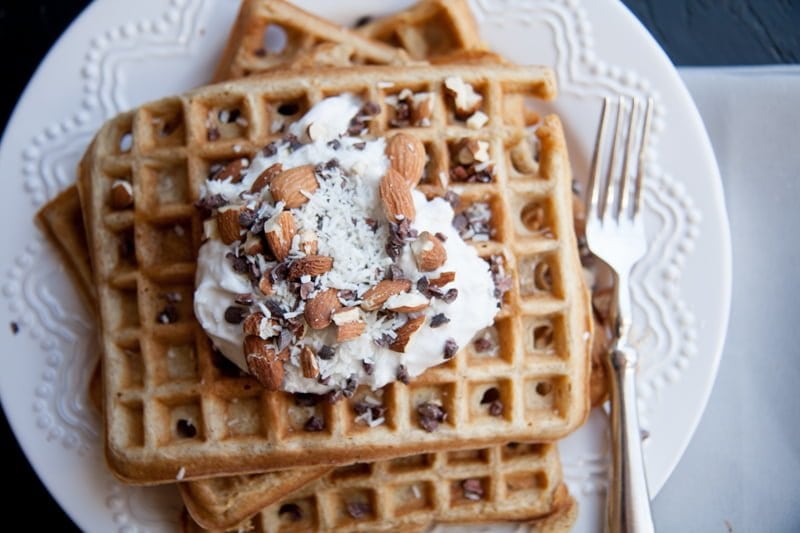