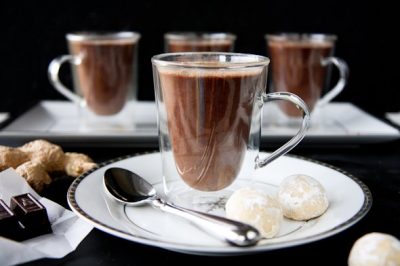 First of all, thank you all so much for all of your help on my sleep problems post yesterday. I knew I could count on you guys for some awesome suggestions. I’ll definitely be trying some of them out and I’ll keep you posted. You guys are the best. 🙂 But enough of me whining about my lack of shut-eye, let’s talk about this deliciousness: 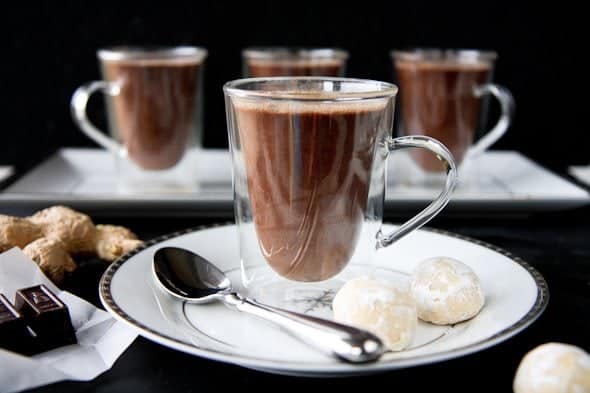 It’s snowing. It is a swirly, twirly, snowglobe out there. It’s a perfect winter wonderland. I love it. 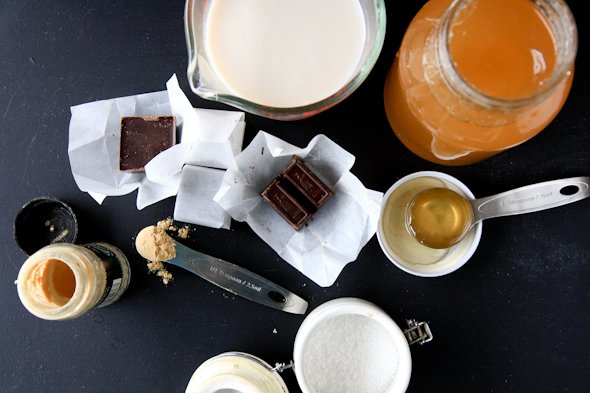 Those big fluffy flakes floating down from the sky (well, right at this second they are shooting down at a warp speed) make me want to curl up on my couch next to my fluffy Puppyface with a good book and a mug of something warm. Hot chocolate is always high up on my list of snow day treats (right behind snow ice cream) and this version is a fun twist on the classic cocoa. 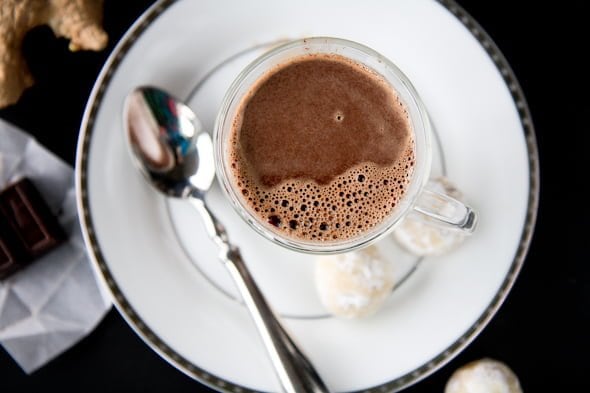 I used to despise ginger with a passion. I couldn’t handle the spiciness or the earthy-sweet flavor of it. But as I’ve started experimenting with more flavors in the kitchen, I’ve begun to appreciate ginger as a really great pairing with some complementary flavors (like chocolate!). I’m not sure you’ll ever find me gnawing on a knob of crystallized ginger for fun, but I definitely see the appeal of the ginger flavor in dishes. This drink is one of those special cases. I love the spicy ginger pairing with the sweet, rich chocolate. It has such an interesting and addictive flavor. Plus, dark chocolate is always a welcome health food in our house. It’s good for my emotional health and the health of my body.

Are you a fan of the snow?