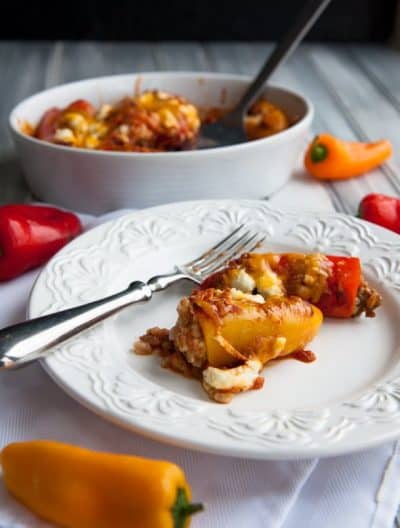 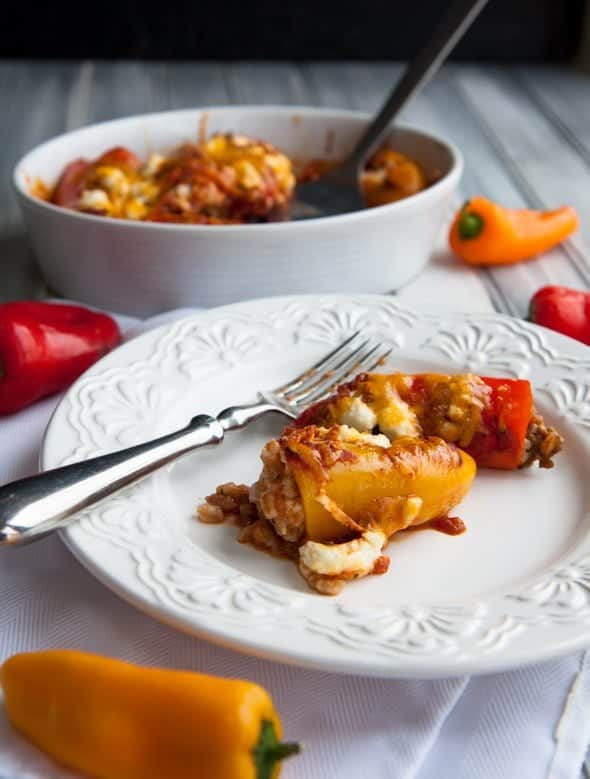 As you guys know, I try to eat as local and organic as possible. I consider helping out local farmers who are producing food in what I consider the right way to be part of my moral obligation to be the best steward of this planet of ours. Beyond that, the quality is almost always better, the food is fresher and it’s a ton of fun to interact with the people actual growing and handling my food.

That all being said, I’m nowhere near to being immune to the shiny, shiny shelves of the supermarket. There are certain items—specifically from the produce section—that I just can’t quit. And these giant bags of mini bell peppers are one of them.

They aren’t local (although, they are from the US, which is good). They aren’t organic. And they certainly aren’t in season. But what they are is a week’s worth of crunchy, sweet deliciousness packed into a $5 bag. If I was a stronger human being, I’d forgo these peppers during the winter months and just relish in them during the summer, when they are fresh and crisp from my own garden. But I haven’t been able to yet quit the addiction to the $5 bag of mini sweet peppers yet. And I’m not entirely sure I ever want to. Mini peppers=awesome.

If you couldn’t tell already, we will be growing a variety of mini sweet peppers in our garden this year. Obviously. 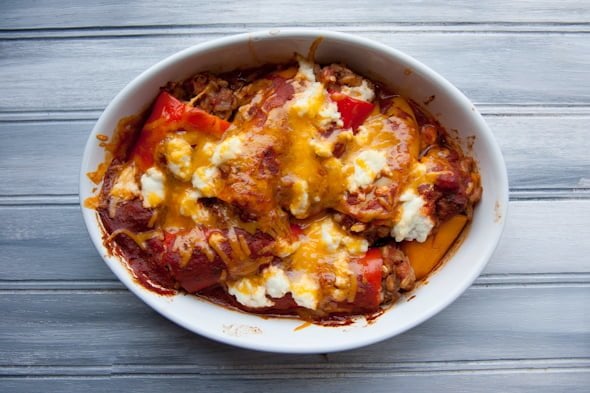 I took some of these delicious suckers and stuffed them with an incredible lasagna-inspired farro filling. If you haven’t cooked with farro before, I highly recommend picking up some. It’s one of my favorite grains! It cooks up soft and tender, but with a little bit of really-addictive chew. It’s got a slightly nutty taste, but since it’s a bit spongy, soaks up any flavor you add to it. Farro is packed with magnesium, vitamins B and E, fiber and protein. I’ve also heard it’s low in gluten, which makes it easier to digest for those folks with gluten sensitivities (although, I’m not gluten-sensitive, so I have no way to test this). 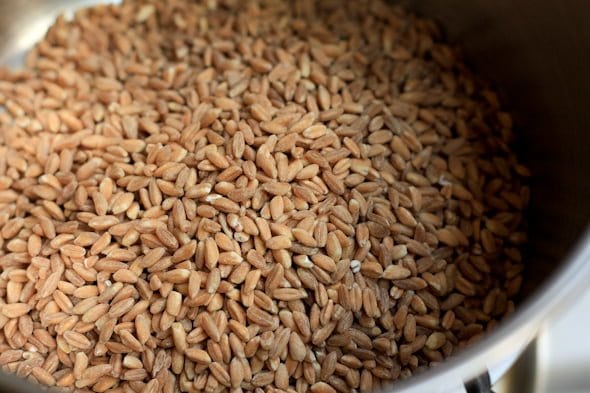 You can obviously stuff this filling to big ole sweet peppers, too, but I think the mini peppers really help with the overall texture of the dish. As much as I love sweet peppers, stuffed peppers have never been my jam. I’m pretty impatient. And I never liked how long it took for the thick-walled bell peppers to soften up in the oven. So I always ended up eating crunchy peppers with a squishy filling.

These thinner-walled mini peppers help solve that issue. They cook up in about 20 minutes, and the peppers get just soft enough to not be crunchy, but stay solid enough to hold their shape. 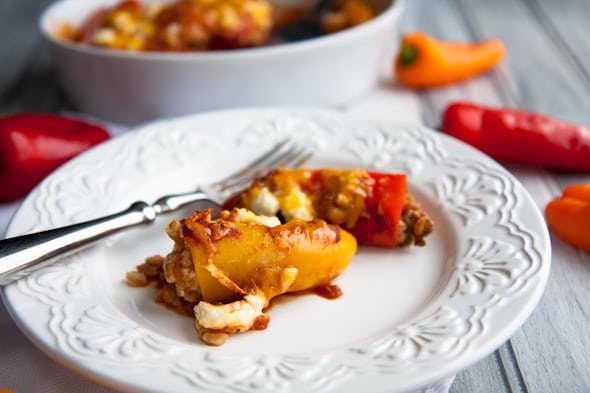 I also find the vast majority of stuffed pepper recipes are a bit…boring. I spiced things up a bit and used lasagna flavors inside—creamy ricotta (that I made myself!), fresh garlic (that grew in our garden last summer!) and just a pinch of spicy red peppers (also from last year’s garden). I’m gonna go ahead and say that all that homegrown goodness helps balance out the supermarket peppers, don’t you think?

We loved these peppers. Nothing boring about them! Enjoy.

Have you ever tried farro before? What’s your favorite grain?