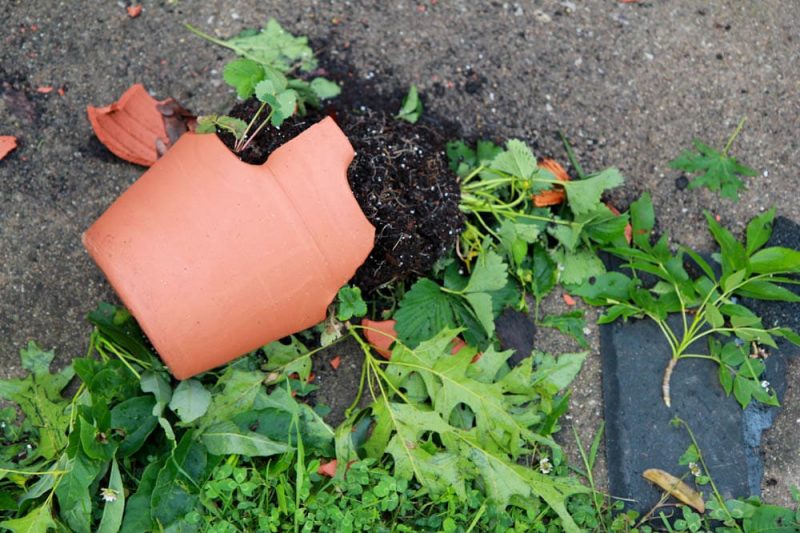 We were incredibly fortunate this past May.

At the end of a terrible day of thunderstorms, our apartment building was hit by a very weak tornado. No one in our complex was injured. The last of the repairs and inspections were finished up last week. If you drove around now, you’d never know something so destructive tore through here six months ago.

I remember my heart pounding so loud and so hard that I legitimately was worried that I was going to have a heart attack. I remember Babyface wrapping his arms around me and Puppyface as tight as he could while our roof ripped off. I remember hyperventilating when we stepped out onto the street and realized just how extensive the damage was. I remember walking through the flooded streets in the pitch black, hoping there were no live power lines in the flood waters.

There are a lot of things I remember from that night and the days after. But one thing I wish I didn’t remember? The fear. 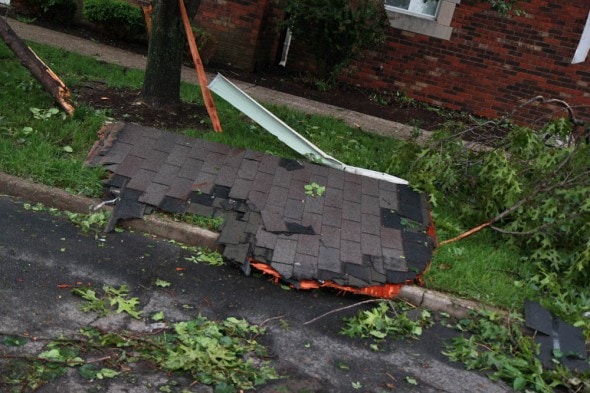 Growing up, I was always afraid of storms. I grew up in a mobile home, and there are few things more terrifying than weathering a Midwestern severe storm in a wooden box on cinder blocks. The fear was so paralyzing that I became embarrassingly hysterical even when storms hit while I was at school. Even after we moved into a new house with a sturdy basement, it took years to feel safe. By the time I got to college, I was vigilant, but not fearful, but it took a long time to get there.

In college, a tornado hit my home town. It ravaged my college roommate’s parents’ house back home (we were best friends in high school, hence the college roomies thing). After we found out that their house had been hit, I tried desperately for an hour to get in touch with my parents (who live just down the road) and by the time we could finally get connected, I had worked myself into a hysterical mess. I was determined they were trapped under the house and I was 90 minutes away at college. 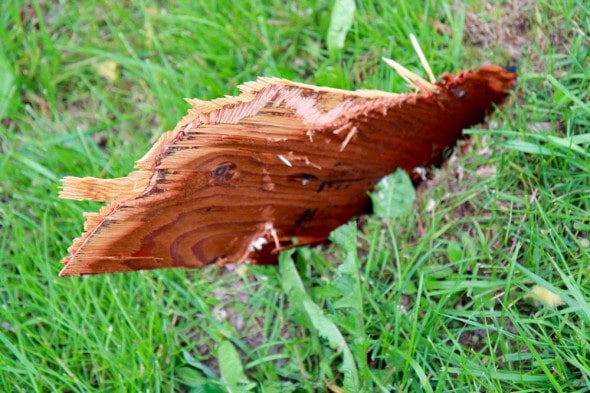 All turned out okay (except for, you know, the destroyed house) and amazingly enough, my childhood fear of storms stayed in check. Sure, it was a scary event, but not enough to spiral me into a fit of paralyzing fear. I felt recovered. I felt matured. I was so proud of how I handled it.

Understandably, I expected to come through the other side of “my” tornado with the same poise. The twister that hit my hometown did a lot more damage than the one that hit us this May. Logically, you’d think that it’d make less of an emotional dent.

Emotions are, by their very nature, illogical. 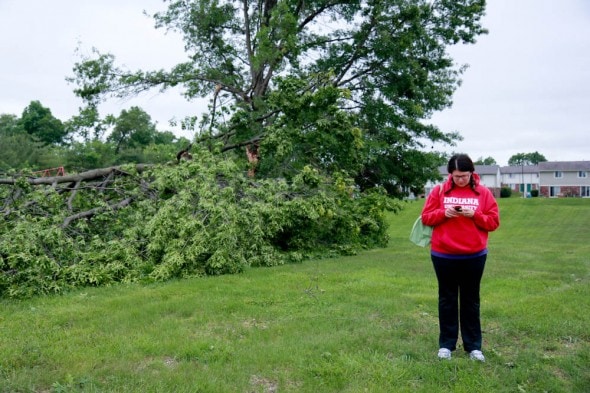 When severe thunderstorms came through last night, I found myself worked up into a vintage Cass panic attack. I regressed. As soon as the tornado watch was announced, my heart started pounding. I wanted to call my Mama. I wanted to spend the evening in the bathroom. I wanted to call up my friends and find someone with a basement. I checked and re-checked our jump kit. I wanted Babyface and Puppyface within arms reach at all times. I all but begged Babyface to come home from work early. Most of all, I just so desperately desired for it to be over.

So maybe I’m not as recovered as I thought.

Does time really heal all wounds? Will I feel better about this in a month or a year? At what point is it no longer normal? Could it be that there are certain wounds that don’t heal, even after the longest time?

I don’t know. But I do know I’d be nice to figure out what is going on by spring, or it’s going to be one very long storm season.

What are you afraid of?