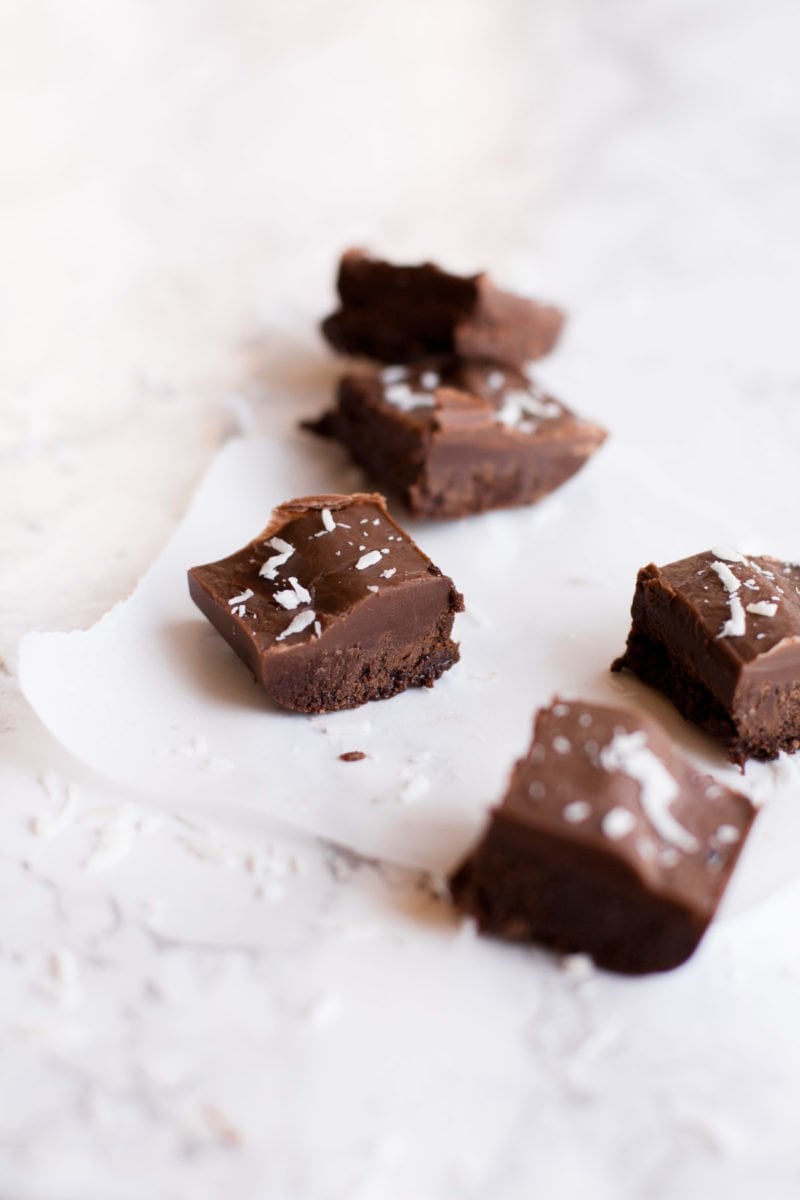 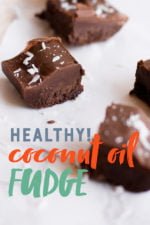 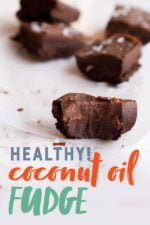 I’d like to introduce you to a little recipe that we make it our house way more often than I care to admit—coconut oil fudge. It’s our absolute favorite healthy dessert (in moderation, of course), and we almost always have all the ingredients we need to make it stocked in our pantry. And it’s actually not doing this recipe justice to call it my favorite healthy dessert. It’s pretty much my favorite any kind of dessert ever. And it just so happens to be healthy. It’s that good.

This fudge is different from regular fudge in the fact that it is much lower in sugar (and uses more natural sources of sweetener), is totally dairy-free and vegan, and is packed with healthy fats thanks to a good chunk of coconut oil. Like most of my “healthy” recipes (in quotes because healthy is a totally relative term—what it means to you might be different), this isn’t a low-calorie recipe. But it is packed with nutrients and good-for-you stuff. 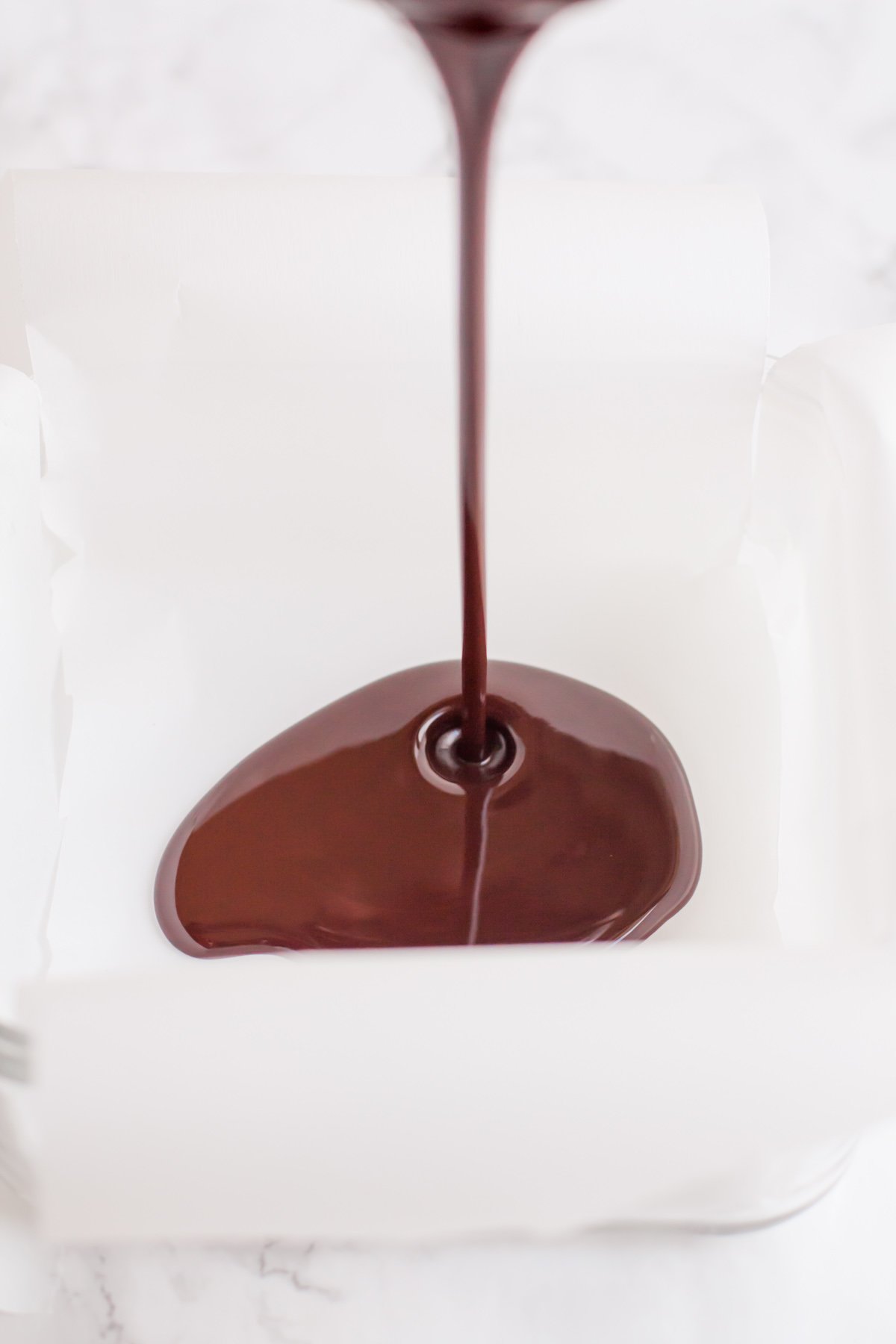 The idea behind this fudge is that property that all coconut oil users know well—coconut oil is solid at room temperature, but anything above that, and it’s a velvety smooth liquid oil. To make this fudge, you simply stir together the (warm and melted) coconut oil with cocoa and sweetener, and then pour it into a pan. Then you chill that sucker, and out pops the most velvety, dense, and smooth fudge you’ve ever had—without a single second of cooking time. No boiling hot sugar on the stove. No microwaving something for 10 minutes. Just five minute, deeply chocolatey fudge—with a gloriously awesome hint of coconut flavor.

This coconut oil fudge is so smooth, that it’s almost the same texture as those ice cube chocolates you used to eat as a kid. Remember those? They looked like an ice cube? And they were so smooth and creamy that they almost felt cold on your tongue (hence the name)? Yup, this fudge is a lot like those. 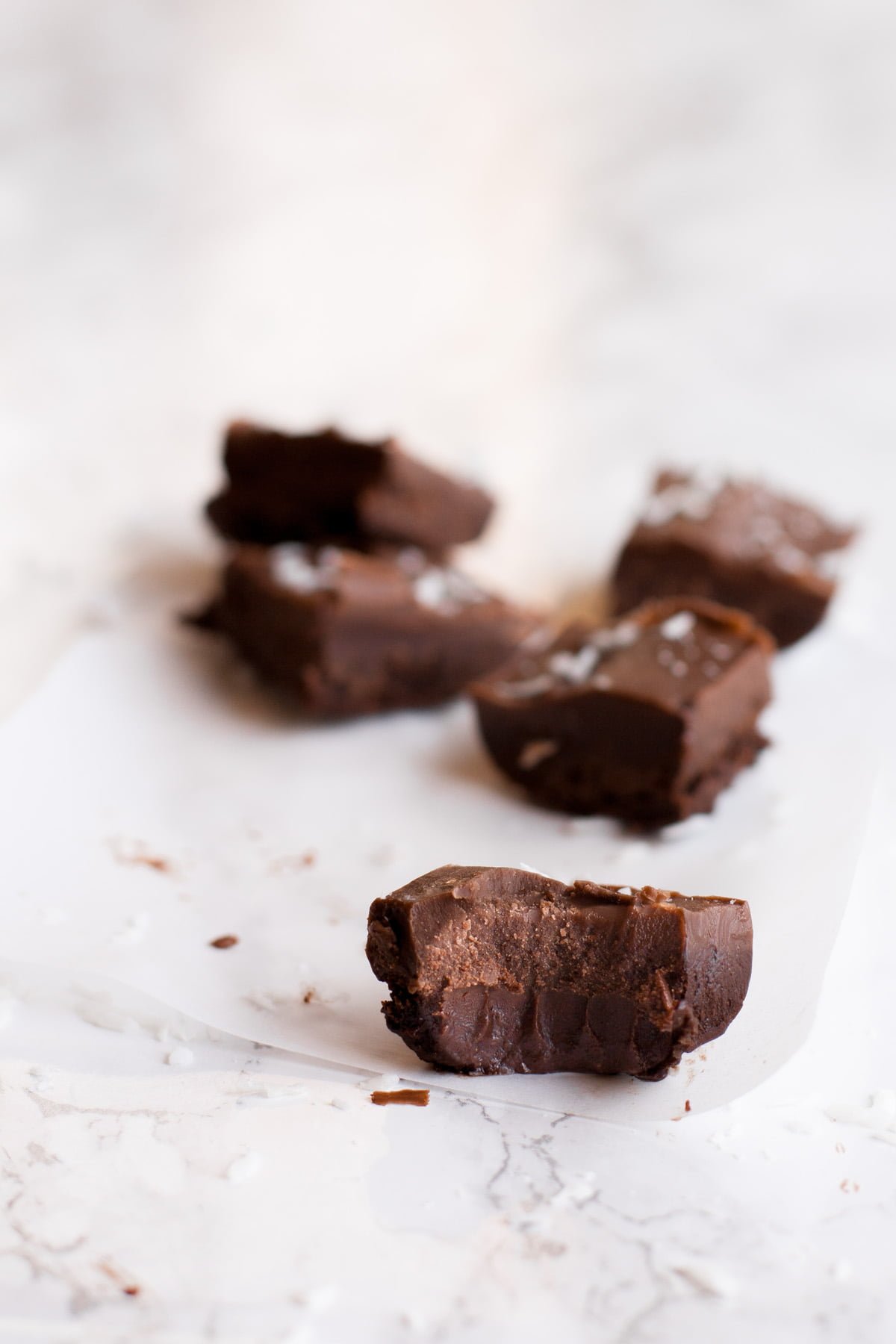 The kooky idea for this coconut oil fudge came from my husband, who was, like any good partner in life, desperate to help his wife with her chocolate craving. We had no chocolate in the house. It’s 800 years to the closest grocery store (#countrylife). So he got resourceful. Necessity is the mother of invention, and all that.

Half an hour later, there was a plate of fudgy chocolate pieces made with coconut oil, peanut butter, maple syrup, and cocoa powder in front of my face. And a half second later, they were in my mouth, and I was a very happy camper. Chocolate craving squashed.

This version doesn’t have peanut butter, but you can mix that in too, if it makes you happy. Adding in peanut butter just makes it a little less solid—but not less delicious. If you want a true fudgy square of fudginess—leave the PB out. If you aren’t so worried about texture, add PB (or any other nut butter) to your heart’s content. 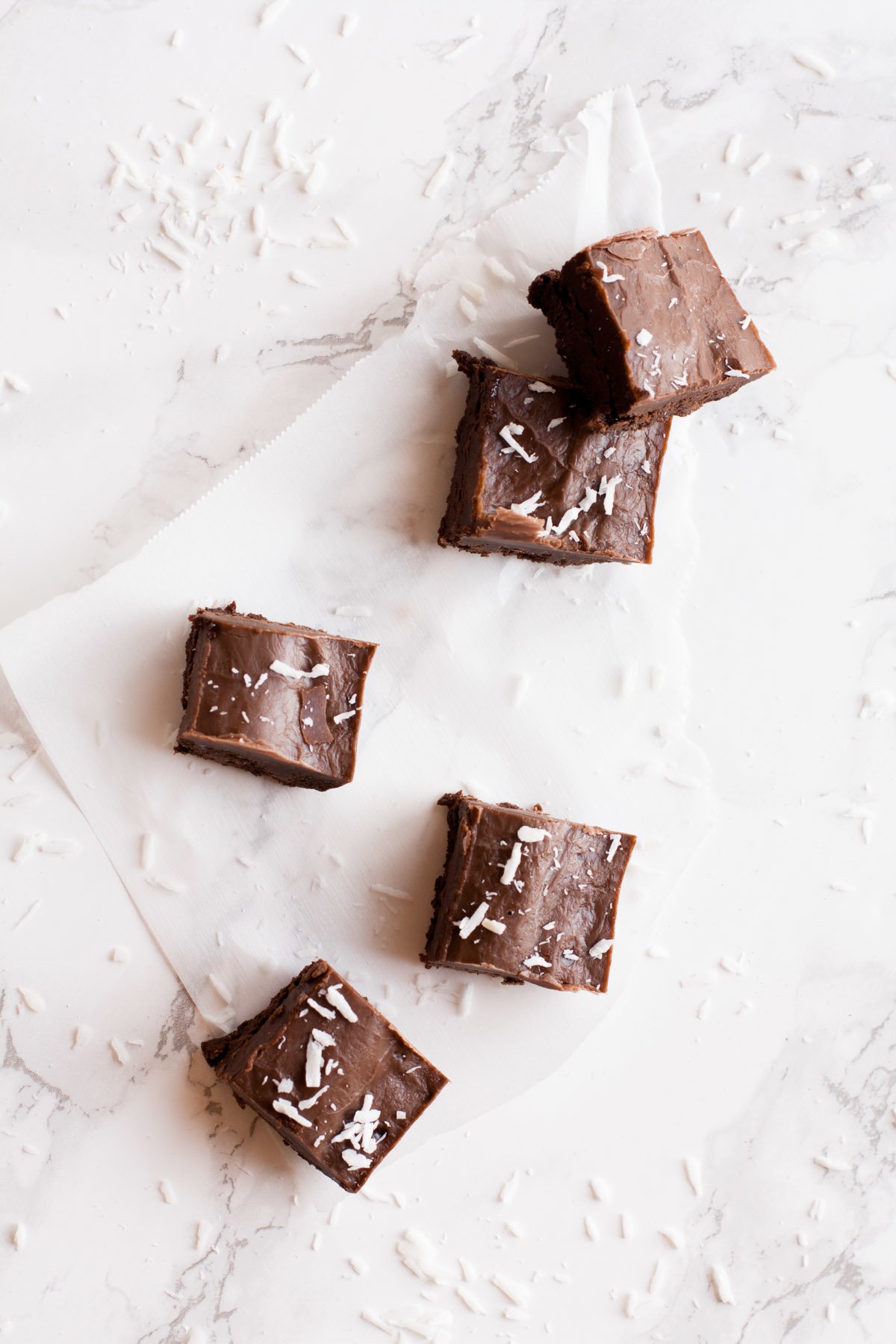 Now, I do have to warn you about this stuff. It is dangerous. Capital D. Angerous. It’s so easy to make and so delicious, that you’ll want to make it all the time, but it’s also super easy to polish off an entire batch on your own if you are a chocoholic of my caliber (although, it did take over three decades of intense training to become as good at eating chocolate as I have).

That’s one of the reasons why this is a small batch recipe. You aren’t going to get a big, party-sized plate of fudge out of this recipe. But you are going to get enough to squash any surprise chocolate cravings without giving yourself a stomachache. Enjoy!

I don't recommend making this any of the "regular" size baking pans, because the resulting fudge will be very thin (this is a small batch recipe). I like using a small square food storage container. If you happen to have a mini muffin tin, you can also use that for pre-portioned fudge bites.