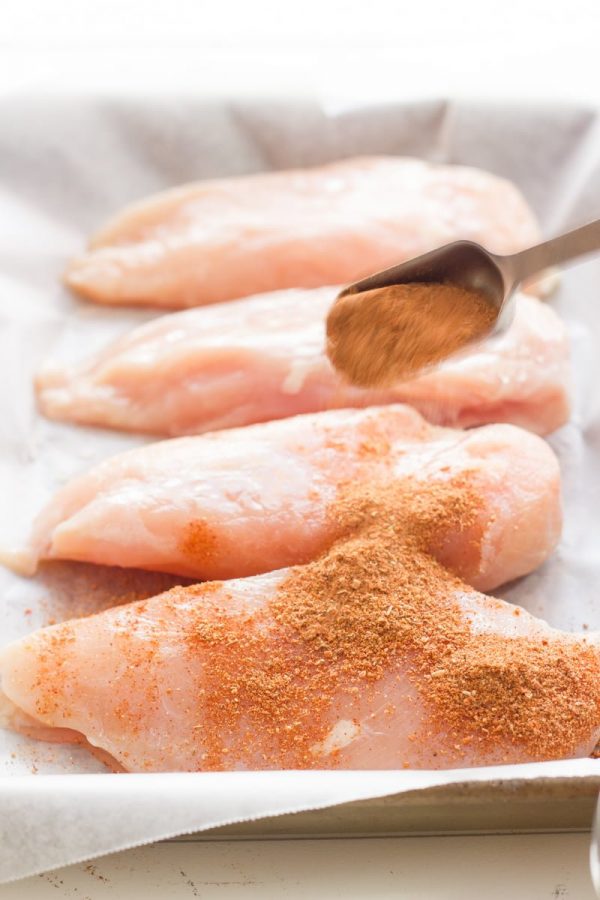 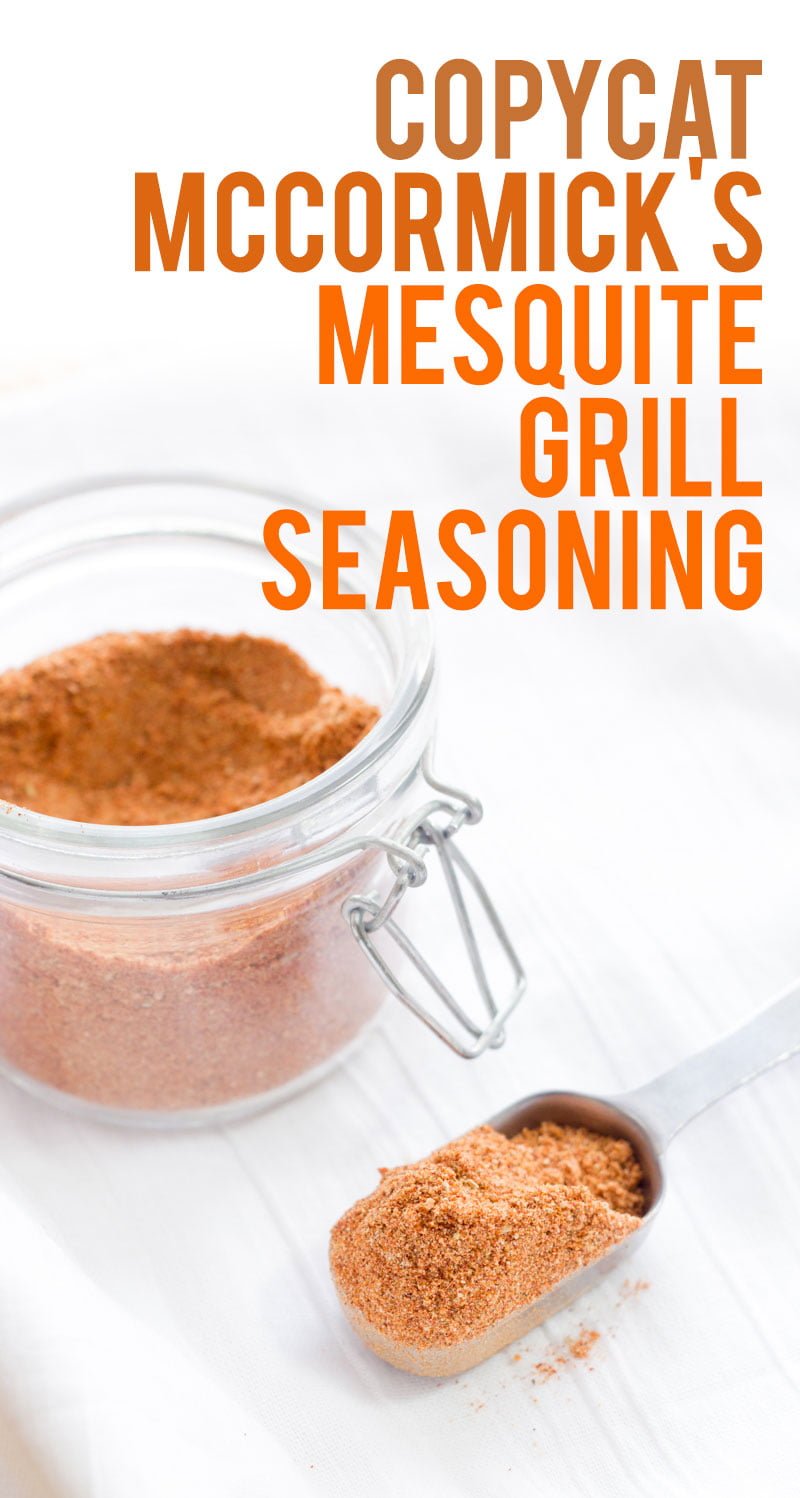 This Mesquite Seasoning copycat recipe means you can always have your favorite grill seasoning anytime!

When I do copycat or knock-off recipes, I try to have a reason behind them. Maybe the original version isn’t that healthy, and I want to make it more nourishing. Maybe the store-bought version is crazy expensive and my cheapskate ways take over. Maybe the product is hard to track down, and I create a homemade version out of necessity.

None of those reasons apply to this seasoning mix. I made this knock-off just because I wanted to see if I could. 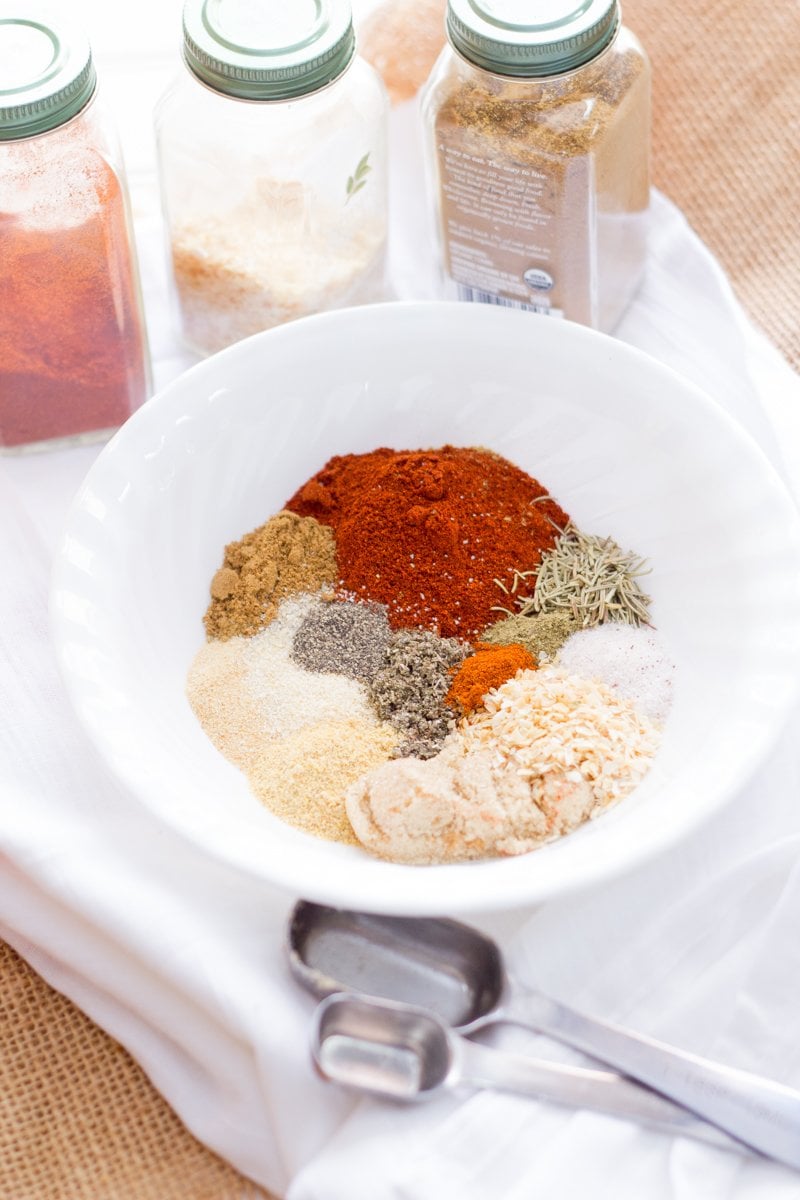 Mesquite seasoning was a staple in my house growing up, and McCormick’s makes a very good, affordable, all-natural version that is absolutely delicious on just about anything and everything you put on the grill. But I really wanted to test my spice knowledge and see if I could come up with a mix that was similar on my own. It took some trial, error, and some serious creativity, but I finally landed on a mixture that tastes remarkably similar to the mesquite seasoning you find in the bottle. 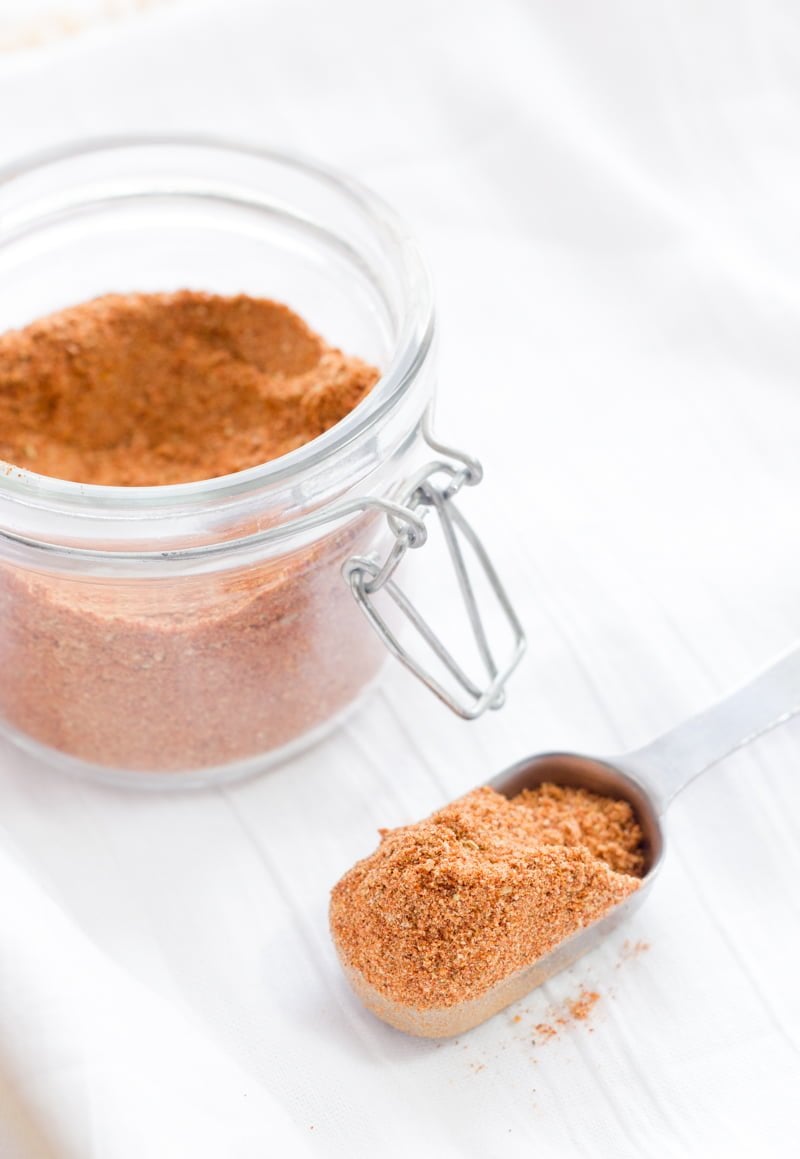 If you don’t know what “mesquite” is, it’s actually a tree that lives in the desert.  And to get that smoky, nutty, mesquite flavor in your food, you’d cook your ribs, chicken, or whatever over mesquite wood. I don’t know about you, but we don’t have any mesquite trees kicking around Southern Indiana. You can order mesquite powder and mesquite smoke extract online, and add it to your foods, but I wanted to see if there was a way to approximate the flavor without placing an Amazon order.

And you know what I figured out the key is? Dried mushrooms and sundried tomatoes. 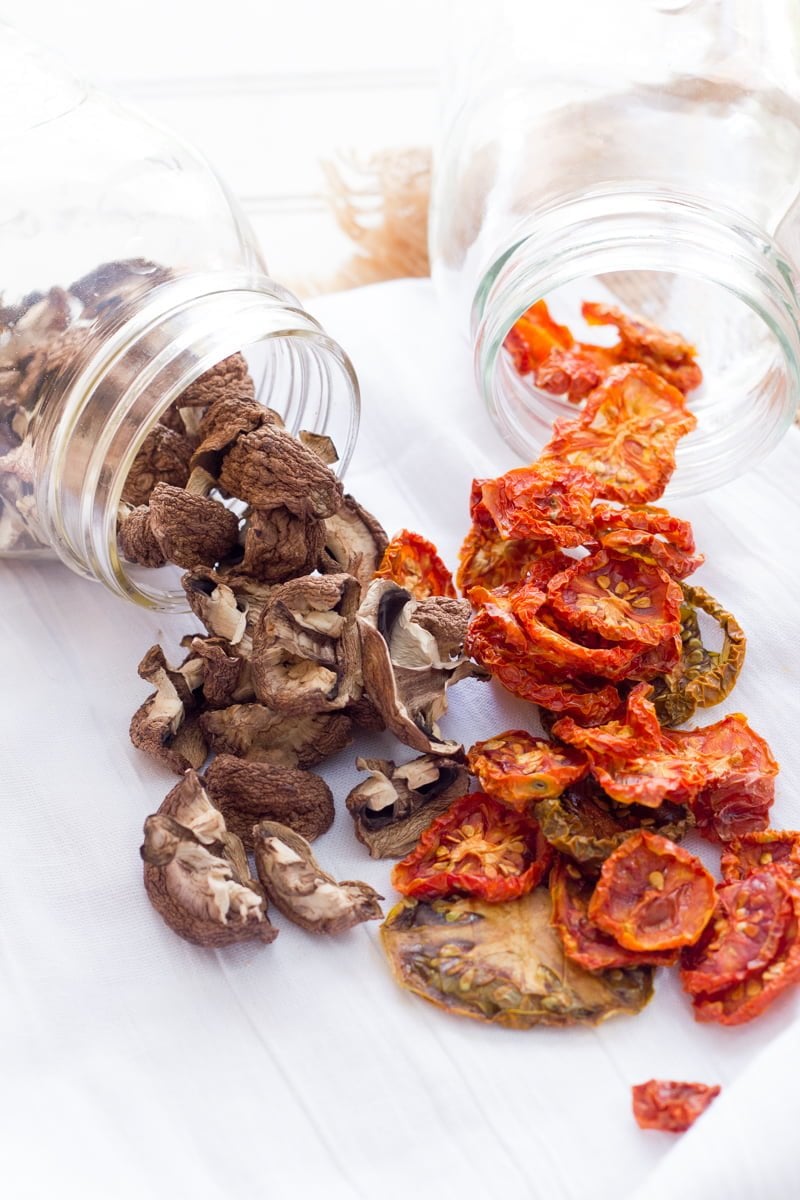 I know not everyone has jars of dried mushrooms and tomatoes in their pantry, but we always do, and when ground up in a coffee grinder, they ended up adding the perfect smoky, rich flavor to the spice rub. You could definitely leave them out and have a delicious grill seasoning, but if you happen to have some dried mushrooms and tomatoes around the house, this would be a great way to use them up.

In fact, mushroom and tomato powder are great ways to impart a whole lot of flavor into many dishes. Just a few teaspoons of tomato powder added to soup or pasta sauce equals a few cans of tomatoes flavor-wise. It’s a great way to store extra tomatoes or mushrooms (we actually wait until mushrooms go on manager’s special, and then buy them all and dehydrate them for use later). 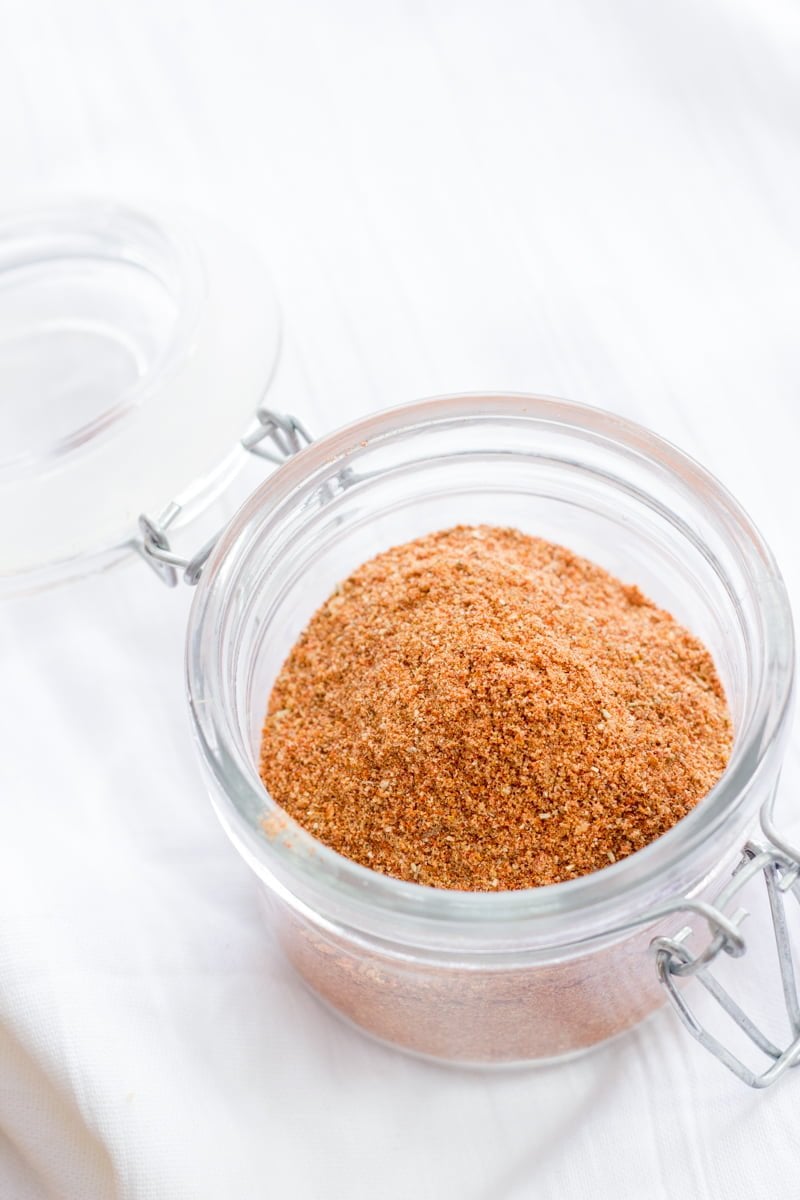 Like I said, this stuff is absolutely delicious on pretty much everything that hits the grill, but my favorite way to use it is on a super yummy chicken sandwich recipe that was a staple in my house growing up. I’ll be showing you that recipe next week, so either use the recipe below to make your own mesquite seasoning, or head out to the store and grab a bottle—because trust me, you’re gonna want to pull the grill out of winter storage and make this chicken sandwich. 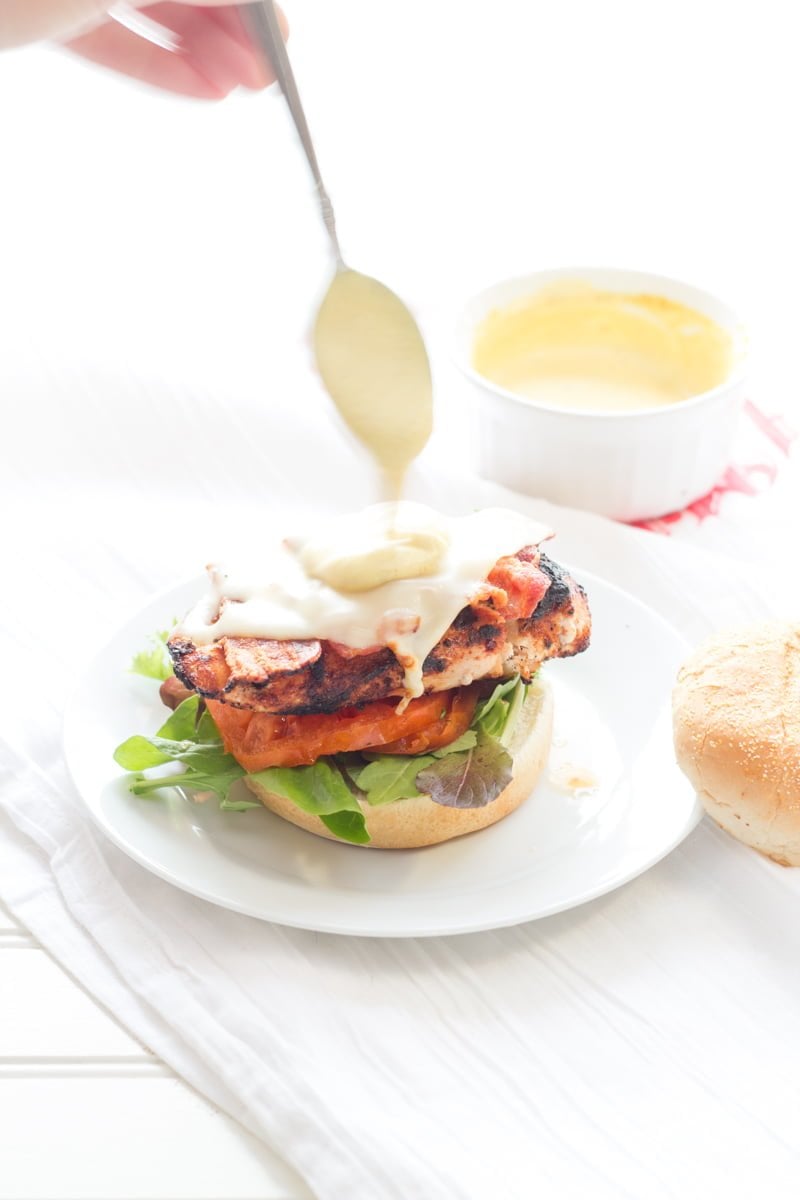 I won’t fault you if you just run out and buy your own jar of mesquite seasoning. I understand not everyone has the strange desire to remake perfectly good products at home like I do. Enjoy!