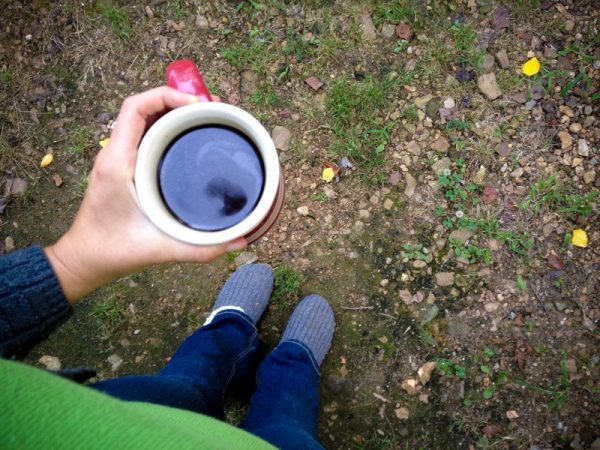 If you and I were to sit down for a cup of coffee this morning, I’d tell you that the idea of a coffee date was actually kinda ironic because I’m not drinking coffee right now. And then I’d probably order some sort of iced herbal tea, because I’m also off of soy and dairy—making pretty much everything on the menu at the coffee shop off-limits. That’s alright, it’s all so my baby girl feels better, so that makes it worth it.

Once we sat down, I’d probably tell you that I’m really struggling with how much of my private life I want public now that I’m a parent. It’s no longer just my life that I’m sharing, it’s this tiny human’s, too. And I feel like my sole purpose is to protect her. Part of me wants to shut out the whole world, but the other part of me wants to spread around all this immense joy I feel everyday. It feels like too much happiness to keep to myself. Especially considering the state of the world. 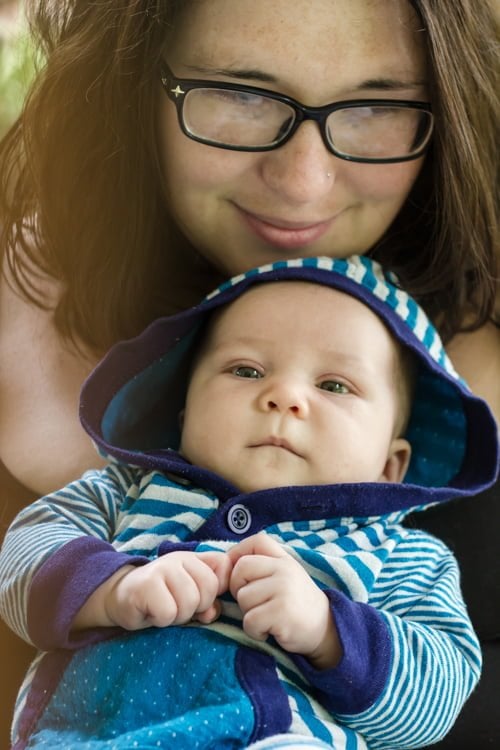 You’d probably ask if the baby was sleeping through the night yet (because that seems to be the question everyone wants answered), and I’d probably give a hearty chuckle, because our sleeping arrangements are decidedly unorthodox.

I’d confess that since we’re dealing with a baby with severe reflux, we haven’t let her sleep without one of us awake nearby since she was diagnosed six weeks ago. Which means we split the night up into two shifts—Craig takes from 8pm-3am (with him waking me up once for her to eat), and I take from 3am-10am. The irony of this situation is even though both of us sleep on strange schedules, we’re actually both getting more sleep than most parents of newborns. I haven’t felt sleep-deprived since the first week we were home.

So no, she isn’t sleeping through the night, but we’re cool with that.

Then, I’d tell you how it was a blessing-in-disguise that Craig was laid off from him job during paternity leave. I know it’s unfashionable to talk about money, but I’d admit to you that it’s taken some financial rearranging to deal with the sudden loss of work. And then I’d tell you that even though it’s been hard, it’s probably the single best thing that’s ever happened to us, because it means we both get to be home with our baby girl. Silver linings and all that stuff. 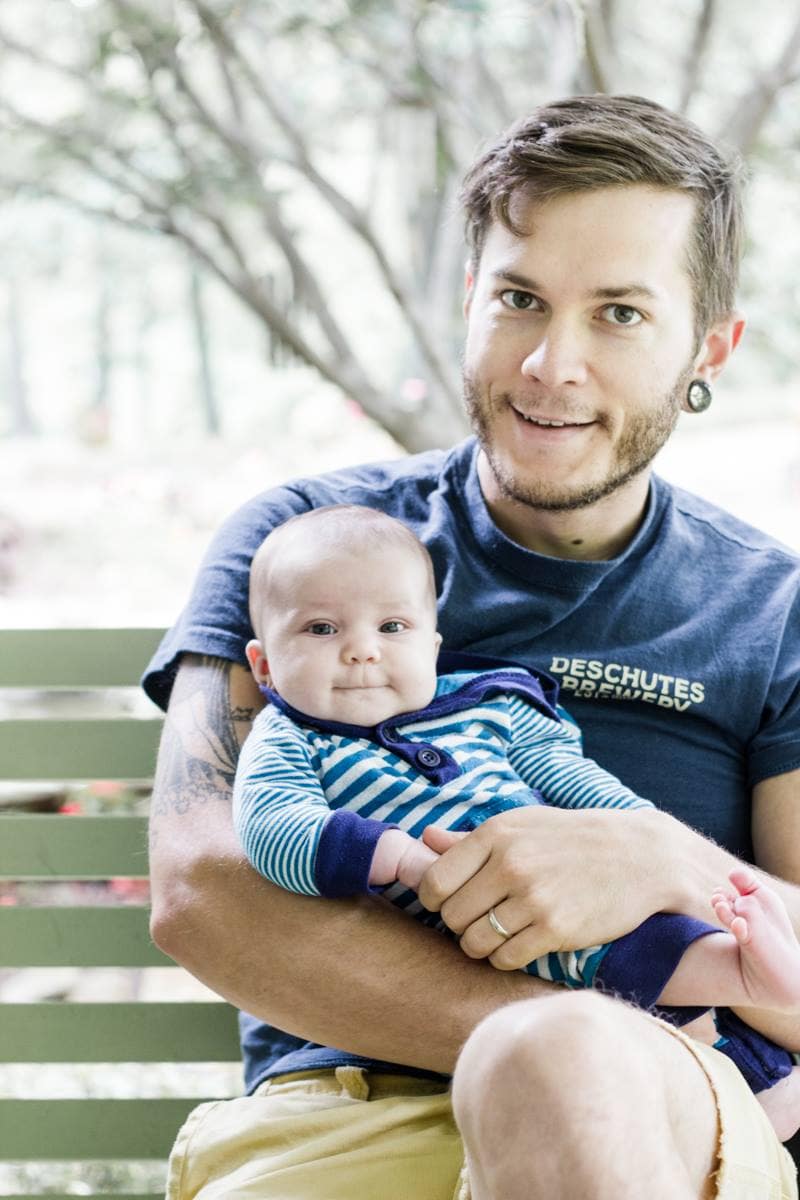 We’d talk about how I’ve re-watched both Friday Night Lights and The West Wing during my late-night nursing sessions over the past two months. And now I’ve moved onto re-watching Gossip Girl. If you’re a mother, I’d probably ask for your reassurance that I’m not totally ruining my child’s brain by watching TV while she sleeps on my chest.

If you were pregnant, you’d probably ask me for some advice, and the biggest piece of advice I’d give you is to throw away all your parenting books. Seriously, don’t read them. Your instincts are the only guide you need. And all those books will do is make you feel guilty when you don’t follow their recommendations exactly. Which you wont. Because every family is different. And no one has ever written a parenting book about your family.

And then I’d ask you if you want a box of baby clothes. Because a new outfit or two gets thrown into the “too small” pile every day.

Since you’re polite and a good conversationalist, you’d probably ask how my work was going. And I’d tell you that I am so happy in my career it isn’t even funny. I’d talk about how miserable I used to be in my job—how I’d cry almost every single day—and how drastically different my life is now. It feels like an entirely different universe. I’m in such a healthier place. And I’m so proud of the work I do. Sure, I still have frustrating days, but that’s life. And overall, I’m so much more fulfilled in what I do. 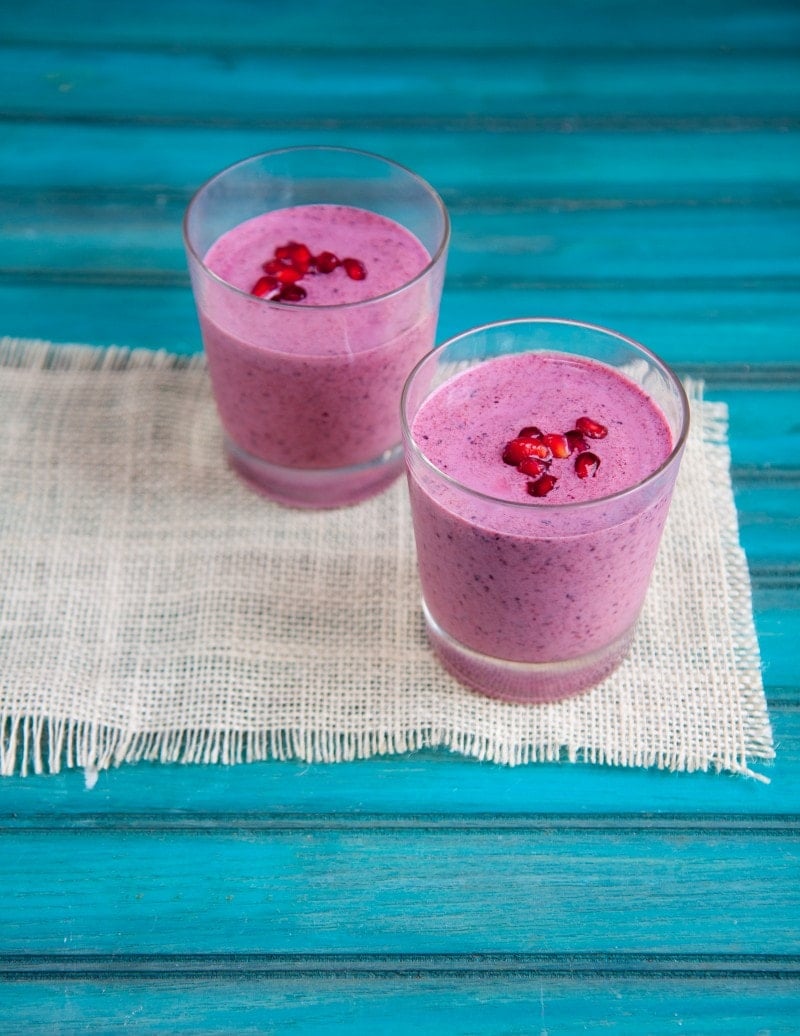 I’d ask you how your family was doing. And then I’d try really hard not to talk anymore about my baby girl. She’s really all I want to talk about all the time, but I’m not so far removed from being childless that I don’t remember how annoying that can be. I refrain from telling poop or spit-up stories. And try to think of something non-baby related to talk about. 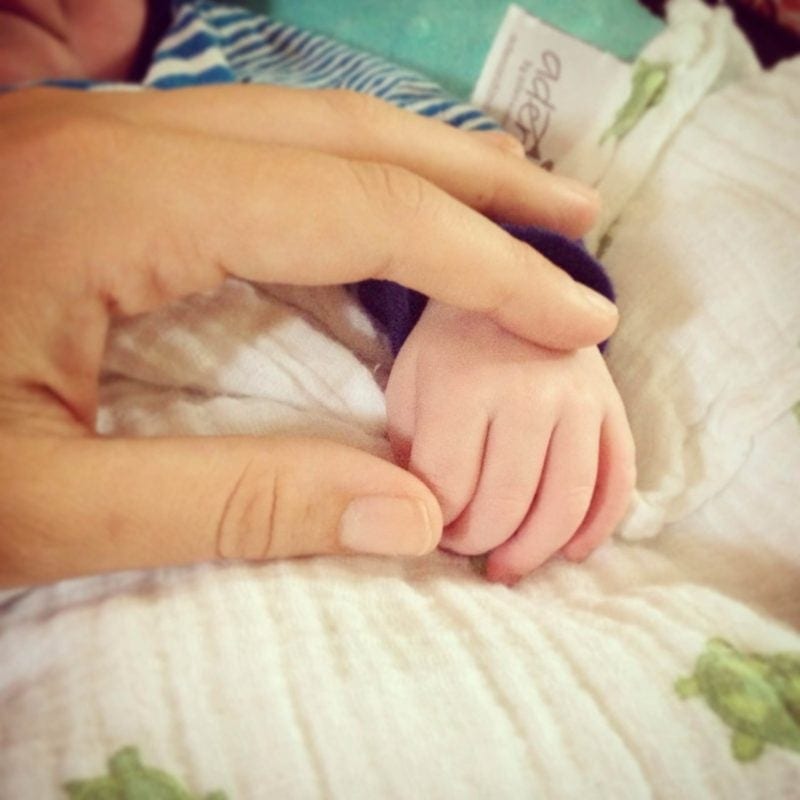 I decide to talk to you about my other baby—our garden. I tell you all about our grandiose plans next year to plant even more space and sell at the farmer’s market. I tell you that Craig and I really want to start a CSA, but are petrified to take the leap because the number of successful farmers out there that make a living wage off their farm is pretty much right around zero.

I’d then tell you how excited I am to spend hours and hours with JuneBug in the garden when she’s a little older. I remember playing in the freshly-tilled soil as a kid, and I can’t wait to give her those same memories.

Whoops. There I go again, talking about the baby. 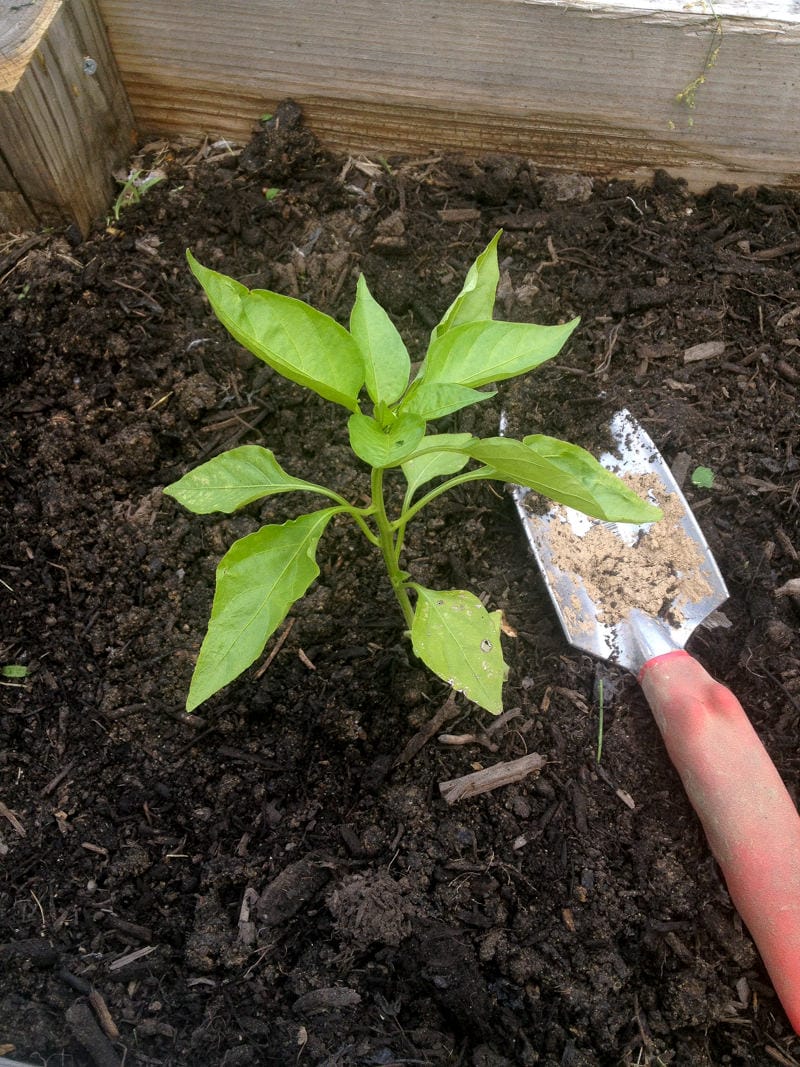 I’d tell you that I tried to workout last week and it was so difficult, I cried. But it also felt so amazing. I’d tell you that it’s going to take some time to get used to this new body—the parts just aren’t all working the same way they used to. 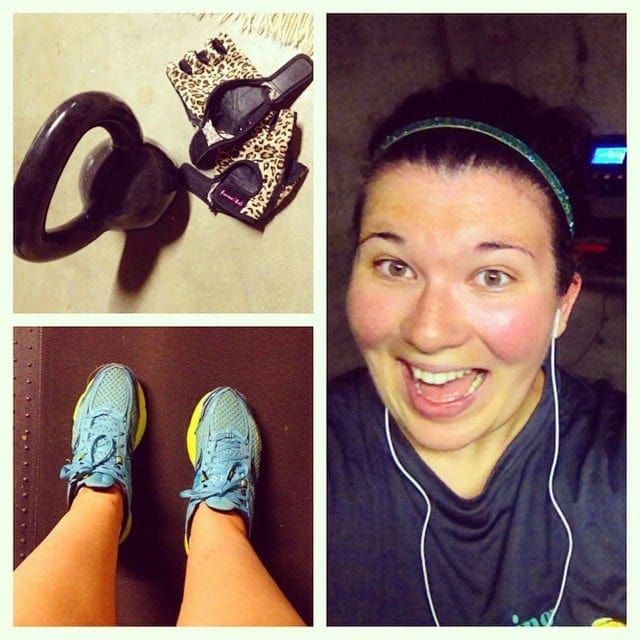 I’d then probably apologize for unloading all my baggage on you. Let’s change the subject.

We’d start talking about the good food we’ve both been eating lately. I’d tell you that I’m totally obsessed with mashed avocado on toast, topped with a few slices of our homegrown tomatoes, salt, pepper and a perfectly-runny poached egg. I’d admit I’ve eaten it at least once a day for pretty much the last month. 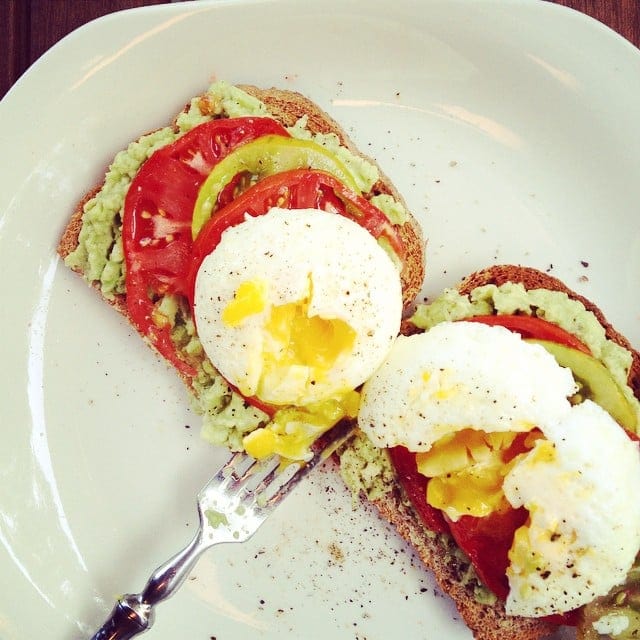 I’d tell you that I’ve started to drink beer again (oh, how I missed it), but I’m such a lightweight now that about a 1/4 cup of the stuff gets me good and buzzed. Hey, at least I’m a cheap date. 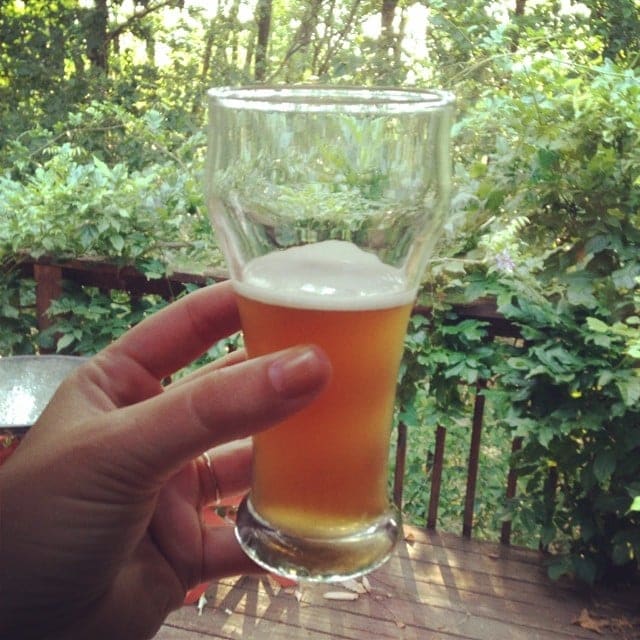 I’d then tell you about the most perfect (orange!) honeydew melons we grew this year. And then I’d beg you to take one off my hands because we have a million of them sitting on our counter. No matter how delicious, two people can only go through so much melon before it goes bad. In fact, I’d probably hand you a whole bag of produce to take with you before you leave. 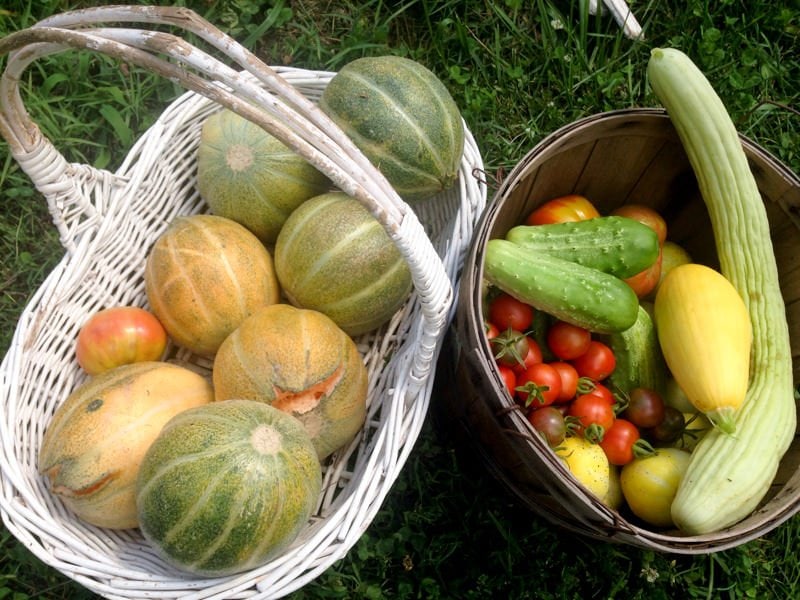 Then I’d probably apologize for scratching so much, but I can’t really help it because the lower half of my body is covered in poison ivy—and has been for the past month. You’d ask where I got it, and I’d tell you it was from walking the path to my parents’ house a few times a week. I’d tell you it took me an embarrassingly long time to figure out the source and start wearing boots and long pants over instead of flip-flops and shorts. You’d tell me not to scratch. I’d nod my head and then try to covertly scratch between my toes. Because it itches worse than any itch I’ve ever had before. 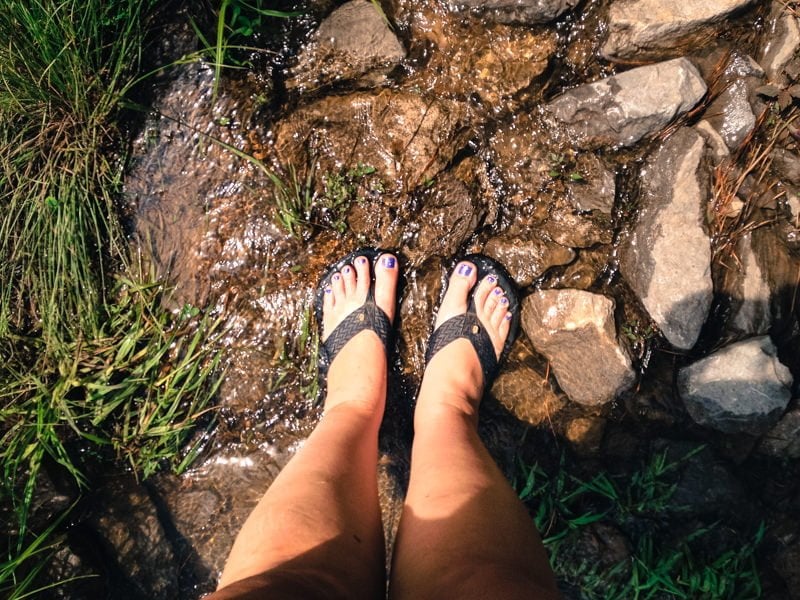 I’d look up at the clock and realize I spent all of this time together babbling on about my life, without asking you much about yours. I’d promise to be a better listener next time, and then I’d ask that maybe we go for pedicures for our next coffee date, because my toes haven’t been touched since the day before I went into labor. And I’ll try to have something non-baby-related to talk about.