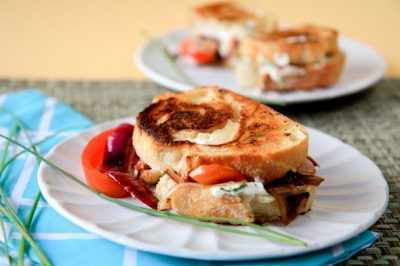 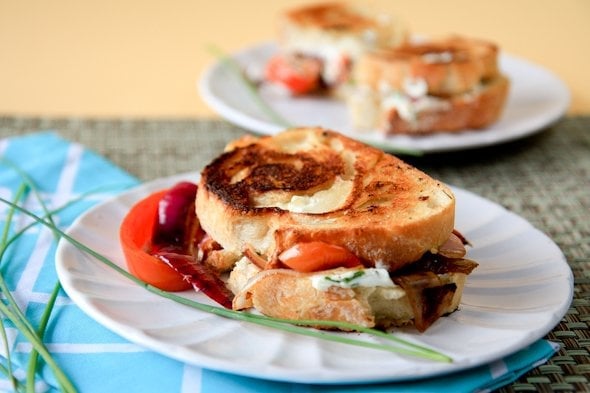 This causes issues, because El Babyfaceo is the King Supreme grilled cheese maker. It was only a few years ago that I even learned to make one without burning it and even now, his skills are much, much better than mine. Because he’s the master of our collective grilled sandwich destiny, this is usually how the exchange goes:

Me: Mmm! Do you want to have grilled cheese with dinner? That sounds good!

*I picture buttery, toasty bread with loads of gooey cheese*

*10 minutes later, he puts sandwich in front of me*

Me: Mmm! That looks delicious! But I thought we were having grilled cheese?

Him: That is a grilled cheese!

Me: It has bacon, tomatoes, yogurt, seven different kinds of cheese, soy milk, chocolate bars, jelly beans and a beer bottle on it, that’s not a grilled cheese.

Him: But it’s grilled. And has cheese on it. Grilled cheese!

Me: Thanks for the sandwich, Baby.

After being together for almost six years, I’m finally learning that if I want a real grilled cheese, I need to make it myself and leave the fancy grilled cheesin’ to the hot Canadian with the tattoos. But that’s totally fine, because Babyface does come up with some awesome ideas while he’s making his not-really grilled cheese sandwiches. And this was one of them. 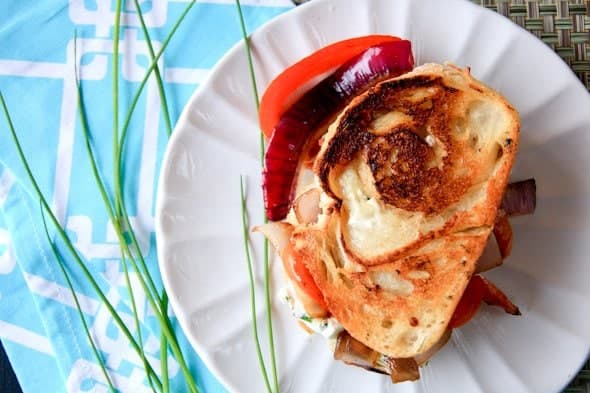 He’s been on a creamy, gooey goat cheese kick and I ran with it and it turned it into this deliciousness. It’s an amazing sandwich, but it is not, and will never be, a grilled cheese.

Alright, who’s right? Me or Babyface?