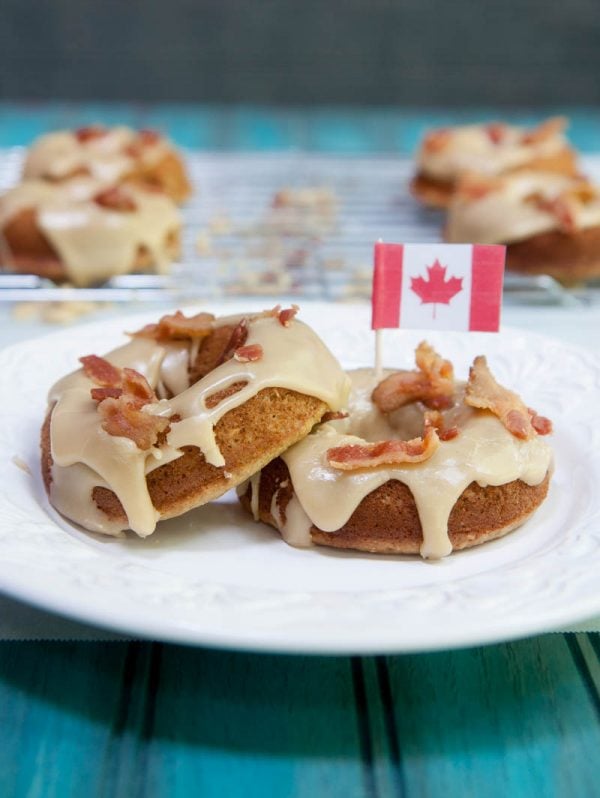 This is an ode to my second favo(u)rite country in the whole wide world. A tribute to the place that gave us hockey (and surprisingly, basketball, too), peanut butter, poutine, garbage bags, and the Wonderbra. A country that embraces me in a big, warm Hudson’s Bay blanket-covered hug every time I come visit. A country that is the birthplace of William Shatner, Alex Trebek, Celine Dion, Alanis Morissette and, most importantly, my very handsome husband. 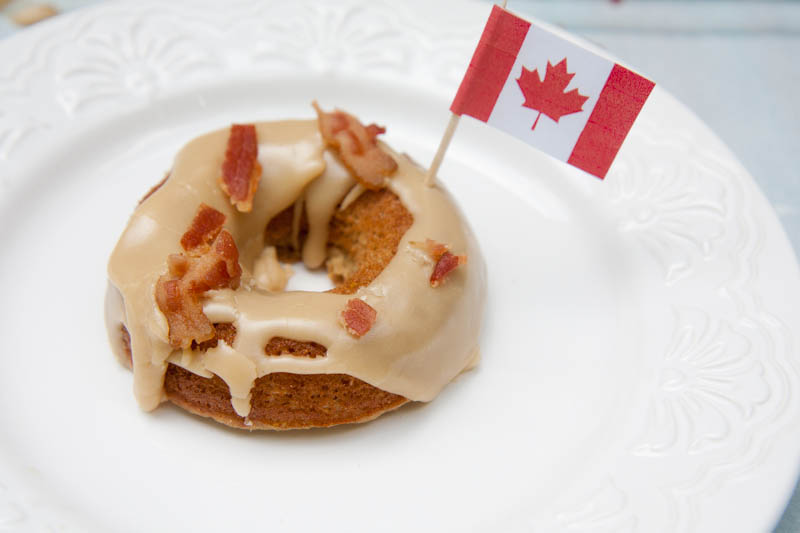 Even though we live in the U.S., it’s really important to us to make sure we take some time on this day every year to celebrate my husband’s home country. When Craig and I decided to get married waaaay back when, we talked about living in both places (me moving to Northwestern Ontario or him moving to Southern Indiana), but the U.S. eventually won out mostly because I had a steady, well-paying job here (well, that and we don’t get -40° in the winter here). But even though we made our home in the U.S., and we’ll probably always be U.S. residents, Canada is still very important to both of us. We fly the Canadian flag, we cheer for Canada in the Olympics, and we always celebrate Canada Day. 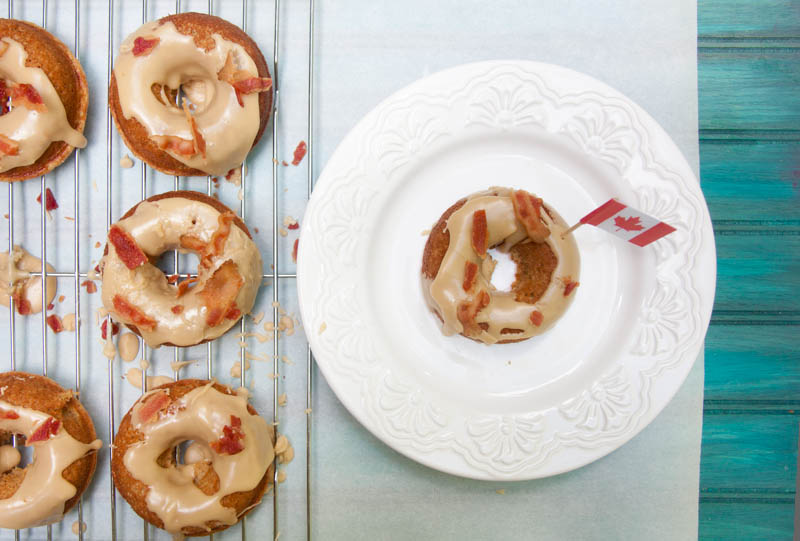 Canada Day celebration for us here usually means eating really good food (almost always these burgers), drinking lots of beer and dressing up head-to-toe in red, white and maple leaves. This year, I’ve been informed that poutine is on the menu, too—Craig was even able to find cheese curds at our local grocery store. Score!

My addition to the culinary celebration? Donuts! 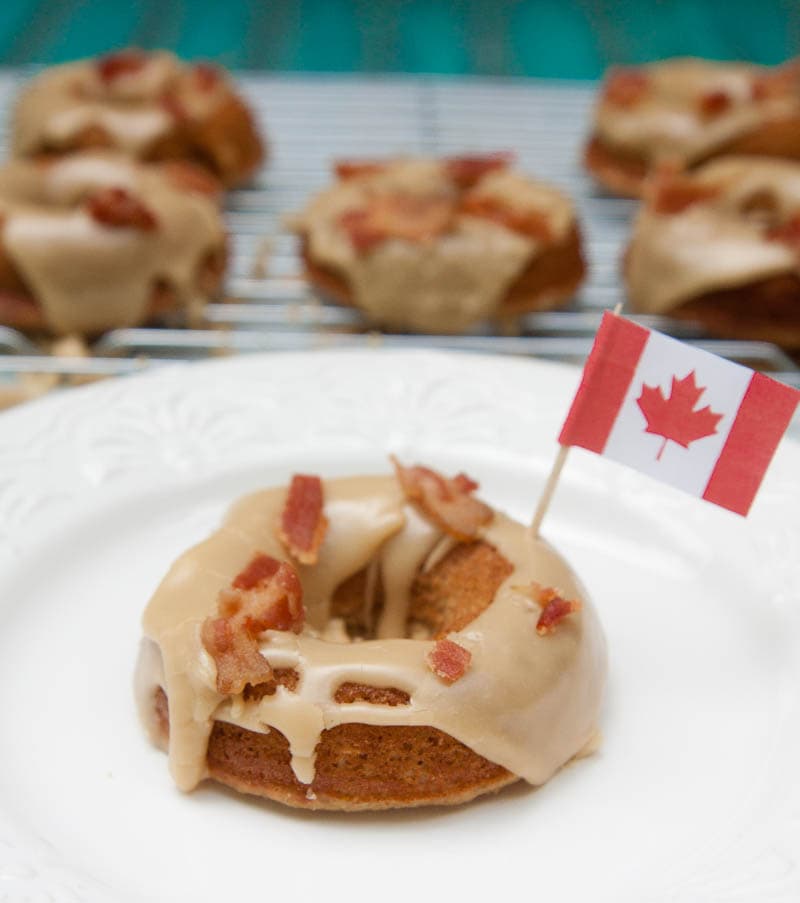 I’m actually not a huge donut fan. Donuts are way low on my list of favorite foods. I’ll take so many sweet treats before I’ll take a donut. Whenever a big box of donuts would show up at the office? No interest. But my husband? My husband is a donut fiend. And in true Canadian fashion, loves maple-flavored anything. And in true meat-eater fashion, is obsessed with bacon. So this donut is pretty much Craig’s perfect food. And since celebrating Canada Day isn’t just about the county, it’s about celebrating this amazing man of mine who left his friends, family, and country to be with me, this is for him.

Sometimes I start to think about what it would be like to pack up all my stuff and move to a whole other country, and it blows my mind. He did it without a second thought, really. I know, it’s not like he moved from Tokyo, but the cultural differences are still there, and I consider that move pretty much the ultimate act of love and selflessness. Plus, we’ve made a pretty good life here in the good ole U.S. of A. 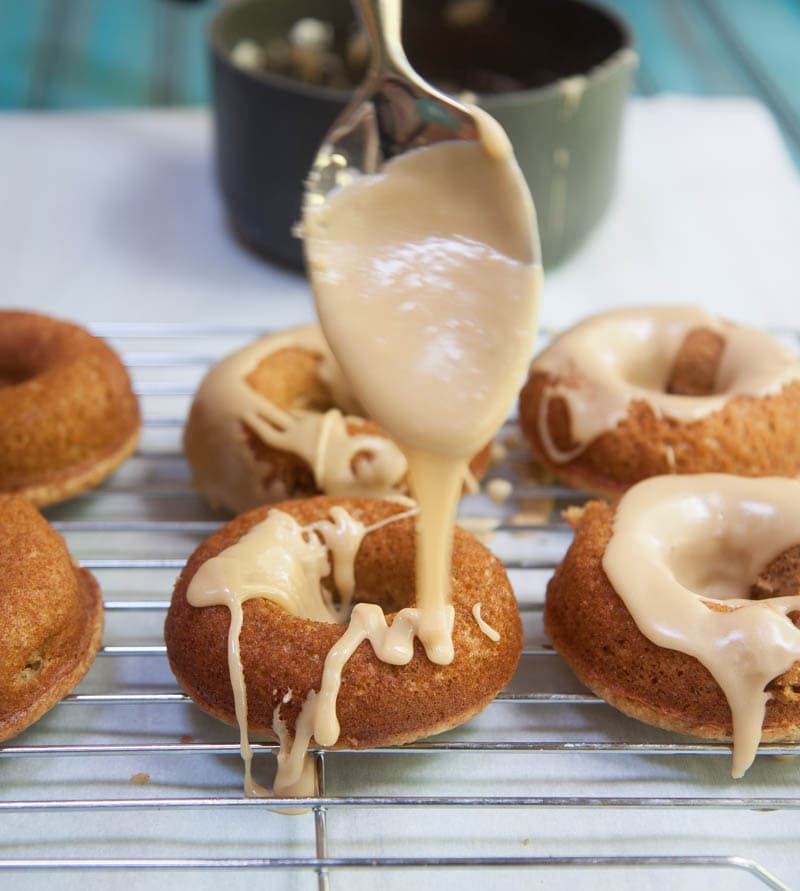 We have this future vision of having billions and billions of dollars and being able to buy a house somewhere in the Great White North and spilt our time between the two countries. We’d love to both eventually be citizens of both countries (as well as our future children), but who knows if the lottery will ever come in to make that happen. For now, we try to get up to visit at least once a year, we wear our maple leaves proudly and we celebrate like crazy here in Canada South on July 1st. 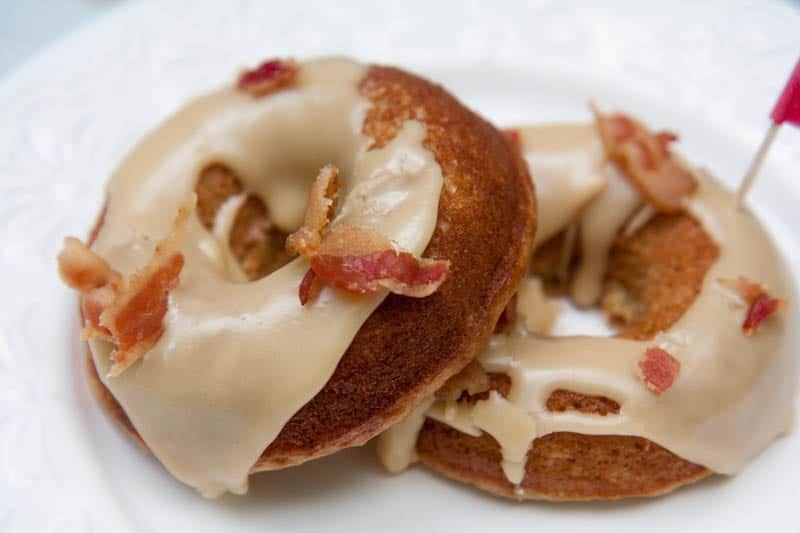 Even though I don’t love donuts, I have to say, I can totally get on board with the baked donut trend. These suckers are fluffy, flavorful and not at all greasy. In fact, the donut part of this combination is actually pretty darn healthy! It’s loaded with applesauce and Greek yogurt to keep it moist and sweet.