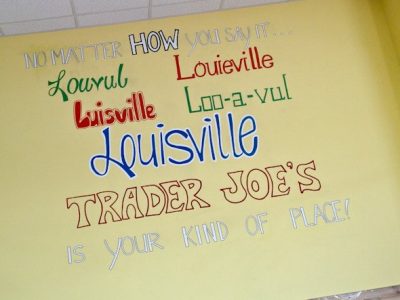 (In case you are curious, I say it like the first green one.)

There are a lot of great things about where we used to live, but one thing that wasn’t so great about Bloomington was that it was a little isolated. Not, Into the Wild kind of isolated (side note: Emile Hirsch is Babyface’s doppelgänger), but definitely far enough away from any major cities to make certain luxuries inaccessible.

Now, even though we live in a much, much smaller town (read: population of 1400) we are actually much, much closer to all the amenities of the big city. We’re a hop, skip and a big jump over the Ohio River away from Louisville, Kentucky. Which has pretty much everything a girl could ask for, including a Trader Joe’s and a Costco. 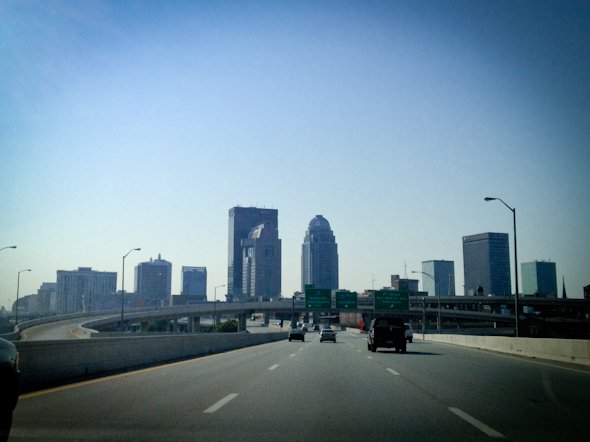 Babyface and I set out to the Big City on Friday to stock up on low-cost foods from both TJ’s and Costco. We’d only been to Trader Joe’s once before (and it was a small, small store in Chicago) and had never hit up a Costco before. It was definitely an experience. 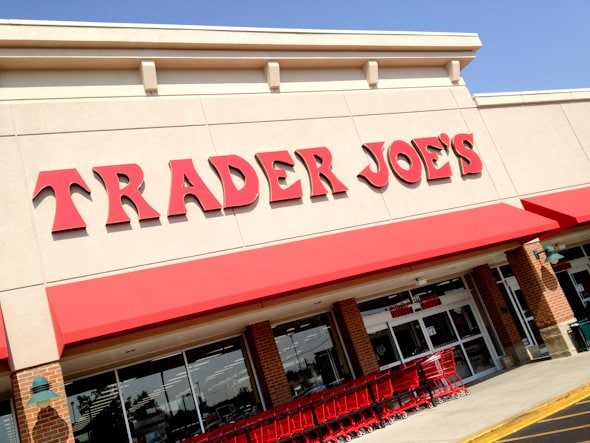 We hit up TJ’s first and, let me tell you, I went crazypants. Crazy. Pants. We dropped over $200 and I don’t regret a single penny of that! I’m guessing most of you already know the joy that is TJ’s, but this was really my first time shopping there for realsies. 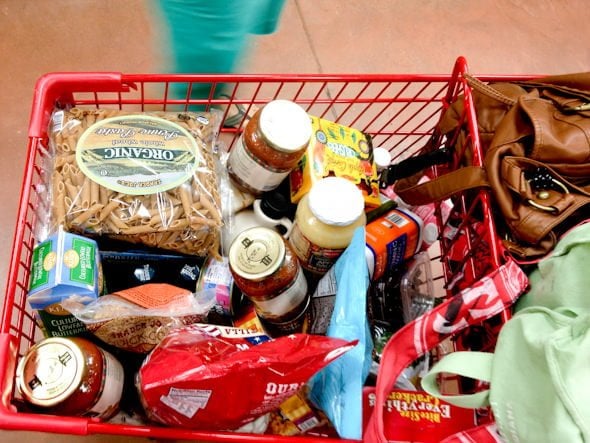 Things that had me the most gobsmacked were cheap as hell organic cherries, cheap as hell whole wheat pizza dough and the insane selection of dark chocolate covered things. 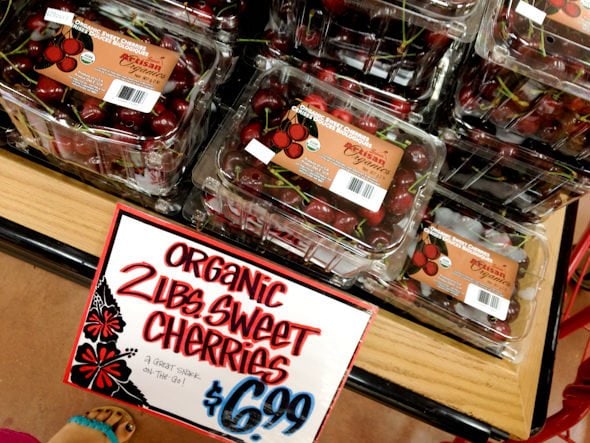 We were also really stoked to find some all natural turkey jerky, which we noshed on in the car as we made the 15 minute trek out to Costco. Jerky gets a bad rap because of the yucky, processed, chemical-filled kind found at gas stations. But if you can find all natural stuff, it’s actually a really amazing, low-calorie, high-protein snack. And yummy dipped in hummus. Which is what we did the whole way to Costco. 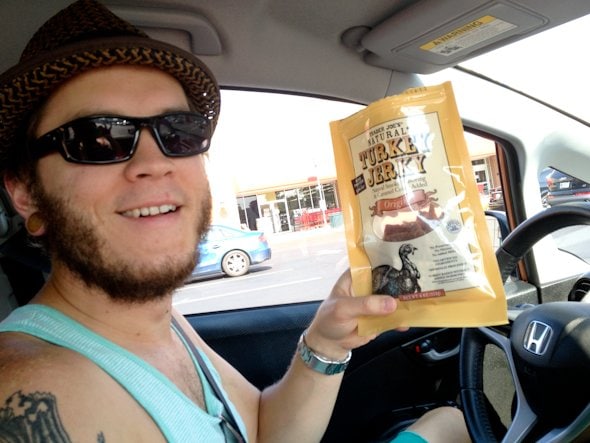 I’m not sure I was really prepared for the amazingness that is Costco. I mean, I knew what I was getting into with TJ’s, but Costco almost blindsided me (read: we spent the same amount as our car payment). 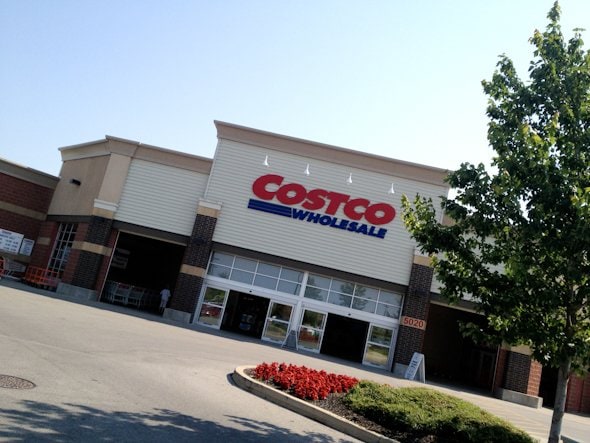 There were so many organic, all natural and healthy options for so incredibly cheap. Like a giant bag of organic quinoa for $9 (which we bought)! Or this amazing 72 ounce bag of chocolate chips (which we, sadly, did not buy). I want to live in this yellow bag. 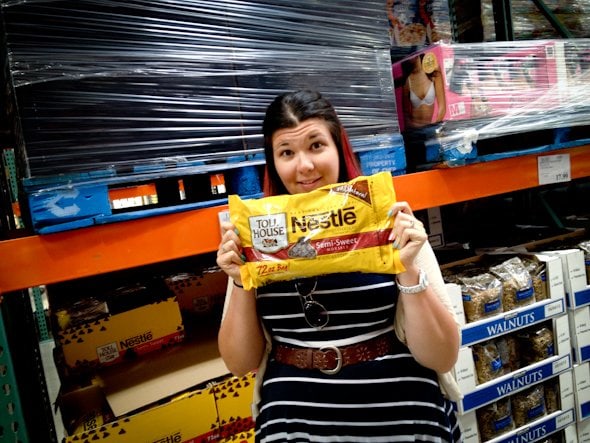 Thankfully we have a ton of storage in our house, because we needed it after unloading this cartful. 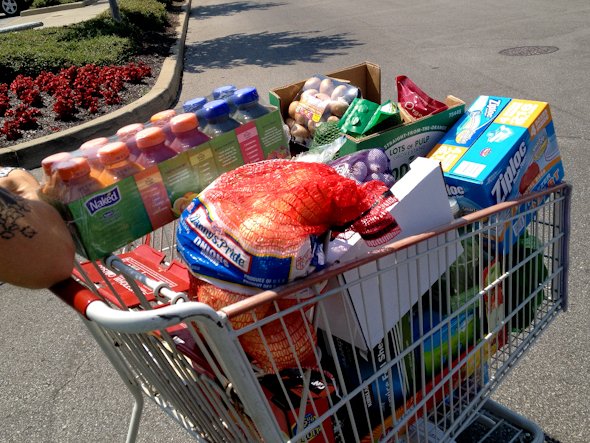 Overall, I’d say our trips to both stores were super successful! Because it does take 30-45 minutes to get to them, I’d say it’s a once-a-month kind of deal, but it’s nice to have some really good options within driving distance.

What’s your favorite item to buy at either Trader Joe’s or Costco?